The ancient city of Baiae in Rome is being compared to Las Vegas, in which it was a blooming area frequented by the nation’s rich and famous personalities. Baiae was once a popular resort where the elites and emperors expend their wealth and enjoy lavish parties. But 1,700 years ago, this grand city lost its vibrancy after nature took a lash at it and made it disappear beneath the waves.

Fast forward to many thousand years later, the site was rediscovered by an expedition team and it was found that most of the statues and mosaics have been beautifully preserved. Italian photographer Antonio Busiello captured stunning images of the old prosperous city, giving people a glimpse of what the luxurious playground was like in ancient Rome.

The sunken city of Baiae is found in the Gulf of Naples, Italy. 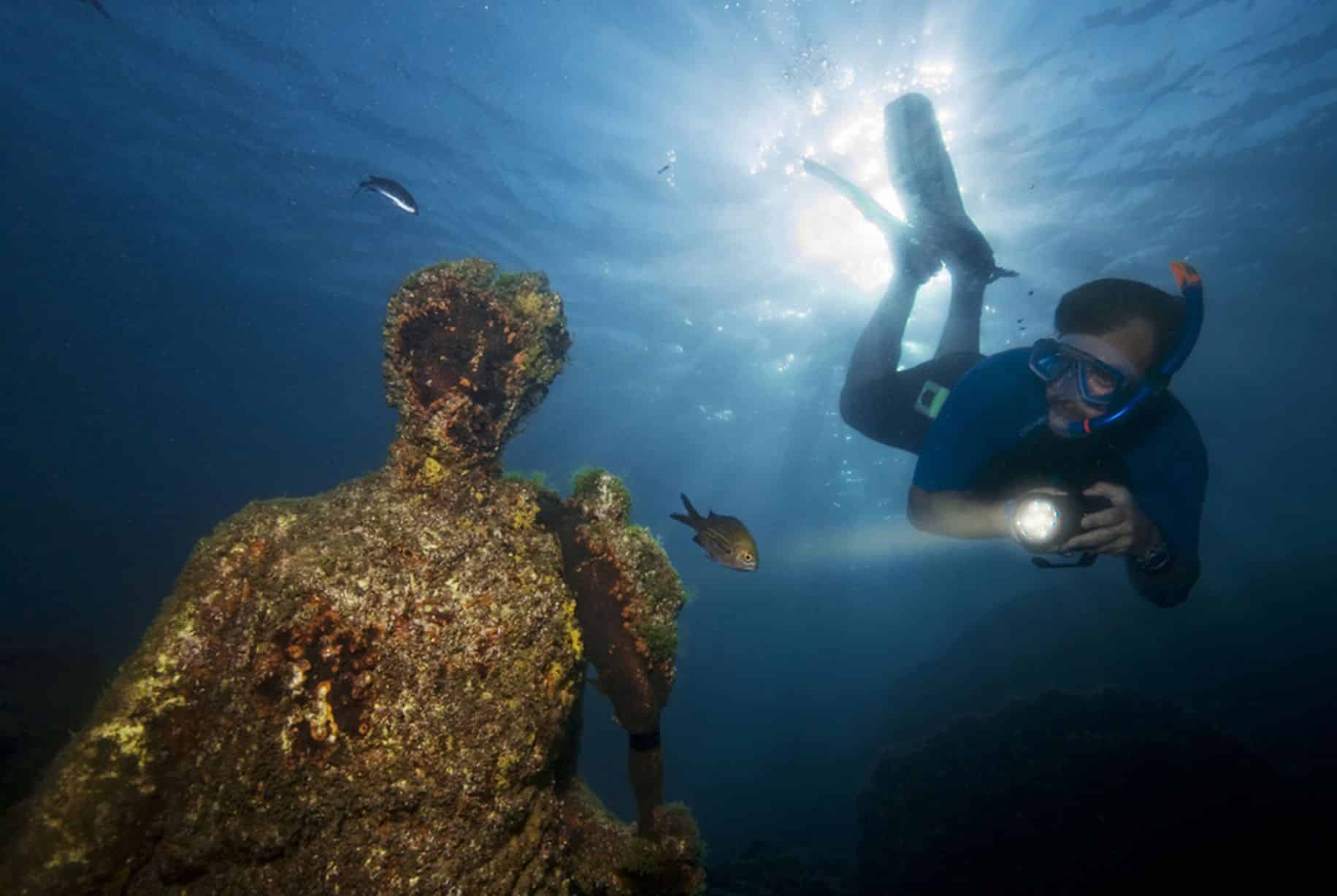 Baiae was once a spot frequented by the rich and famous of Ancient Rome. 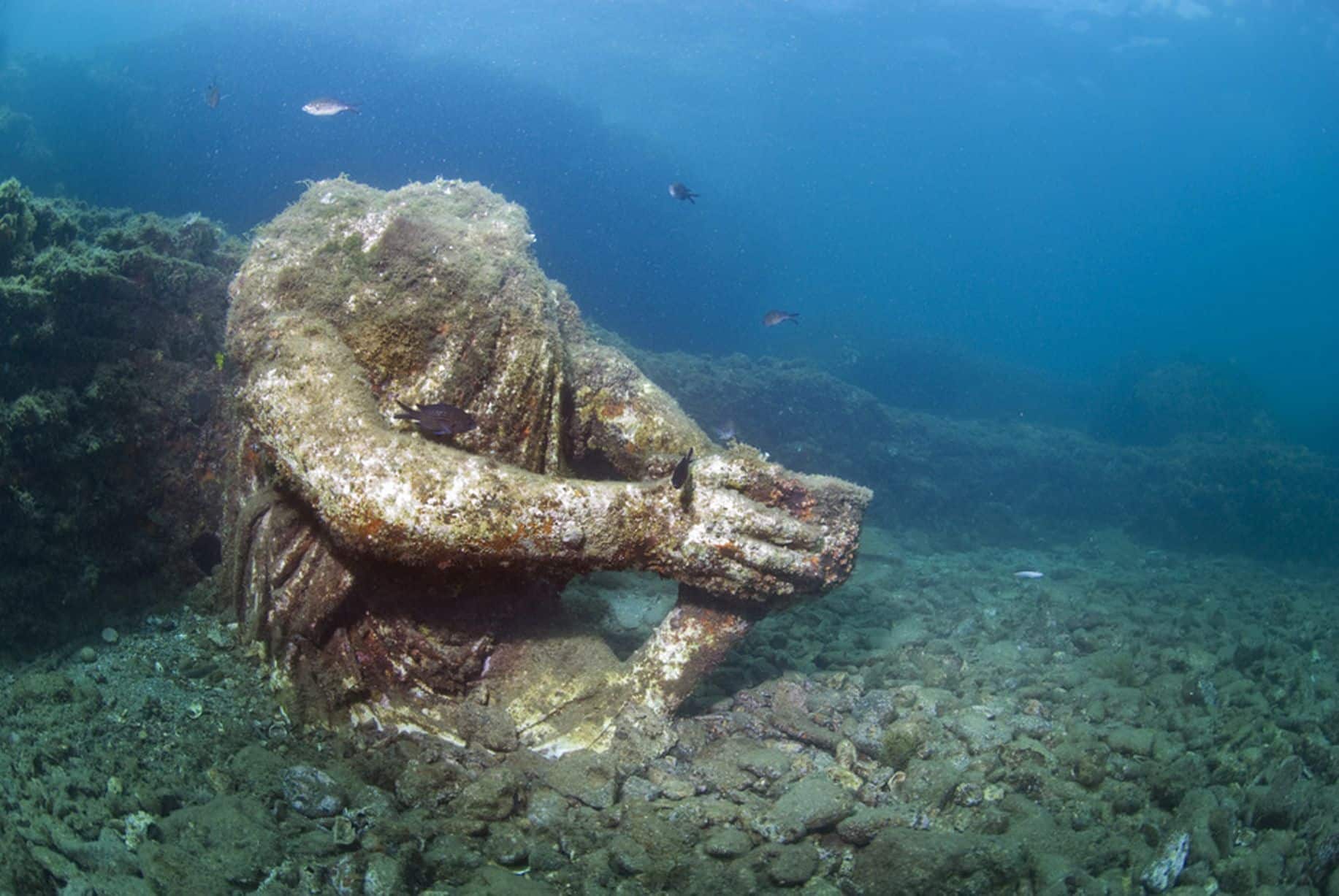 Personalities like Julius Caesar, Nero, Pompey the Great, Marius, and Hadrian used to visit the city… 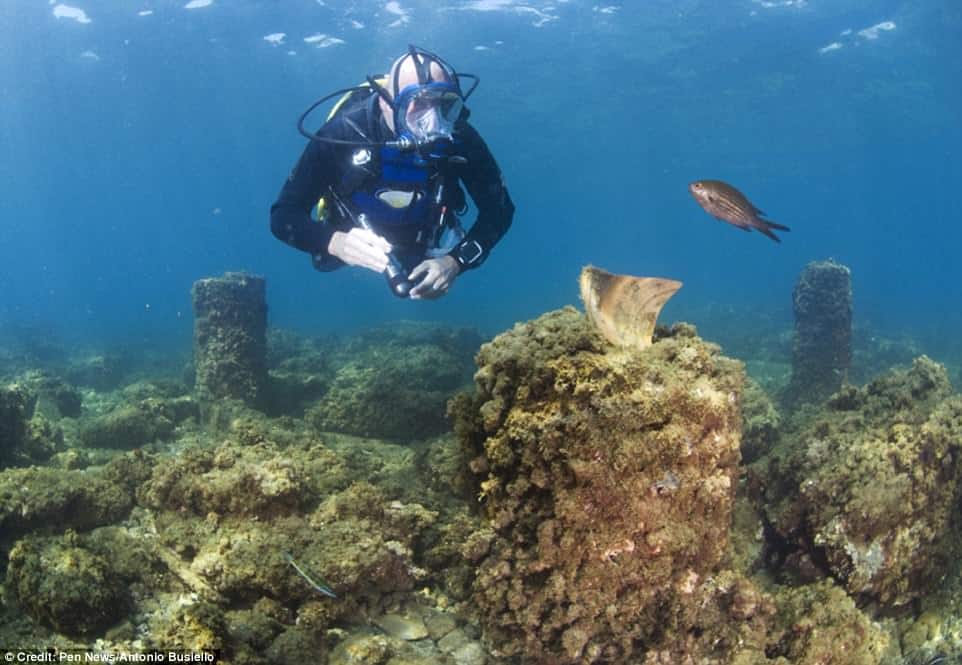 Before volcanic activity caused it to retreat below the waters. 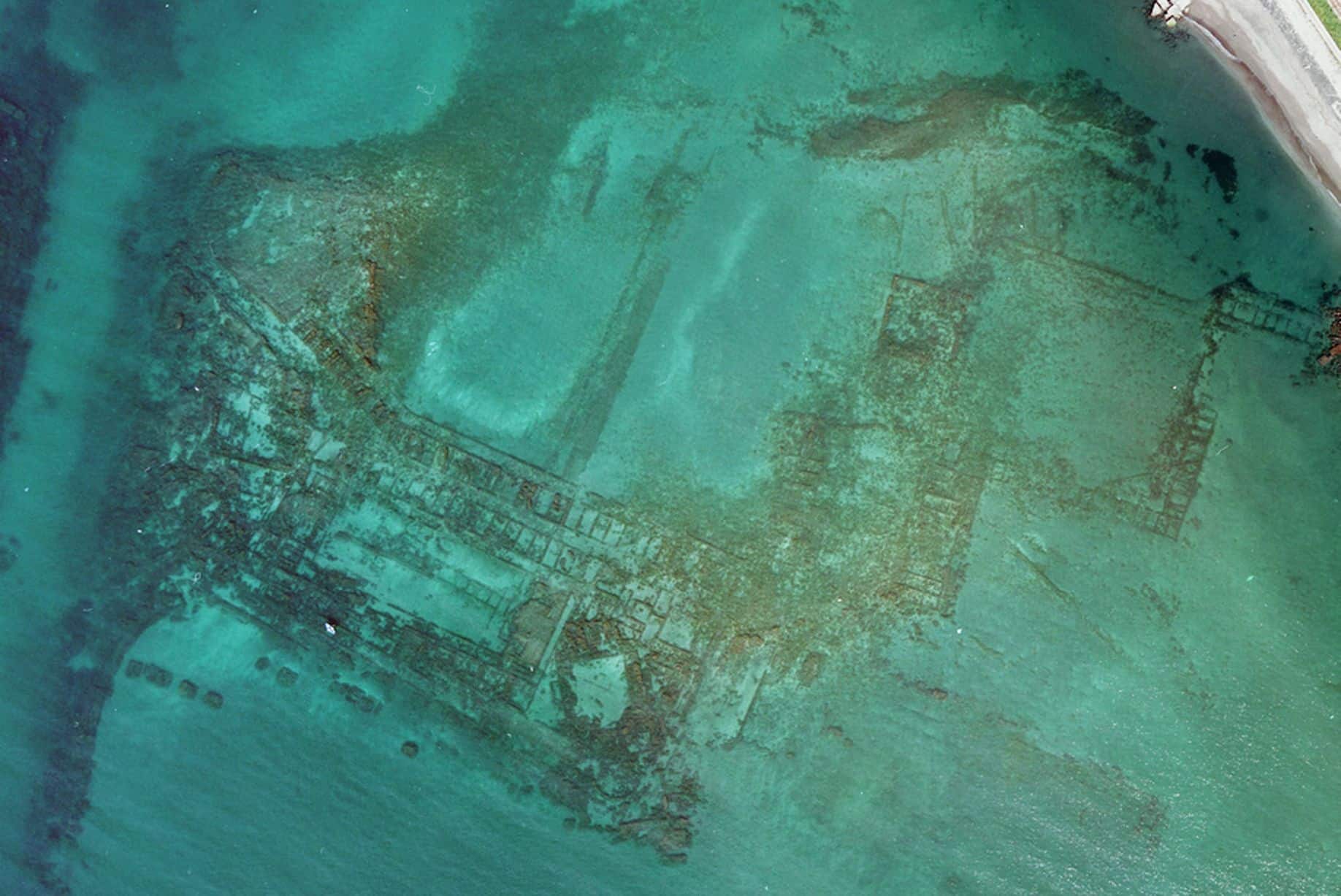 Scientists have discovered that the villas in the area were made from the finest white marble. 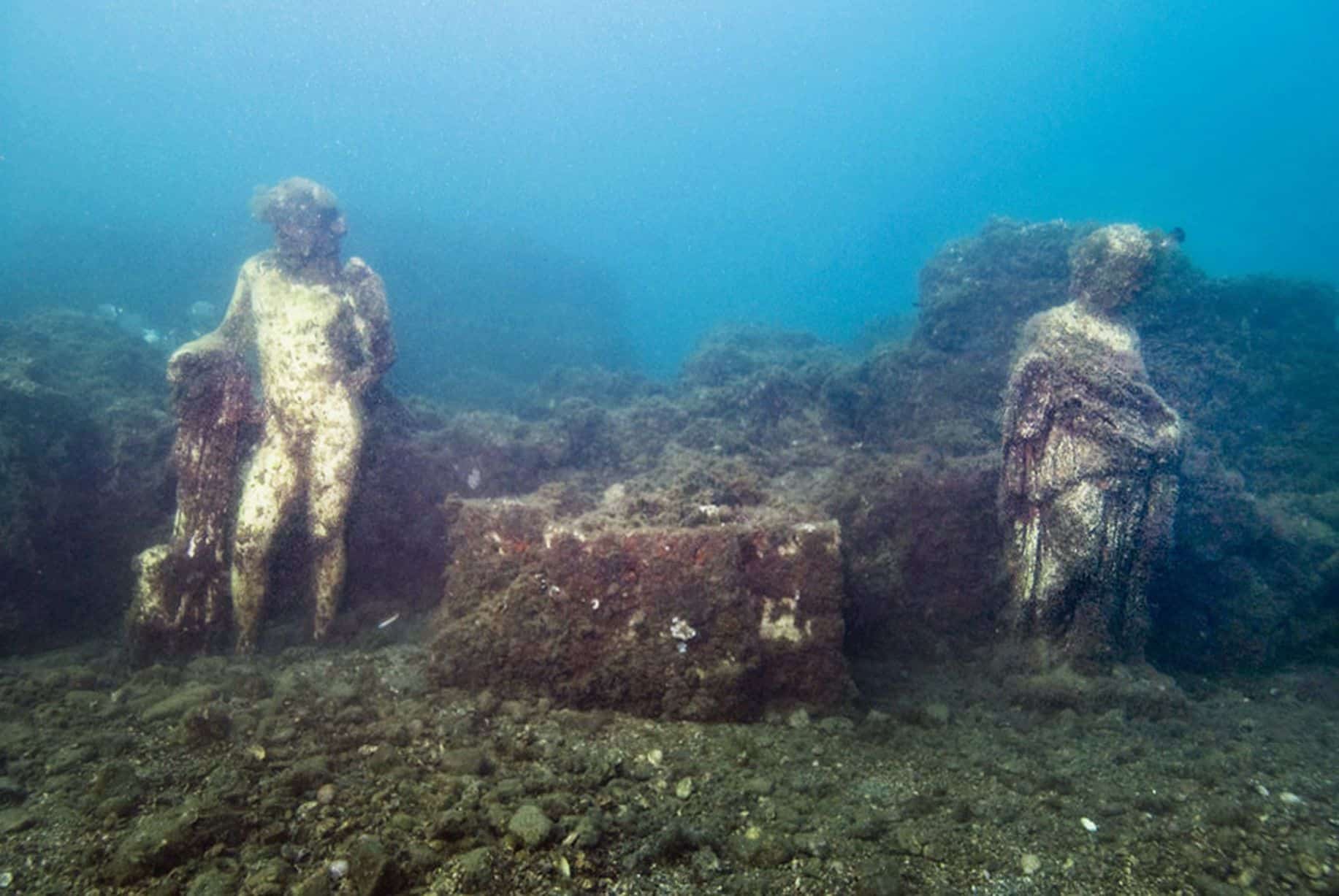 Much of Baiae was lost to the waves as volcanic activity resulted in the entire city being submerged underwater into the Gulf of Naples of today. In 2014, the south of Naples experienced heavy flooding that caused landslides, which then exposed portions of the old Baiae. 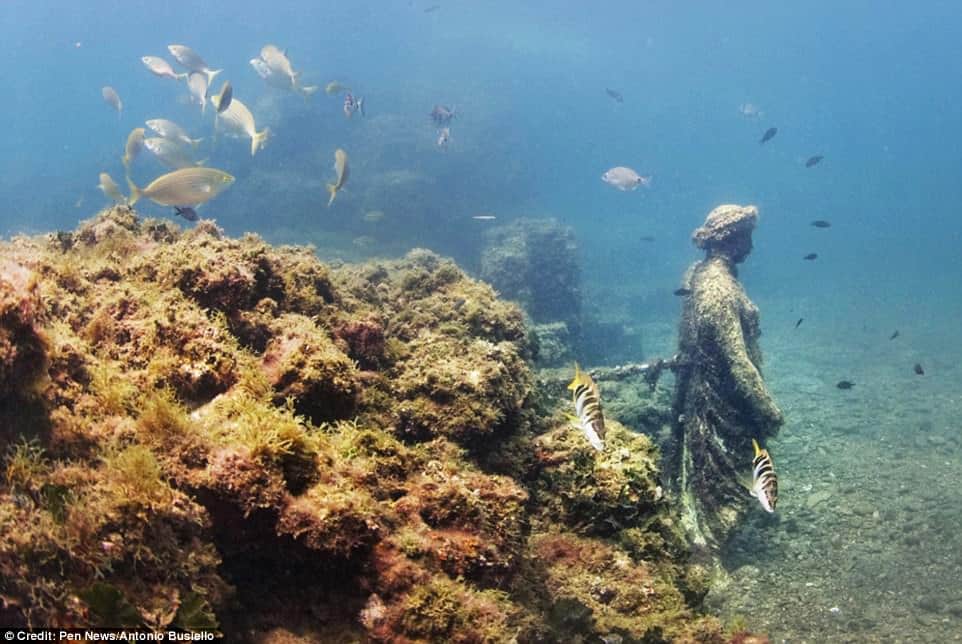 Recently, divers were allowed to explore the sunken site to take photos. 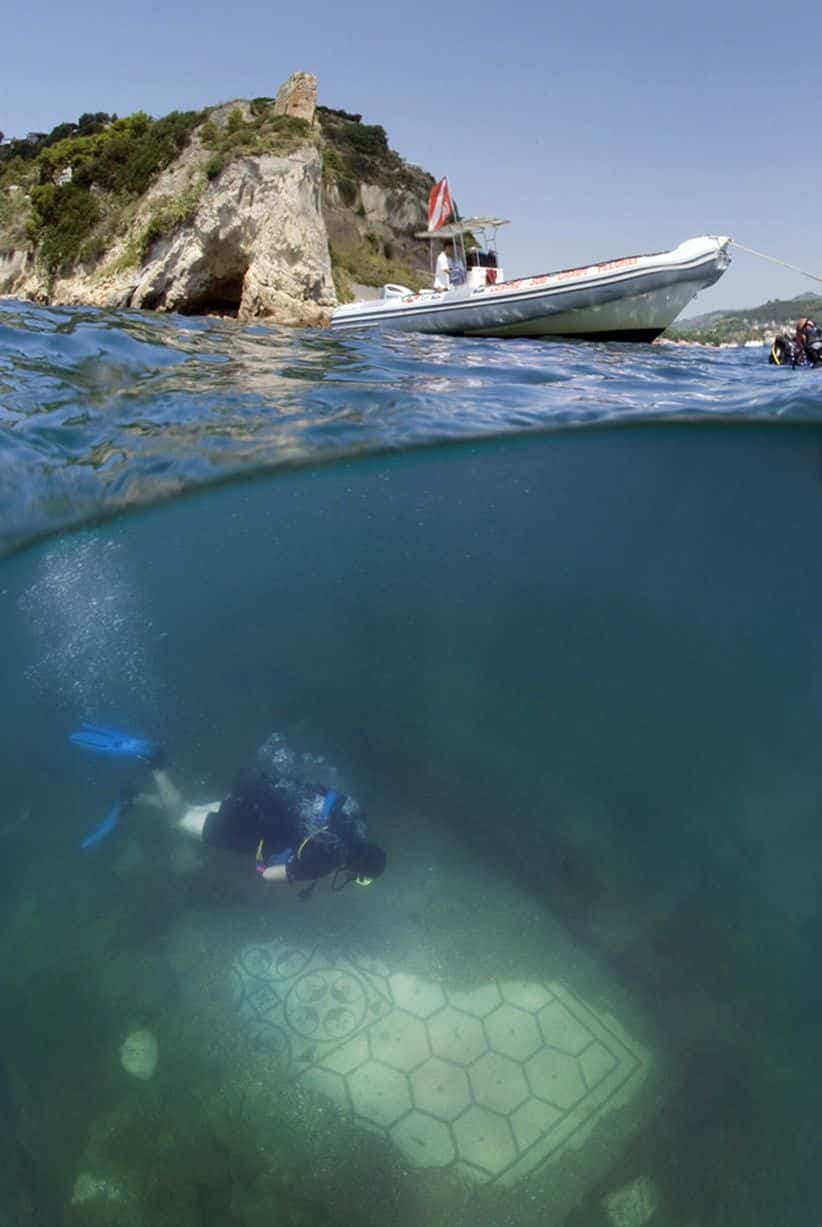 A team of divers discovered numerous ruins and Roman monuments. 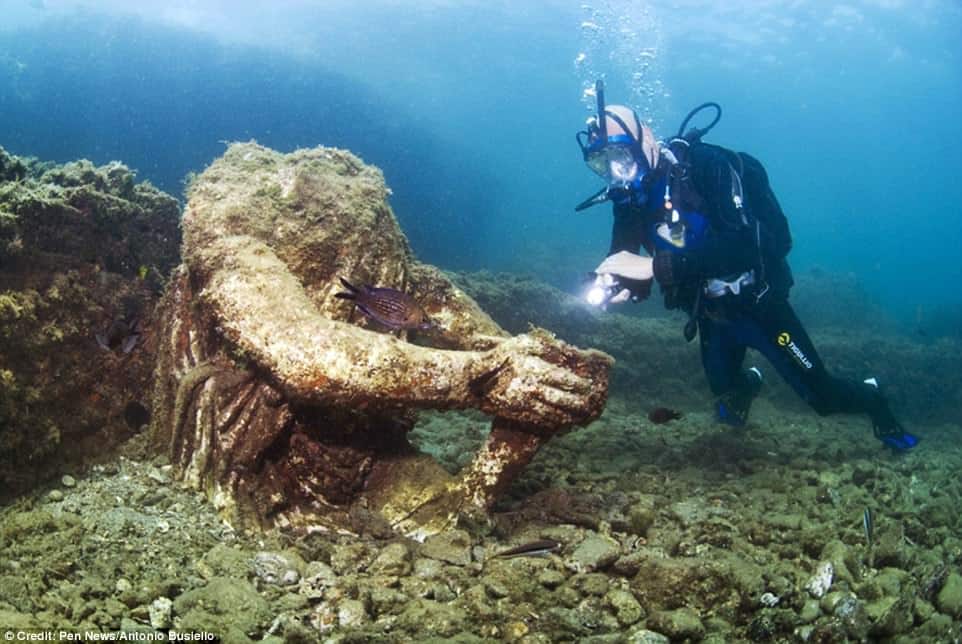 Busiello said diving here is like "a dive into history." 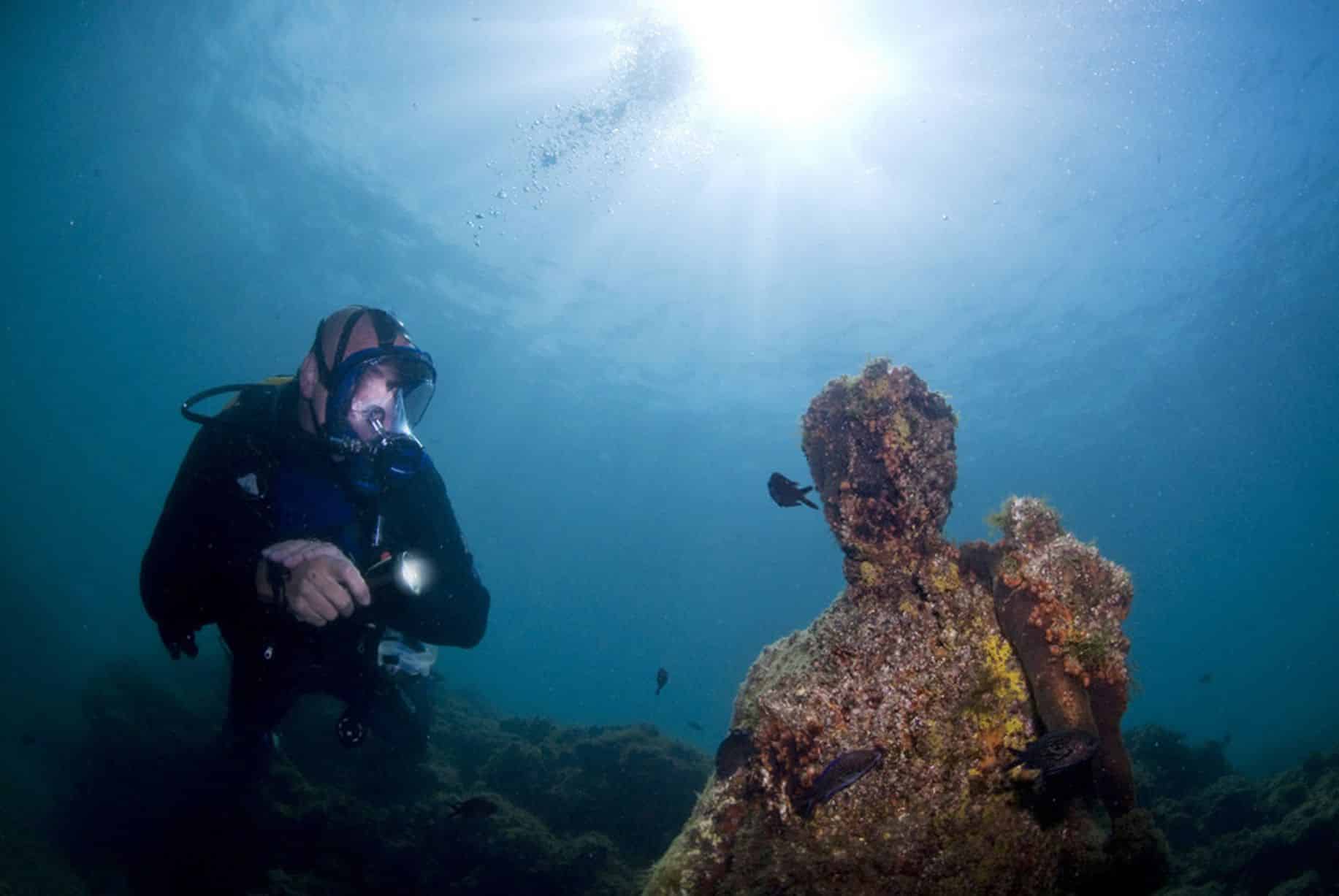 Busiello, who lives in Naples, managed to photograph Baiae and found that mosaics and statues remain well-preserved across centuries. The 45-year-old said that the city was considered as one of Rome’s most important cities.

“The beautiful mosaics, and the villas and temples that have reemerged or are still underwater show the opulence and wealth of this area.It was considered one of the most important Roman cities for centuries. Pliny the Younger used to live here and from here, across the gulf, he witnessed and described the 79 AD eruption of Mount Vesuvius that destroyed Pompeii and Herculaneum.”

The gorgeous town once had cobbled streets, statues, mosaics, and spas. Julius Caesar and Emperor Nero’s luxurious villas were found here as well. The site was also a place where temples dedicated to Venus, Diana and Mercury were erected.

Baiae was left untouched for centuries and because of that, it has become a sanctuary for sea creatures. 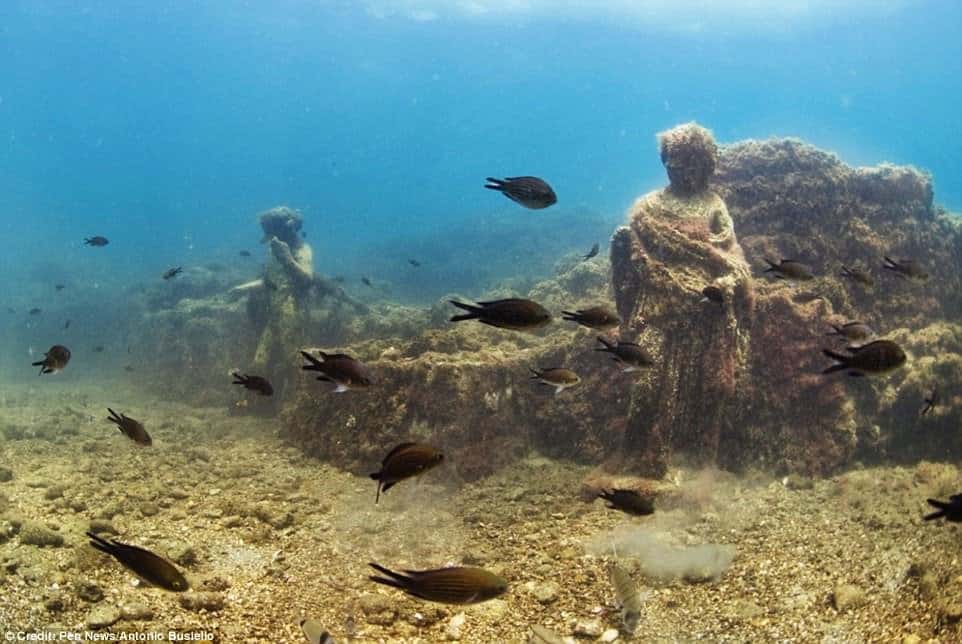 Pisoni and Protiro villas are visible on site. 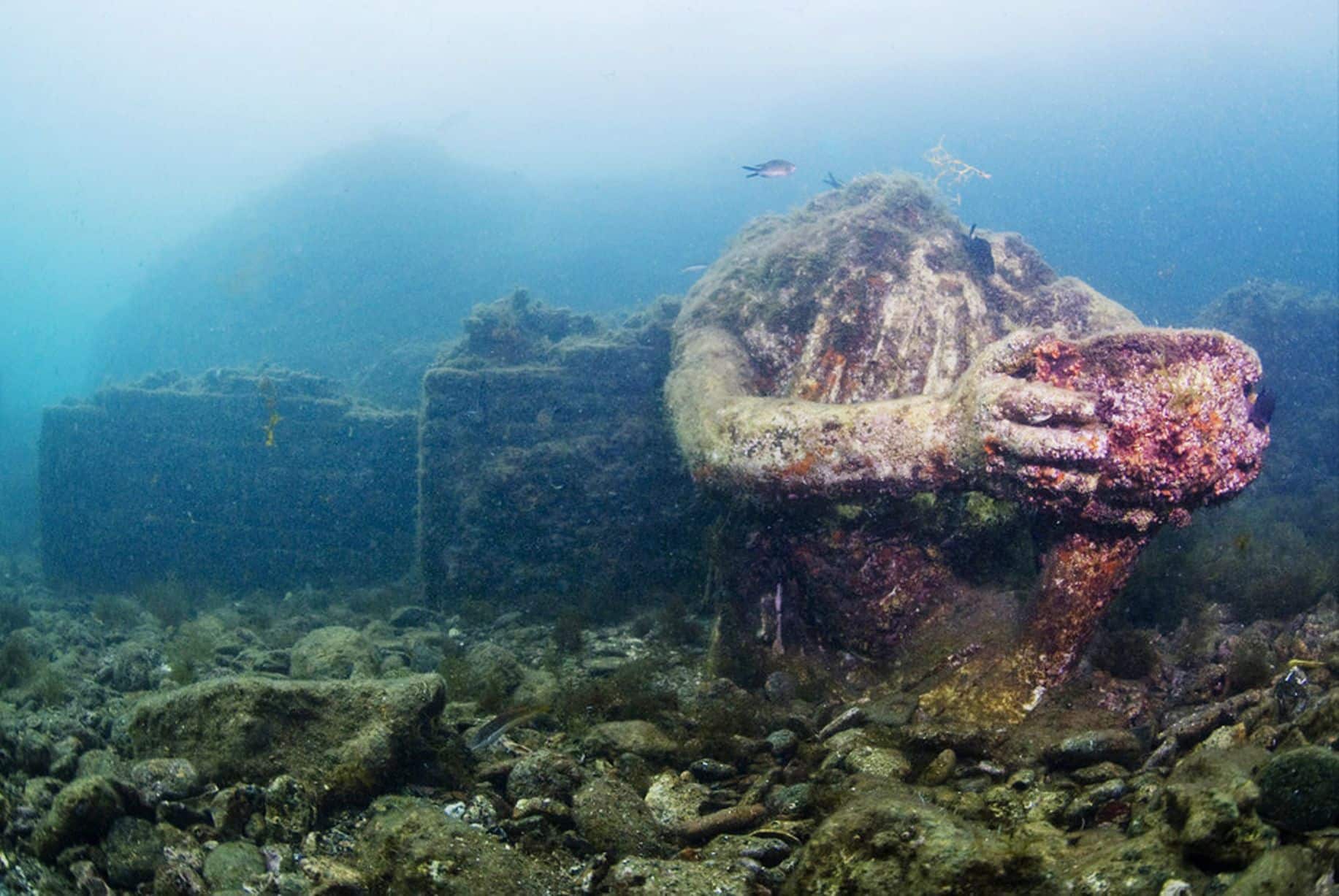 Intricate mosaic designs and residential rooms can also be seen. 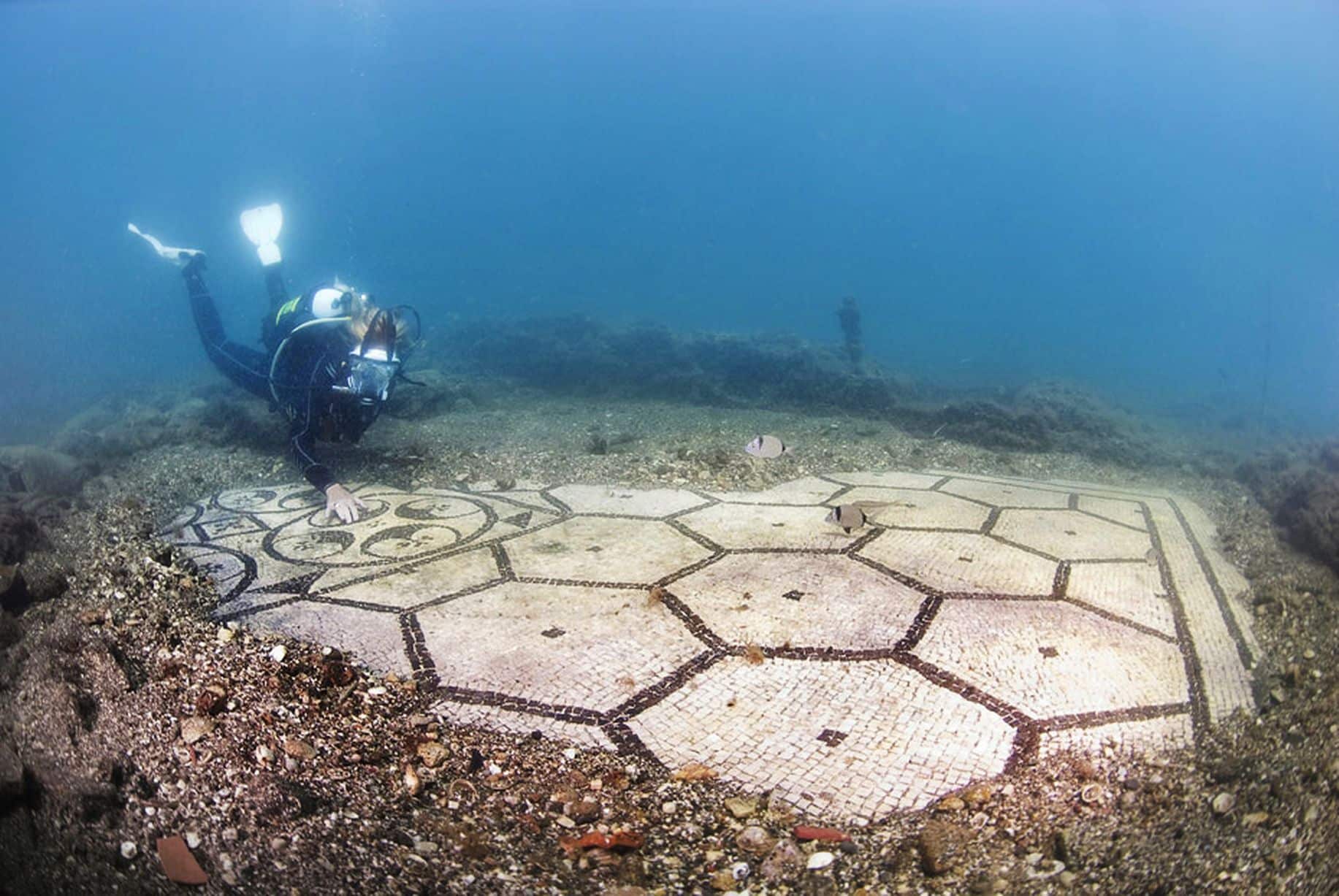 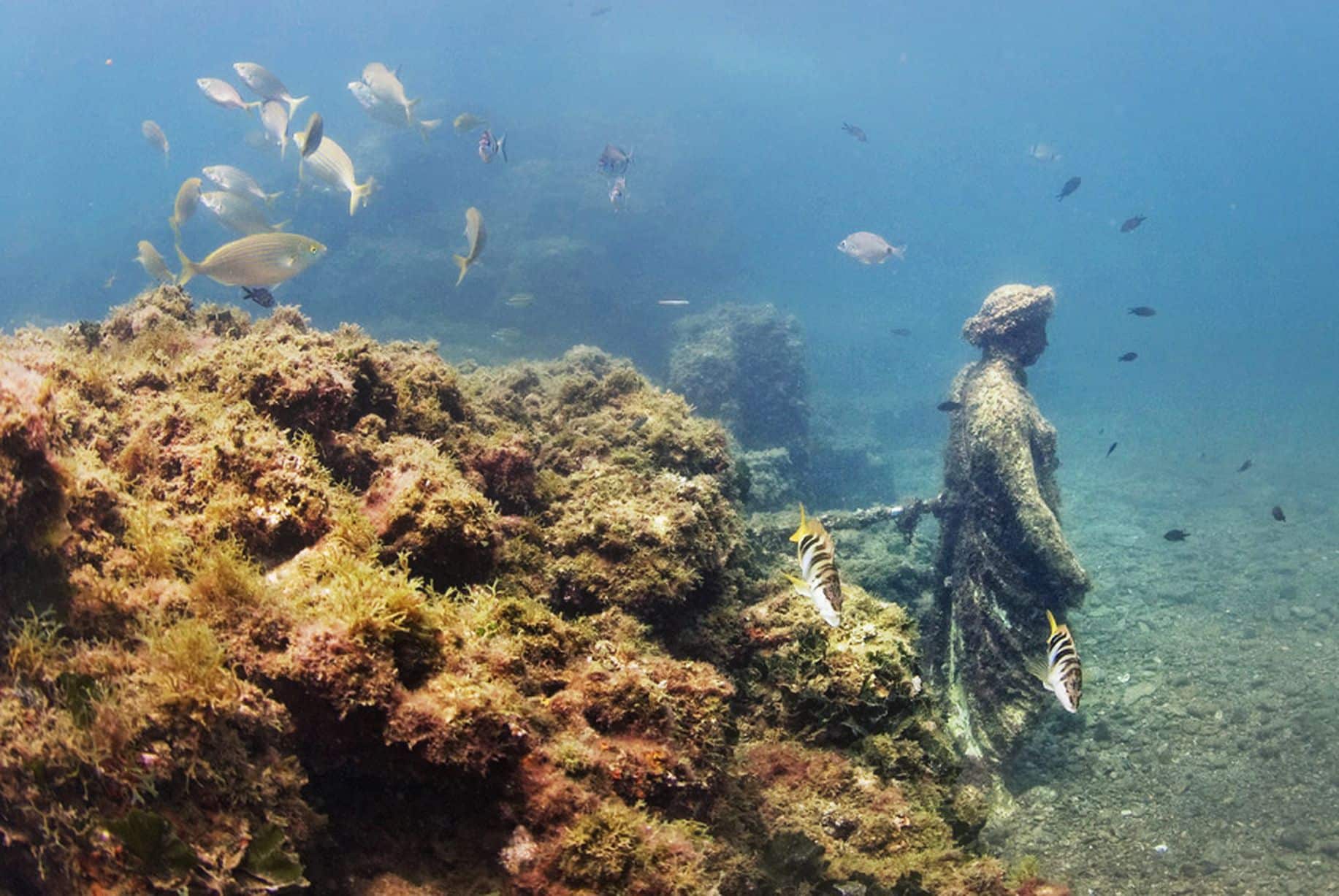 Historians claim that the city is synonymous to wickedness and luxury. 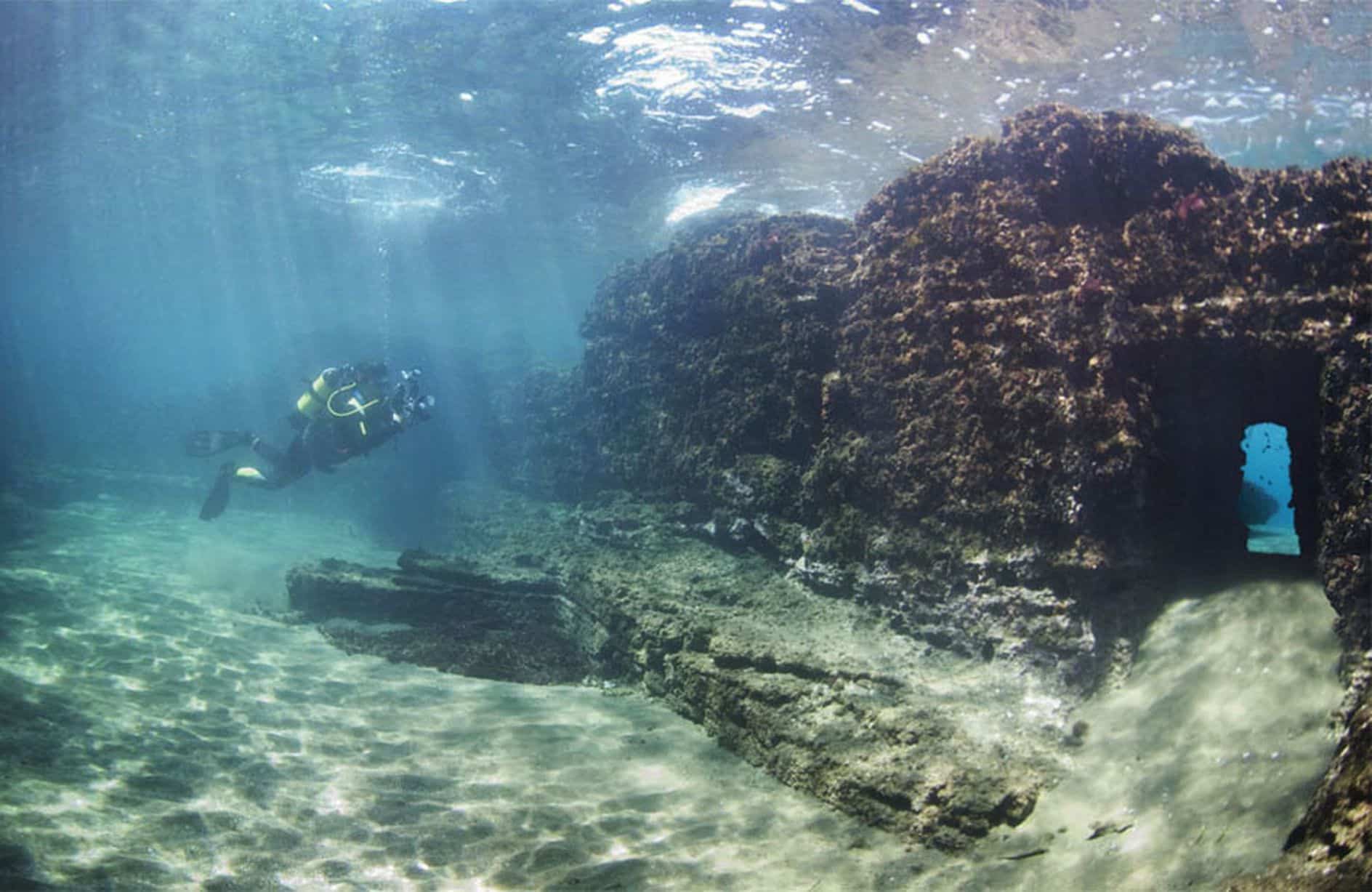 Following the discovery of the drowned city, scientists from Italy’s University of Calabria and Spanish researcher, Mónica Alvarez de Buergo, worked together to analyze one of Baiae villa’s most valuable elements: the white marble. The team took the plunge to determine the type of material used for the construction of the beautiful villas that remain intact today.

The analyses were published in Applied Surface Science journal and it confirmed that the marble came from quarries in Italy, Turkey, and Greece.

Watch the video below to see the team’s exploration of the sunken city of Baiae.