A study on howler monkeys highlights something that may be true for a majority of male animals — including humans.

In the course of his study on howler monkeys, Dr. Jacob Dunn — lead researcher of the University of Cambridge’s Division of Biological Anthropology — noted that the males with the loudest mating calls often had smaller testes.

Native to Central and South America, howler monkeys are tagged as one of the loudest animals in the planet. The male monkeys are known for their deep roars, which reach up to 128 to 140 decibels. They use the sound to declare their supremacy, which they hope would dissuade rivals and attract females at the same time.

Don’t judge a howler monkey by his roar.

In an interview with Colin Fernandez for The Daily Mail, Dunn explained:

“In evolutionary terms, all males strive to have as many offspring as they can, but when it comes to reproduction you can’t have everything. There is evidence in other animals that when males invest in large bodies, bright colors, or weaponry such as horns or long canines, they are unable to also invest in reproductive traits.”

Dunn went on to say,

“This is the first evidence in any species for a trade-off between vocal investment and sperm production. It may be that investment in developing a large vocal organ and roaring is so costly that there is simply not enough energy left to invest in testes. Alternatively, using a large vocal organ for roaring may be so effective at deterring rival males that there is no need to invest in large testes.”

Still, if what’s true for howler monkeys is true for human males, we could speculate that the guys who engage in aggressive or flamboyant attention-seeking behavior such as catcalling, buying flashy cars, and needlessly flaunting their six-pack abs could have smaller balls, too. 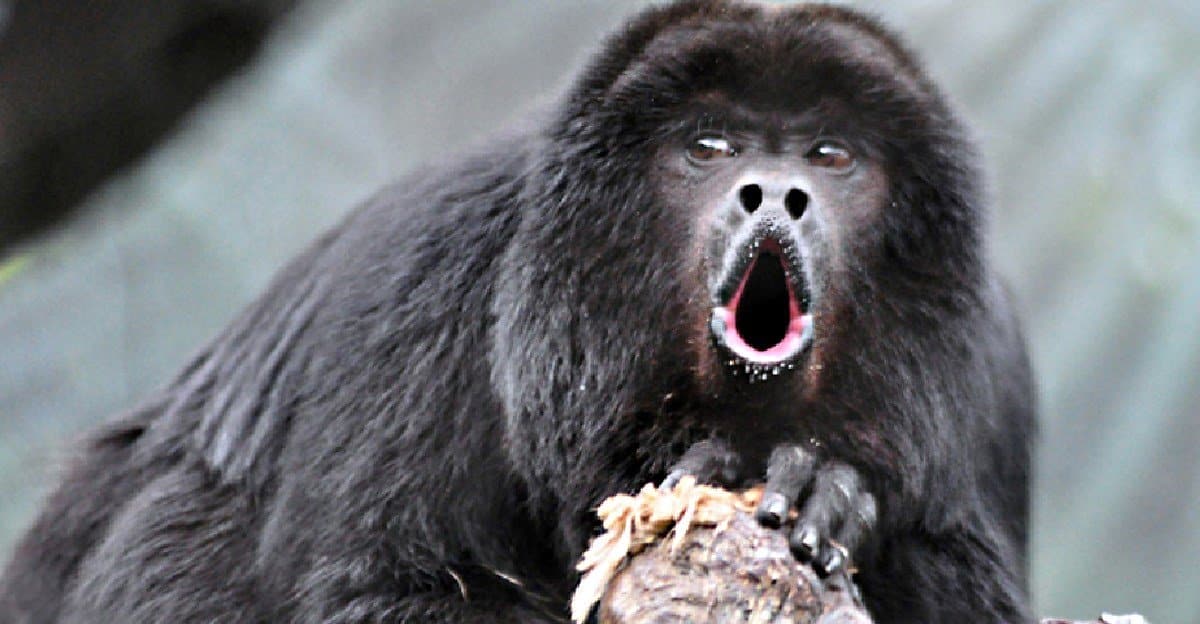 Besides, psychologists have confirmed that people usually hide their insecurities through overcompensation. In other words, guys with smaller balls — much like howler monkeys — would tend to be the loudest and most obnoxious people whose main goal is to prove that they’re better than everyone else.