We may always see smiles in the faces all around us but there is a hard truth behind these masks: most of the people who act happy and laugh loudly are hurting inside. After all, depression and other mental illnesses may strike the most unexpected people at very unexpected moments.

One woman posted on Tumblr a photo of her legs drawn up with squiggly lines, baffling all who saw it. Her entire thighs were filled with the red squiggles, making it a canvass for her art. 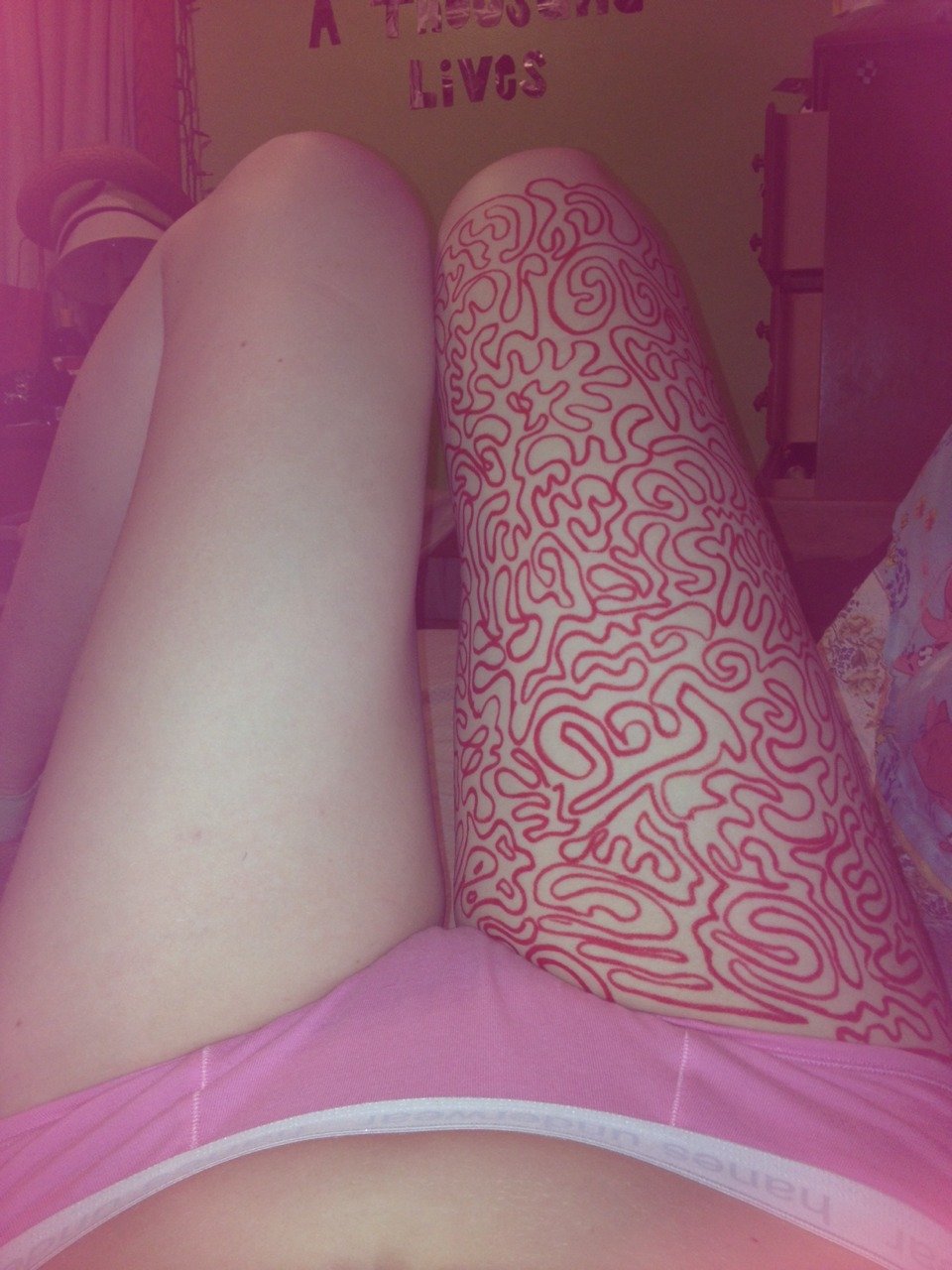 Some thought it was a tattoo of some kind.

But the real story behind her “body art” can be a bit surprising. And devastating.

The woman in the picture is suffering from self-harming tendencies and was asked by her therapist to draw on her skin instead of cutting it.

During her recovery stage, she decided to describe her struggles with self-harm through a Tumblr post with the pictures posted above. At the time, she recalled how her therapist found a way of helping her avoid self-harm while still coping with her depression.

Some people with depression turn to alcohol but a significant number of them use self-harm to cope or express their overwhelming emotional stress. Contrary to common knowledge, self-harm is not a mental illness but “a behavior that indicates a lack of coping skills,” according to the National Alliance of Mental Illness (NAMI). 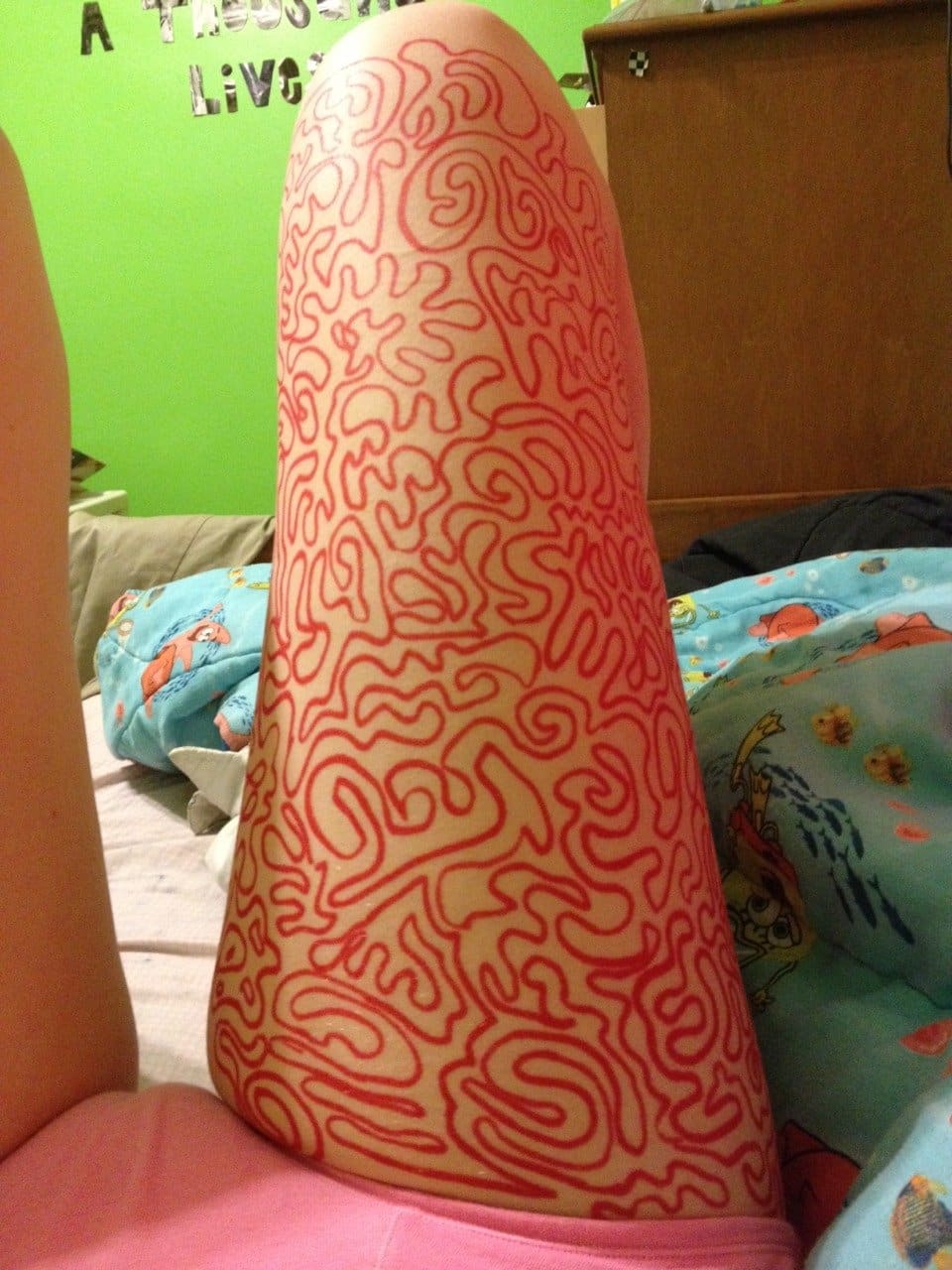 NAMI said that people who have the tendency to do self-harm are those who are in emotional distress. The stress this feeling causes makes them want to hurt themselves. And more often than not, the scars from the cuts made from this habit become a permanent reminder of their struggles. But that’s not the worst part yet.

What is worse is that people who have this habit have a 50% tendency of committing suicide. Fortunately, there are treatments that do not require the more depressing intensive psychotherapy and the invasive medications.

“My therapist told me instead of hurting myself I should draw something where I want to cut. This is the result. And it works, honestly.”