Located at Knap of Howar on the island of Papa Westray in Orkney, Scotland is a stone house that is considered by many as the oldest of its kind in northern Europe. According to radiocarbon dating, the structure was occupied from about 3700 BC to 2800 BC – which dates back much earlier than other stone houses found in the settlement at Skara Brae on the Orkney Mainland.

As you will see on the photos below, the farmstead has two thick-walled buildings with low doorways facing towards the sea. The larger, older structure is assumed to either be a workshop or a second house.

Scotland’s stone house isn’t only ancient – it is impressively awesome in terms of construction. 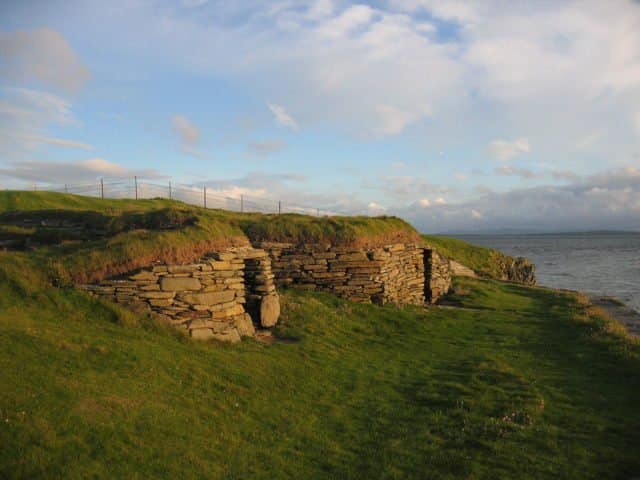 It is likewise noticeable that the stone homes didn’t have any windows. The dwellers’ probably depended on fire for illumination and their roof likely had a hole to let the smoke out.

The walls measure 1.6 meters (5 ft 3 in) in height and the stone furniture inside it gives us a picture of how life was back in ancient times. 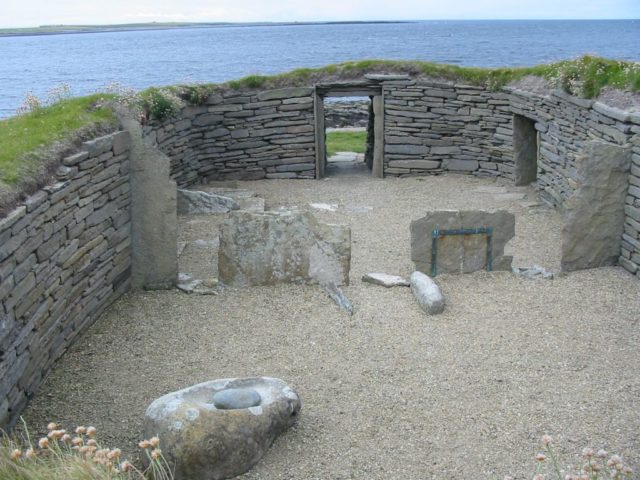 Stone beds, fireplaces, partition screens, and storage shelves are still almost intact. Post holes can also be seen which were obviously used for the roof’s structure.

A visitor’s backpack placed at the entrance gives us an idea of the structure’s scale. 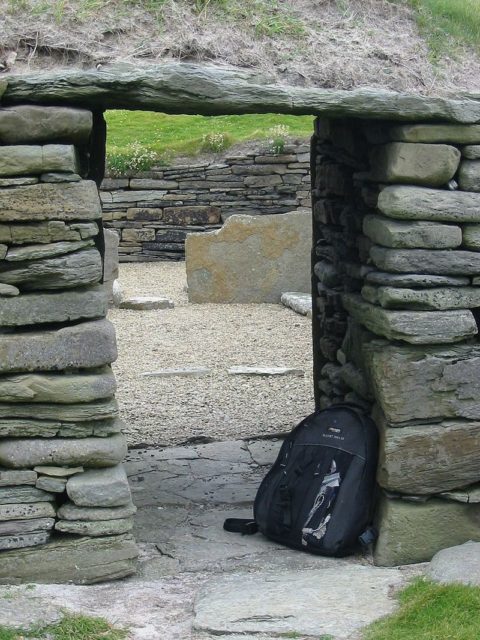 Evidence found in the middens likewise indicates that those who lived in these houses took care of cattle, sheep, and pigs. It is also highly possible that they cultivated barley and wheat and gathered shellfish, among others.