Being a stand-up comedian isn’t as simple as it looks.

First, you need to be confident enough to speak in front of an audience. Aside from that, you also need to have a sharp memory, quick wit, and perfect comedic timing. It’s definitely not something that anyone can excel in as it takes real talent and hard work to do it right.

So yes, it is truly surprising to learn that a young girl – not even in her teens – have found great success in this industry.

Saffron Herndon, 11, has been gaining a lot of attention not only because she is hilarious but because of her twisted brand of humor. Her jokes can be very rude and shockingly irreverent, especially coming from someone her age.

This youngster has rocked various venues across the United States and numerous crowds have been entertained by her performances. She has likewise been invited as a guest in different TV shows.

“I have been writing and performing stand-up comedy for over two years. I love making people laugh and being on stage.”

Scroll down below and check out some of her funniest jokes: 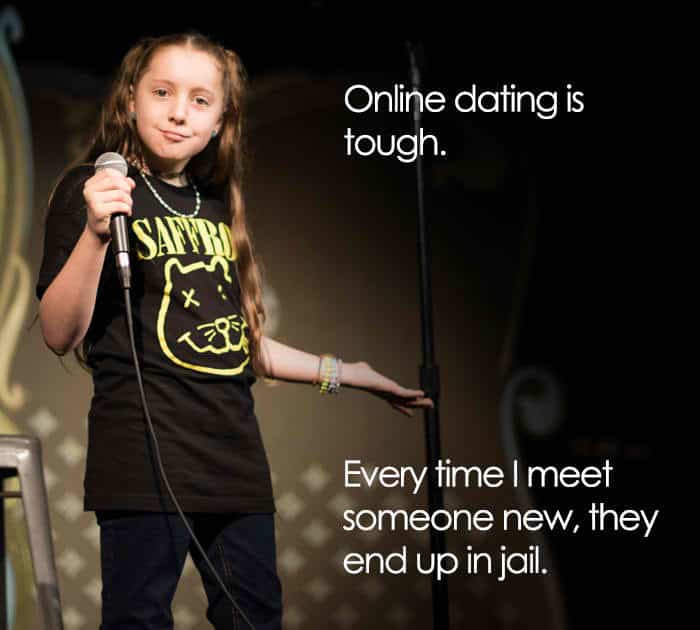 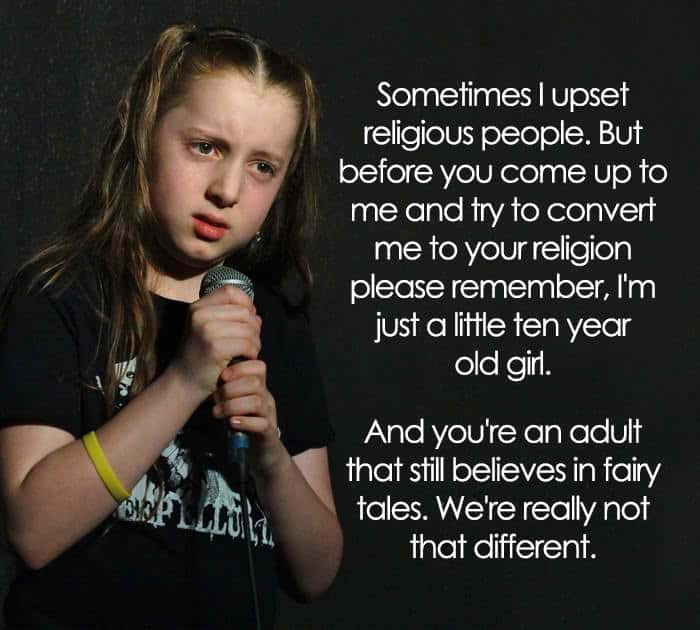 #3. My mom thinks I need counseling. 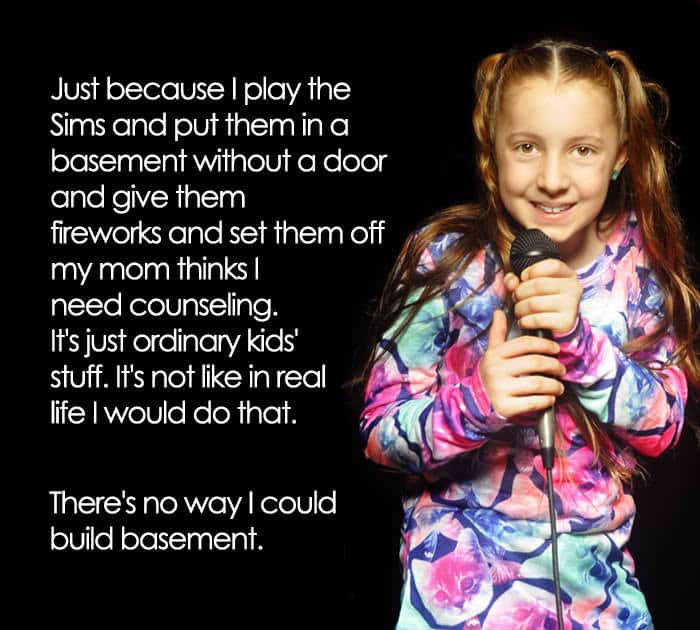 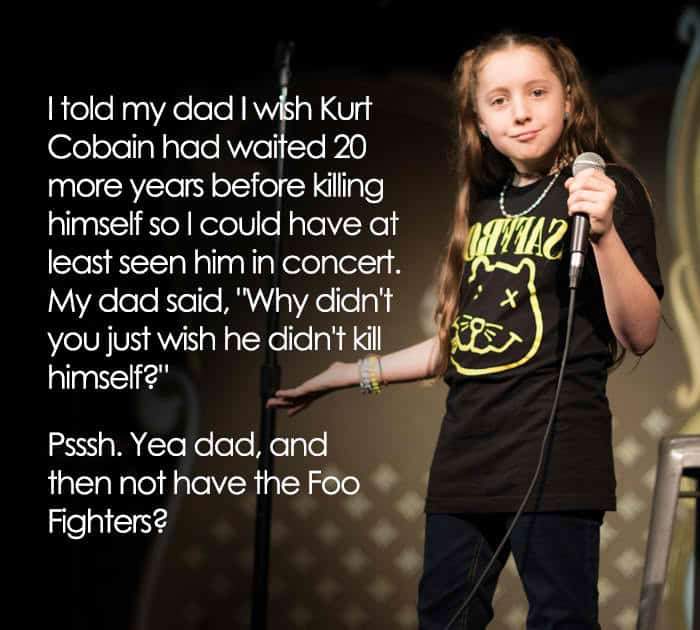 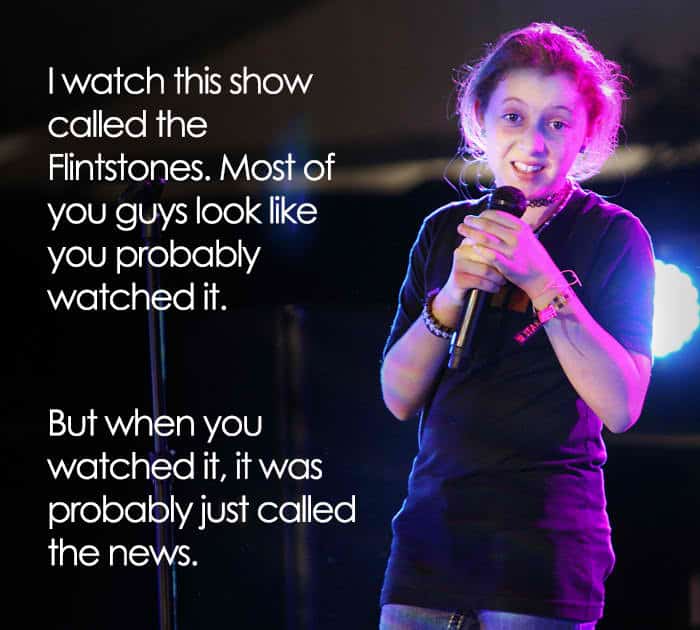