We’ve all heard all sorts of warning against the risks of using mobile phones while driving. Apparently, however, there are still many stubborn drivers who just don’t give a damn about the rules. They still think it’s perfectly okay and safe to text or call even while on the driver’s seat.

Motorcyclist Erik Hannaspotted a woman who was texting and driving on the highway. He noticed this when the SUV didn’t move although the green light was already flashing. Other motorists, including Hanna, honked at the vehicle but the driver didn’t pay them any attention at all.

The woman, apparently, was busy with her phone.

So when the traffic lights turned back to red, Hanna made sure to pull alongside the vehicle and started filming using his helmet cam.

Erik Hanna confronted this woman for distracted driving. It eventually sparked a road rage that nearly resulted to accident. 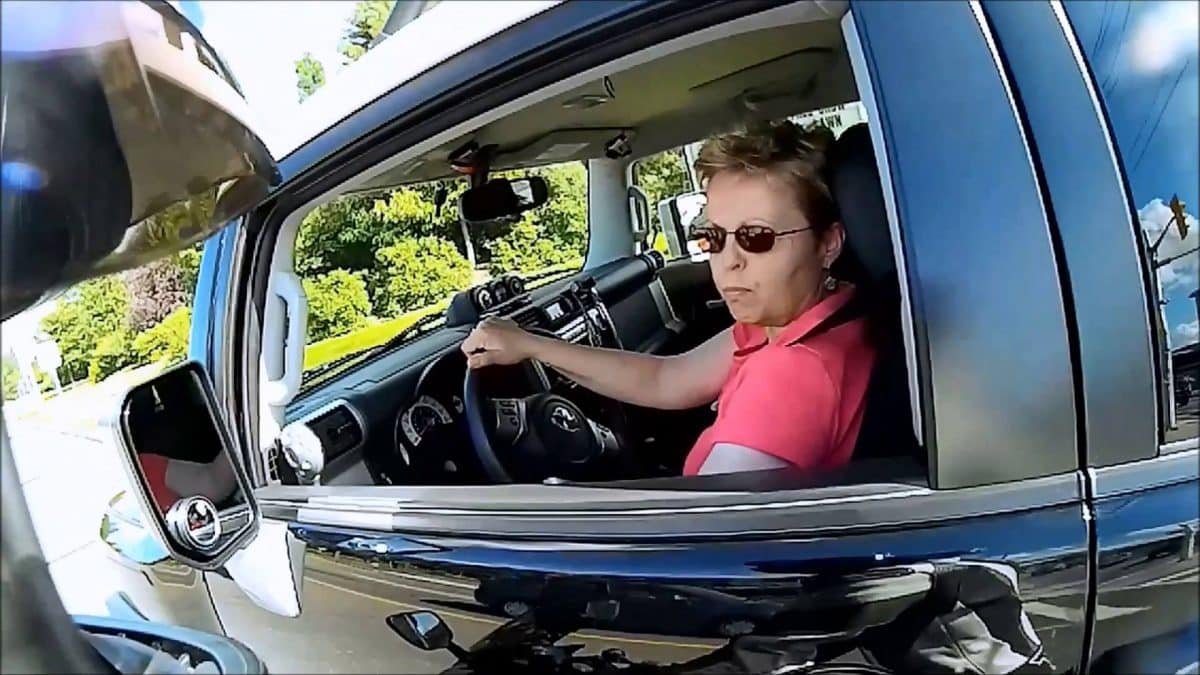 “I noticed a car stopped 50ft from the line at a red light and did not move when the light turned green. Went into the other lane and noticed the driver was still sitting on her cell phone. At the next light she did the same thing so I started recording. Pulled beside her to get her attention and tell her to put the phone down, she ignored me and I went around her when she didn’t go on the green light again.”

Hanna approached the woman about it but it turned out that she was unhappy about the confrontation. “After a few seconds she passes by me within inches of my motorcycle and then brake checks me down the road,” said Hanna.

The biker eventually turned the recorded video to the police and posted it online. Authorities in Ottawa, Canada immediately tracked down the driver. She will now be facing three legal charges as a consequence of her actions.

Kudos to Erik Hanna for helping apprehend this irresponsible driver! Also, may this serve as a warning for others.