Probably one of the greatest joys for parents is seeing their kids playing together, protecting each other, and just getting along wonderfully. However, such peaceful and lovable scenario doesn’t always happen every day to all siblings. There are just days when they get on each other’s nerves and are very much willing to rip each other’s throats.

The thing is, when sibling fights do fight, the reason is often irrational. From staring games to seating arrangements, there is just a wide array of absurd reasons for kids to fight. So, we have compiled a few of those ridiculous fight-inciting scenarios.

If you are a parent of more than one kid, or if you are someone who has siblings, see how many of these you can relate to:

1. Child A used a crayon that belonged to Child B – two years ago! 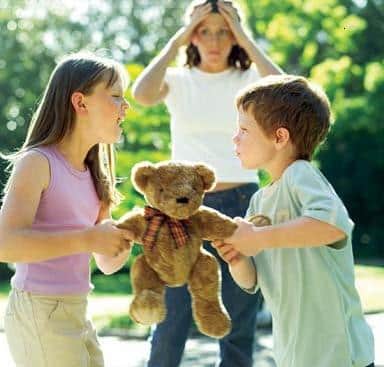 Despite not touching the crayon for two solid years and probably forgetting that it even exists, Child B will go gaga if Child A lays a finger on what was once his. And, it doesn’t even have to be a crayon, it can be anything – a toy, a shirt, as long as it once belonged to Child B, it’s his for all eternity.

.2. Child B got 1/8 of a glob more peanut butter on their sandwich. 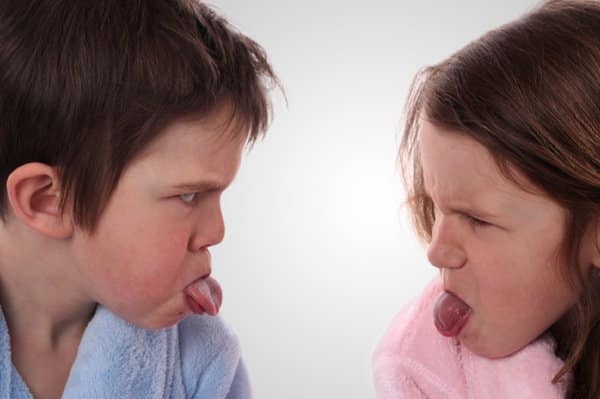 It doesn’t even have to be peanut butter – as long as food portions are not divided equally to surgical precision, be it Child B’s sandwich having even a bit of a dollop more of a chocolate spread than Child A’s, or his cereal is three pieces fewer than that of Child A, then all hell will break loose. 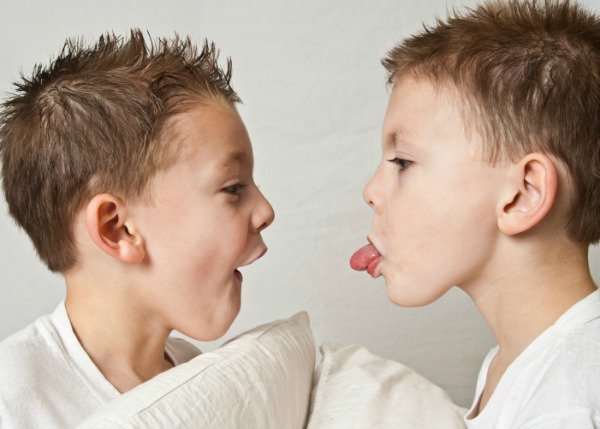 Normally, Child A would have the blue cup and Child B would have the green cup because Child B just hates blue, you know? But today, Child B feels an uncanny sense of affinity to all things blue, and he just has to get his hands on that blue cup, no matter what.

So, parents, to avoid this, we suggest that when you buy anything, make sure each child will have each item in each color – just in case!

4. Child A is touching Child B. 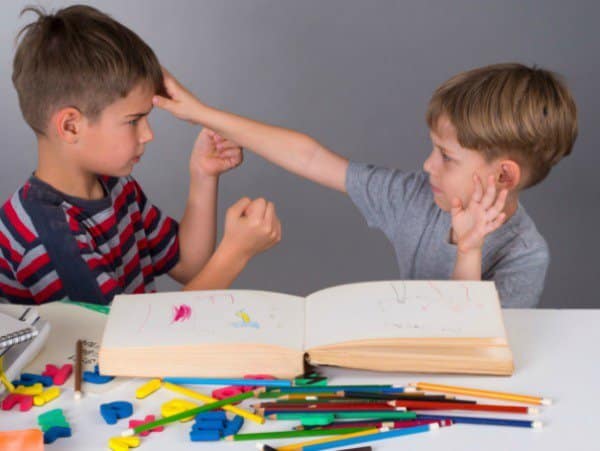 We’re not sure if kids have an extremely sensitive sense of touch rivaling that of Spider-Man but really, it’s not uncommon to hear children screaming, “Mooooom, he touched meeeeee!” Kids don’t even have to be grabbed for them to complain being touched – a brush of a shoulder will do. More often than not, this ends in a scene complete with tears and sometimes, punching and kicking. 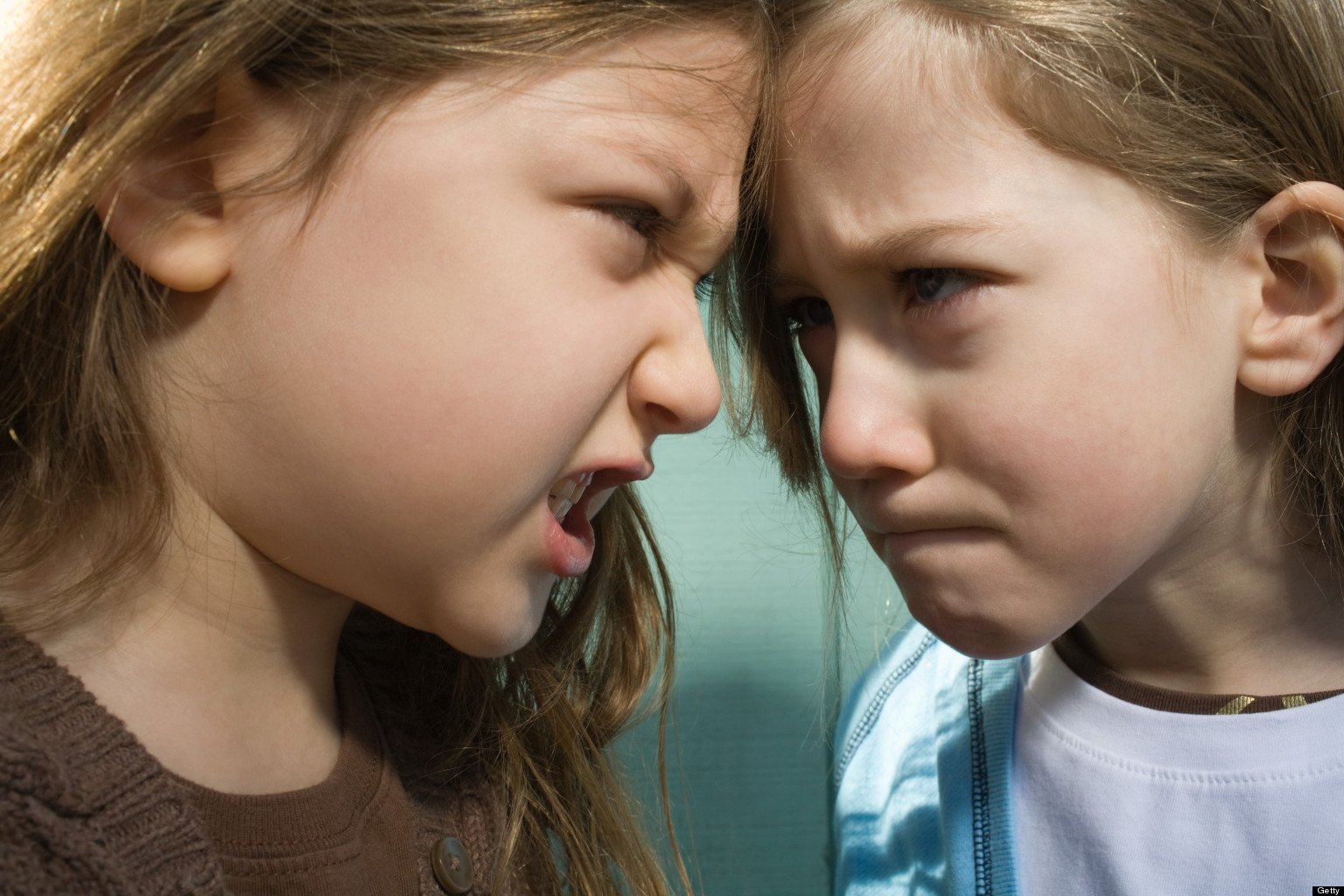 Maybe kids have a different perception of “a piercing glare,” maybe they really do get pierced somehow because kids often complain being stared at. A variety of “Mom, he touched me!” is this: “Mooom, he looked at meeeee!”

6. Child A was looking at the car window on Child B’s side. 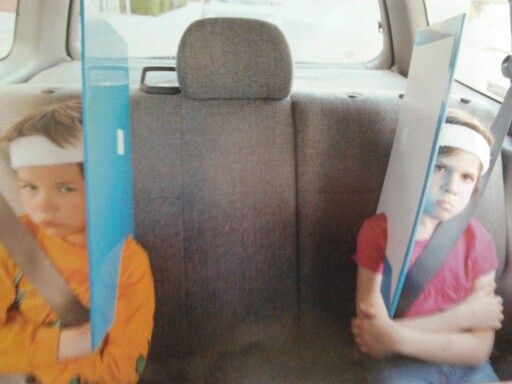 Child A sits on the right side of the car’s backseat and Child B sits on the left. Child A glances out the window on Child B’s side, and just like that, a fight ensues.

7. Child A is having a birthday. Child B is not.

To solve this problem, both Child A and B must celebrate their birthdays on the exact, same date. So, parents, mark your calendars. You know what to do.

8. Child A was dropped off at daycare first before Child B. 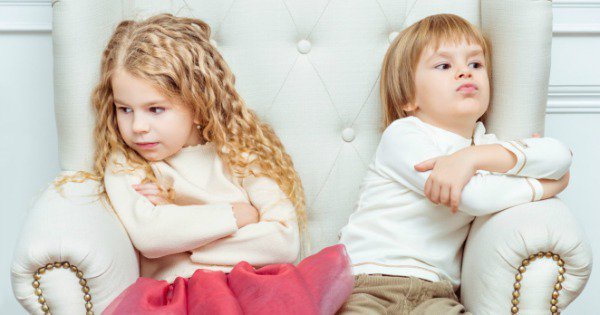 The order doesn’t matter, Child B may be dropped off first before Child A and the same ruckus will result. Either way, a child isn’t happy to be the second priority.

9. Child A sneezed and Child B could not hear the TV for one-eighth of a second. 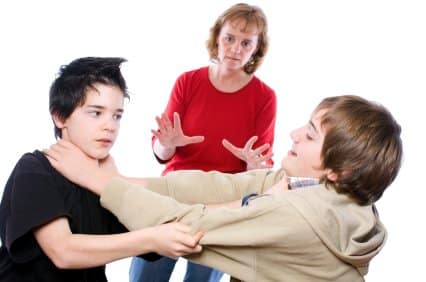 A sneeze, a cough, a snicker, a loud breath – as long as Child B was not able to hear a bit of what Dora said on TV, then it’s war. So, just imagine when the phone rings when Child B is watching TV.

10. Child A got dressed first. 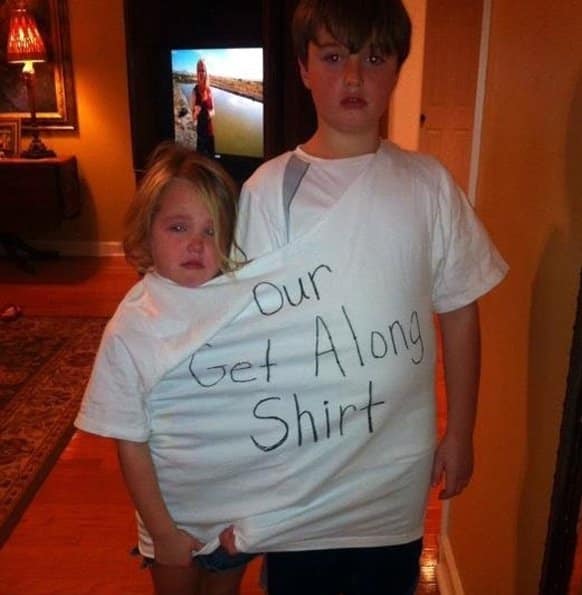 It doesn’t matter who goes first, either Child A or Child B, as long as one gets dressed before the other, it’s World War Three. So how do we solve this problem? Yep, synchronized dressing.

So, what reasons do your kids have for fighting? Share it with us in the comments section below!