Rachel Mau works as an IHOP waitress in Virginia Beach, Virginia. One Friday night, she had to do a double shift because a huge group of high school students came to have a party. Only 5 of the teens were left the following day and Rachel waited for them.

Later on, the Filipina-American waitress was surprised to discover that the students left something on their receipts. 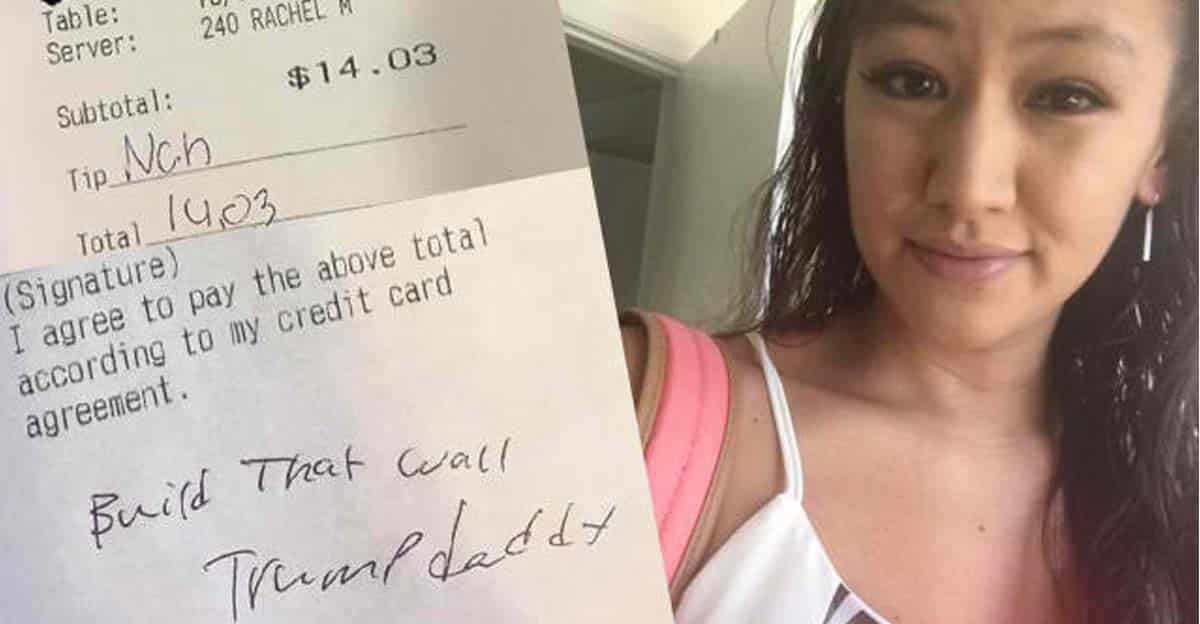 It wasn’t a tip but a handwritten message that said “Build that wall, Trump daddy” on the tip column. On another receipt, they wrote “nah.”

In an interview with Rappler, Rachel shared how she felt about it:

“I was pretty shocked and I didn’t know what to do. My feelings were hurt and I didn’t know how to take it in at first. I’ve just kept thinking about it and it upsets me because they didn’t seem like they have a problem or anything. They were respectful the night before.”

It can be remembered that during the presidential campaign period, Donald Trump promised that he will build a wall along the border of the United States and Mexico and that he will make Mexicans pay for the said wall. He also said that he will deport millions of illegal immigrants who are currently in the country.

According to Rachel, she has been working as a waitress for 4 to 5 years already but this was the first time she has ever experienced a racial attack.

“Usually we have a lot of older people that come in, and there’s also high school kids and they’re usually respectful – so that was my first time dealing with that and I didn’t really know how to react towards it.”

Rachel, a nursing student, said she isn’t into politics and she even didn’t vote in the previous election. However, she admits she has heard about incidents of racism and violence since Trump won – and now she has experienced it herself.

In her own words, she sums it up this way:

“Trump being president-elect has really made a difference on how people treat others.”