One of the Queen of England’s numerous perks is access to some of the most magnificent jewelries in the world. The British monarchy is more than 1,200 years old so it’s not surprising that Her Majesty has already amassed quite a collection of sparklers.

Her vault contains priceless inherited pieces and items that were specially made for her. Queen Elizabeth wears more than one crown, some with its own set of necklaces and earrings. She mixes and matches her jewels like it’s nobody’s business. When you talk about bling, no one can rock it like the Queen of England! 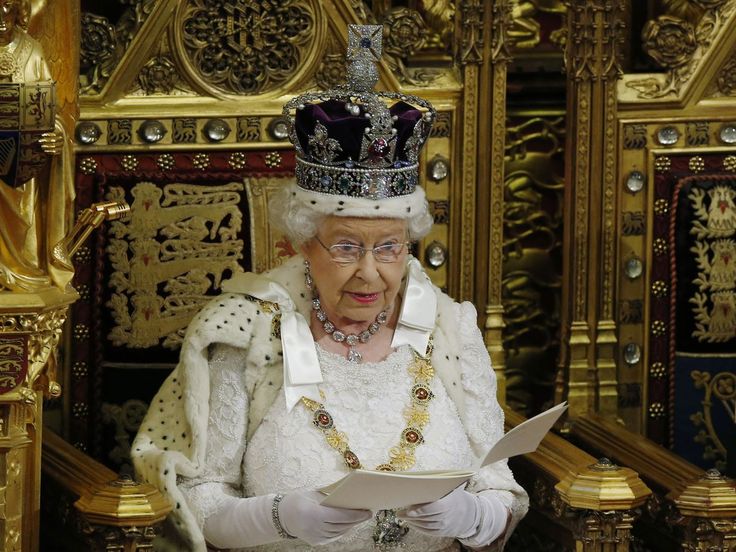 This is THE crown, the one she wore during her coronation. It’s 177 years old and was originally made for the coronation of her father King George VI in 1937.The crown is set in more than 2000 diamonds in silver mounts, which are mostly brilliant, rose, and table cuts.The colored stones, which include 269 pearls, 11 emeralds, and 17 sapphires, are placed in gold mounts. It has the fourth largest diamond in the world, the Cullinan Diamond. 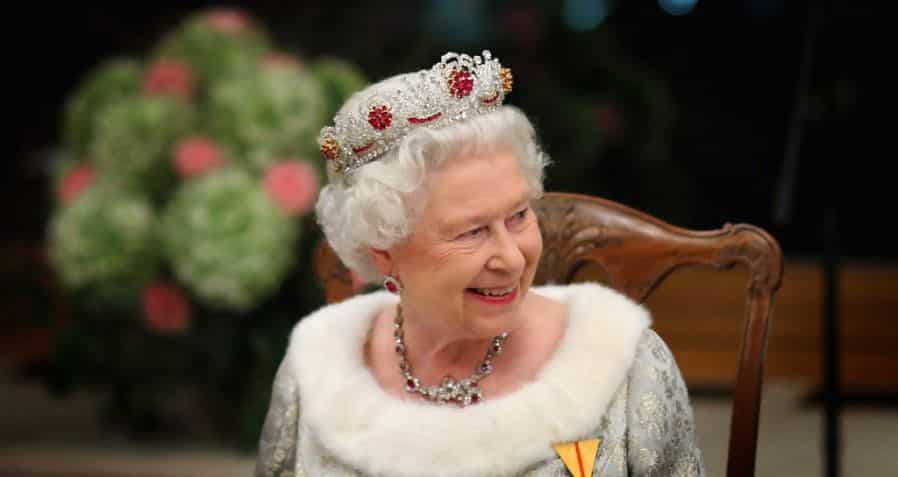 The Burmese people gave the then Princess Elizabeth a tiara made of rubies for her wedding.

The Grand Duchess Of Vladimir Of Russia Tiara

This diamond and pearl looped tiara was made by Bolin and was worn by the Grand Duchess Vladimir at the Russian royal court. It was left behind after the revolution and was smuggled by a British agent to be used again by the Grand Duchess, who went into exile. After her death, the tiara was purchased by Queen Mary, to whom Elizabeth inherited the tiara from. It was later altered so that emerald pieces can replace the pearl ones. 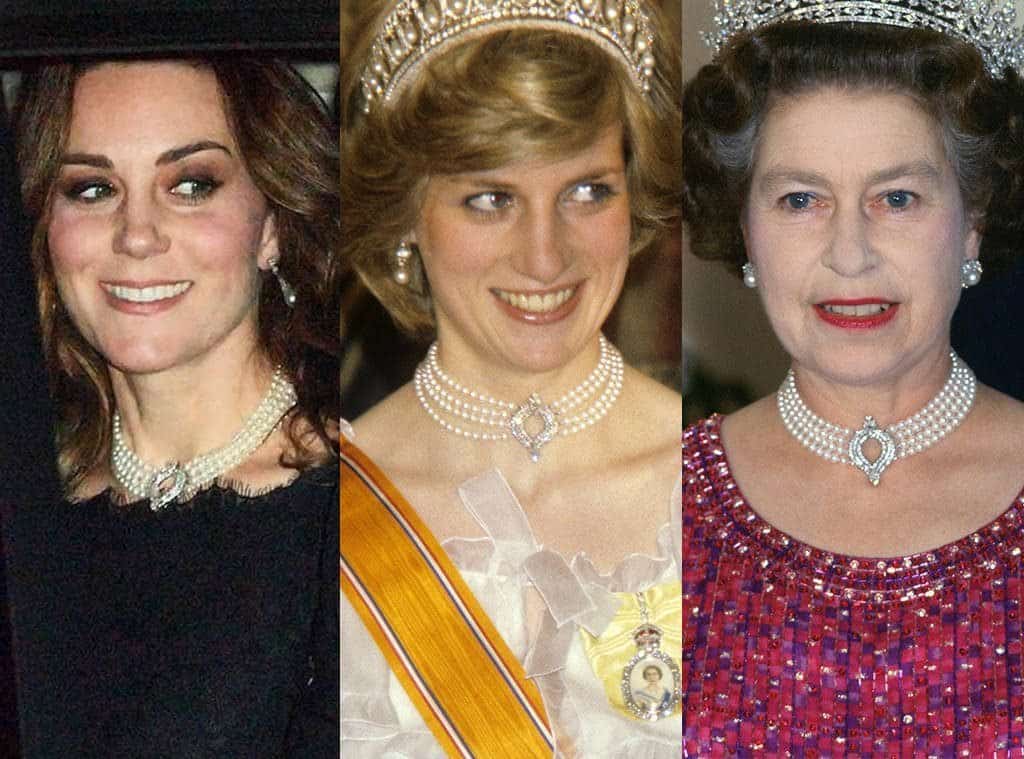 It has four rows of pearls with a curved-shaped diamond clasp at the center. The choker was commissioned from a set of the finest cultured pearls that the Queen received from the Japanese government. She also let Princess Diana and Kate, The Duchess of Cambridge, wear the choker. 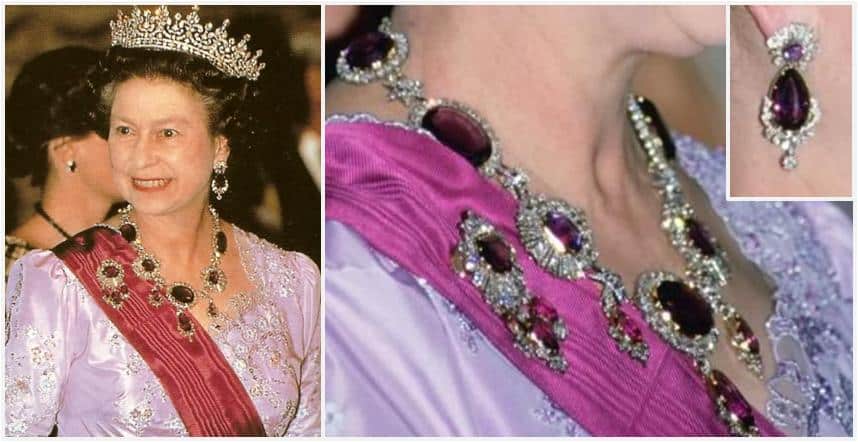 The Queen often uses the brooch without pendants, which has a hexagonal-shaped amethyst surrounded by diamonds. The original owner was Queen Victoria’s mother, the Duchess of Kent. The set contains three brooches, a necklace, a pair of earrings, and a pair of hair combs. The Queen rarely uses the whole set in one go. 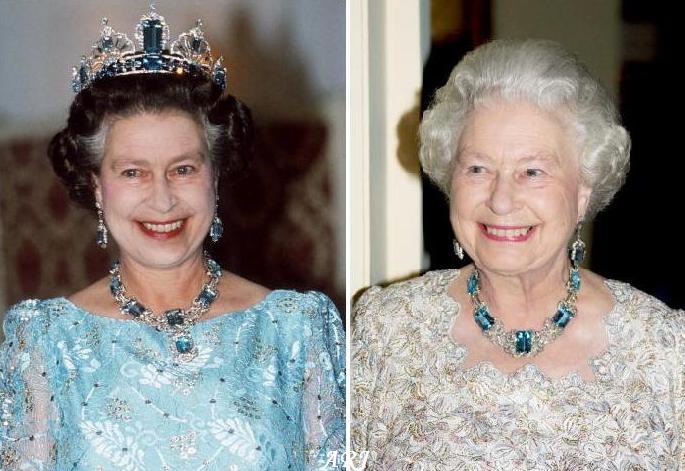 The stunning necklace and earrings made of aquamarines and diamonds were given to the Queen by the President of Brazil for her coronation. In 1958, the Brazil government added a matching bracelet and brooch. So the Queen commissioned a tiara from Garrard to complete the set.

The Girls of Great Britain and Ireland Tiara

It was given as a gift to then Princess Mary, who married Prince George when her fiance, George’s brother Albert Victor, passed away of influenza. It was given to her by a committee of women known as “Girls of Great Britain and Ireland,” who raised money to buy a tiara of diamonds set in silver and gold and topped with a set of oriental pearls. It was later altered by Garrard, with the pearls replaced by diamonds. It became one of Queen Elizabeth II’s favorite tiaras. 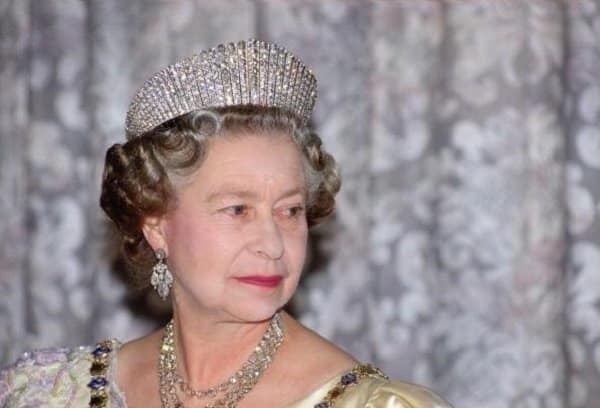 Also known as the Kokoshnik tiara, the Queen wore it on her wedding to Prince Philip. It is made up of almost 400 diamonds set in white and yellow gold. It was originally a gift to Alexandra, Princess of Wales, for her 25th wedding anniversary in 1888.

The Victorian Suite of Sapphire and Diamond set 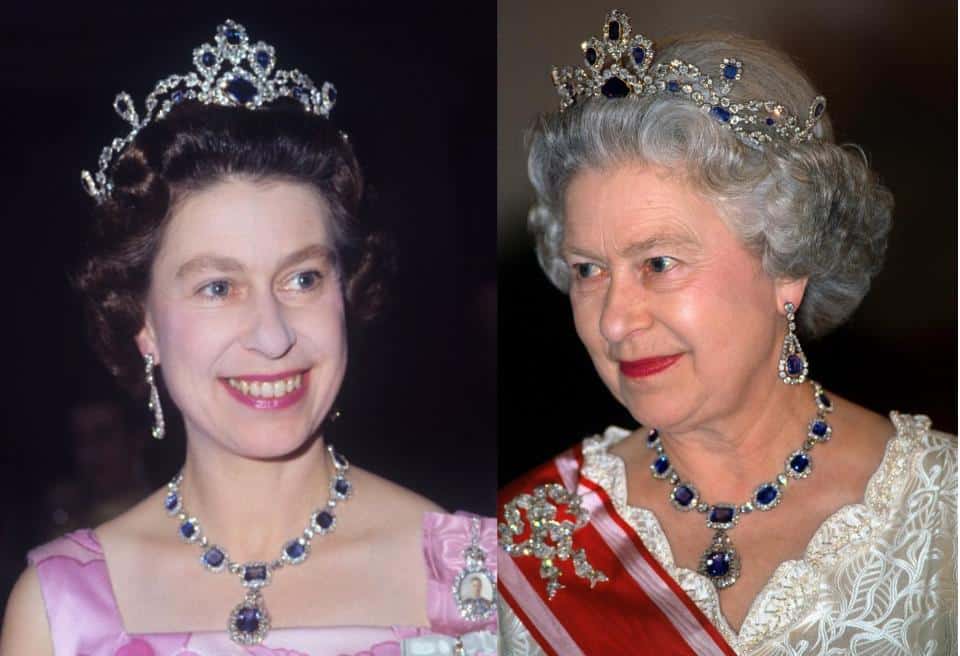 The tiara was a wedding gift from her father George VI. The set started as a 19th century necklace and earrings which the King bought at Carrington & Co.