Puppies are one of the cutest baby animals ever! They give us joy and lots of positivism every time. However, they are also prone to accidents and misadventures, probably because they are so tiny that they can get involved in the most unfitting situations.

In Thailand, an anonymous web user was able to film a rescue operation involving a puppy stuck in an iron pipe. This white puppy of an unknown breed mysteriously ended up inside a small pipe, risking its dear life. Good thing he managed to sick his head out of the pipe for the rescuers to see. The team tried out all possible interventions to get this cute little pup out of the pipe. It is such a heroic act that has left us all in awe. Truly inspiring!

This is how the dog looked like while stuck in the iron pipe. No one knows how it got there but the rescuers are more than willing to save it. 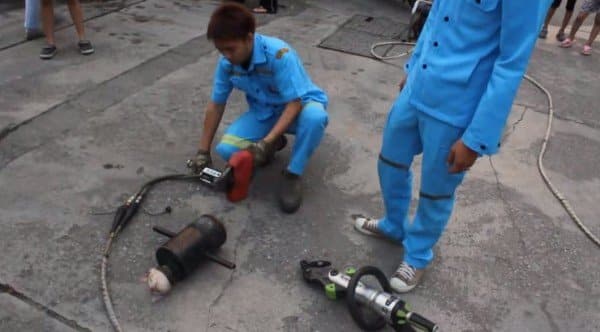 The rescuers analyzed the situation critically to be able to rescue the dog in the safest way possible. 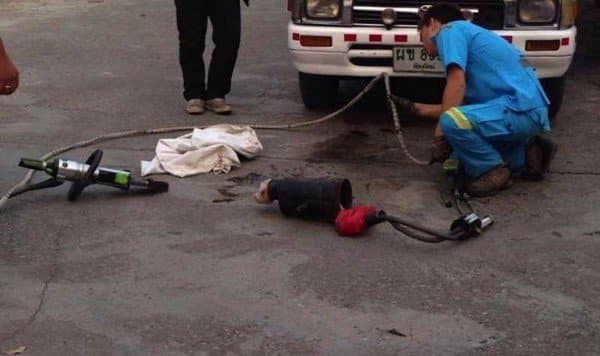 They lathered soapy water all over the puppy in the hopes of easily sliding its body out of the pipe. 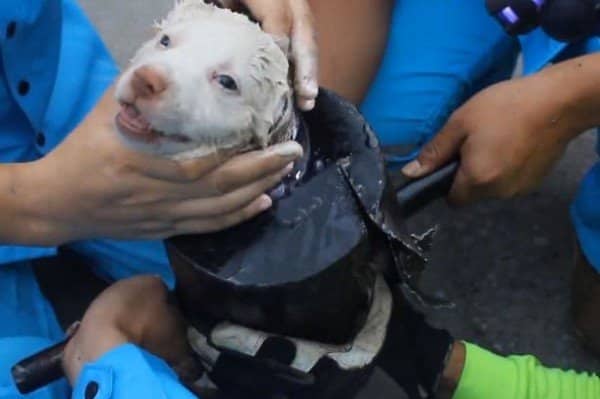 The rescuers tried to use sharp industrial tools to cut the pipe. 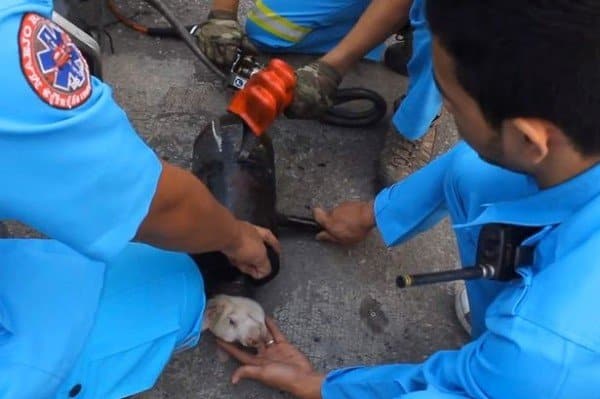 In this photo, it looks as if it is impossible to free this poor pup. 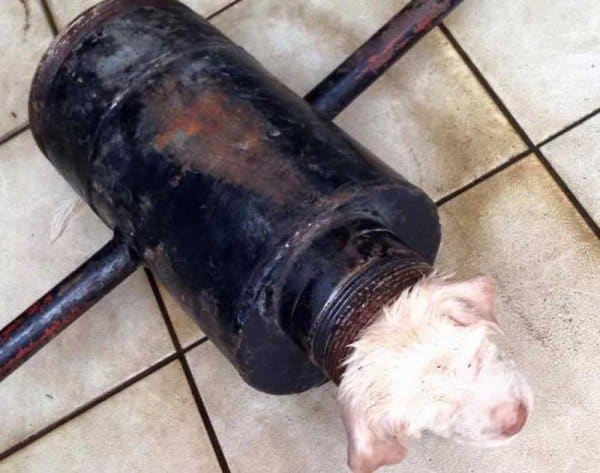 Awww! Some rescuers console the scared pup as the operation is being performed.

After 40 minutes, it is finally free! 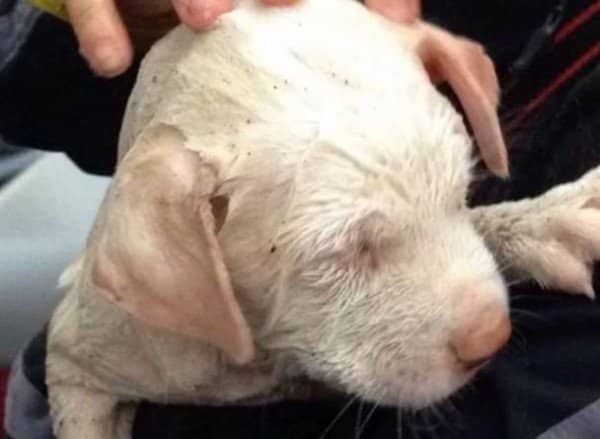 It was even given a bath after the successful rescue operation.

Watch the full video of the rescue below:

Please share this incredible story of life, hope, and inspiration to your family and friends!