Many of us dream about traveling. We wish to see places by land, by sea or by air and document the whole trip through photos and videos we can brag online. In fact, many travelers today would spend half of their trips taking pictures and the other half spent in enjoying.

Among the travel photos we see on social media, selfies taken inside or outside the car would be most common. But have you ever seen someone taking a snapshot outside a window plane? Well check out this guy’s photos!

A pilot creates stunning selfies on plane with the windows down! 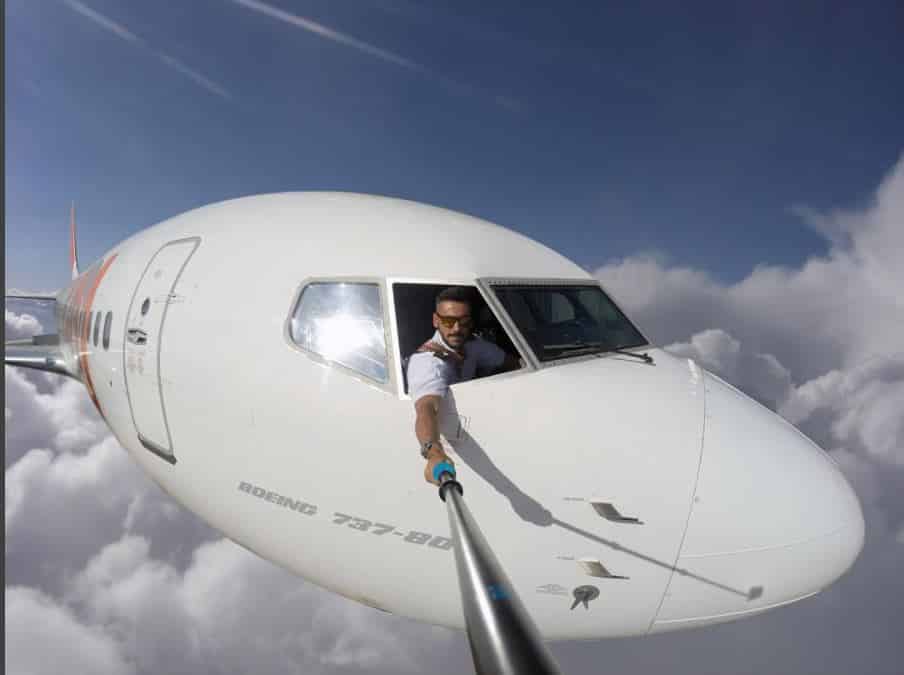 A hot pilot though is blowing the minds of social media users as he posts his selfies from outside of his Boeing looking flawless. The amazing but quite boggling part is that you won’t even see a single strand of hair flying from his face.

People are puzzled with the photos Mr. Ganso is sharing on Twitter. He fearlessly opens the window of his plane to take selfies with his current location’s best spot, but we all know that this is something that’s strictly prohibited on a plane ride. The pressure from the outside could cause technical difficulties and with the altitude, for sure, oxygen isn’t as dense making one probably hard up in breathing.

Many people are wondering how he was able to pull off such stunts. 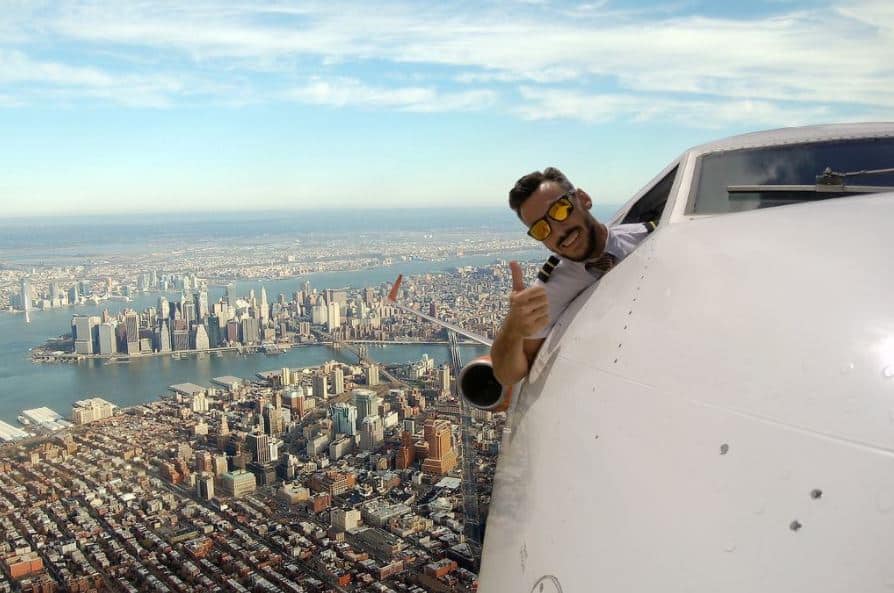 People seeing his photos are trying to figure out how he captured his selfies. 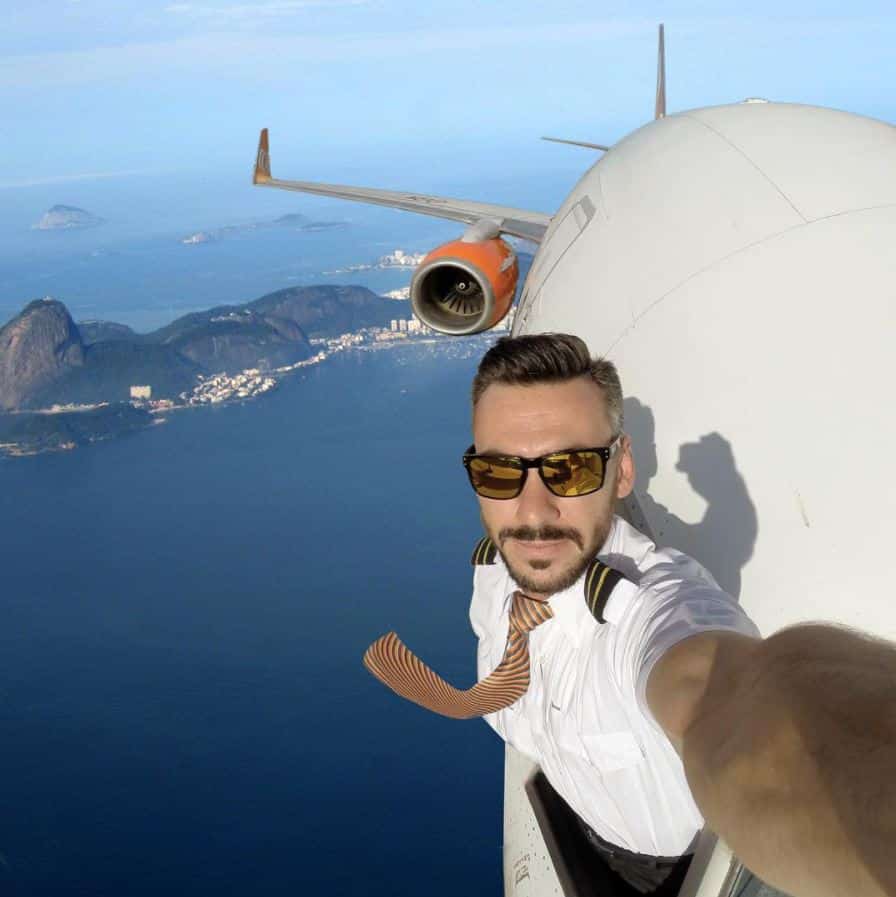 According to Ozzyman, Mr. Ganso’s pictures divided social users. Many are concerned about his safety and would remind him on the comments section to be careful. There is a group though that doesn’t believe in the authenticity of his stunts while the others take effort to examine the images.

Apparently some of his photos were photoshopped.

And indeed, Mr. Ganso’s photos are just another set of photo tricks. Through his glasses, users noticed the reflection of tarmac where he took his selfies before he photoshopped them on plane photos. The photos were greatly edited that they looked real.