For decades, world-renowned Austrian artist Peter Kogler has successfully transformed typical-looking galleries and museums into warp portals where hallucination and reality seem to converge. Using illusory, monochromatic patterns of distorted lines and pipes and similarly warped sculptures, he expertly transports his audiences to a different dimension where their depth perception is put to the test. The seemingly boundless patterns of alternating convex and concave offer a three-dimensional view of a world that appears to move and shift with every step.

First gaining international attention in the 1980s, the Vienna-based artist is a pioneer of computer-generated art. His works, which focus on architecture, cinema, minimalism and pop art, have been displayed in various galleries, museums, and exhibitions, all of which never fail to captivate.

Kogler’s motifs are drawn from the corporal and allegorical realms and then blended into a mixture of unique designs, as can be seen in the patterns that he employs, examples of which include pipes, ants, brain convolutions, and honeycombs.

See some of his works below: 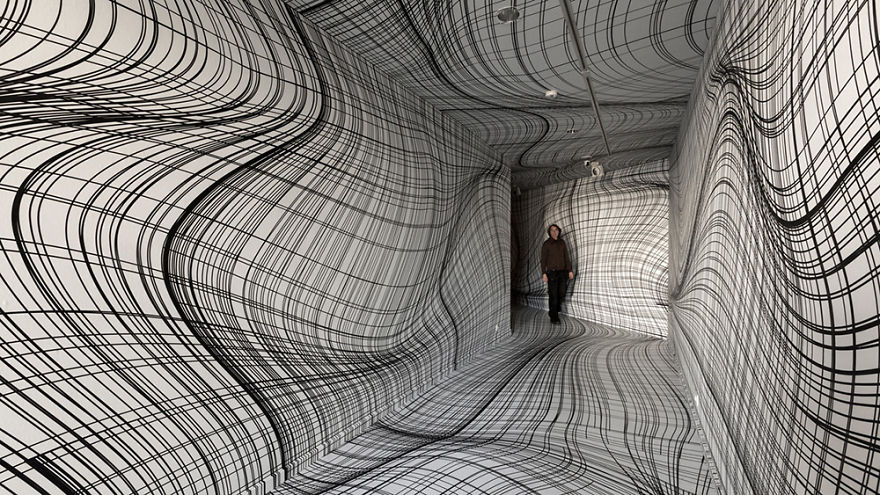 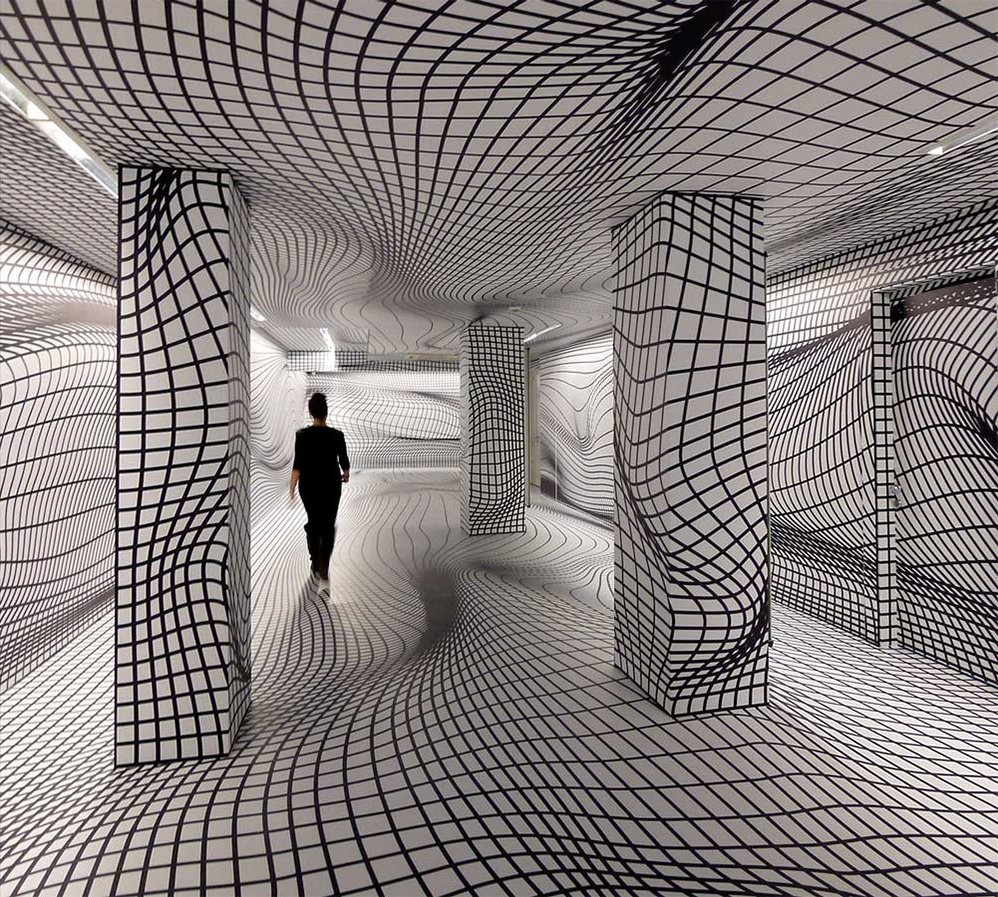 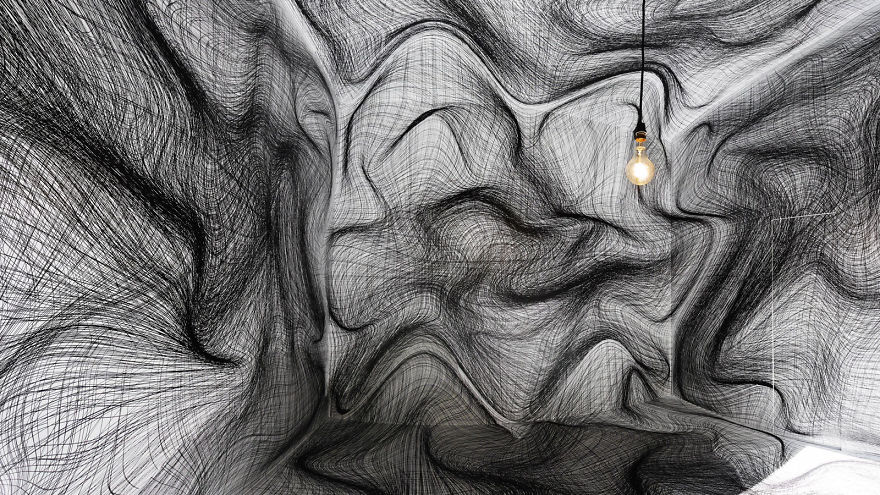 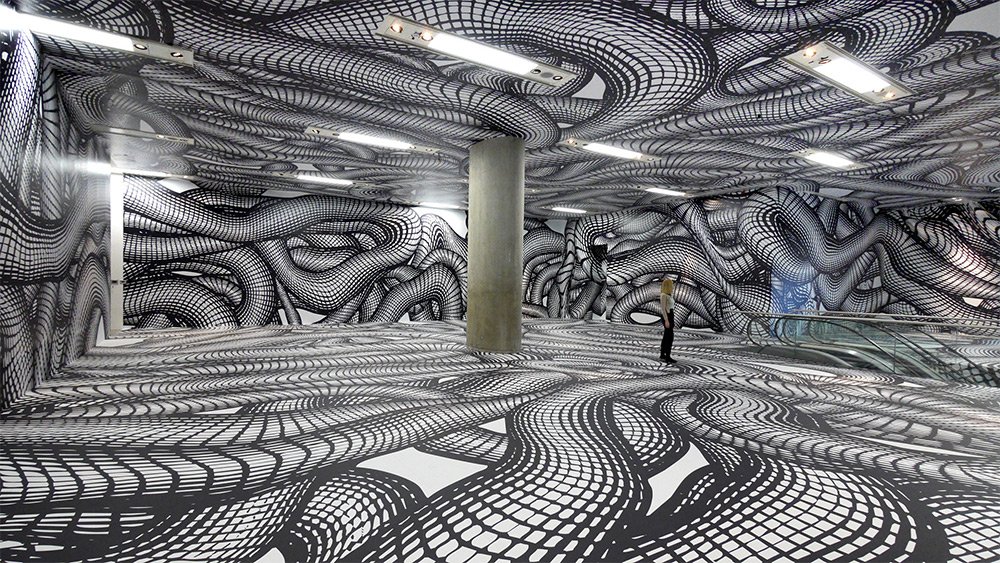 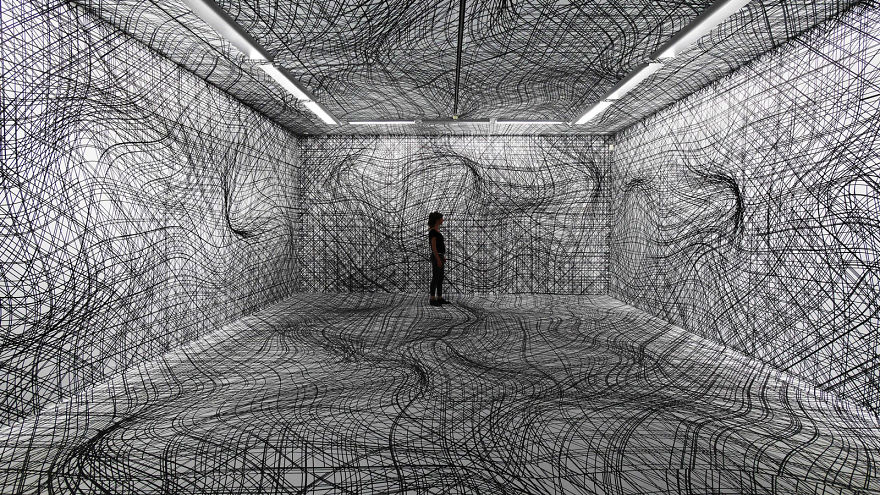 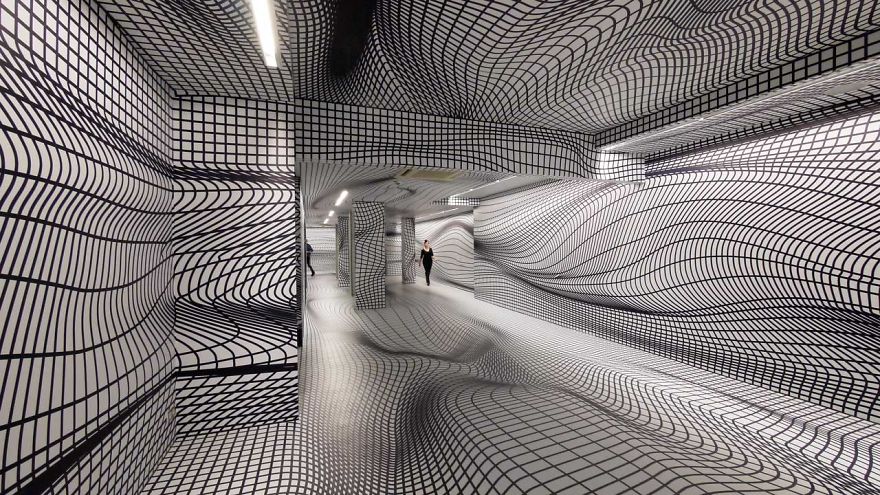 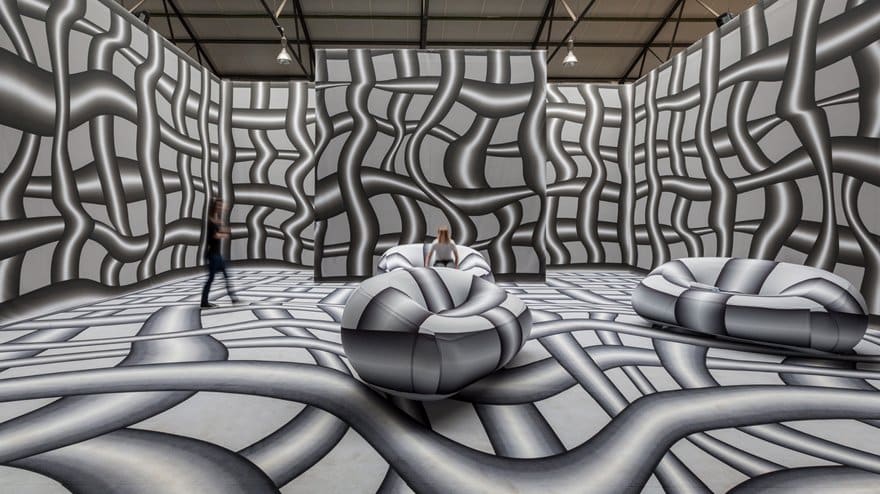