In March 20, 2011, a retired Brazilian bricklayer named João Pereira de Souza discovered an oil-soaked Magellanic penguin lying on the beach by his shanty in the beach village of Provetá in Ilha Grande, Brazil.

De Souza, now 71, took pity on the penguin, so he picked it up and took it home. He cleaned up the penguin and then fed it some sardines. He later nicknamed the penguin, Jinjing.

That was the beginning of an unusual friendship that has lasted up to this day. 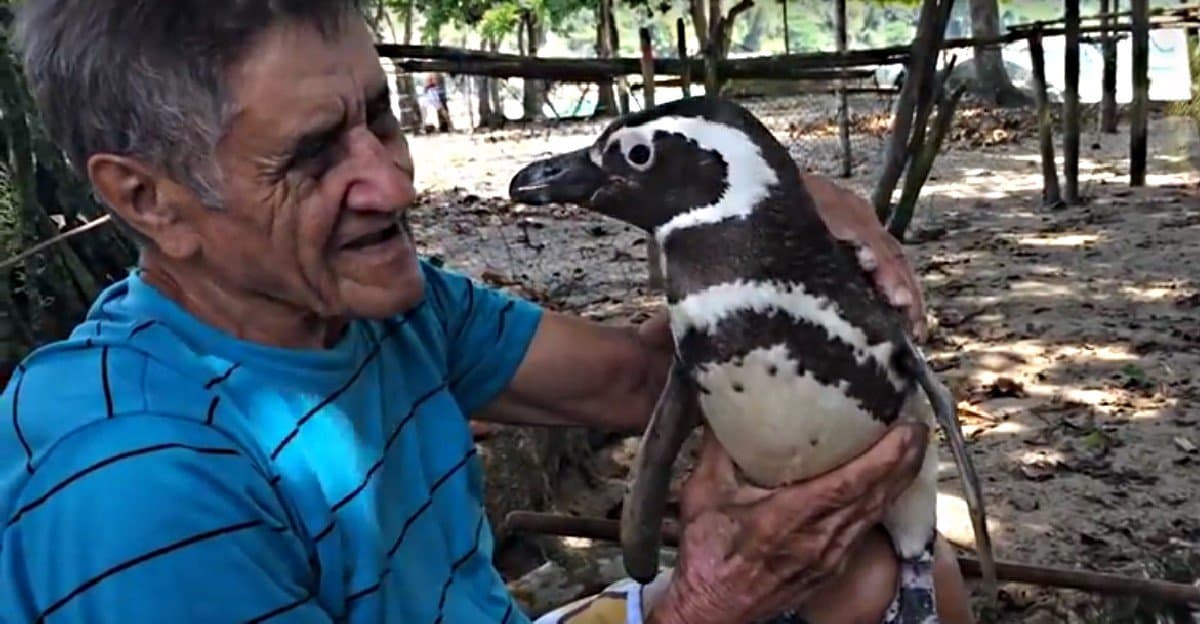 Even if Jinjing does leave Ilha Grande from time to time — disappearing for days or sometimes even months to mingle with other penguins — he always returns to De Souza’s home in the remote fishing village.

When Jinjing is with De Souza, they swim together, go for long walks, and even engage in what could pass for conversation between a human and a penguin.

In a story by Paul Kiernan in The Wall Street Journal, it’s revealed that the name, Jinjing, “is a term of endearment in parts of Brazil.” In fact, the penguin is considered the village mascot in the island of 1,300 residents. Everyone there is well-versed in the tale of Jinjing.

Jinjing was lying on the shore of the beach village of Provetá. 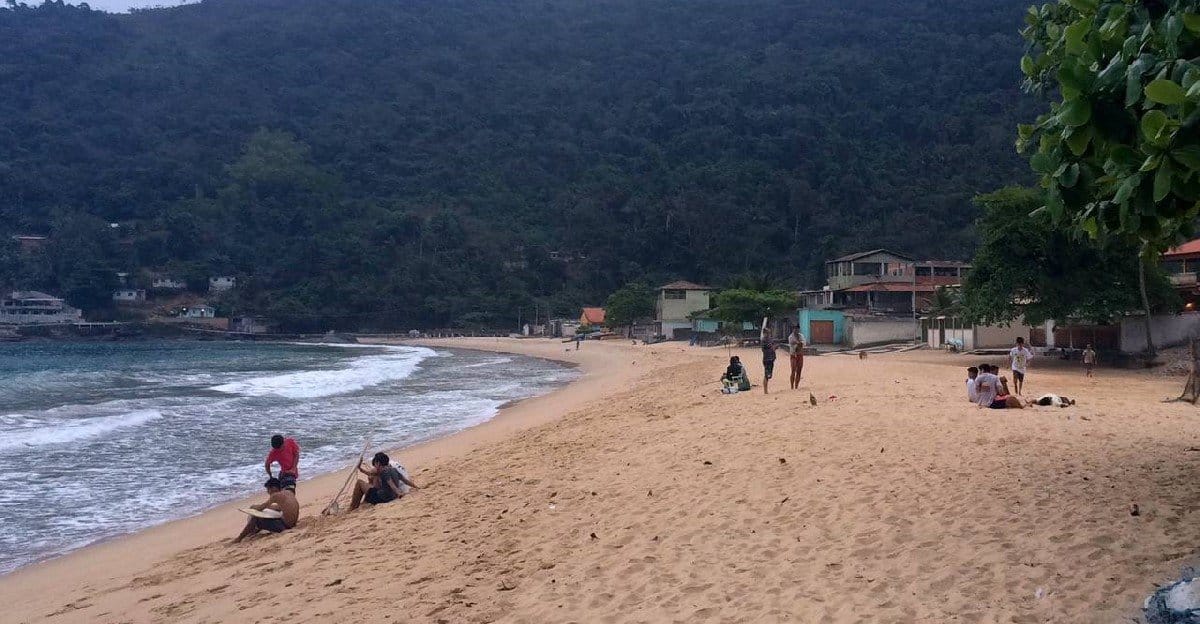 As De Souza recalled, when he encountered Jinjing in 2011, he expected the penguin to simply swim away after it felt well enough. De Souza had taken the bird to the water’s edge to encourage it to go back to its home. He related, “He took a drink of water and then came back onto the beach. So I gave him three more sardines and that was it: He never left me again.”

Magellanic penguins like Jinjing are native to Patagonia. They migrate thousands of miles between Patagonia breeding colonies and feeding grounds farther north. Their mating season is around September. They usually lay their eggs and hatch them between December and February.

Jinjing does leave Ilha Grande for a longer stretch in February and he returns to De Souza in June.

His daughter says De Souza considers the penguin “like his son.” 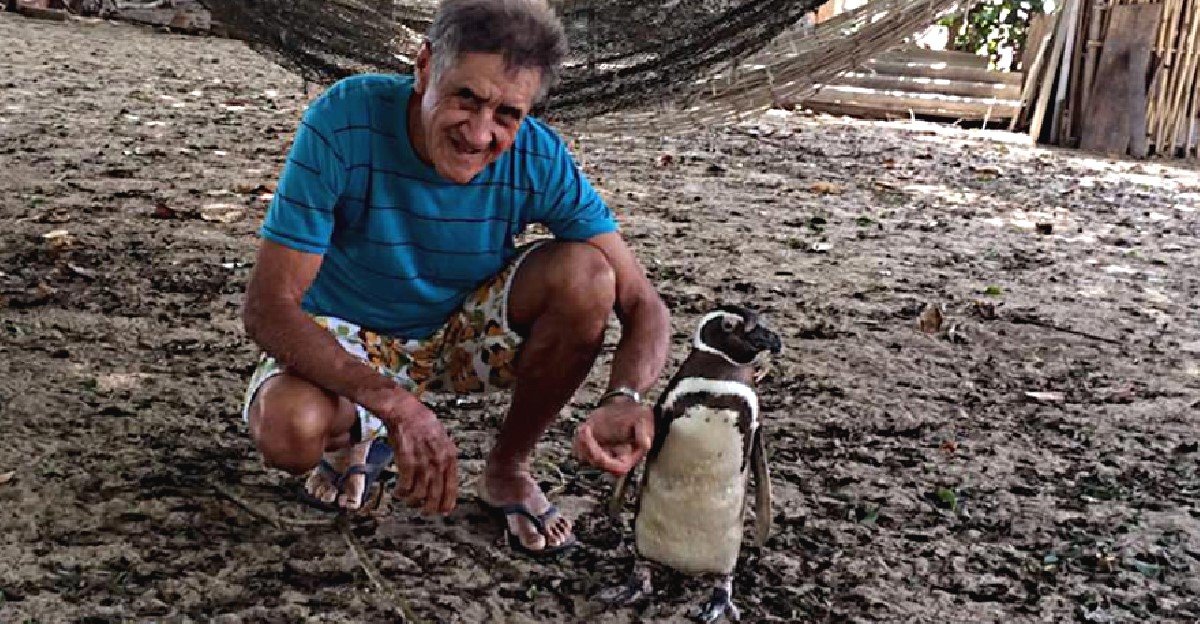 Dyan deNapoli, a veterinary nurse who used to take care of penguins at Boston’s New England Aquarium and has a website called The Penguin Lady, noted: “It’s possible that (Jinjing) has redirected his natural instinct to mate toward De Souza.”

That, of course, only means Jinjing has prioritized his friendship with the man who saved him. As De Souza reveals, “He’s jealous for me. He doesn’t let any dog or cat near me or else he goes after them and pecks.”

De Souza’s daughter, Mery Alves de Souza, has likewise said that Jinjing has become “like a son” to her father. She even pointed out that her father spends more time with the penguin. By contrast, it’s hard to ask him to visit his “real childen” in Rio de Janeiro, which is six hours away from Ilha Grande.

João and Jinjing seem like they’re soul mates despite being from different species.

Well, there are just some bonds we can’t explain. Let’s just be happy that De Souza and Jinjing found each other.