It is one of the most recognizable symbols in the world yet only a few are aware of how the peace symbol came to be. The sign, which consists of a circle and three lines, has been connected to hippies and the Summer of Love back in the 1960s. However, its origin comes from a darker side of history.

Gerald Holtom had created the design for a specific event in 1958. The artist and pacifist introduced the symbol in signs and banners carried by people who were protesting nuclear weapons at Aldermaston in London. It was a simple design that was immediately adopted by the Campaign for Nuclear Disarmament (CND). The symbol borrowed its design from the semaphore alphabet which is used by sailors to communicate with flags. 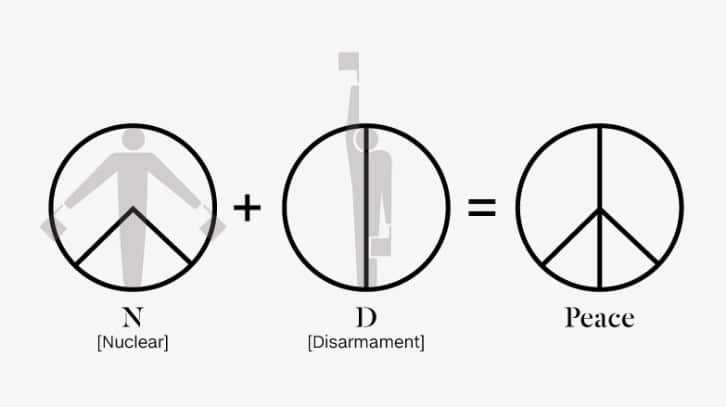 The nuclear disarmament symbol was also adopted in the US and used in the civil rights movements. Although it was initially used to protest nuclear weapons, it took on a more general meaning across the pond.

People began using the design as a sign of peace. This is how it became associated with anti-war protesters and young adults who were part of the counterculture movement.

The symbol is commonly seen on Volkswagen vans during the 1960s. 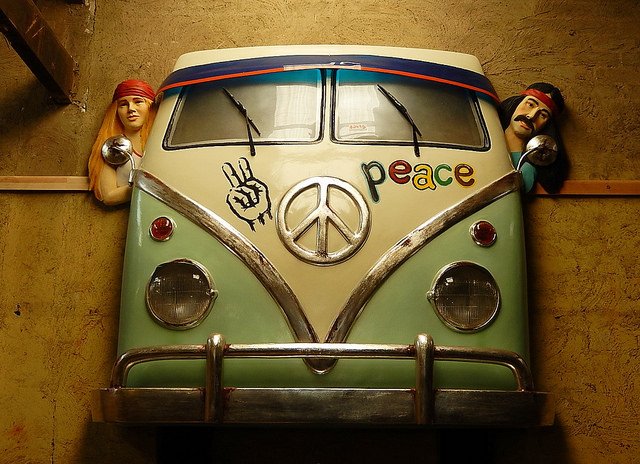 The simplicity of the design and the fact that it was kept free from copyright made it easy to use the peace symbol for just anything. According to peace symbol historian Ken Kolsbun, the iconic symbol “came at the right time.”

“It also kept adapting, like a chameleon, taking on many different meanings for peace and justice.”

People have not stopped using the peace symbol. In 2015, French artist Jean Jullien updated the symbol to represent solidarity after the Paris bombings.

Jullien added the Eiffel Tower into the design and the world once again embraced the symbol.

Jullien admits he doesn’t feel “pride or happiness” at how people supported his design but says he is “somehow glad people made use of it.” 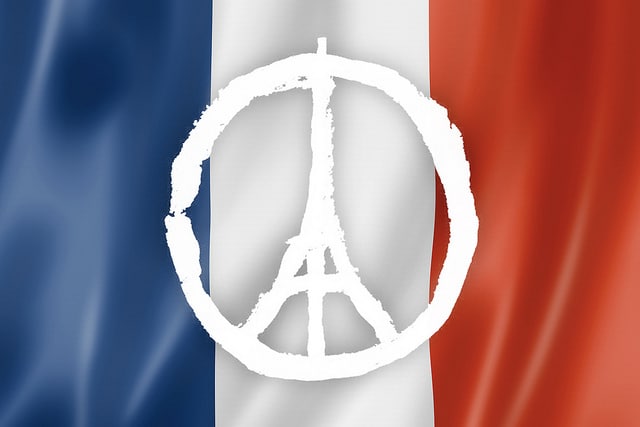 It certainly has been a turbulent 60 years for the design. There is little doubt that the peace symbol will continue to remain significant in the coming years.