What would you do if you encountered a cyclops? In India, several people are already worshipping a calf with a strange birth defect. The unfortunate creature was born with one huge eye is believed to be a god and has gone viral on the internet.

The one-eyed calf was born in the Bardhaman district of West Bengal in India. In the shocking video footage, the poor creature is shown somehow gasping to breath because of it doesn’t have a muzzle. Nevertheless, it is still very much alive and appears to be healthy.

The young calf struggles to breathe through its mouth. 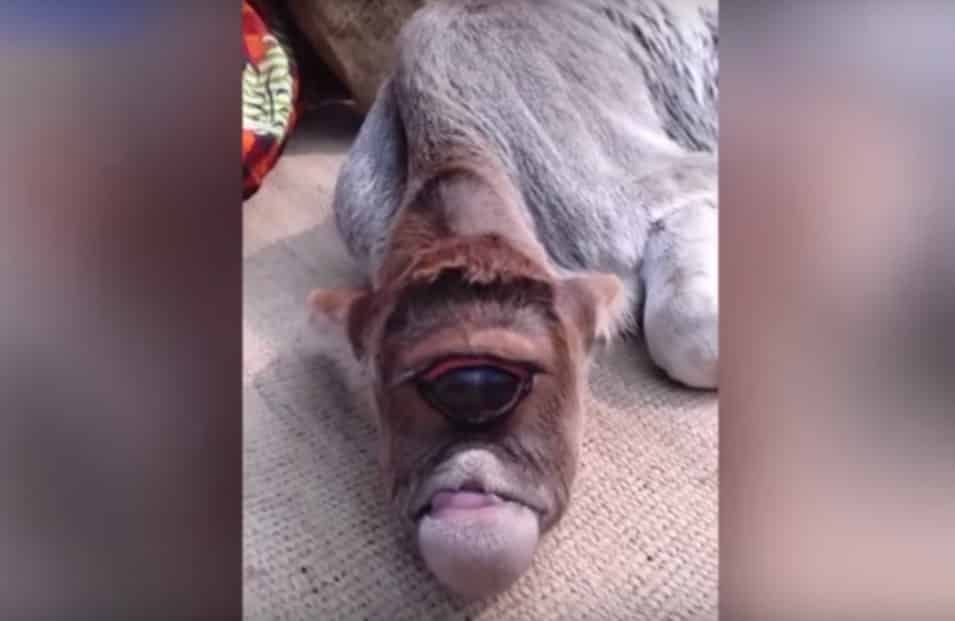 The calf’s appearance is due to cyclopia, a condition where the eye sockets do not form properly in the womb. It’s a rare congenital disease that only occurs in one in 16,000 animal births. Unfortunately, most animals born with cyclopia do not live long after birth.

There is a sad reason why babies born with cyclopia are unable to survive. In addition to having only one eye, they are sometimes born without a nose. This is why the calf is clearly struggling to breathe. Its current survival is quite remarkable. Unfortunately, experts are not as optimistic about how long the little heifer will live.

A one-eyed goat was also worshipped in India in 2017. 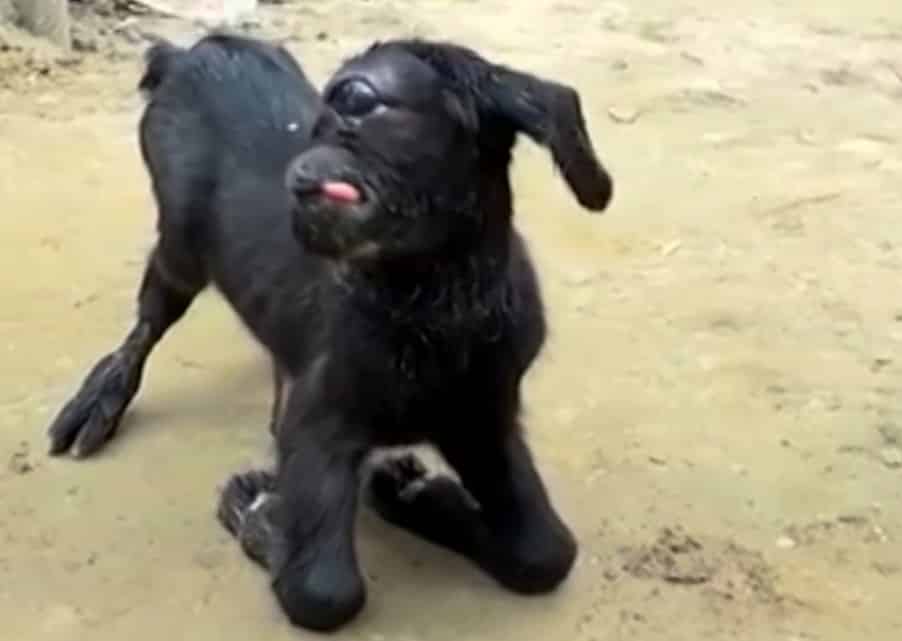 The strange one-eyed creature has already proved to be a celebrity in the Bardhaman district. According to the owner, many have come to visit to worship the calf.

“Ever since it was born, people have crowded my place to see the bizarre calf. They are now considering it to be a miracle of God and have started worshipping it,” the owner said.

Although it is rare, the calf is hardly the first one-eyed creature that has been worshipped in India. In 2017, a goat was born with the same defect and has also earned many worshippers. Unfortunately, none of the creatures have lived long since birth.

Watch the shocking video below: