When the heavy rain starts to pour, most people have smiles on their faces because that would mean classes and work will be suspended. However, things are way different for other people who do not go to school or have the white collar jobs.

Just like an old man in Sta. Rosa, Laguna, Philippines, who had to brave the harsh rain just to sell vegetables. This is a heartbreaking reminder for all of us that not all people rejoice or benefit from the heavy downpour.

His family’s food for the day probably depends on his sales that day. 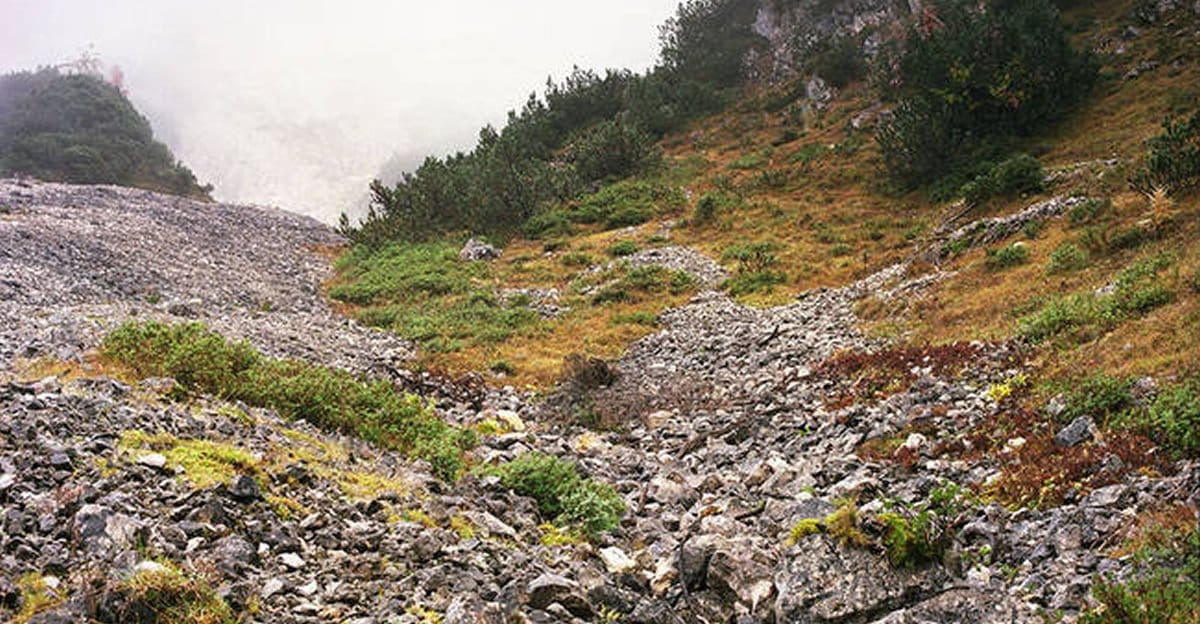 Netizen Anne Lorraine Olarte shared the photo of the old vendor, who is determined on selling the vegetables despite the rain. Knowing the fact that the goods will not be fresh the following day that could cause him to lose income, he continued to sell them with just an umbrella to protect himself from the bad weather. 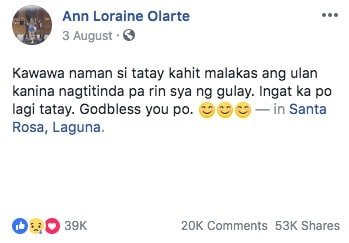 After sharing the photo on social media, the post had been shared more than 50,000 times. Compassion then poured for the old man as evident in the comments section.

Others urged people who live nearby to buy the old man’s vegetables. Many are also concerned about the vendor’s health after battling the heavy rain. They hoped that he would stay healthy and not get sick.

Netizens then started to tag the country’s popular reality programs Kapuso Mo Jessica Soho (KMJS) and Rated K, which are known for featuring inspiring stories and helping those who are in need. Both shows have not picked up the story yet as of this writing.