The bond between humans and animals is unique in its own way. When a dying chimp refused to eat and drink, the caretakers tried so hard to feed her but to no avail.

Now, a footage emerged of the dying chimpanzee recognizing the voice of her former caretaker since 1972, Professor Jan van Hooff.

The chimpanzee named Mama was a former matriarch of the chimp colony at the Royal Burgers Zoo in Arnhem, Netherlands. 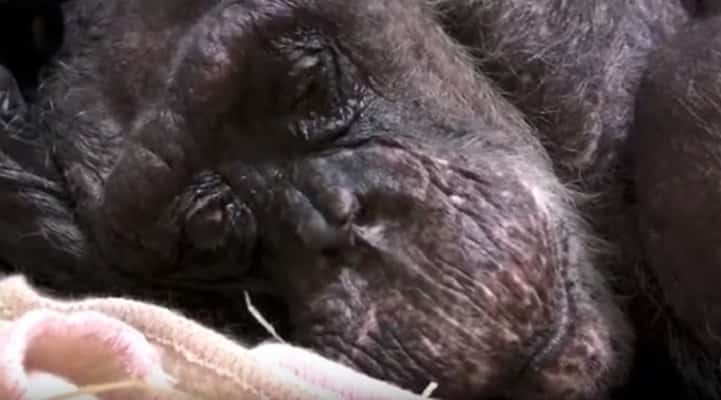 The sweet and sad video shows the friendship that has formed between the chimp and his old caretaker. They have known each other for 45 years.

Mama was first seen curled up in a ball as she lies on hay, with a sad expression and weak condition. 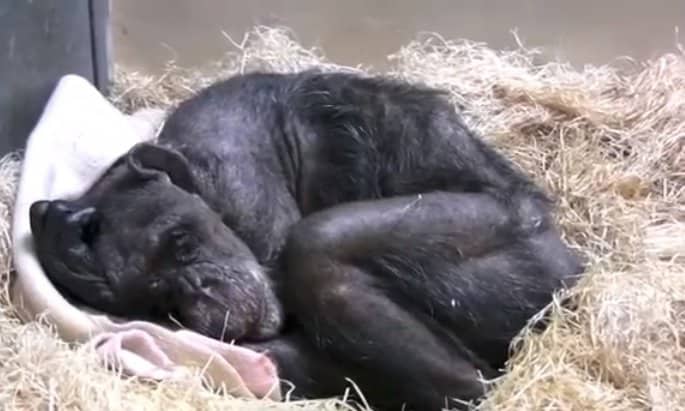 When Professor Hooff arrived, she did not recognize his voice at first. 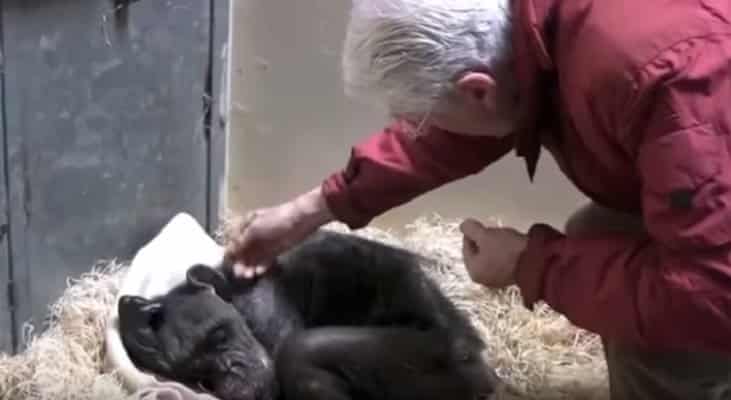 When he started rubbing her and tried to feed her, she suddenly smiled, the biggest one seen in the video. 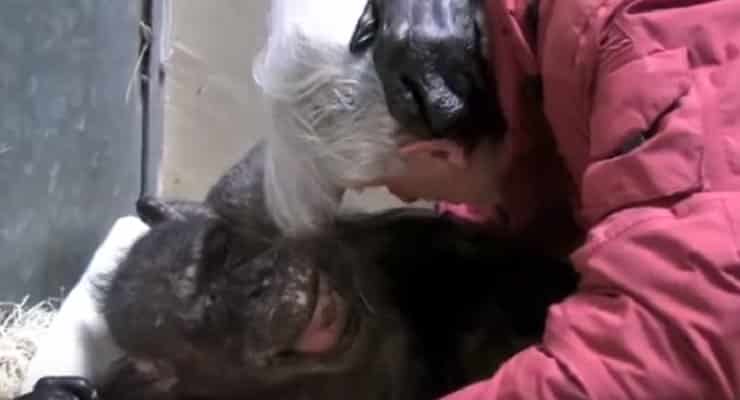 At last, she realized that it was the voice of her old friend and he’s there to see her for the last time as she was dying, sick and unable to eat. She smiled, hugged and touched the professor looking excited and happy.

After their sweet and heartbreaking last meeting, Mama has died a week later.

Prof. Hooff was a professor of behavioral biology at Utrecht University and co-founder of Mama’s chimp colony, the first one established inside a zoo in the 1970s.

“She had an exceptionally strong and dominant personality so that no man who wanted to come to power could do so around her. She also brought consolation when there were tensions and mediated conflicts.”

“She will be sorely missed, also by me, because I have rarely seen such an admirable character in both humans and apes.”

This heartbreaking video is a true proof of the bond humans and animals have. Don’t forget to grab a tissue because this video is truly touching.