Which is more scary – heights or depths? For this question, I would answer depths. Why? Well, heights can be frightening, but at least you have the consolation of knowing what’s below you. The thing with depths, on the other hand, is that you never really know how deep it is and what’s lurking underneath.

Take this creepy video as an example.

Porsche Indrisie was quietly filming a crab in a tide pool in Western Australia. The crab was peacefully and slowly edging towards the shallow water when the most unexpected thing happened. An octopus sprung from the water and wrapped itself around the crab! Surprisingly, the 10-legged crustacean was no match for the 8-legged mollusk. The octopus effortlessly dragged the crab back into the depths of the sea to enjoy its meal. 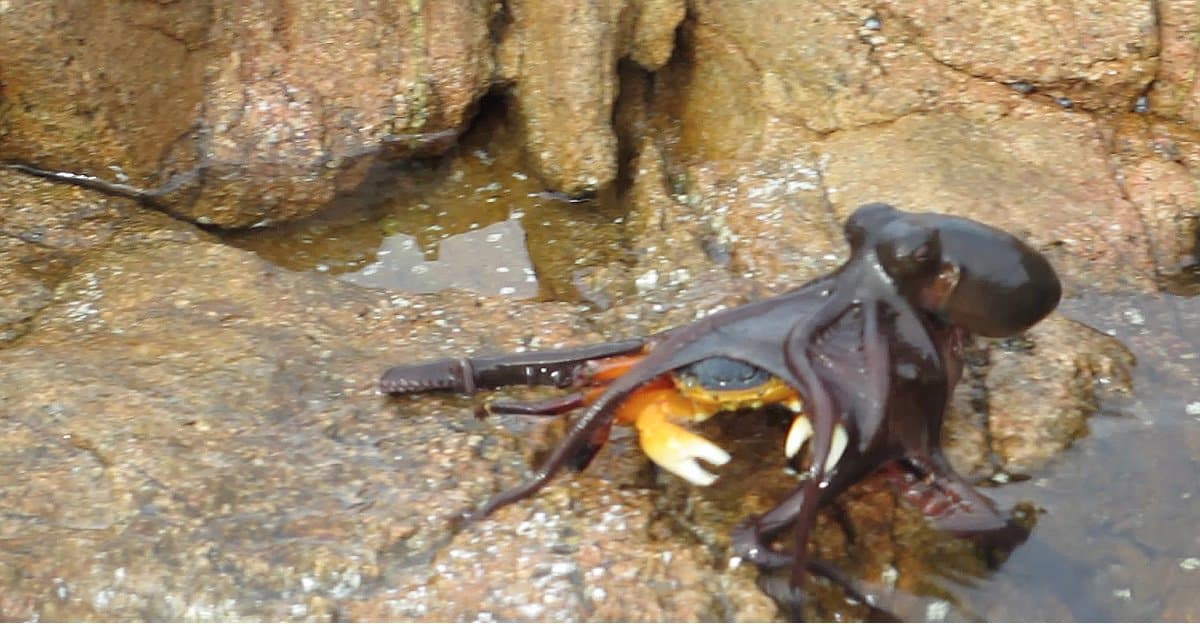 “I have never seen anything like this before. I was filming with no purpose, but what I captured ended up being perfectly timed,” Indrisie told National Geographic.

Watch the creepy video below:

Well that escalated quickly! Who knew that an octopus can do this kind of thing?! If this can happen in shallow water, then what is it capable of when it’s in the depths of the ocean?

I really wouldn’t want to know.