In Mortana, off the Flinders Highway between Port Kenny and Streaky Bay on the Eyre Peninsula, you’ll find these rock formations that you may genuinely think are haystacks from a distance!

You’d have thought you were looking at giant haystacks from a distance!

It’s said that sometime at the start of the 1900s, an agricultural adviser was passing by and saw these giant wind-word boulders. He initially thought they were haystacks and asked the owner of the property, Murphy, how they could produce so much hay. He remarked, “the farmer must have harrowed his land to produce such an impressive abundance of hay.” The owner replied that they’re just rocks and that’s when they were named Murphy’s Haystacks.

“The farmer must have harrowed his land to produce such an impressive abundance of hay!” “Nope, they’re just rocks.” 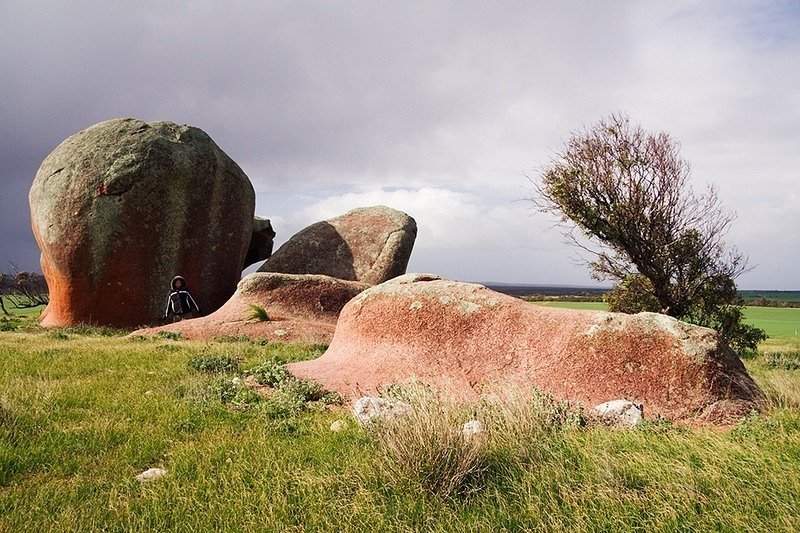 These giant boulders are what geologists refer to as inselberg, which is formed when a body of hard rock surrounded by a layer of soft rock become exposed to erosion. If you look closely at the rocks, you can discern the different layers.

Murphy’s Haystacks are what geologists refer to as inselberg. 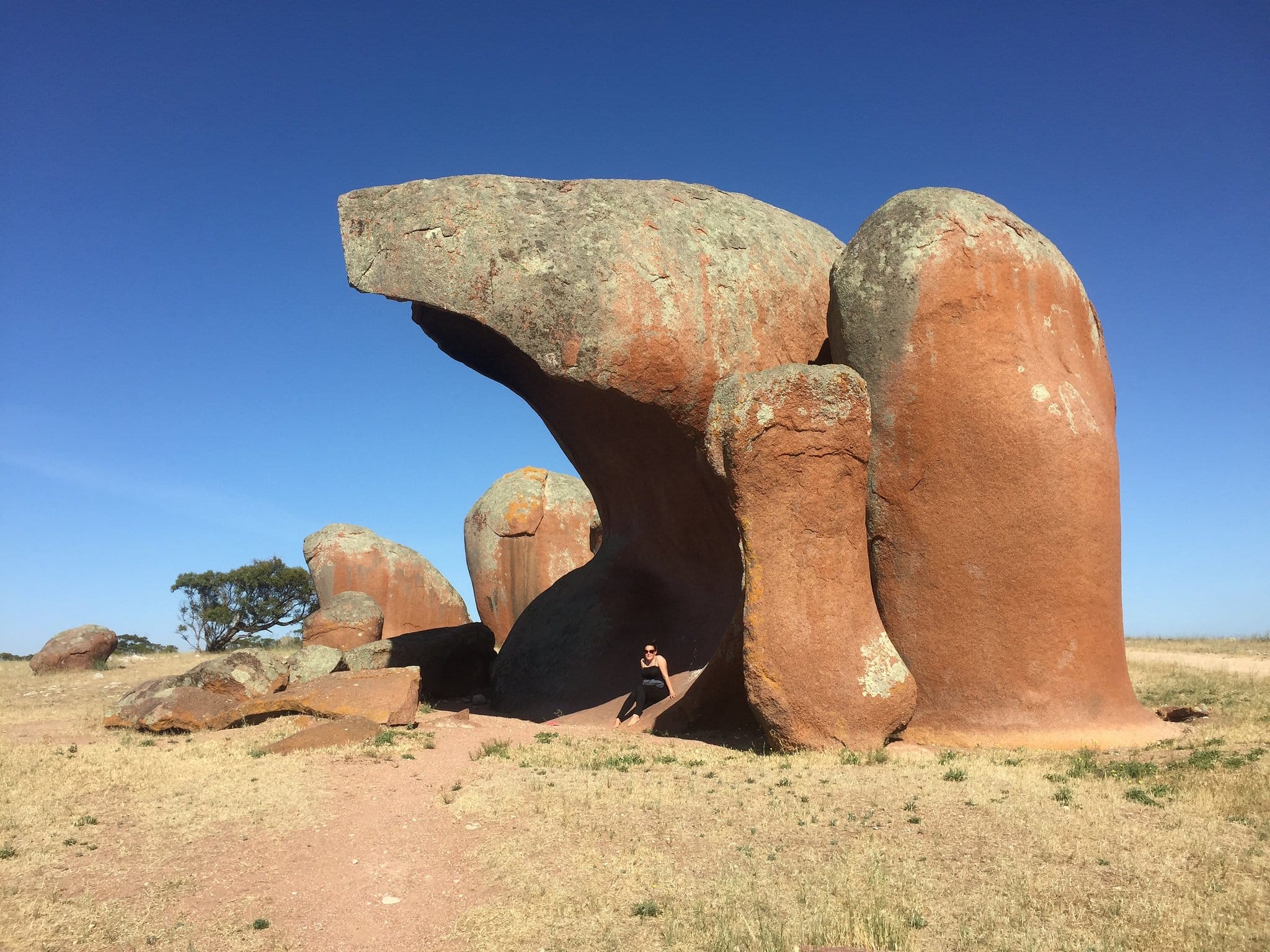 The creation of Murphy’s Haystacks began about 1.5 billion years ago when boiling magma filled the gaps below the 7 to 10 kilometers earth’s surface and then cooled. This created a granite base. Later on, some 100,000 years ago, the whole area where the haystacks lie were buried by calcareous dune sand. It was only 34,000 years ago when they were uncovered by severe erosion, thus exposing their present form as pillars and boulders.

The tallest of the boulders are about 8 meters highs! 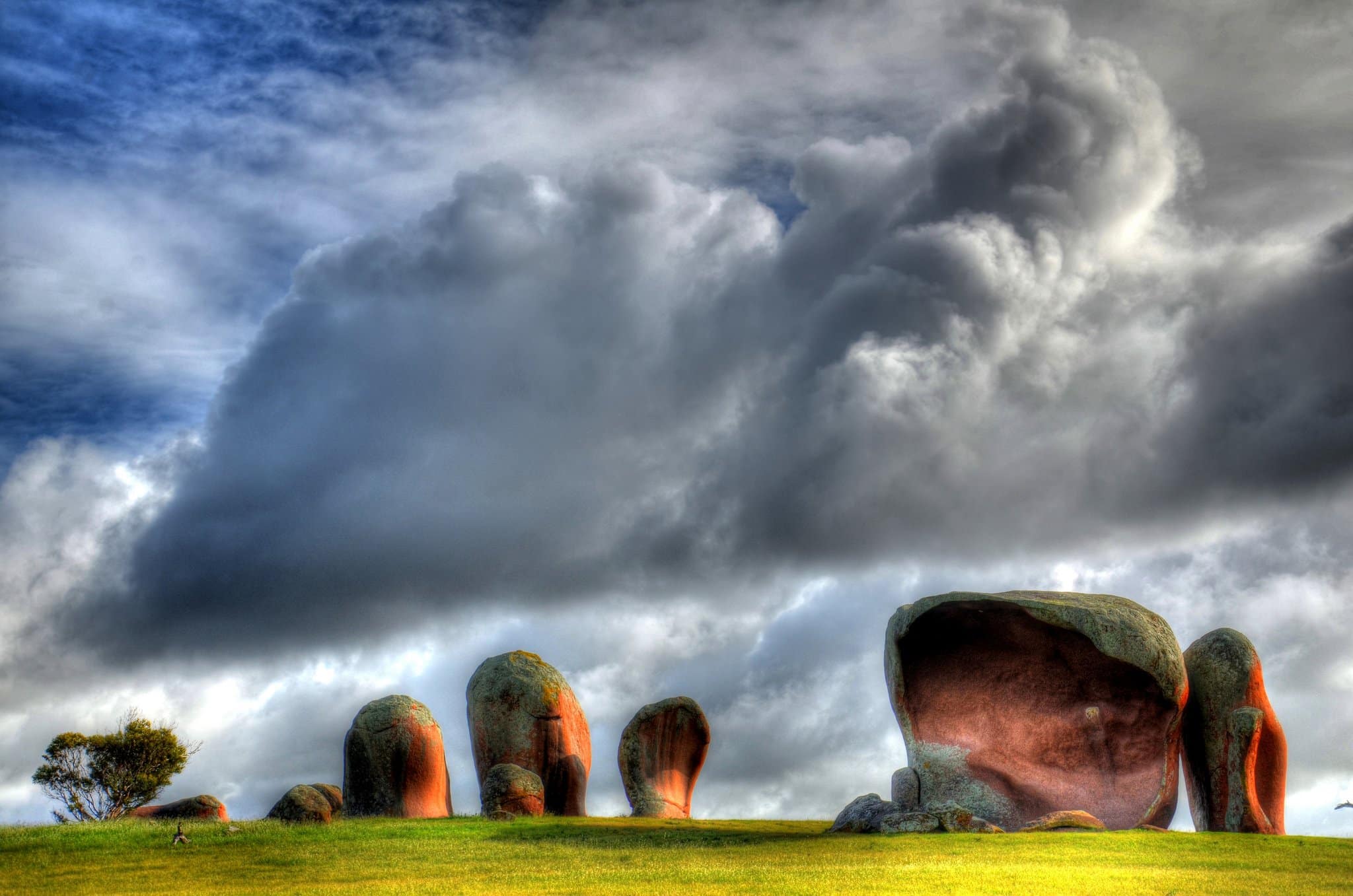 Unlike the Stonehenge, however, these rocks serve no known astronomical purpose. But due to their strikingly surreal appearance and their bright red glow, they have become quite the tourist attraction on the Eyre Peninsula. Murphy’s haystacks are located on a private property owned by Dennis Cash, grandson of the eponymous Denis Murphy.