The world is truly a beautiful place and there are so many beautiful places that we may never know existed. It would be quite a disappointment if you don’t get to see them for yourselves, so we’ll give you the list of the most beautiful places you probably never knew were just around the corner.

Get your passports and luggage ready because you just might add several of these locations to your bucket list: 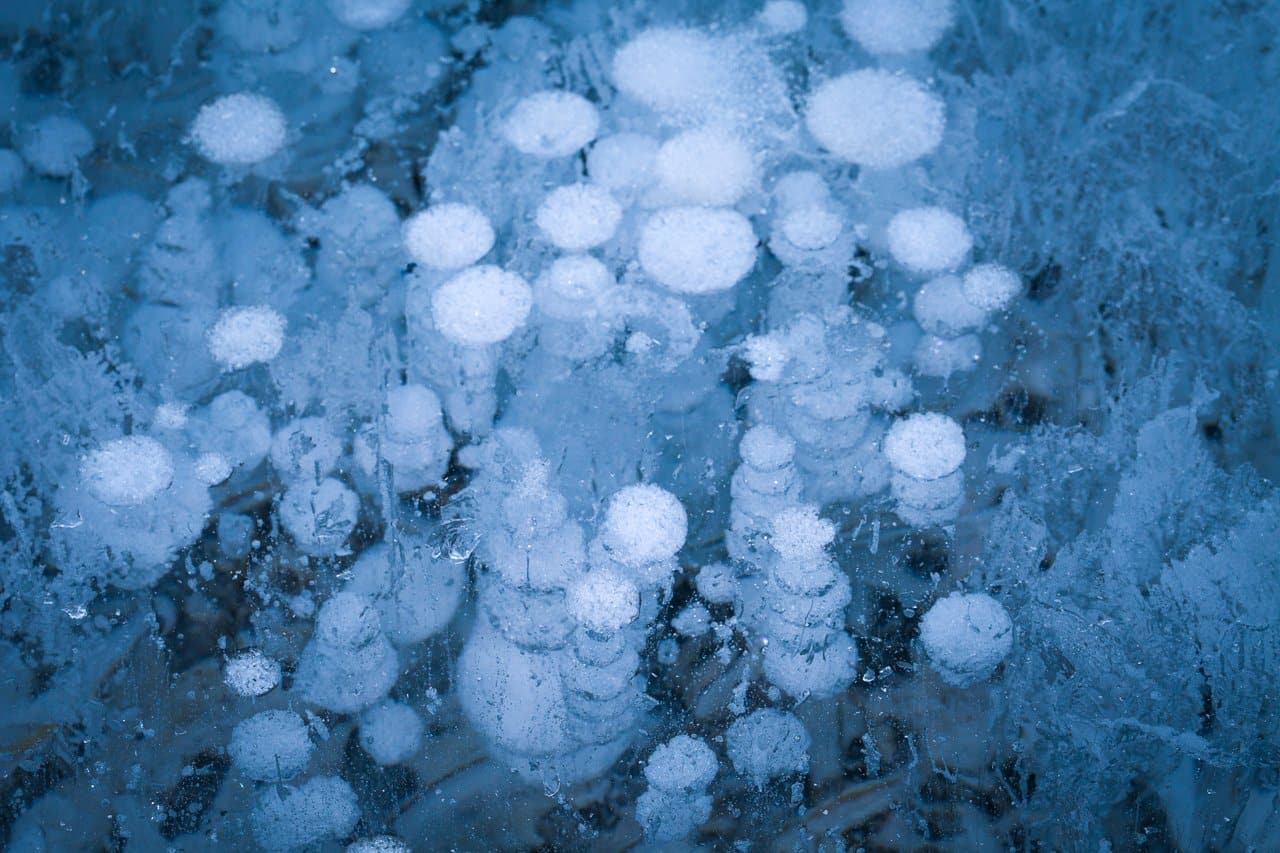 When freezing water traps methane bubbles produced by bacteria feeding off of the dead matter of the sea, you get the amazing pockets of frozen orbs of Abraham Lake in Alberta, Canada. A word of warning, though, be careful not to smoke while near the area as methane is highly flammable, should the ice crack and the bubble burst. 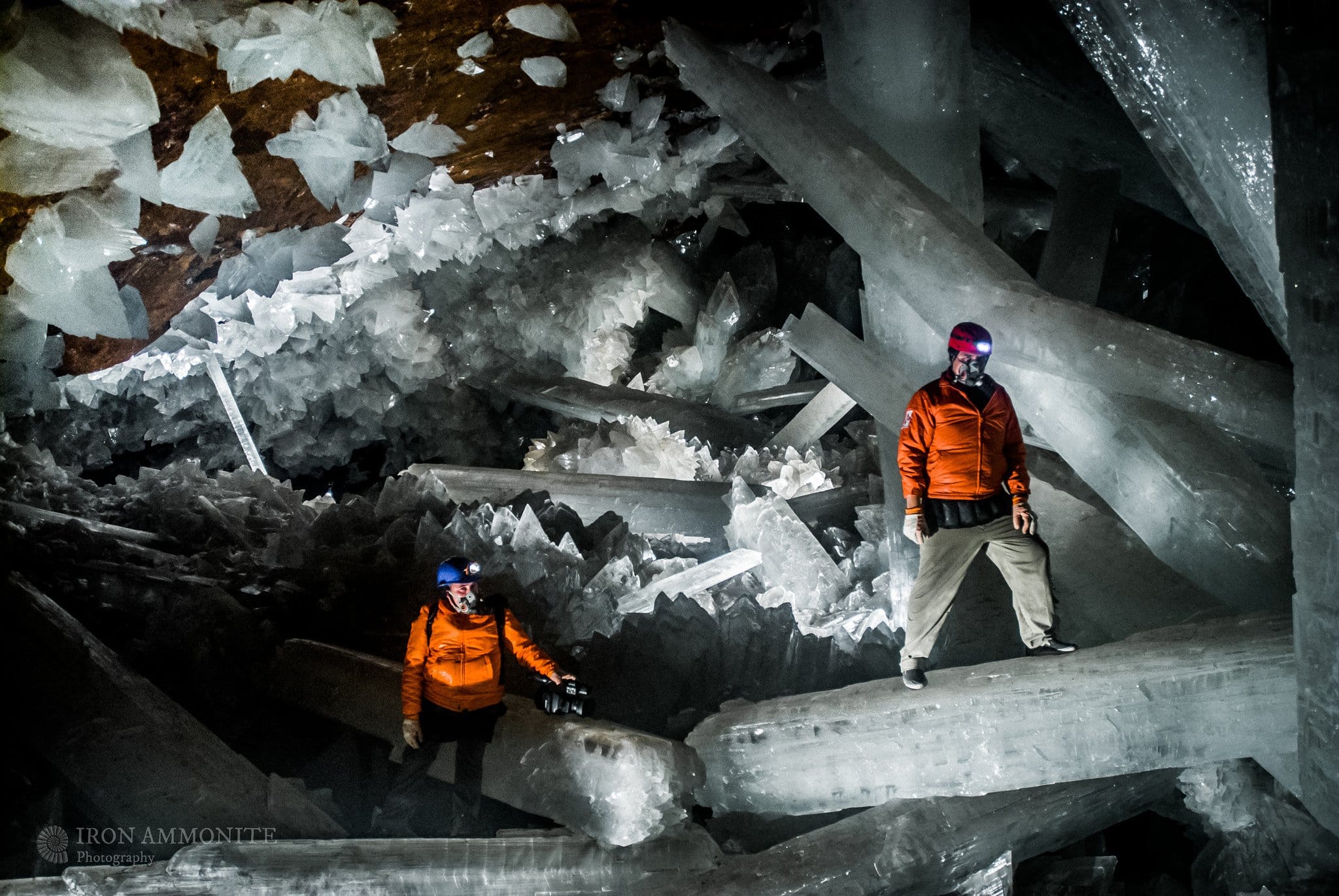 The ‘Cave of Crystals’ was accidentally discovered in 2000 by two brothers who were mining for silver. This epic location is filled with translucent crystals measuring at 30 feet, which are over half a million years old. To get there, you’ll need to go through a 20-minute ride through the mine shaft, a triple digit temperature, and 90% humidity. You’ll literally need to go through hell first before getting to paradise. 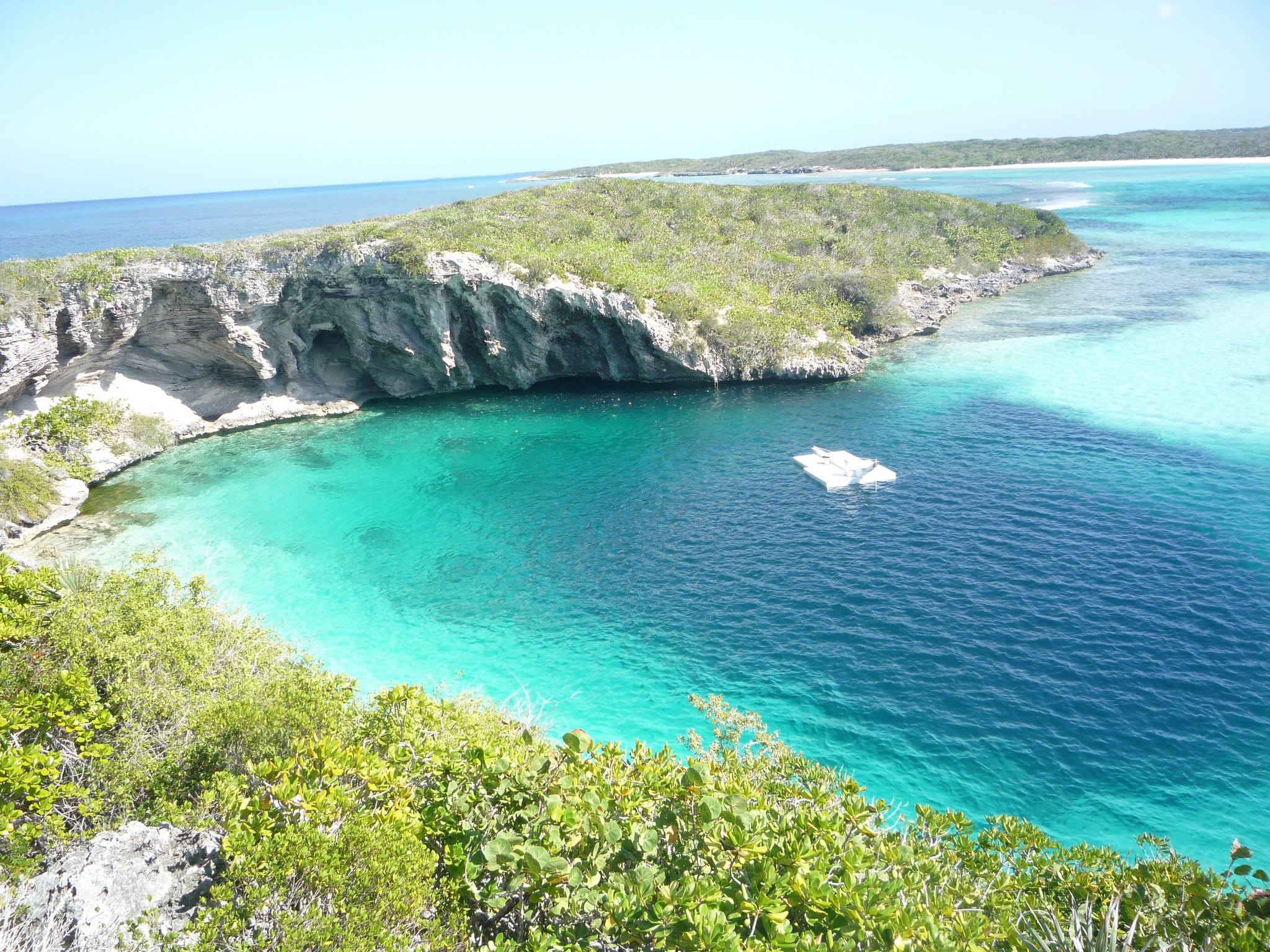 This destination combines both the beautiful white sandy beaches of the Caribbean and the amazing cenotes of Mexico. Dean’s Blue Hole is the largest blue hole in the world. As you descend past 60 feet, Dean’s Blue Hole opens up to the largest cenote, complete with colorful tropical fish, seahorses, and turquoise water. 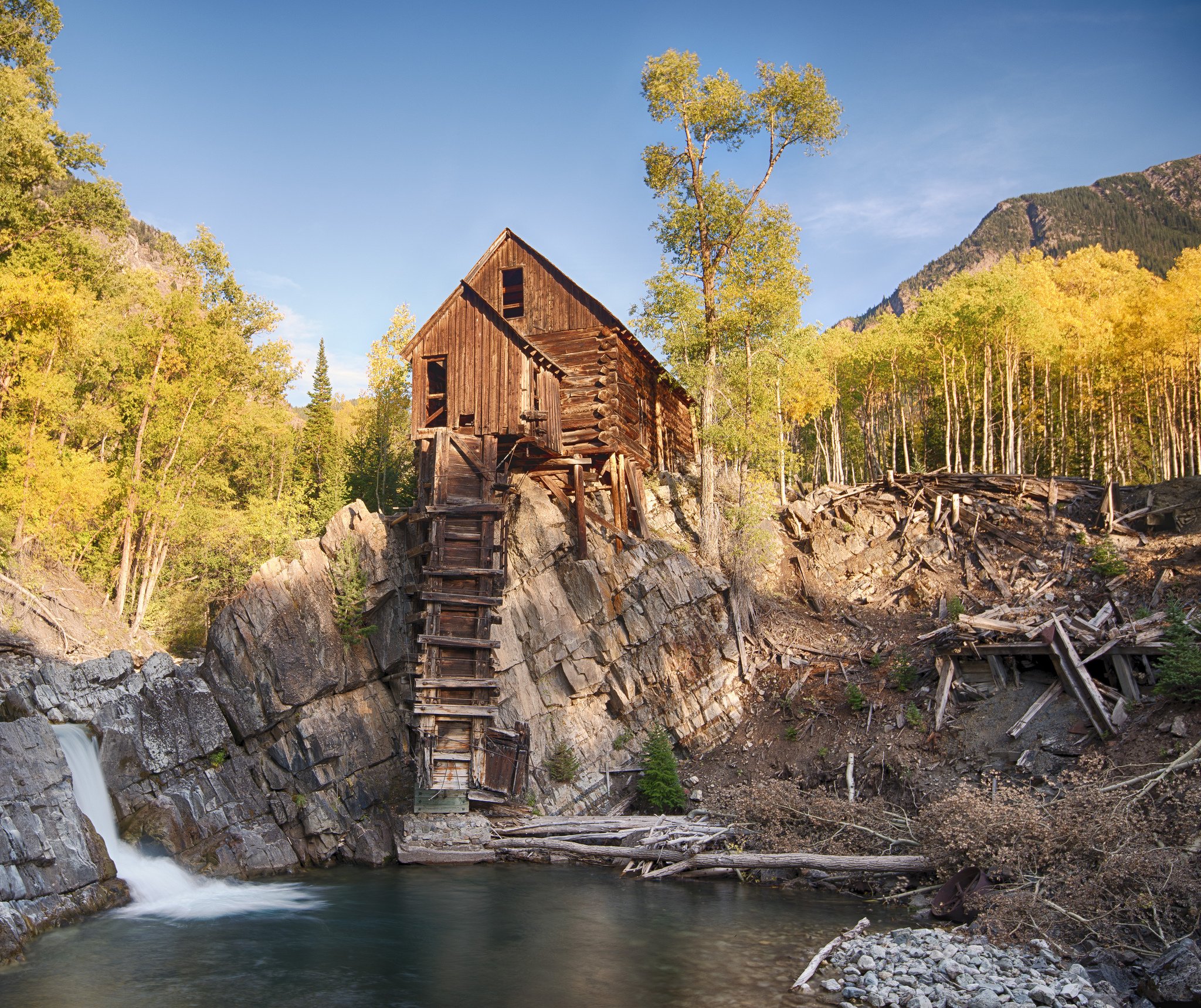 An hour outside Aspen, take an eight-hour hike from the nearest road to get to an old ghost town at the base of the Rocky Mountains. The only remnant of the location is an old mill. Best time to visit is during fall when the leaves, blue sky, and snowcapped peaks provide a captivating view. 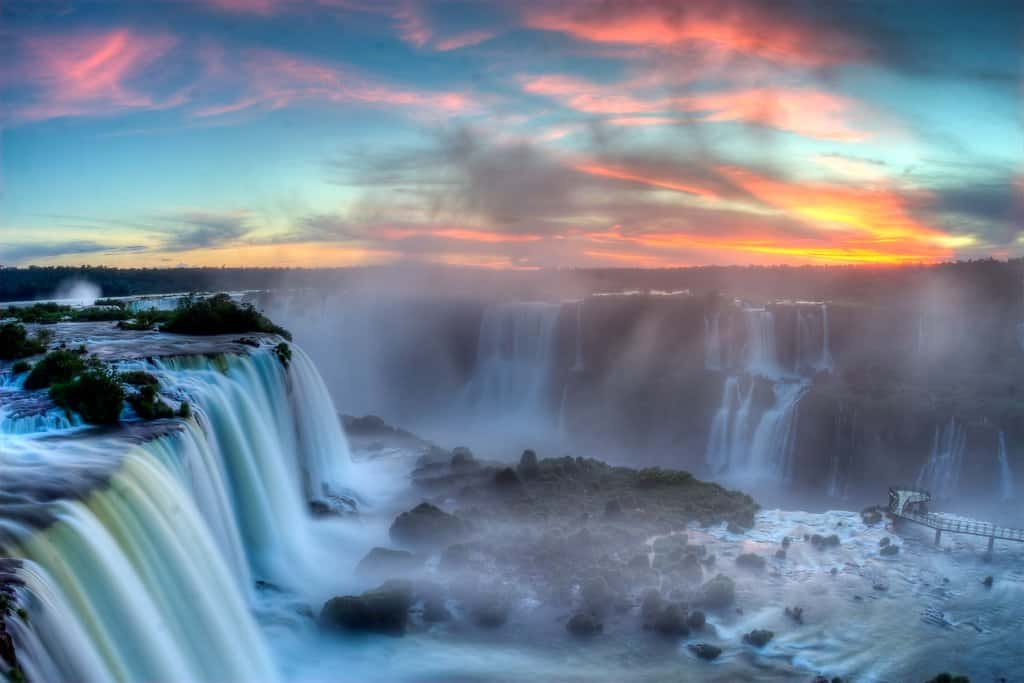 Iguazu Falls is a city of 250 waterfalls stretching across two miles, which dumps 53,000 cubic feet of water per second. That’s a lot of water when you think about it. Consider the fact that it is located in the rainforest of South America and you’ll pretty much include it in your travel list for sure. 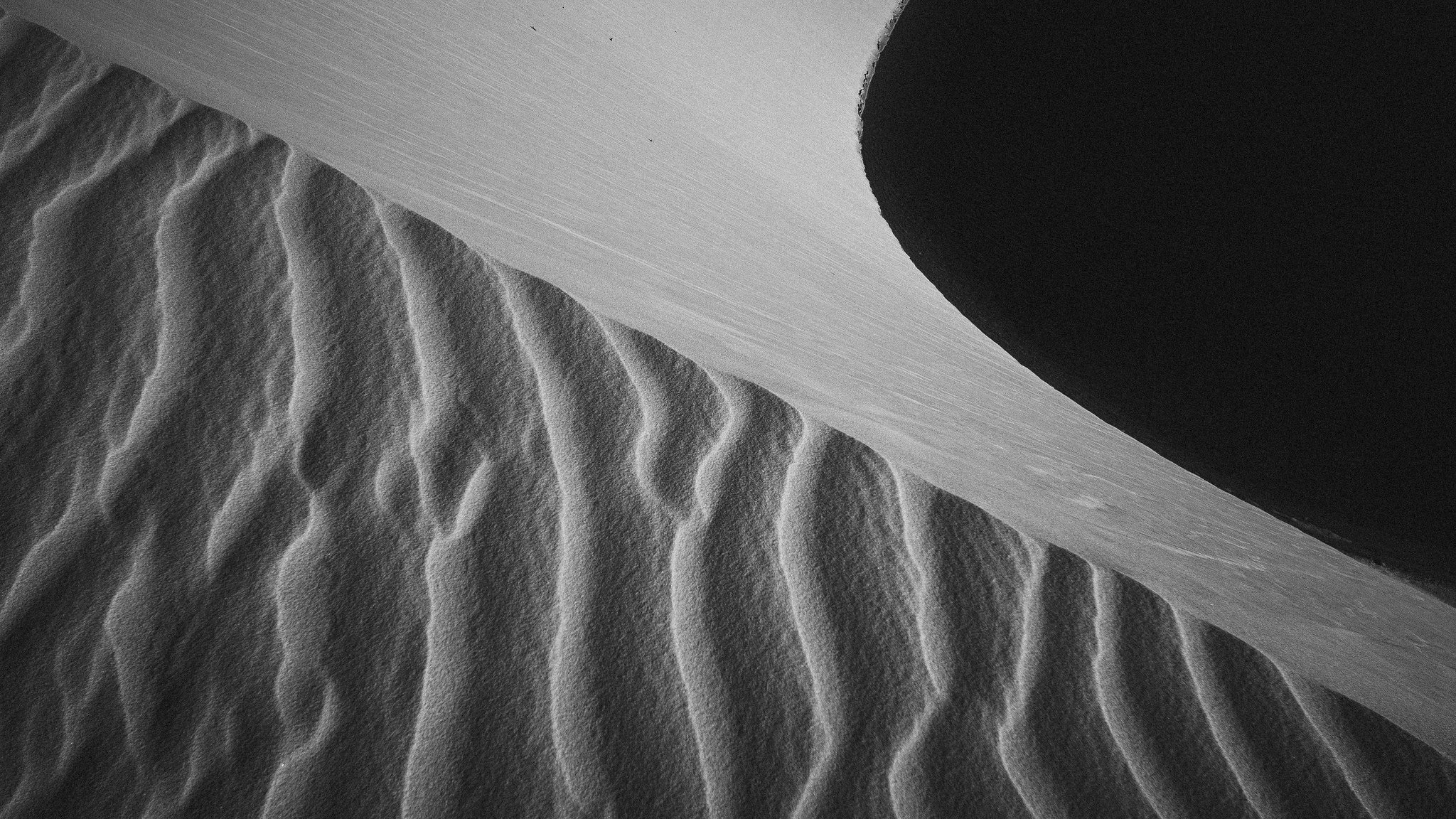 Translated, the destination literally means, ‘bedsheets of Maranhao,’ located in Northeastern Brazil. The sand dunes stretch across 600 square miles from the shoreline. The dunes form when the Parnaiba and Preguicas Rivers send the sand back and forth, thus the formation. Sometimes, lagoons spring up once in awhile, making the dunes look even more eye-catching. 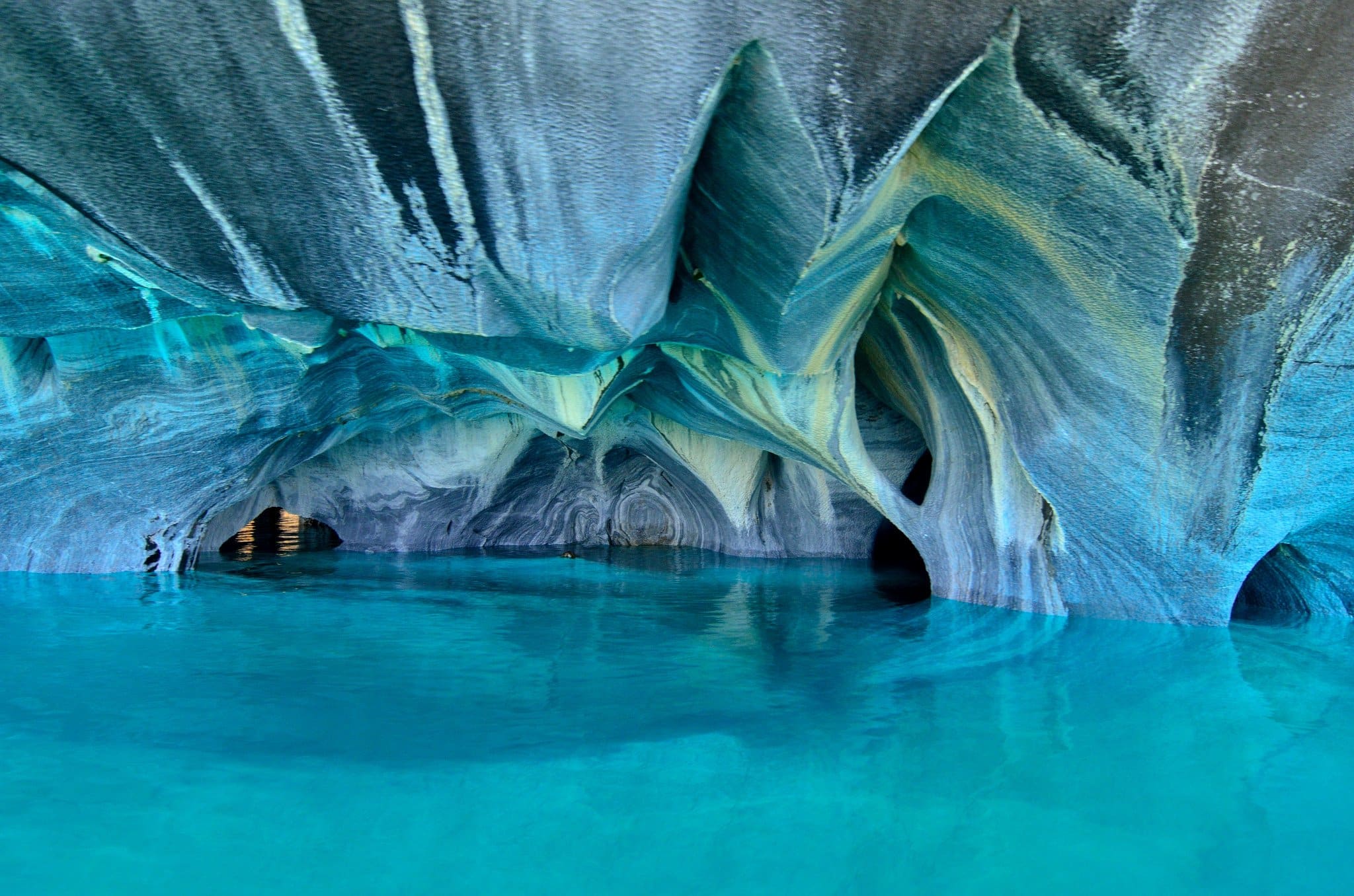 This Patagonian peninsula is made of complete marble and is surrounded by a massive glacial lake. The marble cave changes in color depending on the reflection of the water, and the reflections also change the appearance of the patterns on the marble. So, visiting at different times of the year will give you different experiences. These caves are only accessible by boat. 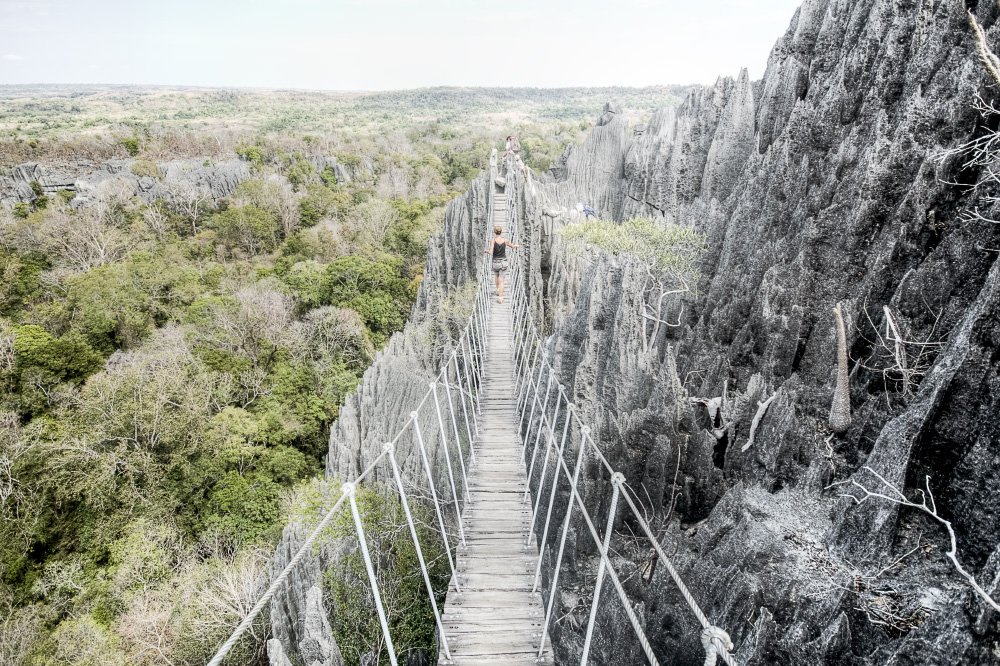 This limestone forest is so surreal, you would probably think it came straight out of a movie. Slabs of rock mix with the trees, literally creating a forest of jagged peaks of stone and lush leaves. 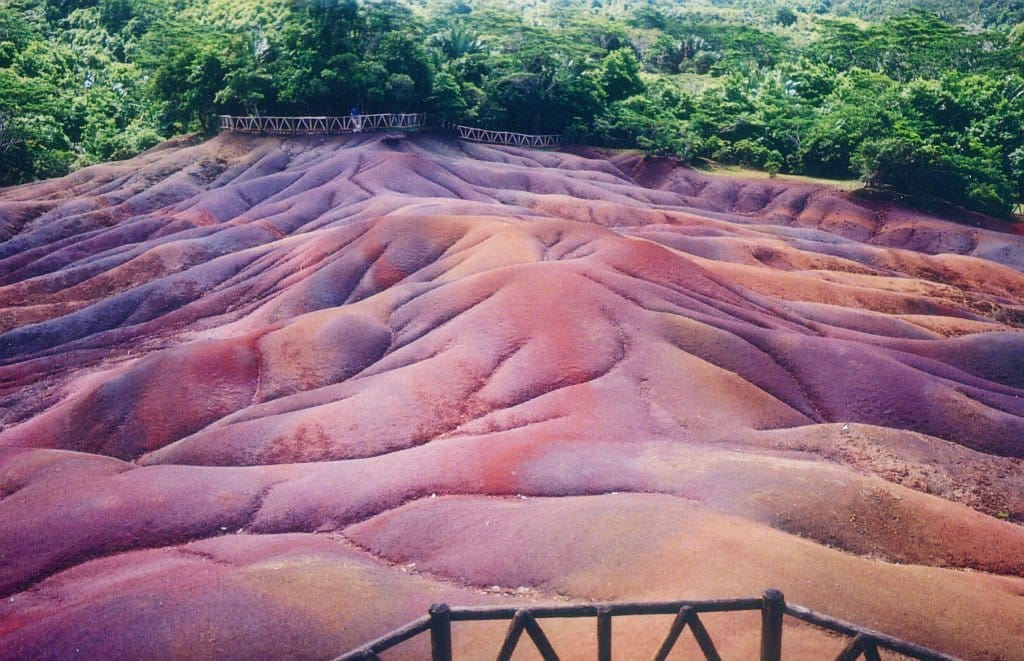 The name alone makes you wonder if it is real. These rainbow sand dunes are made up of seven colors – red, brown, violet, blue, purple, green and yellow. Here’s a cool trick: try bottling the sand in a bottle and each color resettles in a distinct layer every single time. 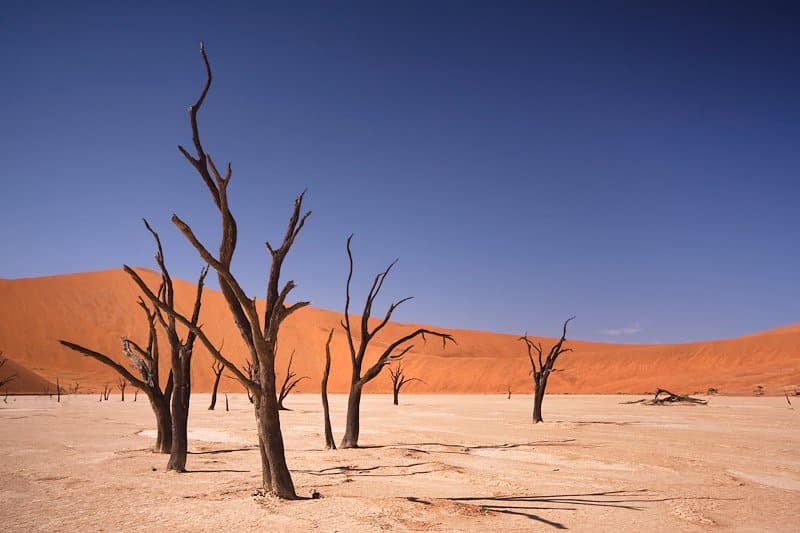 Who would have thought that this valley used to be so lush and full of color? Now, it happens to be parched and dry. The remaining trees that sit under the scorching heat of the sun didn’t even have enough water to decompose that they remain as relics. At night, this place is the most colorful desolate valley in the world. 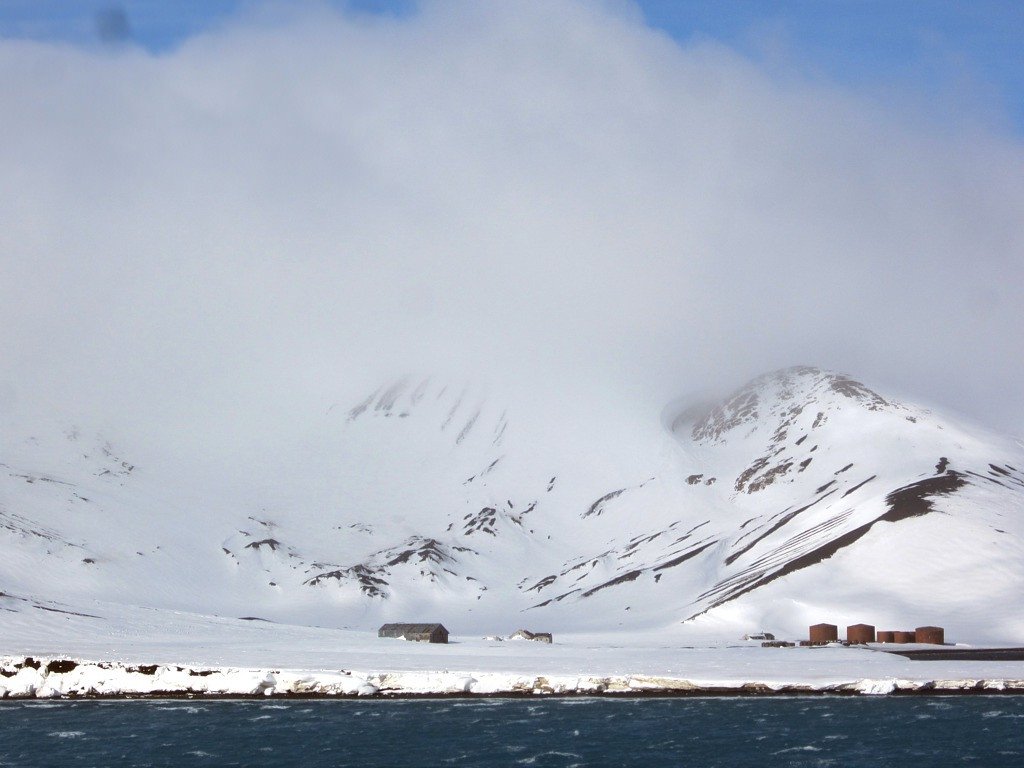 Sailing into Deception Island, Antarctica, which happens to have an active volcano, by the way, is one of the coolest things you can do in this lifetime. Cruising through the island, you will get to experience both snow and ash covering the lava formations. 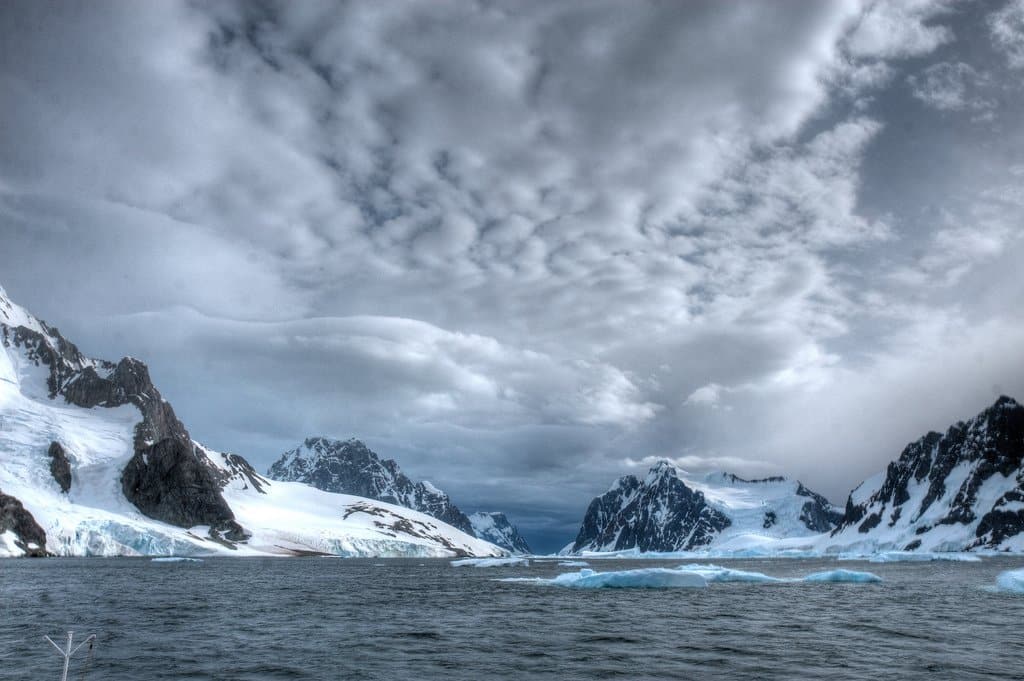 Originally dubbed as the “Kodak Channel”, this seven-mile-long channel between Booth Island and Antarctica is just extremely photogenic. Catch it when the entrance isn’t blocked by ice so you can tour the inner channels. 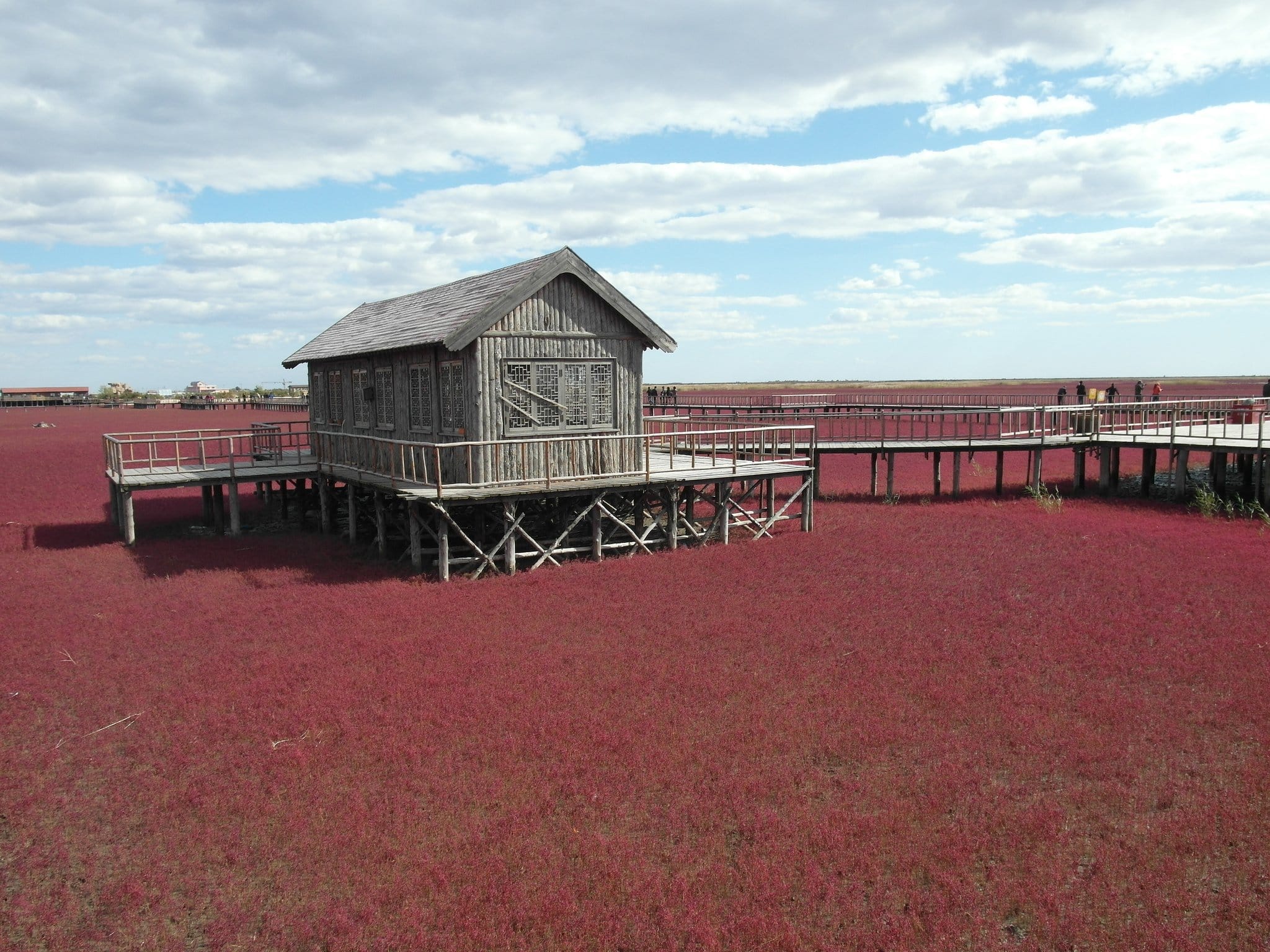 One of the best spots in China, it would be awesome to visit in September when the marshlands are red. The fields attract over 200 species of birds as they migrate from Asia to Australia. Enjoy the beauty of the seepweeds from the wooden bridges built over the water. 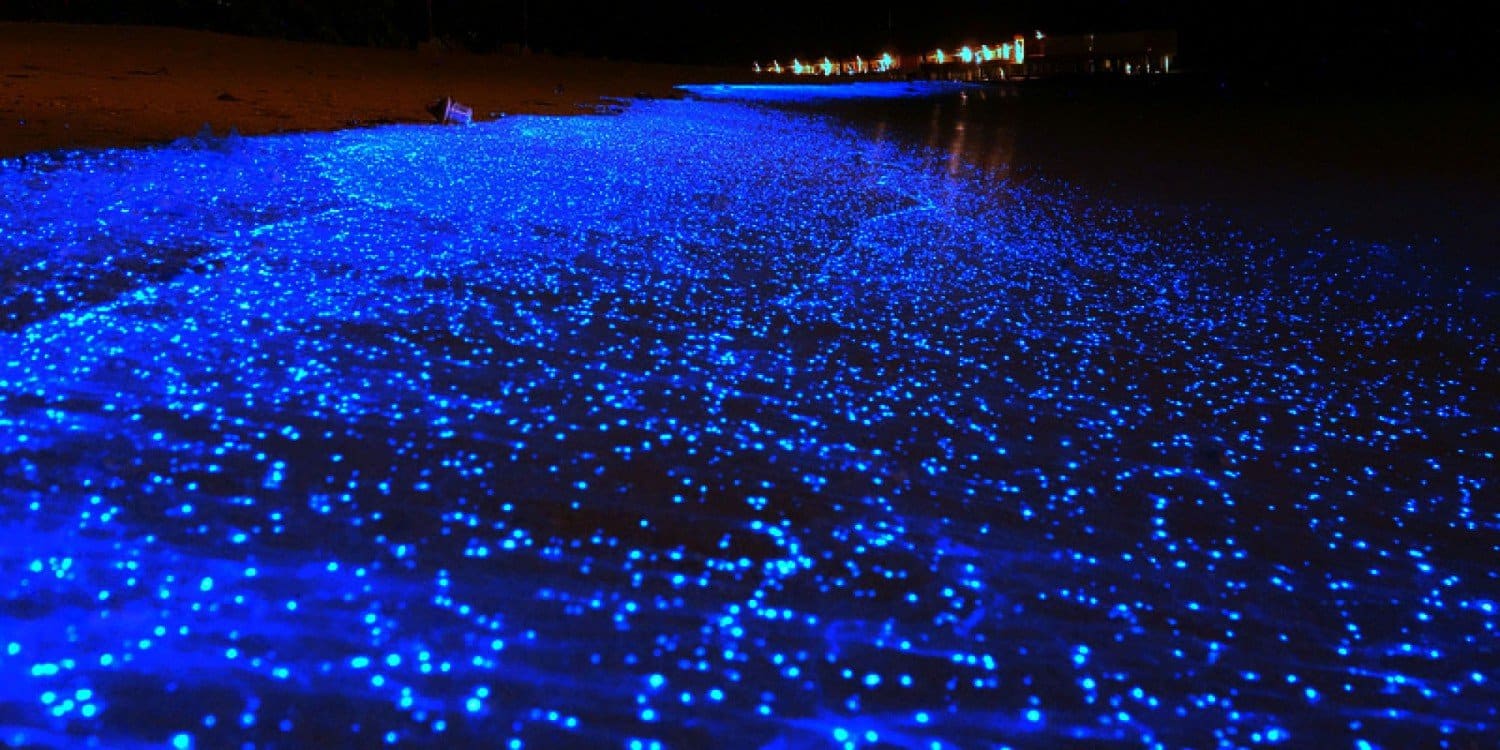 Vaadhoo Island in Maldives is the location of one of the most beautiful bioluminescent bays in the world. The bright blue light in the water seems to be reflecting the stars overhead. 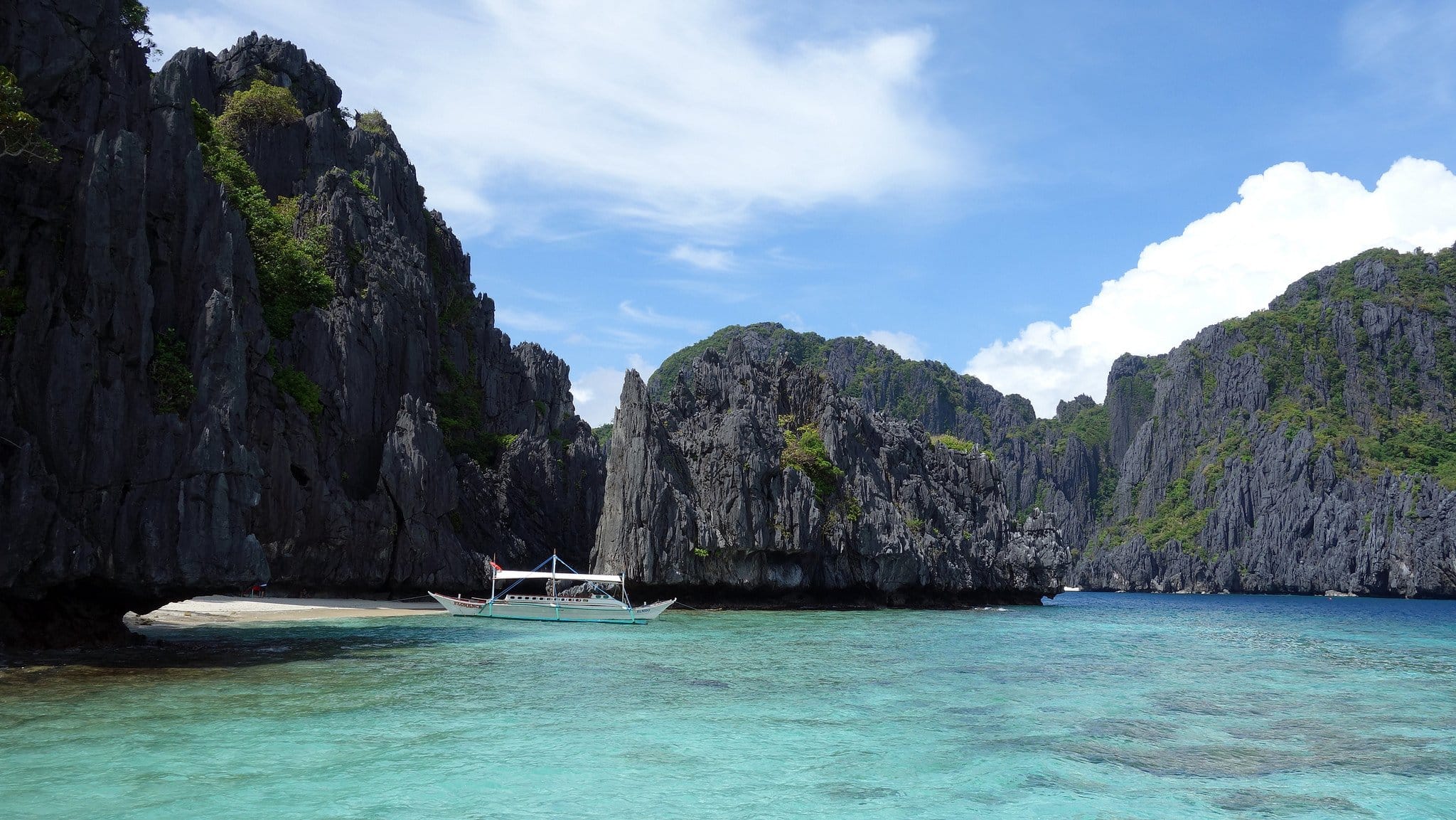 Known as the gateway to the Philippine’s Bacuit Archipelago and said to be the inspiration for Leonardo di Caprio’s The Beach, El Nido is the perfect getaway. Its limestone cliffs, lush foliage, and clear, turquoise waters will make you want to stay forever. 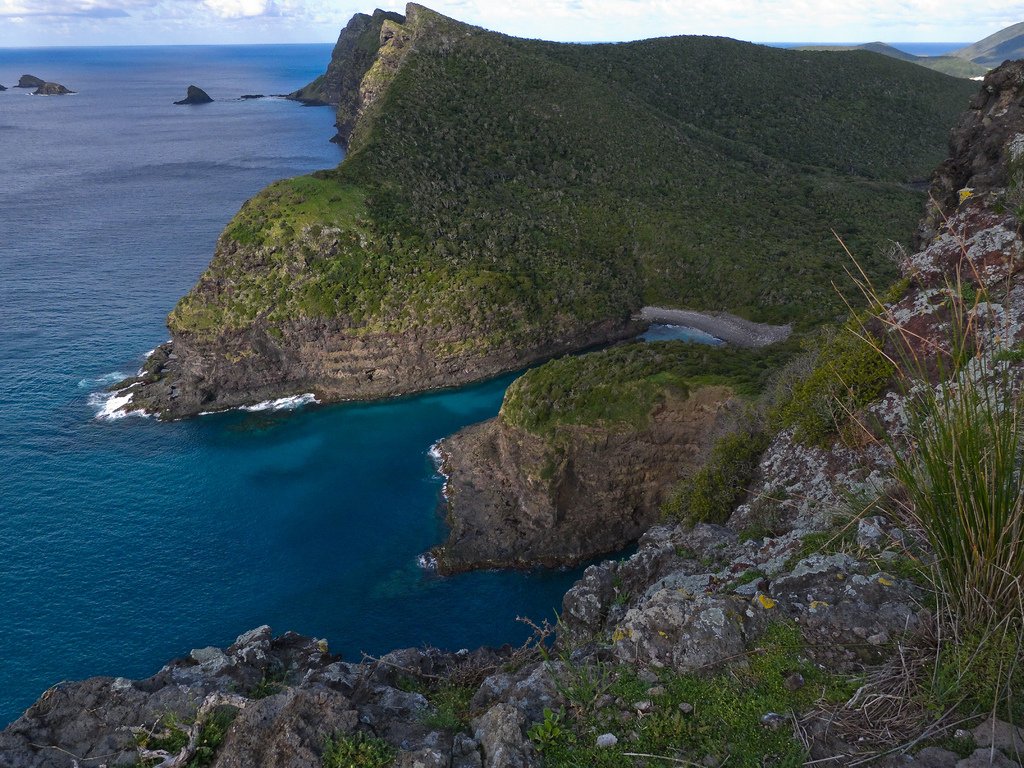 Just so you know, there is no cellphone coverage in this island so don’t expect to be able to post on your Instagram accounts. You can, however, enjoy the wildlife that includes birds, insects, and plant species that don’t exist anywhere else around the planet. 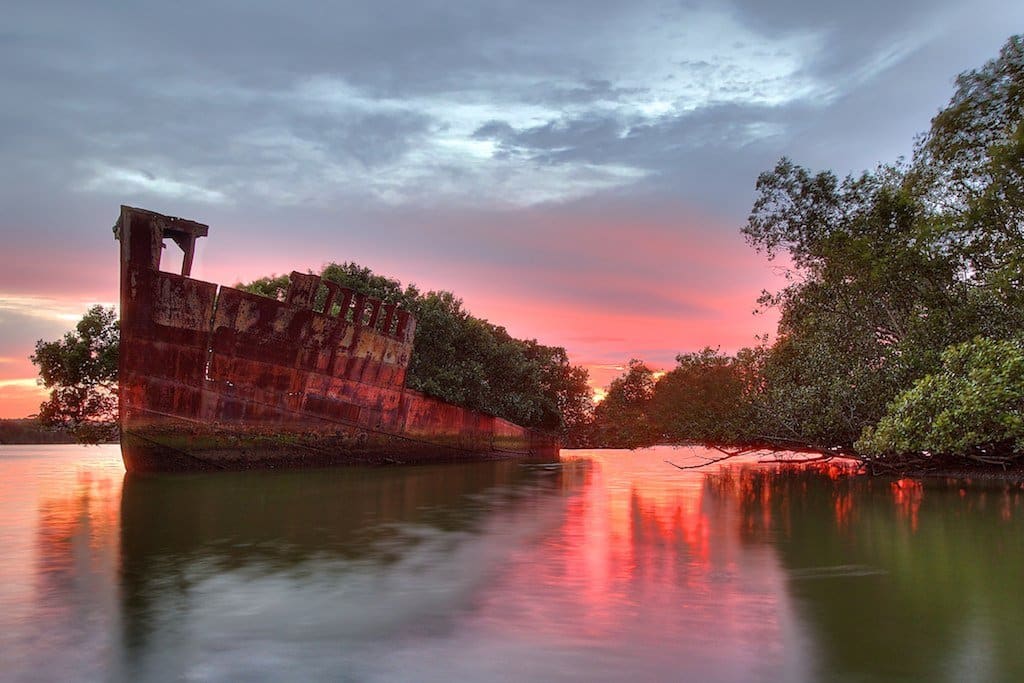 Stationed in the middle of the bay is SS Ayrfield, which was used during World War I. An oil company bought it in the 1950s, decided to park the ship in the residential bay and well, nature took over. It is now a man-made island full of trees and wildlife. 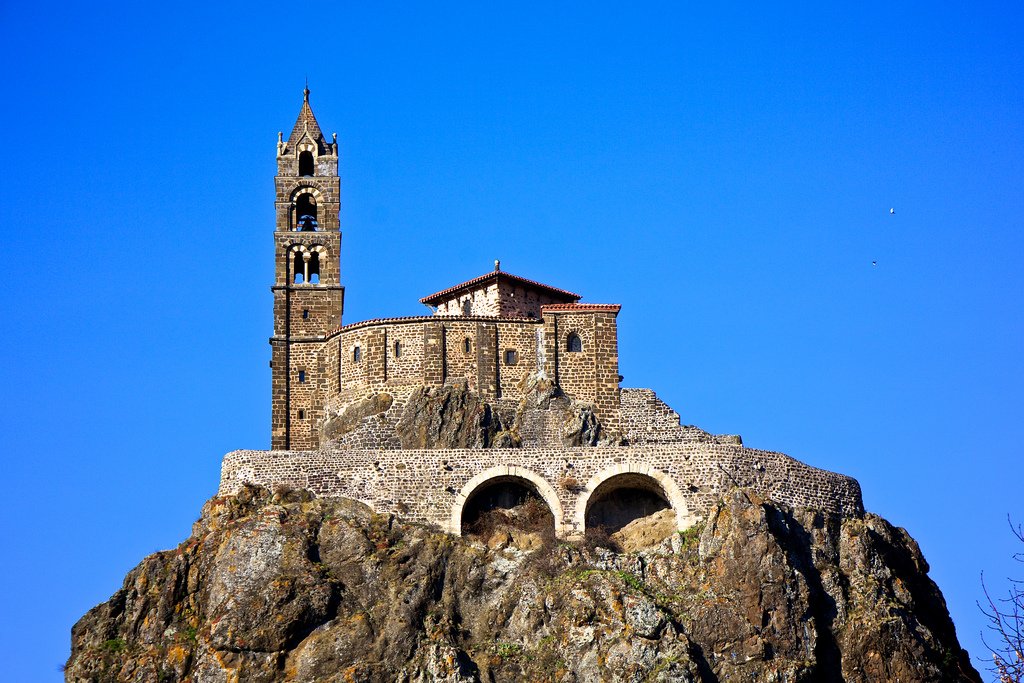 This breathtaking stone cathedral was built when technology and engineering were not yet known to many. Yet, they were able to come up with a magnificent architecture that is much appreciated and marveled now. 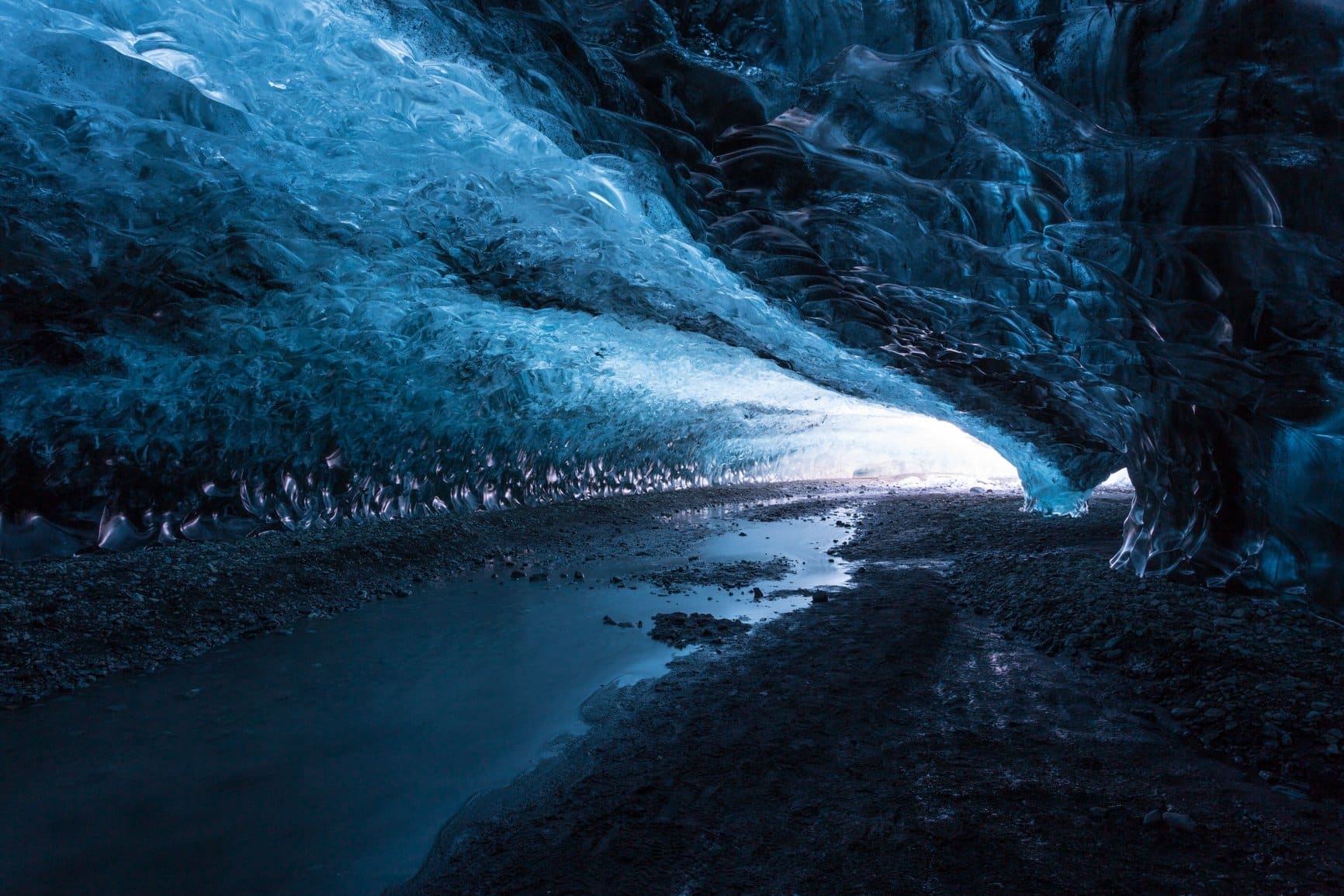 The beauty of the crystal cave located at Vatnajokull National Park may be attributed to the aqua-colored geologic formation it beholds. The crystal formation is due to the compression of air bubbles out of the ice over time. The cave tapers down as you enter so don’t let the 22 feet entryway fool you. 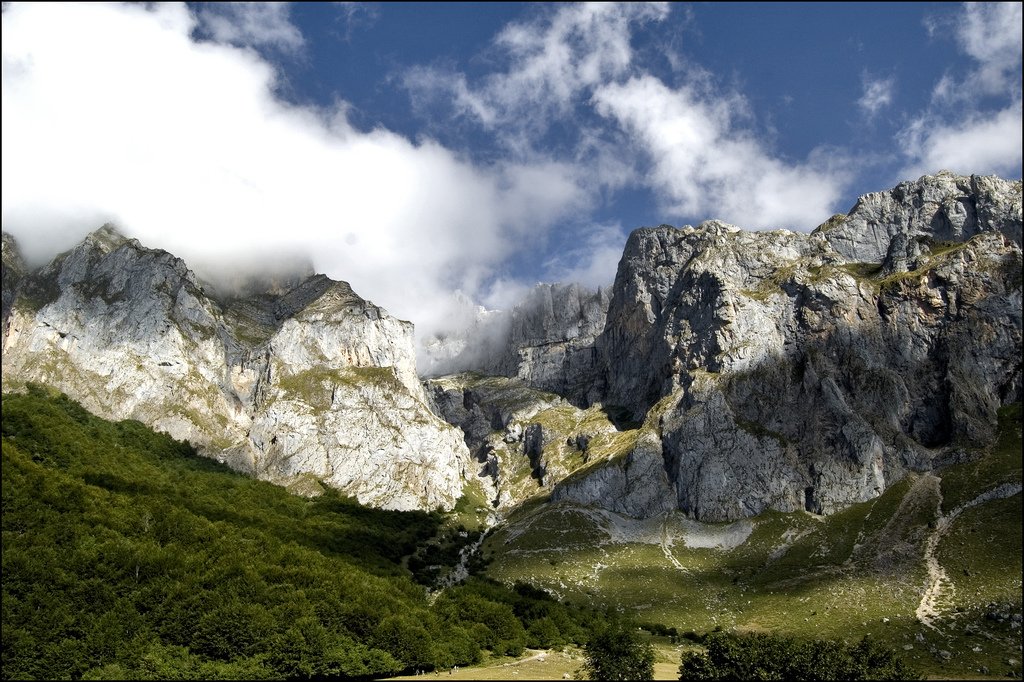 Located on the northern coast of Spain is a tiny range that is just as beautiful as the Pyrenees. It is only 26 miles long and yet it is the best location for skiing and snowshoeing away from the masses. If you want to spot wildflowers and Spanish bears, this is the best spot for you.

What are you waiting for? Grab those backpacks now!