Kyesha Smith Wood from Birmingham, Alabama dropped off her son and two daughters at the cinema one Saturday morning. Much to her disappointment and humiliation, her son told her that the two girls were ‘rude and obnoxious’ during the movie and was ‘disrespectful’ to a woman when they were asked to keep quiet.

She doesn’t tolerate such untoward behavior so she ended up posting an apology on Facebook hoping to find the woman and make it up to her.

Kyesha’s post has gone viral since posted on the Jefferson County Sheriff fanpage. 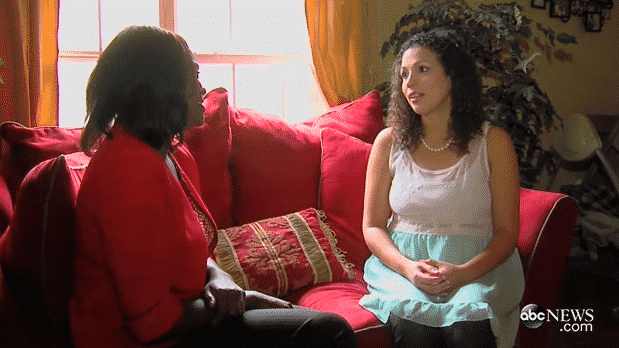 The post generated more than 245,000 likes when Sgt. Jack Self shared it on the Jefferson County Sheriff Facebook Page which says,

‘What do you think of the way this local mom is handling this situation? Looks like these children have great parents.’

‘I live in that community, I just felt like if I could put it for a bigger audience, maybe she could find the lady she was looking for,’ Jack told ABC News.

This is a long shot, but I'm looking for a woman that was at Tannehill Premier tonight seeing Cinderella at 7pm. I…

True enough, the message reached Rebecca Boyd, the mystery woman she was was looking for. After reading Kyesha’s post, she then replied saying,

‘I am the mom from the movie theater,’ Rebecca wrote. I was very upset and disappointed in the girls behavior. The note from their mom brought me to tears and shows there are still good people in the world. I have no hard feelings towards them and I am proud of their parents. The girls are not bad, they are children. Glad they are learning a lesson. I hope if my teenagers are out and they act up, I hope someone says something to them’

Rebecca contacted Kyesha and two were able to finally meet as reported by ABC 33/40.

‘She’s the most gracious, kind and forgiving woman. I am so humbled by that,’ Kyesha to Rebecca.

ABC 33/40 said the publicity over the story has resulted in support and job offers for Rebecca’s family.

Like Cinderella, this story has its moral lesson. As for Kyesha, I must say she’s doing a great job in parenting and disciplining her kids. By now, the two girls already learned their lesson for sure and it goes for everyone too.