Breastfeeding has always been a natural thing but not all people are thrilled with the idea of feeding boobs to children, especially in public. One woman made it clear how she doesn’t approve of public breastfeeding by taking to social media to post a threat to all breastfeeding woman.

In a viral Facebook rant, Carly Clark targeted breastfeeding women, threatening to punch them and give them a black eye if one does it in front of her and her kids. Worse, she even threatened to punch the feeding baby too. As expected, Clark, who reportedly worked at a pet store, has faced backlash for her harsh remarks. 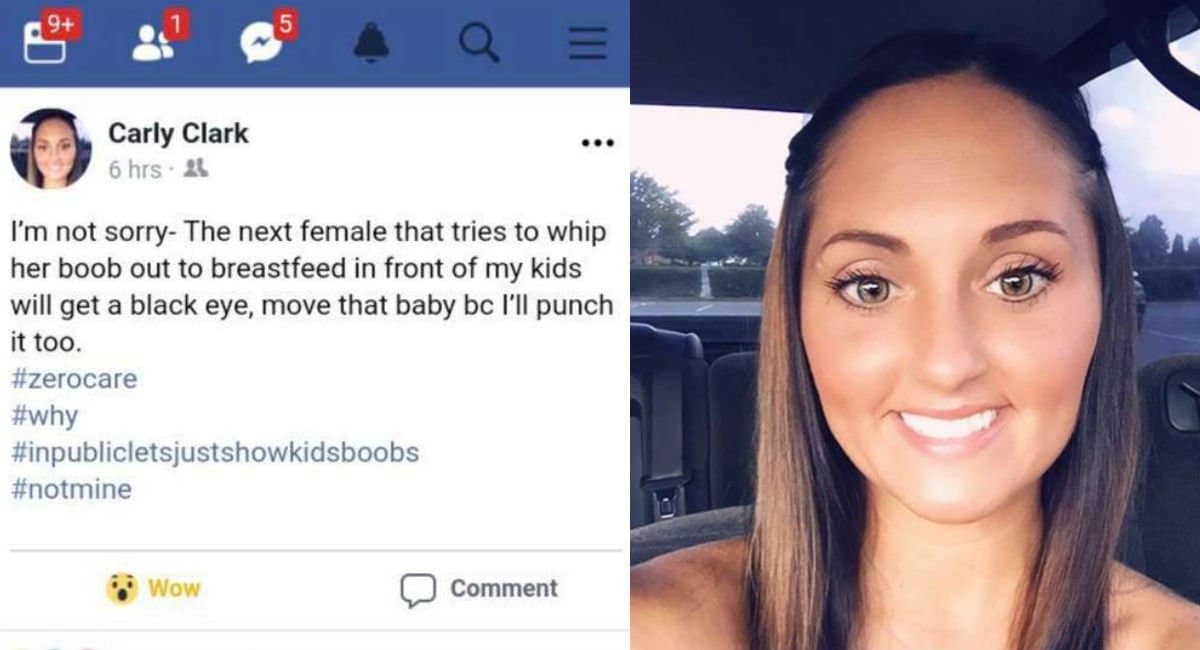 “I’m not sorry — The next female that tries to whip her boob out to breastfeed in front of my kids will get a black eye, move that baby bc I’ll punch it too,” she wrote. “#ZeroCare #Why #InPublicLetsJustShowKidsBoobs #NotMine.”

Clark’s post has since been deleted but people were quick enough to get a screenshot of her insensitive rant. Breastfeeding moms unite to stand up against people like Clark, who think that breastfeeding should not be allowed in public.

Women, especially those who are in support of breastfeeding, have been sharing screenshots of Carly Clark to put her in the spotlight. Some have been sending her private messages regarding her Facebook status. 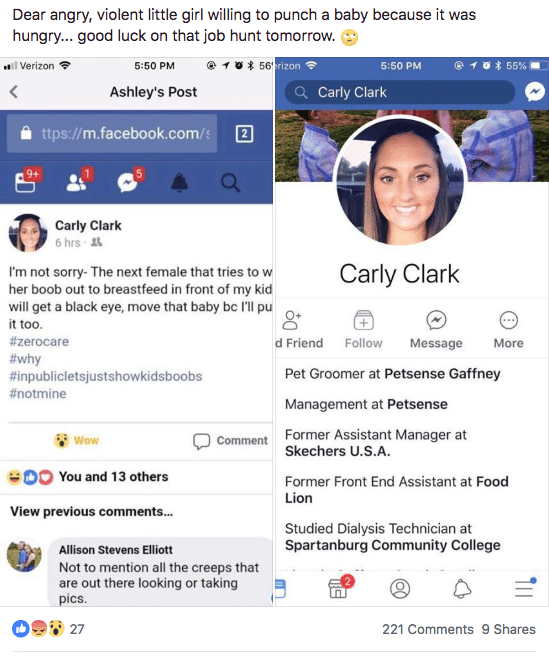 The Petsense employee’s rant reportedly didn’t end there. In the comments section, Clark went on to defend her view about public breastfeeding. She even justified that the status she posted was specifically meant for one person.

Carly added that she doesn’t see breastfeeding women as a problem in general. She just doesn’t like it when one woman breastfeeds in front of her kids to “prove a point.”

Despite her justification, it didn’t change the fact that Clark was in hot water because of her Facebook status. 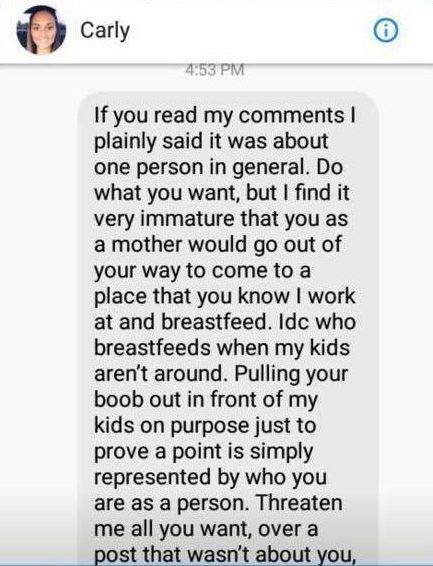 Her former employer, Petsense, also doesn’t want anything to do with her anymore, which is why the company immediately fired her.