If there are modern-day fairy tales then this wedding dress is simply perfect for the princess. Decorated with 500,000 pieces of her family’s precious stones, this wedding gown, which was featured in Victoria Swarovski’s recent wedding weighs about 100 pounds (46 kilograms) and is literally blinding.

Well, the price will make everyone’s eyes bulge as well. It is tagged at $1.3 million.

This princess-inspired wedding dress is the newest addition to the works of world-renowned fashion designer Michael Cinco. 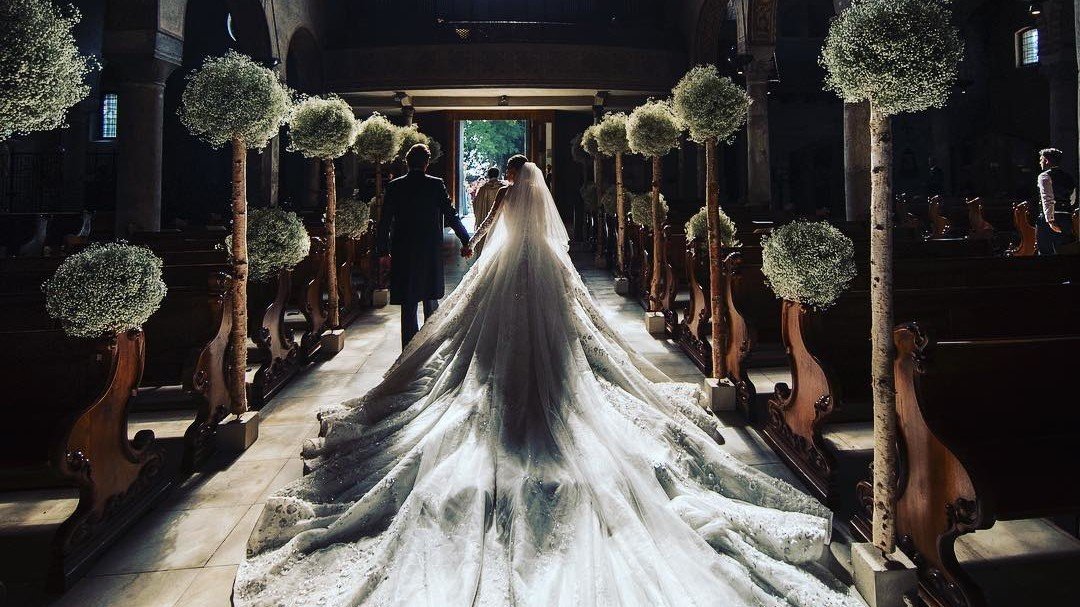 According to Bride, the gown was also partnered with a 26-foot lace-edged veil and train. It is topped with sparkly earrings and Jimmy Choo heels which is also studded with crystals.

Victoria Swarovski, 23, is a singer and heiress of the Swarovski Crystal Empire, a major producer of crystals based on Austria. Victoria married his prince charming, real-estate businessman Werner Mürz, on a lavish 3-day ceremony at the Cathedral of San Giusto in Trieste, Italy. The two dated for seven years before getting engaged.

Here are more photos of the fairy tale wedding: 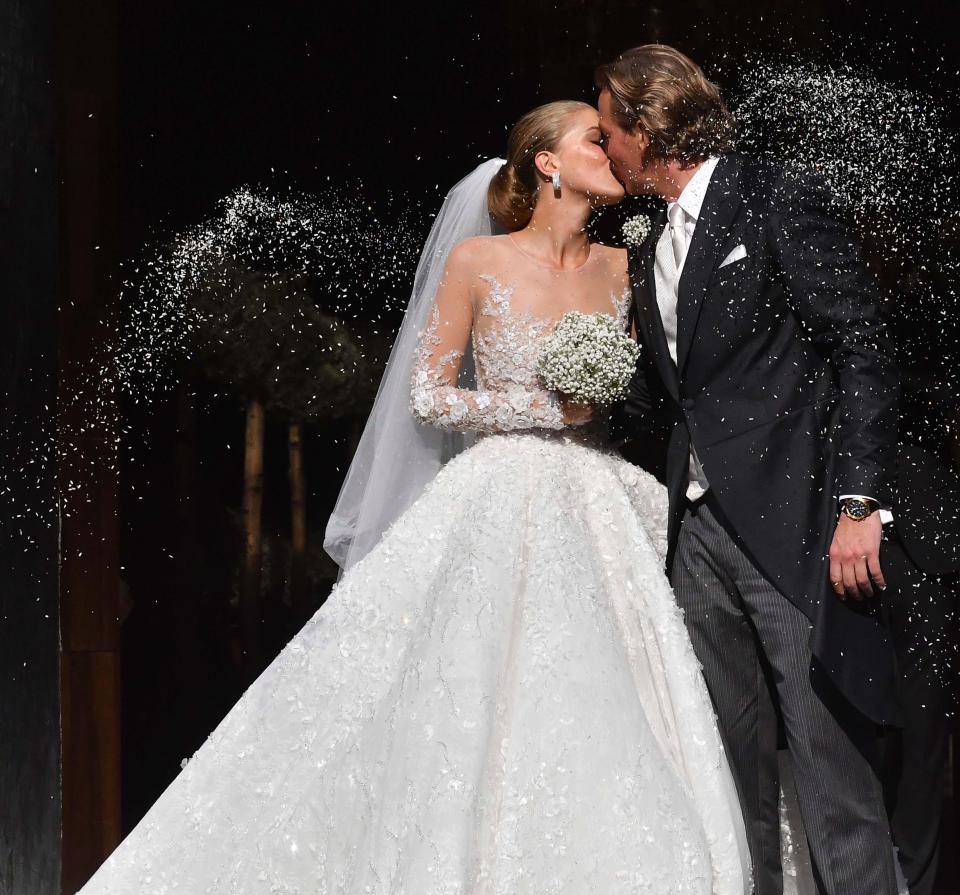 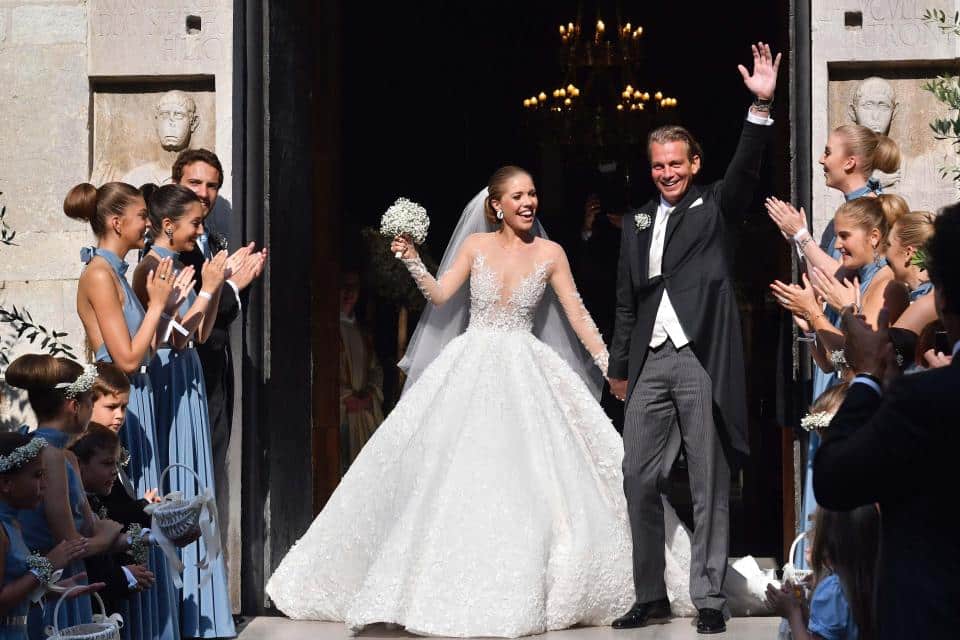 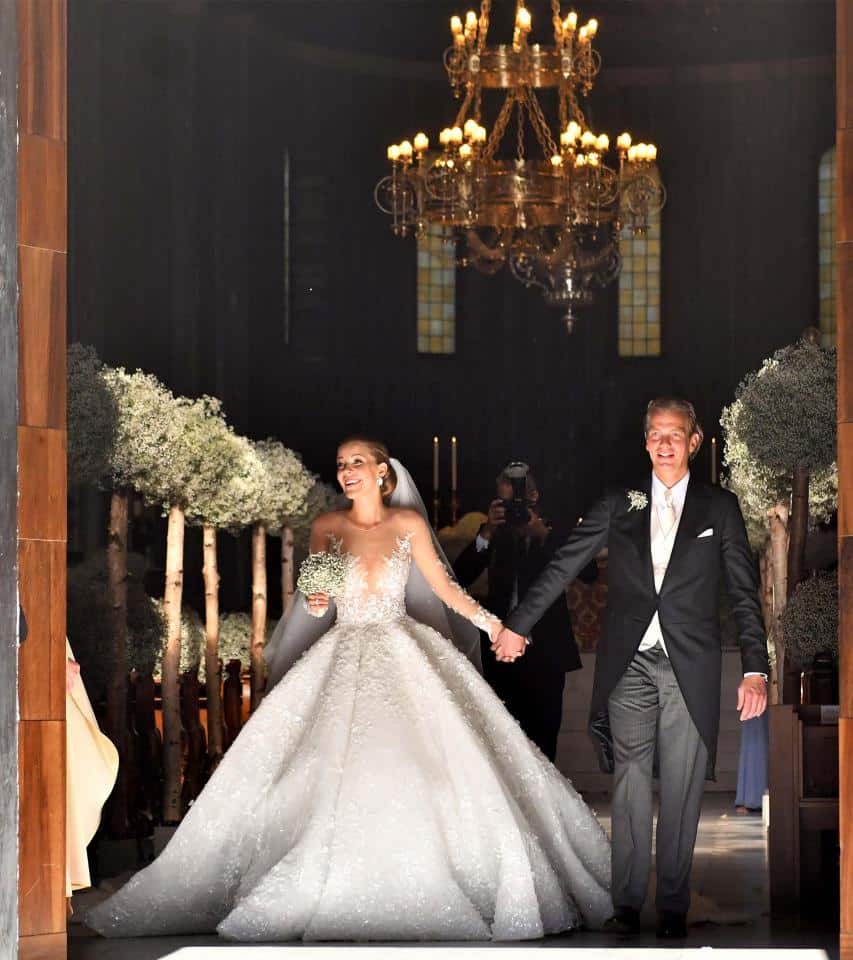 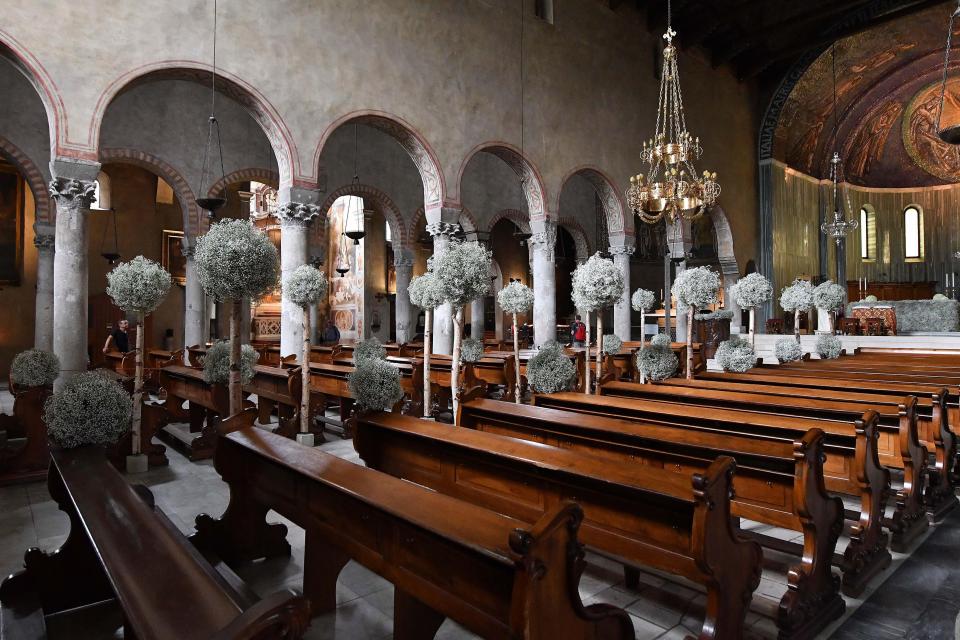 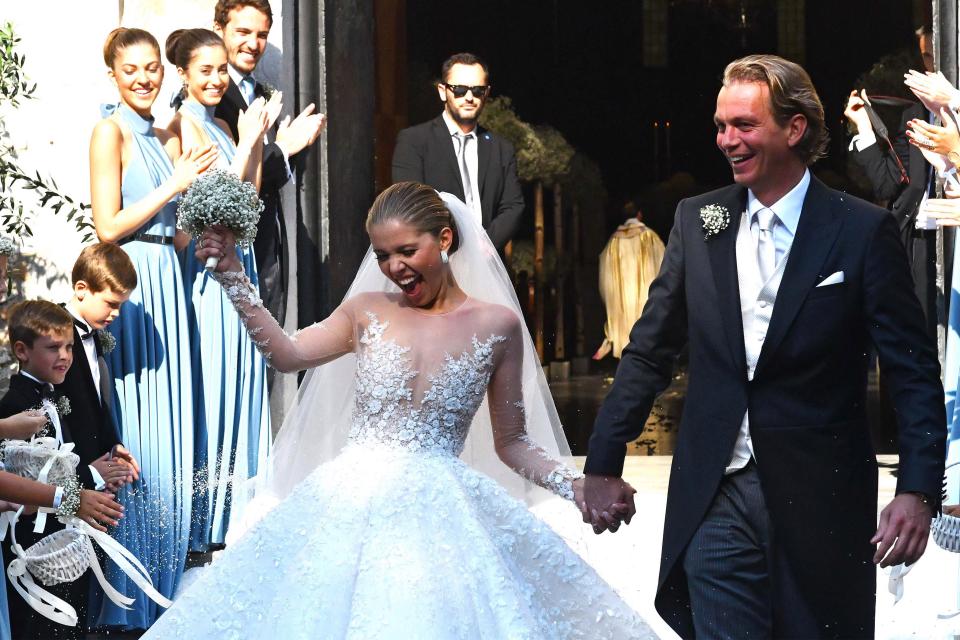 But the fashion parade does not stop here. The bride later switched into two different gorgeous dresses for the wedding reception. First was a strapless white floor-length gown and the second was a deep red high-low couture dress, which was also a creation of Cinco.