Gadgets these days are already part of everyone’s lives. People can no longer go on with their daily routines without their smartphones with them. That is, of course, logical to say the least, but sometimes, gadgets can also pose dangers to its users.

An unidentified man in China recently became a victim of a portable phone charger explosion, which fortunately did not injure him or anyone else around. The man was taking a bus in Guangdong in the south-east part of China on June 6 with his friend when the explosion happened. The vehicle’s CCTV security footage showed the man’s backpack exploded out of the blue and passengers watched in shock. 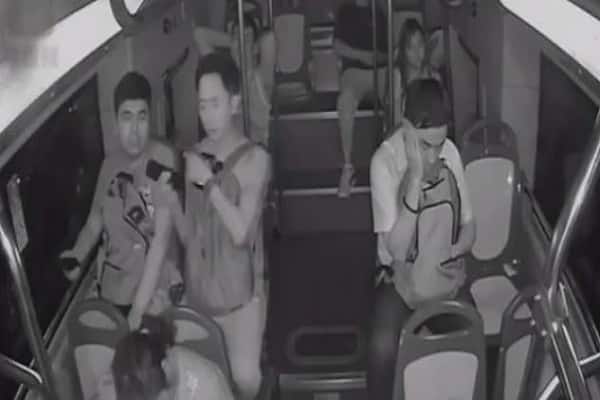 As seen in the footage, the man was seated next to his friend in the mid-section of the bus with his backpack placed in front of him. Seconds later, smoke came out from the bag that suddenly blew up, which apparently startled the passengers. The man quickly tossed his blazing backpack to the floor.

Luckily, the fire snuffed itself out a few seconds later, but an object reportedly fell out of the backpack. It turned out to be the man’s portable power bank. According to a report, the dreadful incident took place on the bus No. 551 en route to Donghua Road South around 8:42 p.m. on Wednesday. 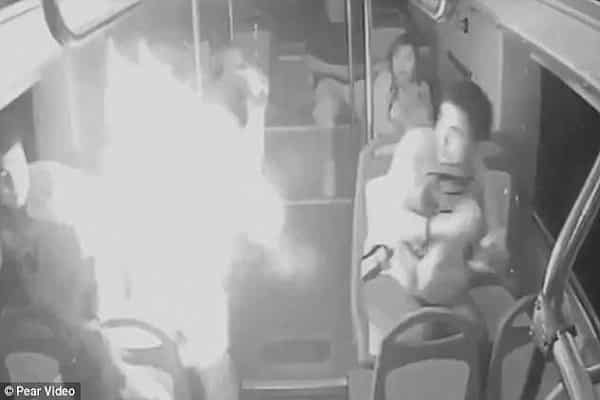 The bus driver, who immediately opened the back doors of the vehicle asked the man to toss the bag outside. Following its explosion, the power bank was still releasing smoke and bright sparks, but the man also tossed it out of the bus. The brand of the exploded power bank has not been disclosed to this date.

A separate incident also happened in February when a portable power bank also burst into flames on a China Southern Airline flight from Guangzhou to Shanghai. It is yet to be known what caused the explosions, but built-in Lithium-ion batteries are believed to be a fire risk. A short circuit can cause a fire, which commonly happens to smartphones and power banks.