To some people, dogs are still animals that do not really require respect or care. A sadder fact is that some even treat them like lifeless toys that they can handle carelessly. Just like this terrible man who was caught throwing an innocent dog into a freezing sea, catches it and throws it all over again like it’s some kind of a ball he uses for throw-and-fetch.

A heartless man was seen throwing his greyhound into the harsh seas last Thursday. Witnesses said they saw three men with a total of nine greyhounds at the pier in Hartlepool, County Durham. One of the dog owners though threw his pet into the sea then later pulls it out on the line only to repeatedly throw it back to the water.

This man played with his greyhound like a toy he can throw to the water and take it back to the shore. 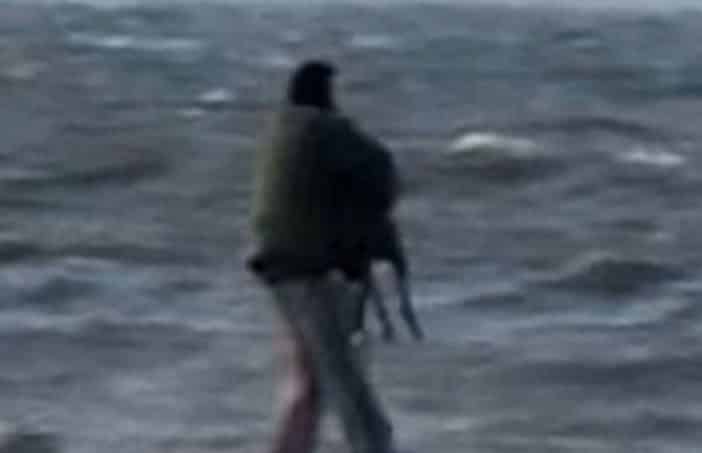 One witness told in an interview:

“They were being carried out to the end of the structure and unceremoniously flung in from a height of about 4ft and a distance, through the air, of 6ft.
The waves were quite strong and my first thought was, once they had surfaced, what if they were propelled by the crashing waves into the rusting sides of the pier?
There was a significant number of dogs in the group and it appeared that they were being taken out one by one.”

The unidentified man pitched his dog repeatedly into the freezing sea water. 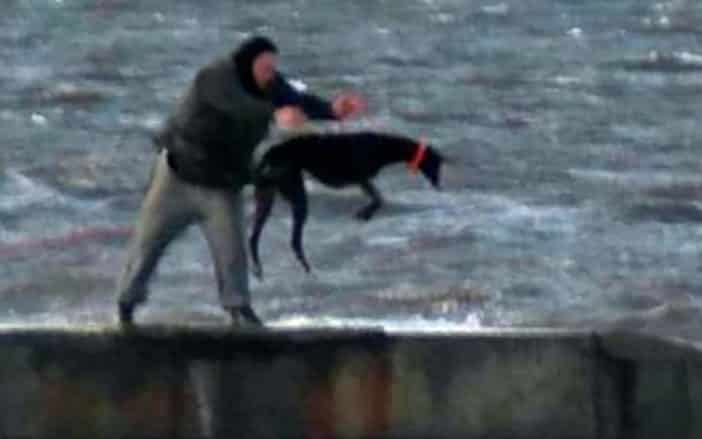 Greyhound Rescue North East owner, John Stephenson, said he was dismayed at the news. In his years of service, he said he never came across such brutality. He said:

“I have never heard of anything like this before, there is just no logic to it.
Why on earth would anyone throw a dog into the sea like this in freezing cold conditions, it is just stupid.”

The RSCPA is now asking anyone with information related to the incident to come forward. A spokeswoman for the group said:

“We are still making inquiries after we received a concerning report that a group of men with a number of dogs were seen in Hartlepool repeatedly throwing one of the dogs – a greyhound – into the water on Thursday, November 2.”

There’s no word yet on what happened next to the greyhound but authorities are now investigating and finding the man responsible for the incident. 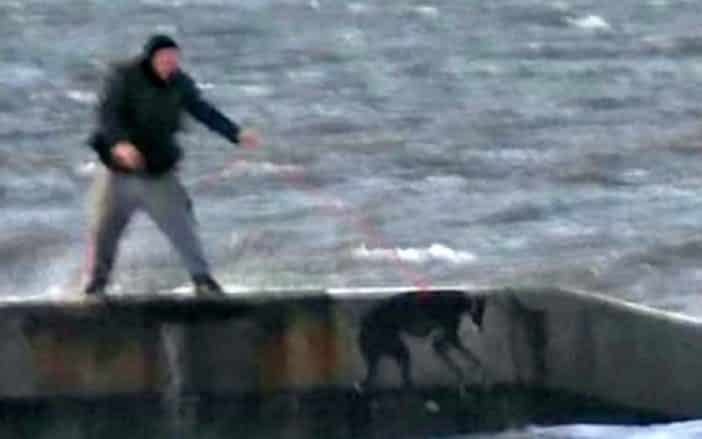 According to the spokeswoman, an inspector already initiated an investigation and went to the scene, but the group involved in the incident was no longer there. She said that a couple of witnesses already got in touch with them and provided photos of the man while throwing his dog into the water.

The man responsible for the dog cruelty remains free. The spokeswoman, however, continued to ask help from people for the progress of their investigation saying:

“These images are very distressing and we would urge anyone who may have witnessed this, or may have more information which could help an investigation, to contact us on 0300 1234 999.”