Airport security, with their x-rays, metal detectors, and random luggage inspections are there for a reason. They protect passengers and airlines from hijackings and terrorist attacks by screening commuters for weapons.

However, one man has proved the TSA pointless after he assembled a lethal weapon using a hodge-podge of items he purchased from an airport terminal’s convenience store.

He built a fully operational gun! 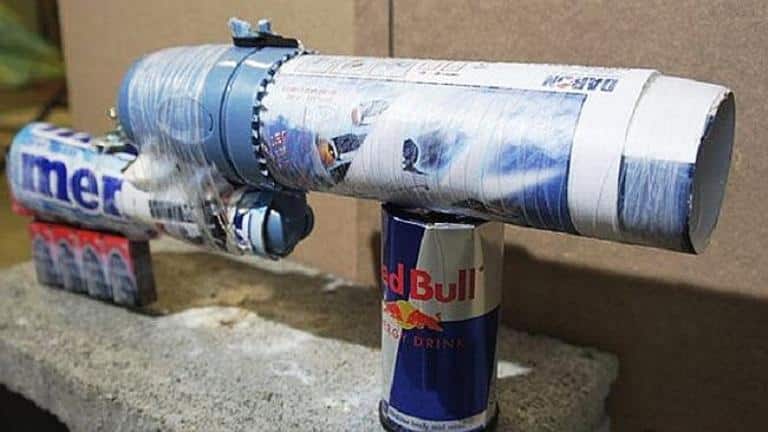 North Carolina web developer and independent security researcher, Evan Booth is a DIY hobbyist in his spare time. He put together a makeshift gun from a variety of objects purchased from an airport gift store.

The items appeared to be innocuous enough: a generic hair dryer, batteries, magnets, and even some hairbands, but Booth successfully built a blunderbuss from these common everyday objects. 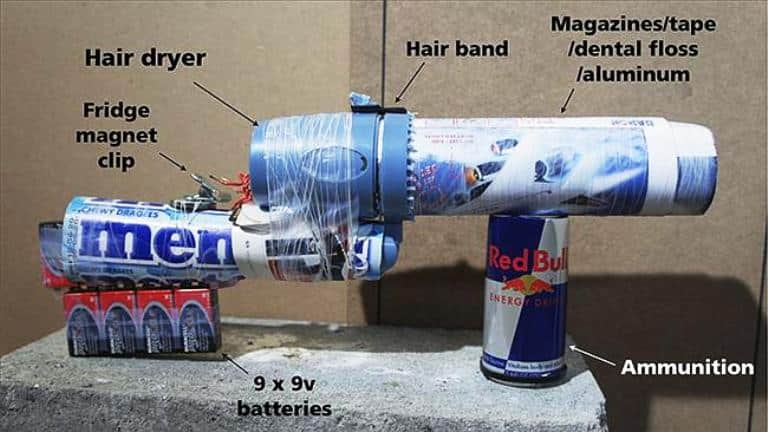 Booth began this project, which he featured on his DIY website, Terminal Cornucopia, just after the TSA introduced body scanners in airports. What with growing reports of inappropriate pat downs, property theft, and privacy invasive screening, the TSA’s reputation was further reduced by Booth’s improvised weapon.

With lithium batteries travelers usually purchase for their cameras, a can of Red Bull, Axe body spray, and a condom filled with water, Booth demonstrated how the TSA is poorly equipped to stop a terrorist attack in airports.

Apparently, lithium and water creates enough heat to blow up a can of Axe. 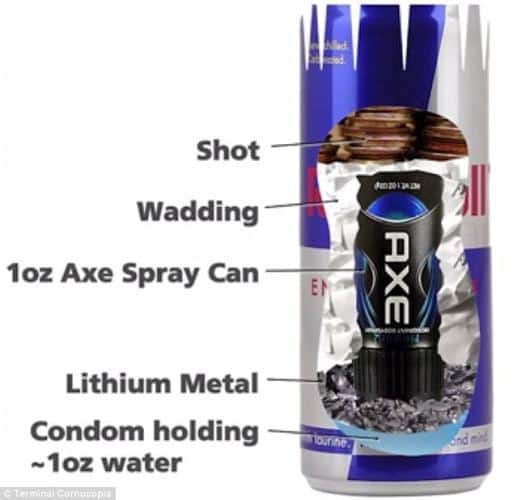 In fact, using some coins as projectiles, he successfully shot a significant hole into some drywall with his DIY gun.

Spare change can do this. 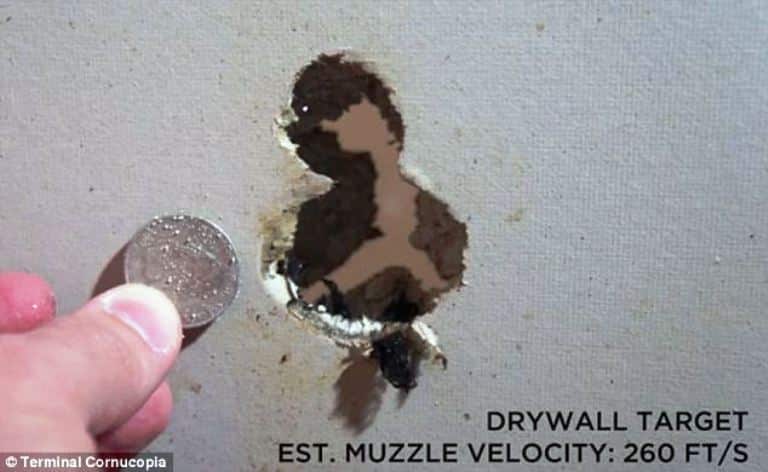 Booth additionally rigged together a specialized crossbow from deconstructed umbrella parts, a mechanical toy claw, a tumbler straw and some dental floss.

How to smuggle a medieval weapon on air. 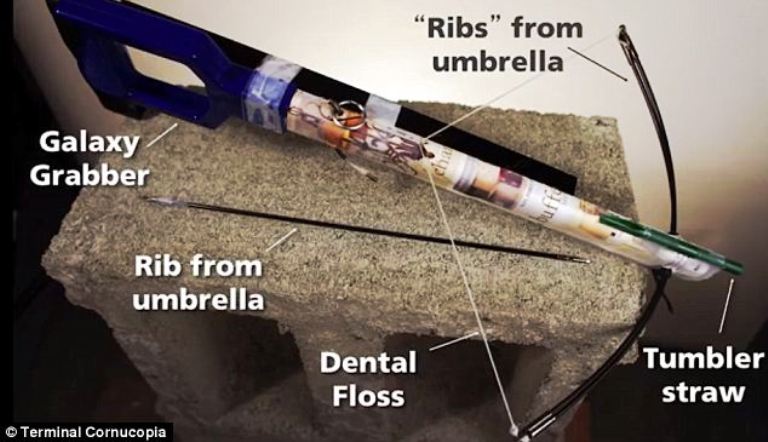 However, before demonstrating his weapon-making abilities on his website, Booth made sure to inform the FBI, CIA and other government security agencies of his project. This way, he managed to avoid being investigated for possible terrorist links, while securing funding for his independent security research projects at the same time.

Evan Booth’s uncanny weapons demonstration just proves that anything is possible when terrorists set their minds to it, and the meddlesome, intrusive TSA is an unnecessary waste of tax payers’ money.

In Australia, Even Coins Can Be Used As Lethal Weapons 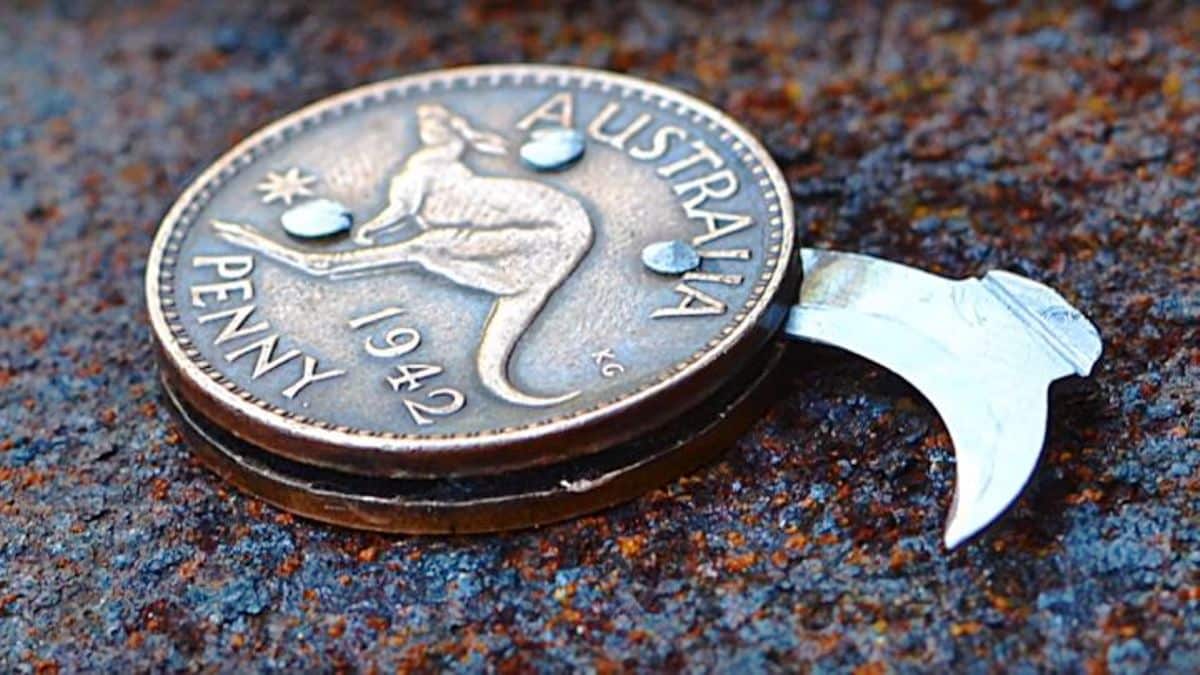