With superhero movies being produced one after the other, film makers may be pressured into bringing something new to the table. Because even though superhero movies are packed with action and the characters are loved by many, there is a tendency for them to get old and be labelled as ‘just another superhero action movie’.

Maybe this is the reason why 2013’s Man of Steel have received critiques when it comes to the significant deviations of the film to the classic character of Superman movies. One of the most notable aspects that received a bit of a ‘spiced-up’ was its color spectrum. This is similar to Christopher Nolan’s The Dark Knight trilogy, where director Zach Snyder decided to use unsaturated and subdued tones. It was an interesting twist to Man of Steel, which has always been regarded as the bright and ever lively superhero movie.

We found a video from VideoLab featuring the color changes that had been made to the movie. It was a cool comparison and we can’t decide which is better – the original or the restored version?

Help us pick the better rendition, watch the video here:

Lots of work still needs to be done after shooting the actors on the set. The post-production team has to edit a whole lot and make sure that the film becomes an incredible experience for moviegoers to enjoy. And while some praised the comparison made, the video also gathered a handful of comments from critics. Keith Michell of Cinematic Ramblings wondered if the changes made by VideoLab was accurate. VideoLab has this to say:

“We’re video editors and motion graphics designers, not professional film colorists. We stand by the editing, graphics, & points we make as being pretty solid for something that largely came together in a couple days. However, we won’t defend the color grading because we know it isn’t good. We’re amateur colorists and it’s impossible to put back color once it’s gone. It’s just an approximation. Plus, a film isn’t just a collection of pretty shots, it’s is a 2-hour experience and decisions like tone & color grading should only be considered in that context…

“Don’t mistake a goofy entertainment video for something more. It’s a silly and slightly misleading opinion piece that’s being analyzed through a lens of legitimacy it does not deserve or warrant. The fact that this video is so popular should serve as a testament to Man of Steel, not to us.”

Which color spectrum is better? 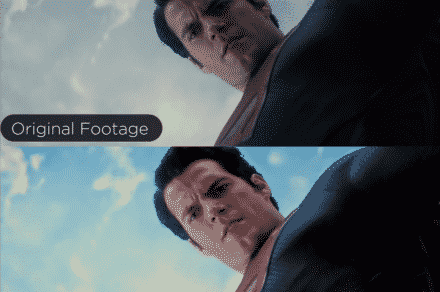 The color changes made are indeed remarkable! 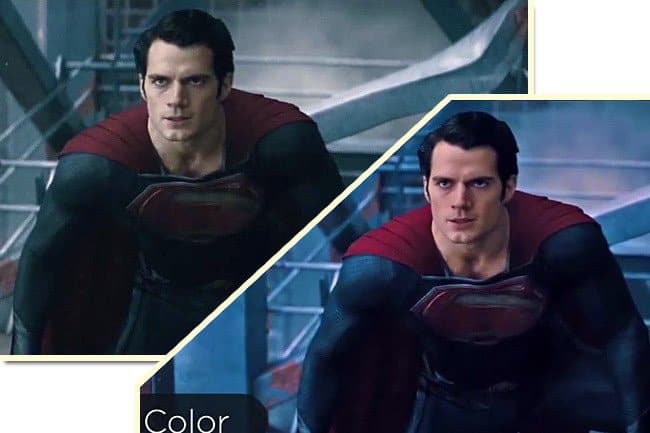 What do you Think? Should Superman Fly Blue or Gray Skies? 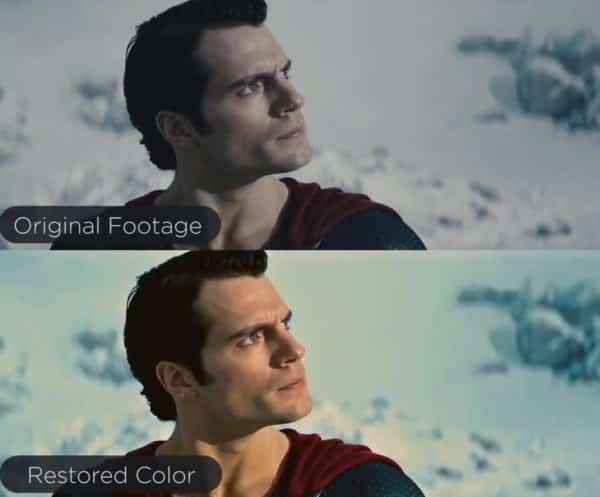 Do you think these color modifications can suit the upcoming Batman vs. Superman: Dawn of Justice movie? Let us know in the comment box below and share this post to your family and friends too!

Credits: VideoLab via The Daily Dot