In a country beset with problems about its increasing population, you may think that having a couple or a handful of children would be enough. But Ziona Chana of India is not just your ordinary man – he may be the head of the world’s largest family, with 39 wives and 94 children.

Ziona, the head of Christian religious sect called “Chana”, lives in a 100-room mansion in Baktwang, India together with his 39 wives, 94 children, and 33 grandchildren. The sect allows him to take as many wives as he wants. His wives live in a communal room near his bedchamber while his children live with their own families in separate rooms in the mansion.

Ziona’s whole family lives in this mansion in Baktwang, India 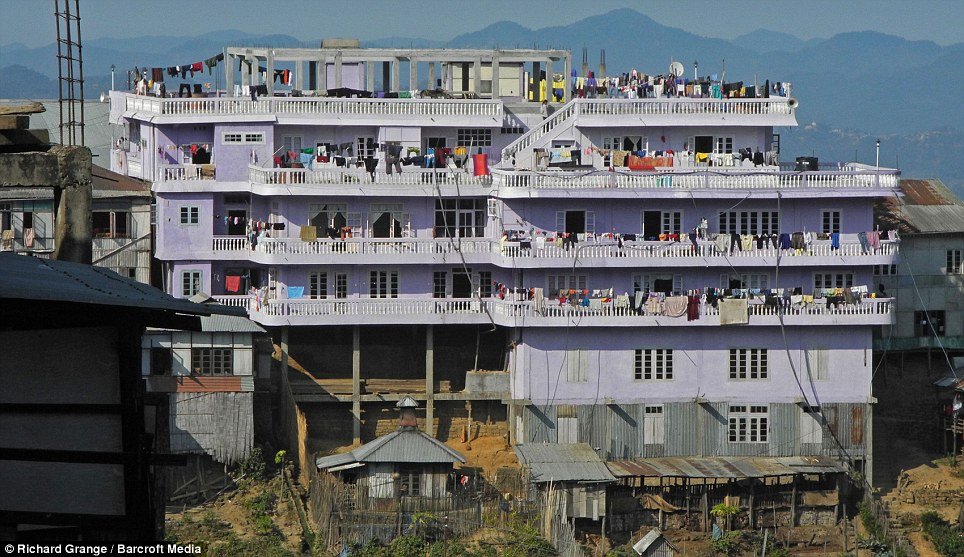 A typical day in the mansion goes like this: the wives take turns doing the cooking, while his daughters are in charge of cleaning the house and doing the laundry. Able-bodied sons, on the other hand, take on jobs like farming and taking care of the livestock. If you’re wondering how they can sustain a family this large in number, they actually have their own resources and only accepts donations which occasionally arrive. It actually takes 30 chickens, 130 pounds of potatoes, and approximately 220 pounds of rice to feed everyone during one meal! 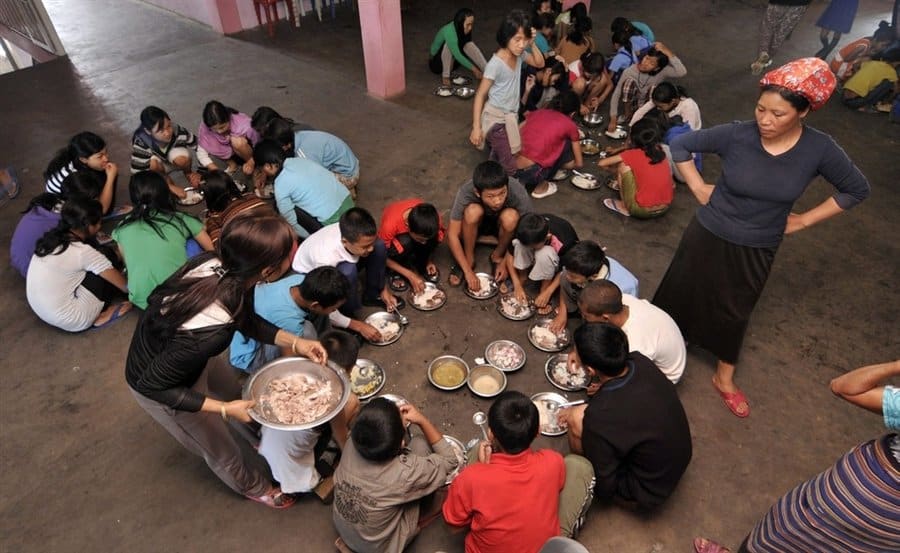 At night, Ziona enjoys the company of several of his wives, rotating the schedule in order to accommodate all 39 of them.

His wives share a dormitory-type room near his bedroom. 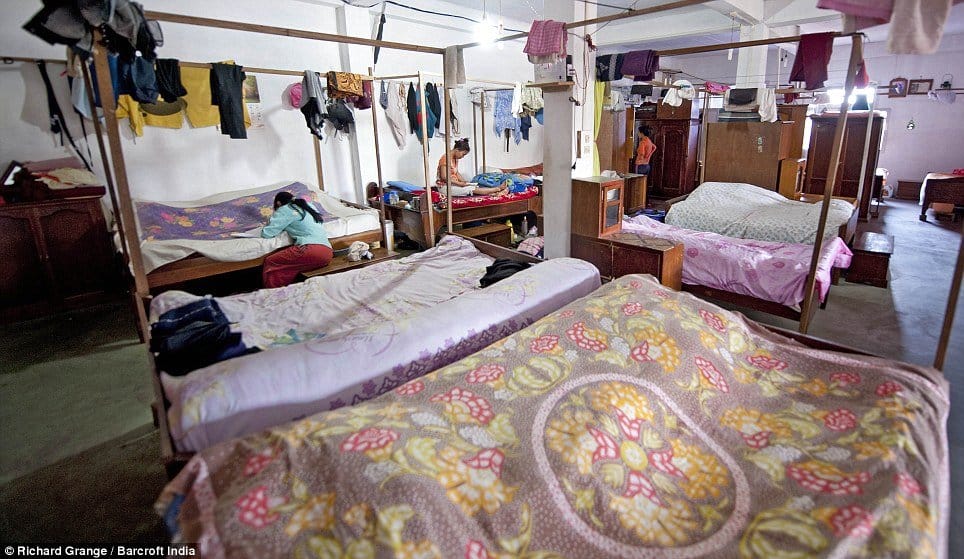 He may already have 39 wives, but he hasn’t stopped looking for more. According to him, “I have so many people to care (for) and look after, and I consider myself a lucky man.”

Ziona with his 39 wives 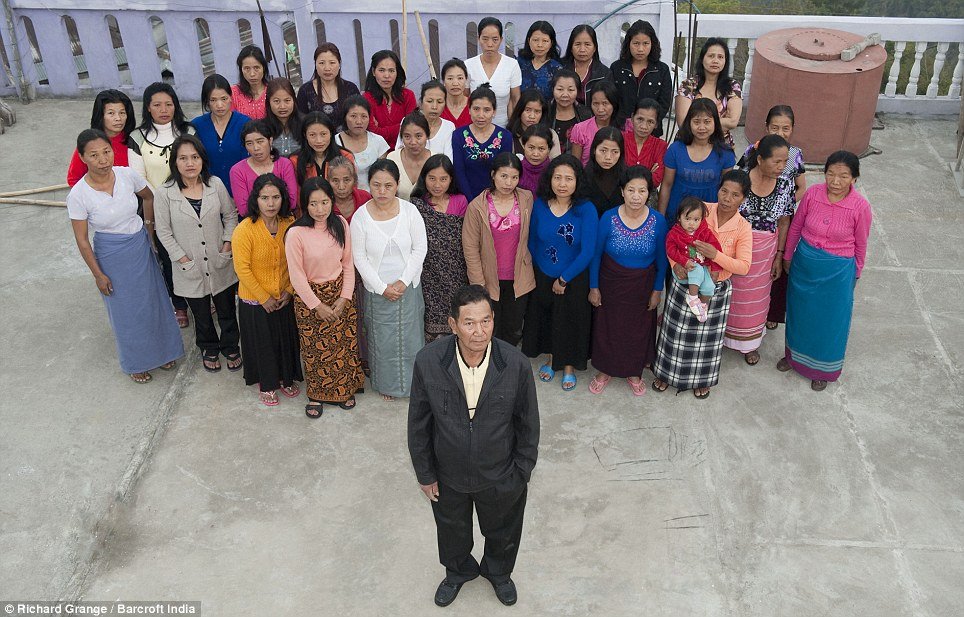 If you think the women are giving each other the side-eye and doing all kinds of nasty things to sabotage the others and gain more of Ziona’s affections, then you’re wrong. Huntharnghanki, one of his wives, said that the family goes along well as a whole because their relationship was built on “mutual love and respect”.

Now who can argue with that? 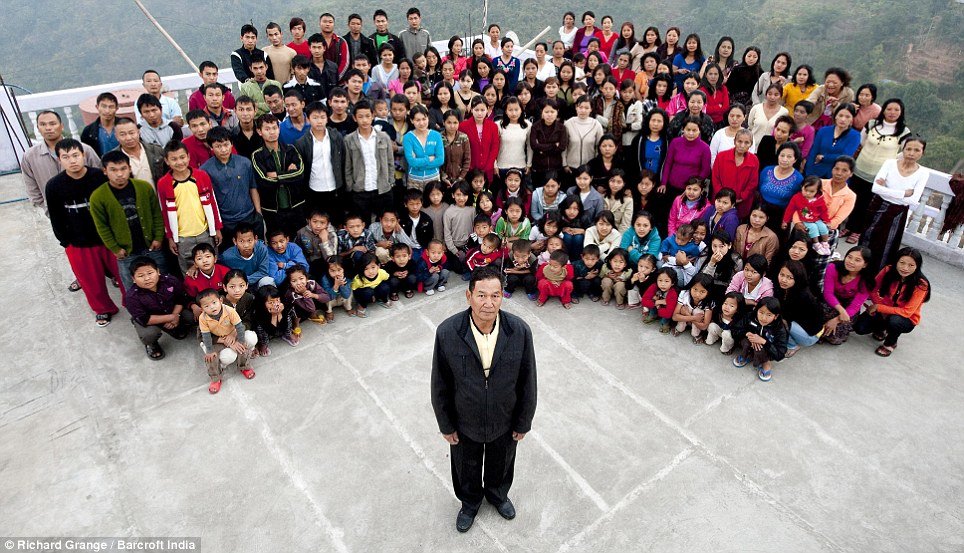 What do you think of this unconventional family set-up? Share your thoughts in the comments section below.