A horrific video shows a man casually shoving a woman onto a rail track in Southeast Asia. The incident was caught on CCTV and the culprit has been arrested.

The incident, which happened at a station in Hong Kong, involved the 59-year-old female cleaner surnamed Leung. She was standing on Platform No. 5 at the Yuen Long terminal for the Light Rail’s 761P route at around 10:30 in the morning.

The female cleaner was talking to a friend at the other side of the tracks. 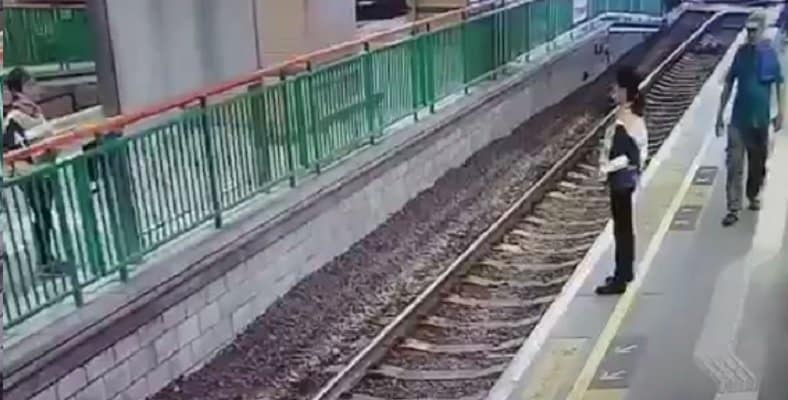 The surveillance footage showed that a man wearing bright trousers and a beige cap was walking over to Leung, as she was waving to a friend at the other side of the tracks. He then unsuspectingly and casually pushed her onto the tracks.

The man casually and deliberately pushed the woman onto the tracks. 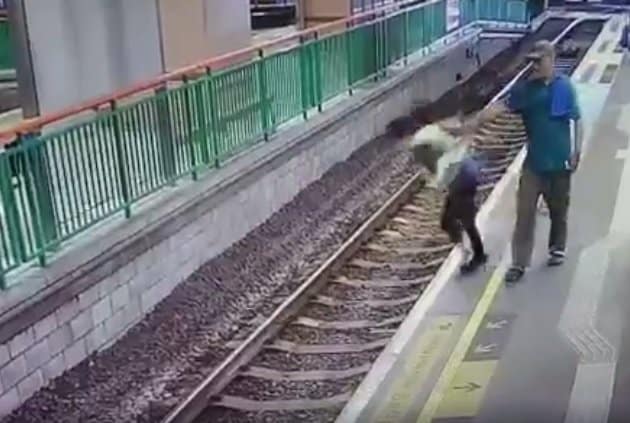 He walked calmly, looking completely unbothered by his action. 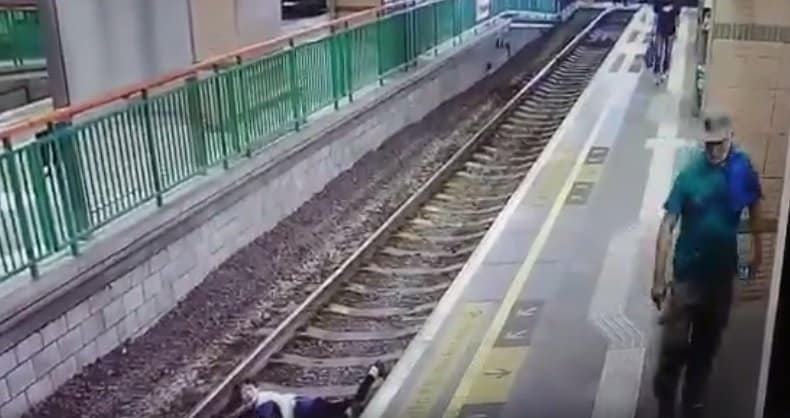 Fortunately, the woman suffered just minor injuries and there was no train approaching at that moment.

“The woman suffered injuries to her jaw and was sent to Pok Oi Hospital for treatment.”

The 56-year-old man has been identified and arrested. 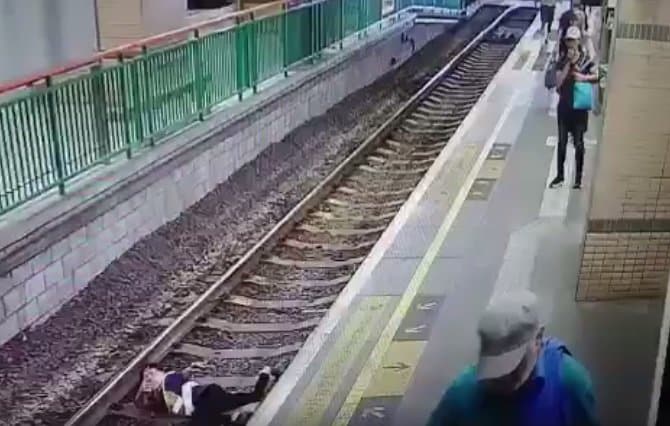 He holds a Hong Kong identity card. At the moment, the police officers are investigating the motive for the attack.

The spokesperson also said that the man has been arrested near the station and is now under probe on suspicion of assault resulting in actual bodily harm.

Watch the viral video below:

In a similar case in China, a daughter deliberately pushed her father onto the tracks to claim insurance money. The man, who the people thought was trying to kill himself, was saved by the concerned citizens. However, his desperate daughter kicked him back to the railway. Thankfully, many people were present to save the old man’s life.