Nearly anyone who’s suffered through expensive rentals and the high cost of living in prime cities appreciates going down to the basics and living small as opposed to living large.

Tiny homes, mobile homes, and micro apartments have taken center stage in the last few years as people attempt to consciously downgrade their lifestyles to afford living in the cities they choose.

One man has gone a step further and built a mini camper home that’s unobtrusive as it is mobile. And its powered by a most unusual source: 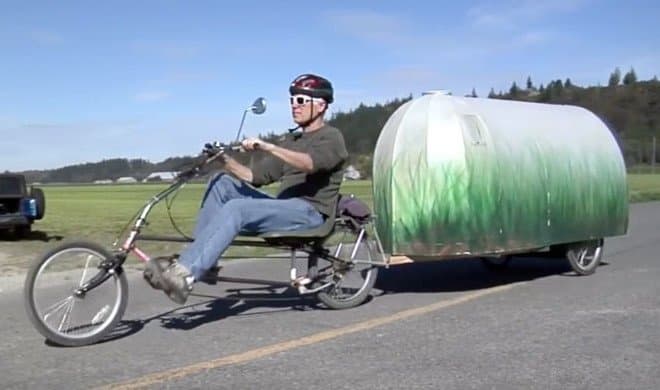 Paul Elkins, an ardent DIY-er and green activist built his “stealth” camper out of pine boards, duct tape, screws and zip ties. Not only is it one of the most compact campers ever seen this side of the tiny homes revolution, its also powered by bike.

Resembling a doghouse in the most literal sense of the word, the “stealth” camper comes complete with a bed, a sink, shelves, stove, LED lighting, a counter, clothes storage, and even a skylight. 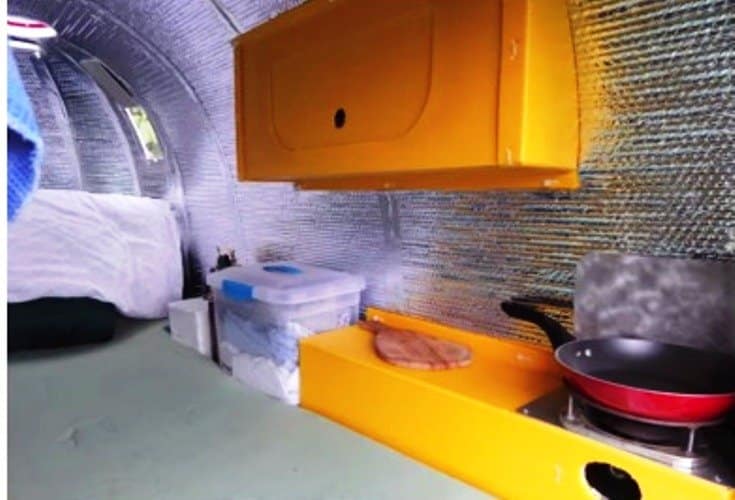 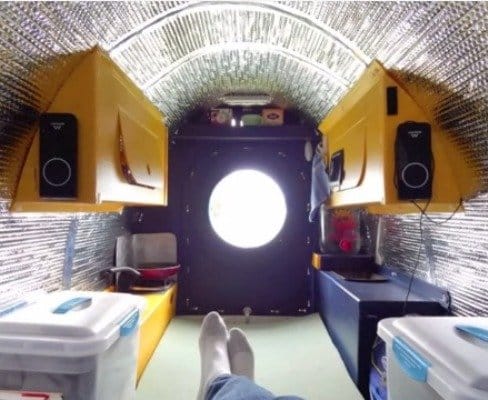 Powered by a $20 bicycle, the whole thing, made out of scavenged Coroplast from old political signs cost Paul only a total of $150 to build!

The mini camper home is made even more economical by the fact that Paul doesn’t even have to shell out money for car or home insurance since his whole 60-pound dwelling is pulled by bicycle.

This puts maximum savings in a whole new light. 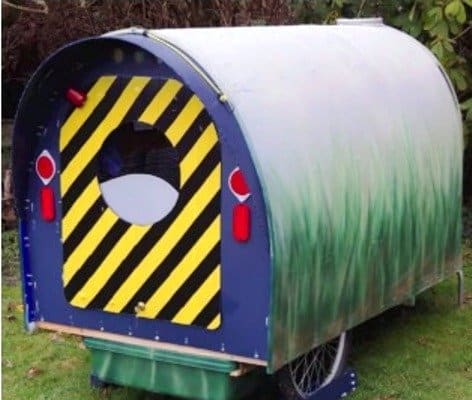 Even better, the insulated “stealth” camper is perfect to use as an evacuation home in case of emergencies, like storms, earthquake, flooding, fires, and other similar catastrophes.

The lightweight mobile home also allows Paul to travel on solo trips all over the country.

For tiny and micro-home purists, Paul Elkins’ mini “stealth” camper is the be-all and end-all of mobile homes everywhere.

H/T: Do It Yourself RV