A young man in Russia accidentally blazes his face aflame after his fire breathing performance has gone extremely wrong. He was performing in a festival in Kemerovo, Russia in the country’s south-western Kemerovo Oblast region.

Fire breathing is the act of creating a stream of fire by blowing fuel from the mouth over an open flame. It is a very dangerous activity that may result to severe injury or even death. However, some people practice proper techniques to reduce the risk.

A footage shows the man doing fire routines before the incident. 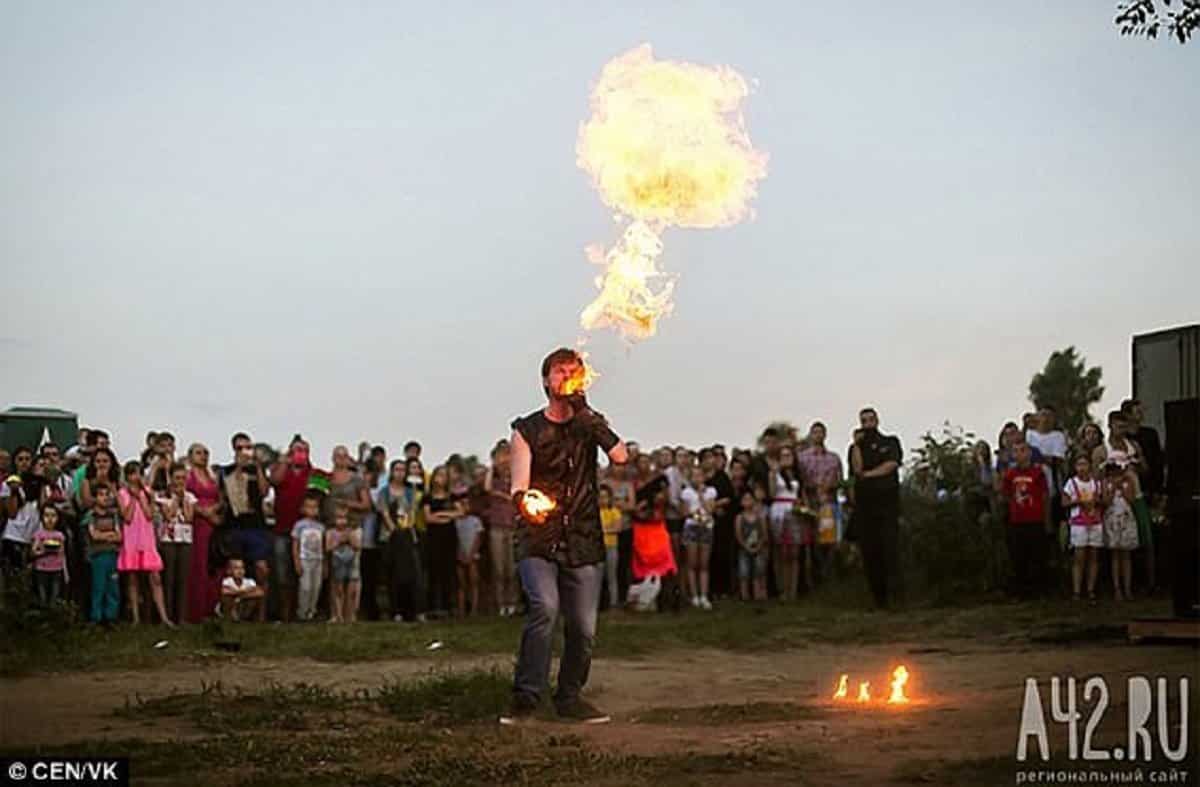 When the fuel spilled from the man’s mouth, the flames spread across his face. 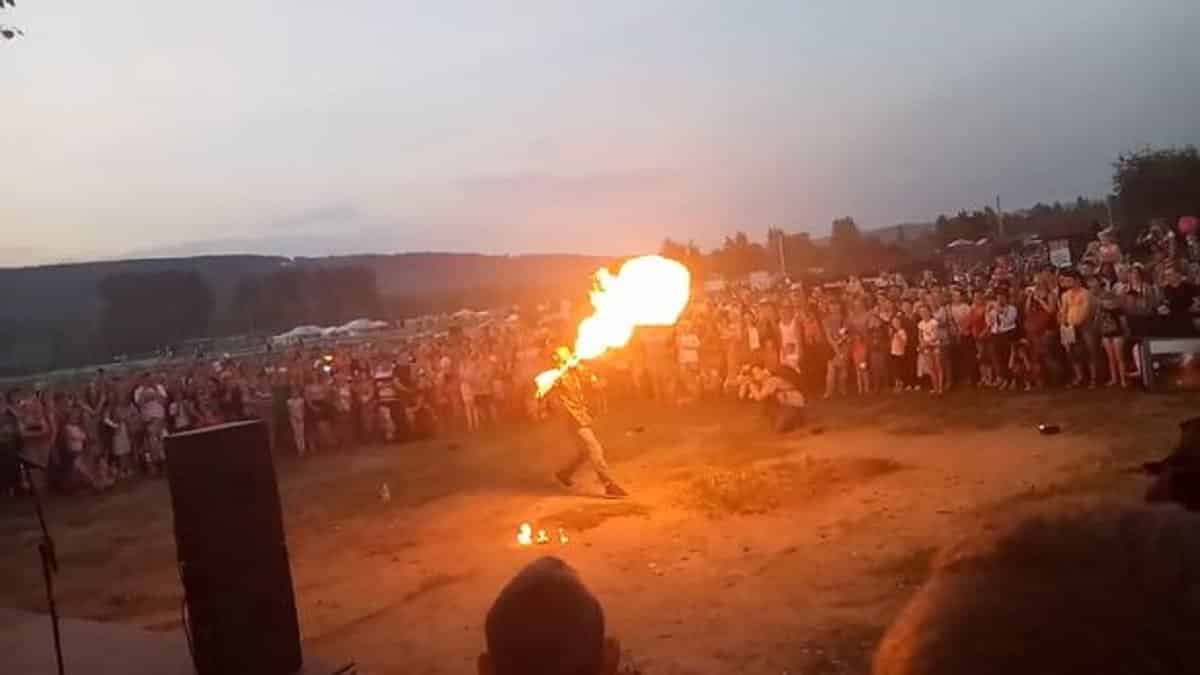 He falls to his knees and tries to put out the flame, however, the flames only got fiercer due to the remaining fuel in his mouth. Horrified screams can be heard from the spectating crowd. 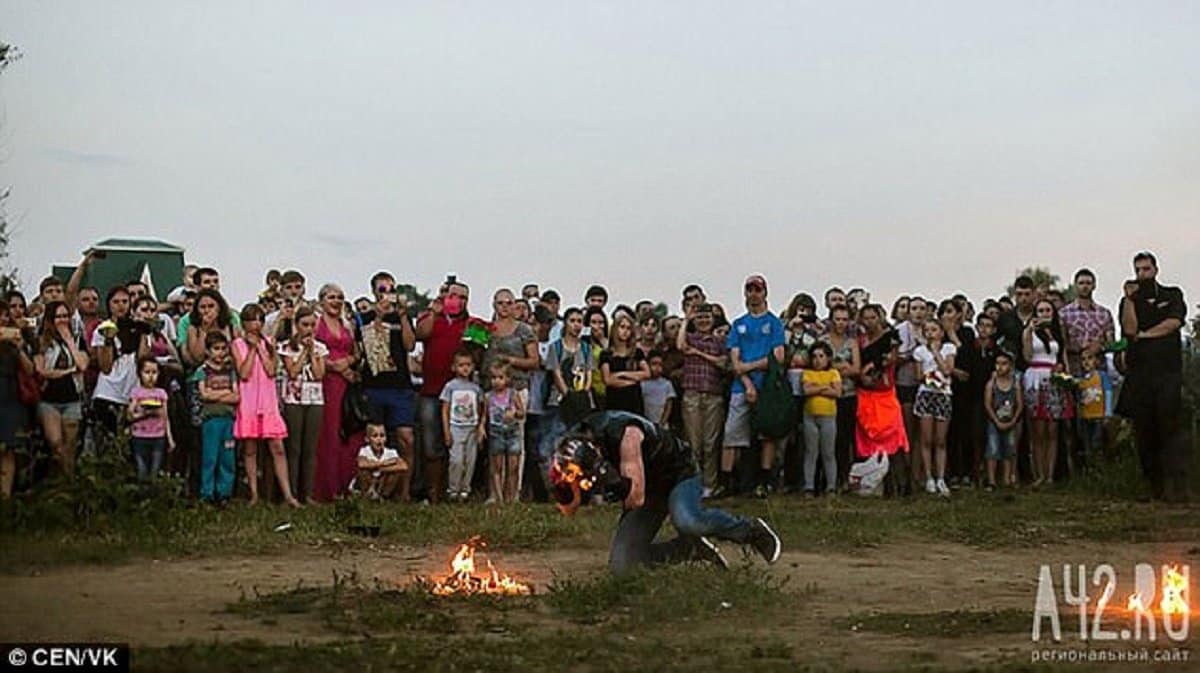 Some of the audience helped extinguish the fire with cloth. 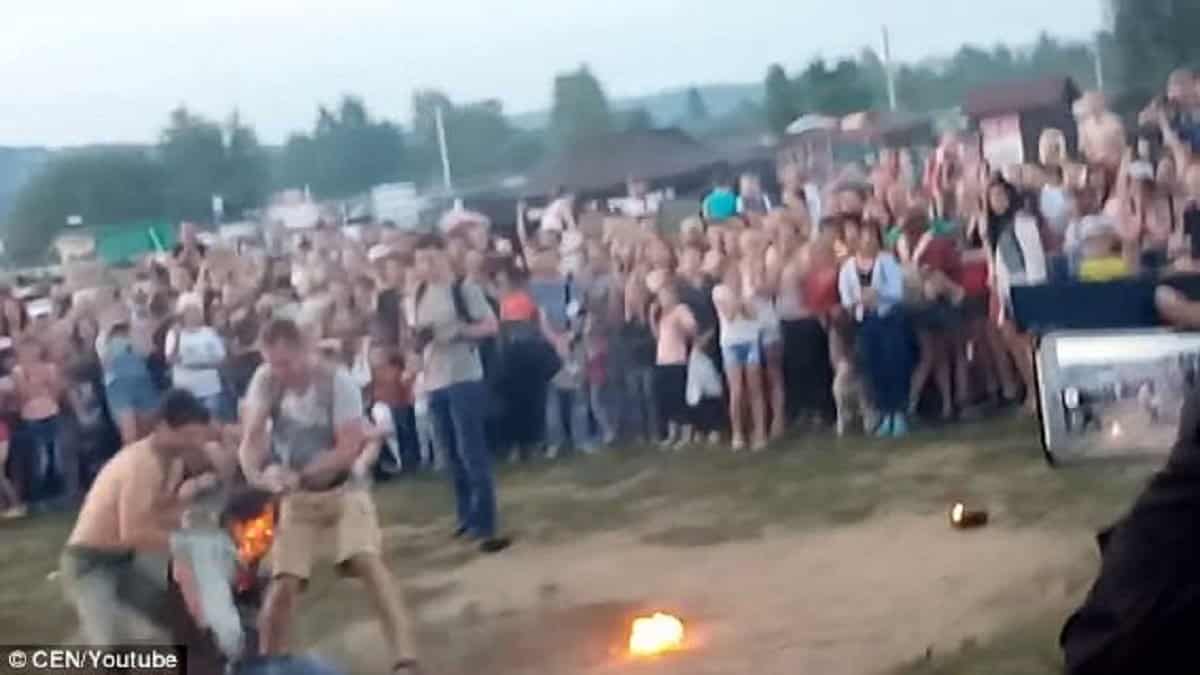 A woman also dumped a bottle of water in his face, but it took more than ten seconds to put out the fire and the man was taken to the hospital. 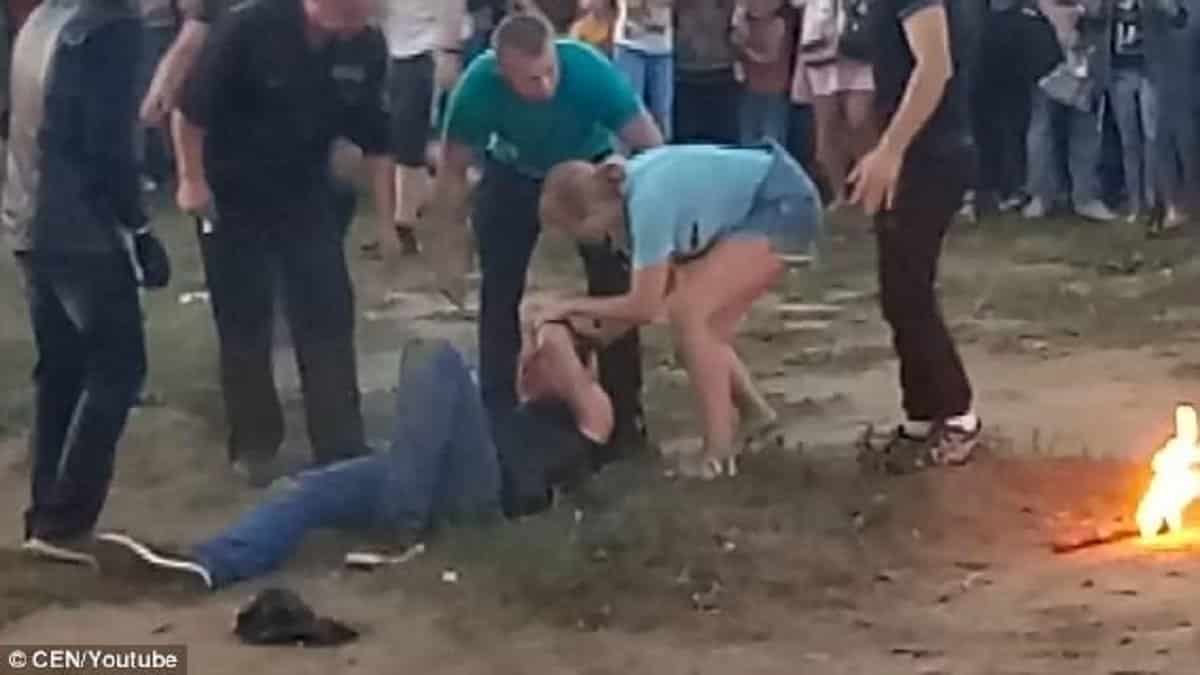 The unnamed man was the third fire breather to be injured in the said festival. Before, a performer had also accidentally set his face alight while another had his clothing caught up in flames. Fortunately, the fire was put out before it can do serious damage so both fire breathers turned out safe.

There is a very high risk of risk of self-ignition while performing fire breathing. The risk is doubled when a person wears flammable products such as hair sprays and inappropriate clothing or has poor technique.

The man, who has not been publicly named, was immediately taken by an ambulance to a local hospital to treat his injuries.