“Is it okay if I put my balls in your hands?” sounds like a sleazy pickup line from a pervert but in this case, it’s street magician Julien Magic asking permission to perform a trick on people cool enough to take it. Famous for his hilarious street pranks, Julien is gifted with amazing skills that make people go “How the heck did that happen?!” whenever he weaves his magic on strangers.

In this amazing prank, Julien asks the participants, most of them women, to close their fists and eyes. Some of them were given one ball to clench in their hands.

After a few seconds, he makes them open their eyes first and then asks them to open their fists.

Participants are delightfully surprised to discover foam balls in their previously empty hands and they really had no idea how Julien did that trick!

The next part of the prank makes a hilarious turn when Julien asks the participants again to close their eyes and fist and then imagine something that they really like.

After a few seconds, he asks them to open their eyes and when they unlock their fists, they discover a stuffed penis in their hands! Talk about something they REALLY like.

It’s a good thing these participants are game enough and found the prank really funny; they laughed out loud upon discovering the foam items in their hands!

Julien Magic is not your ordinary street magician. He began his career in the streets of Paris during his adolescence and trained at the “Forum des Halles” everyday with street magicians and street performers. He also studied at Chavez Studio of Magic in Los Angeles, the world’s oldest magic school.

He has won numerous awards including the Merlin Award for “Best Magic Europe”, 1st prize in Nordic Champions and Swedish Champions, and a Silver Play button. 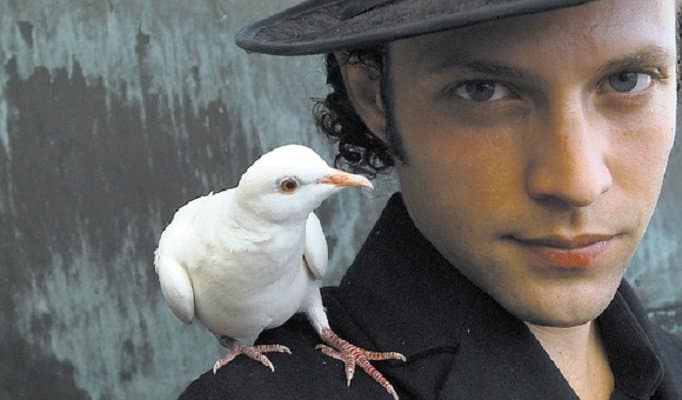 Source: From The Idle Man

In 2004, he became the Nordic Champion of Magic. He has performed for millions of people through live performances and television shows around the world. These performances were held in events such as the Grand Prix Monaco, the Cannes Film Festival, and the Nobel banquet.