Dogs share special relationships with humans. Fondly called as ‘man’s best friend’, dogs have served as loyal, caring, and loving companions of people for many centuries now. Take for instance, Hachiko, the world’s most famous Akita dog. Hachiko proved his loyalty to his master by waiting for him in the train station for a decade after his untimely death.

Unfortunately, some people, particularly those from Vietnam, China, the Philippines, and Korea, consider dog meat as a delicacy. In short, dogs get eaten. Such was the tragic fate of a dog named Flower.

For several days, Flower went missing. His owner, a five-year-old girl, spent great efforts to look for her pet of three years. The little girl, who is allegedly from Northern Vietnam, found him fully roasted and being sold in a meat stall. 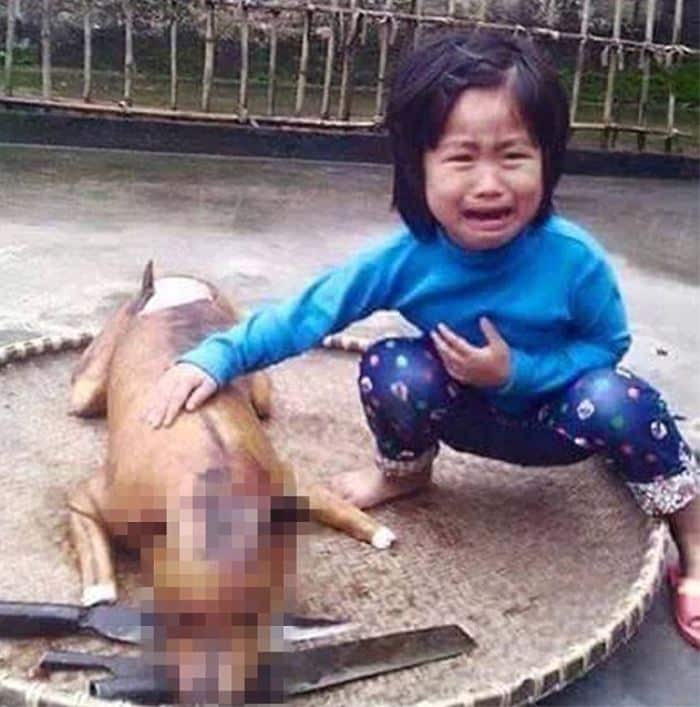 The heartbreaking photo of the little girl and her roasted dog has taken the internet by storm. Their tragic story has encouraged many people to campaign for the banning of dog meat consumption.