Between Iceland and Norway lies the biggest lake of the Faroe Islands— Lake Sørvágsvatn or Leitisvatn, a 6-kilometer-long body of water located on the island of Vágar.

At first glance, the calm lake appears as if it is sitting hundreds of feet high above the ocean. But, this is just an optical illusion.

The camera’s position and the angle of the shot made it look like the lake and the cliff are of the same level. 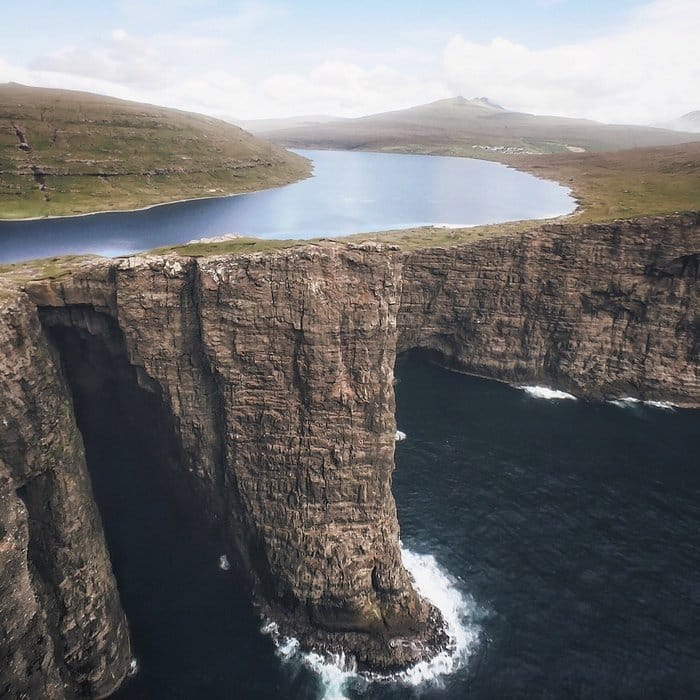 The lake is only 30 meters above sea level, although the cliff facing the camera is approximately 100 meters high. 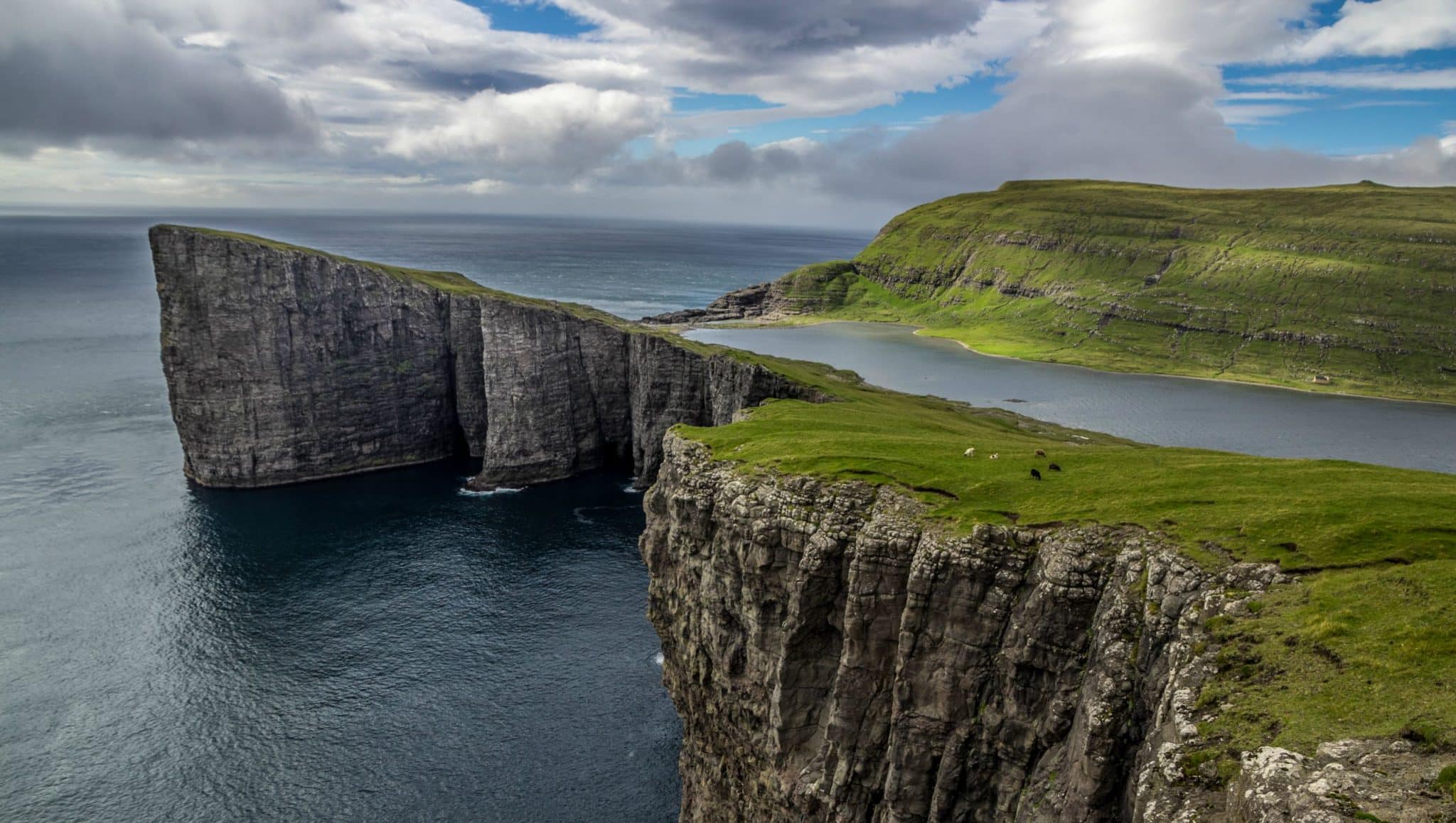 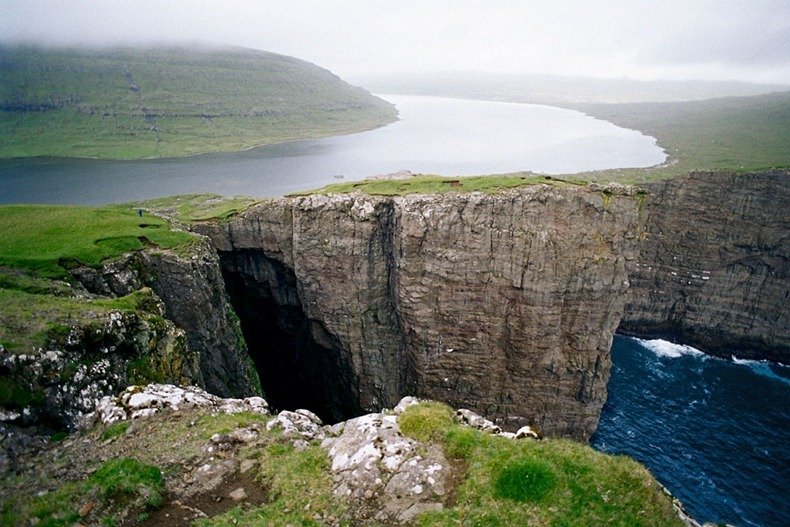 You’ll see the Bøsdalafossur waterfall from this view. It is the lake’s outlet into the North Atlantic Ocean. 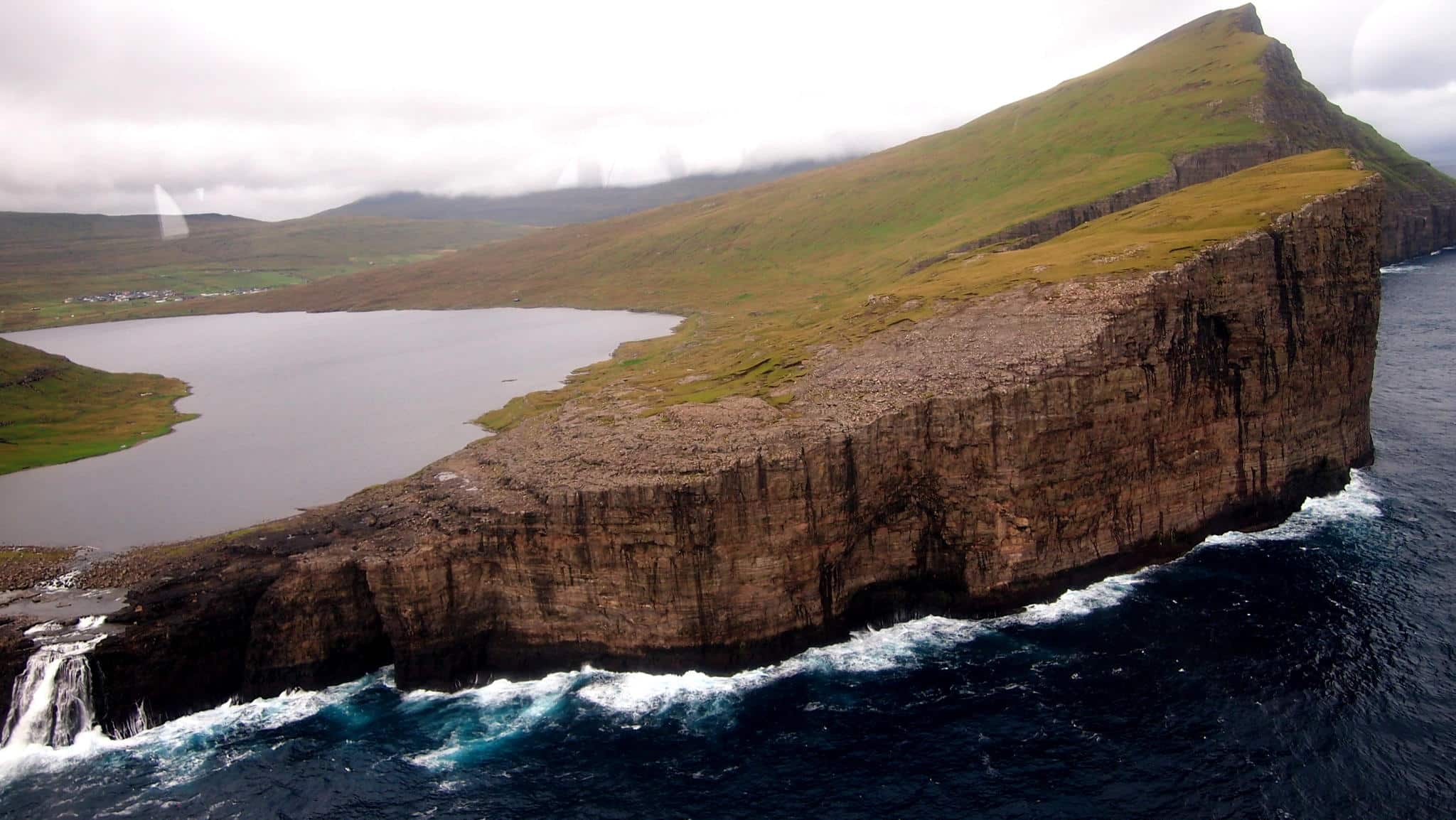 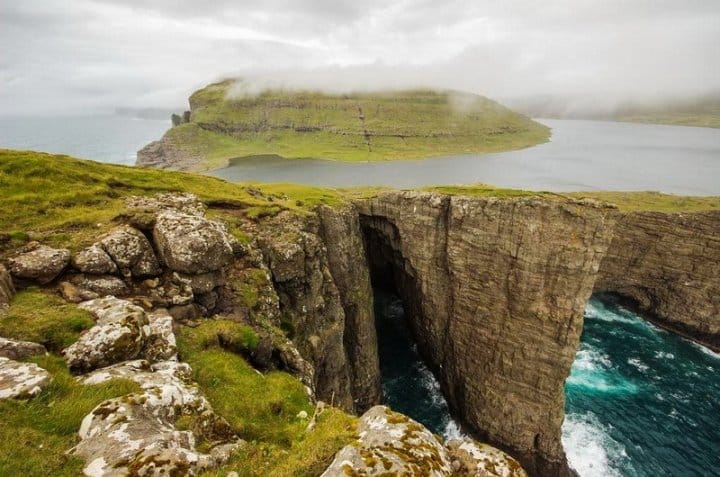 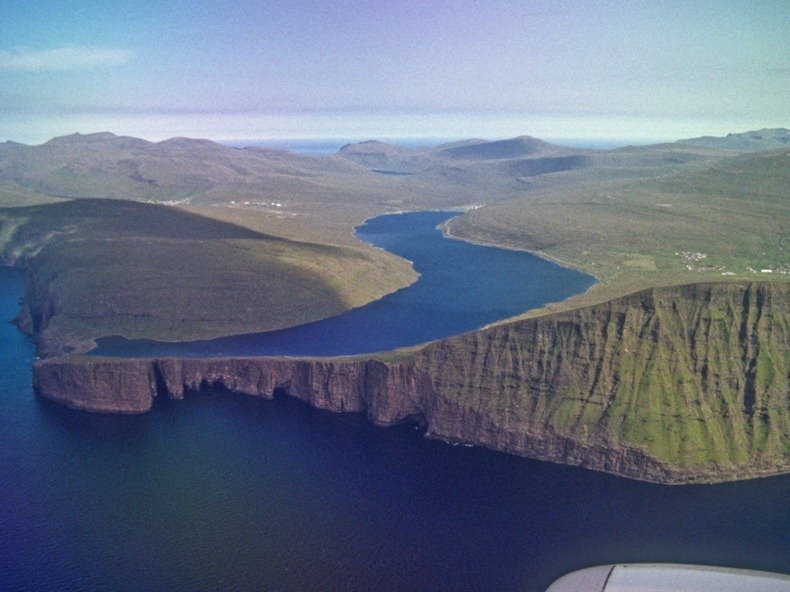 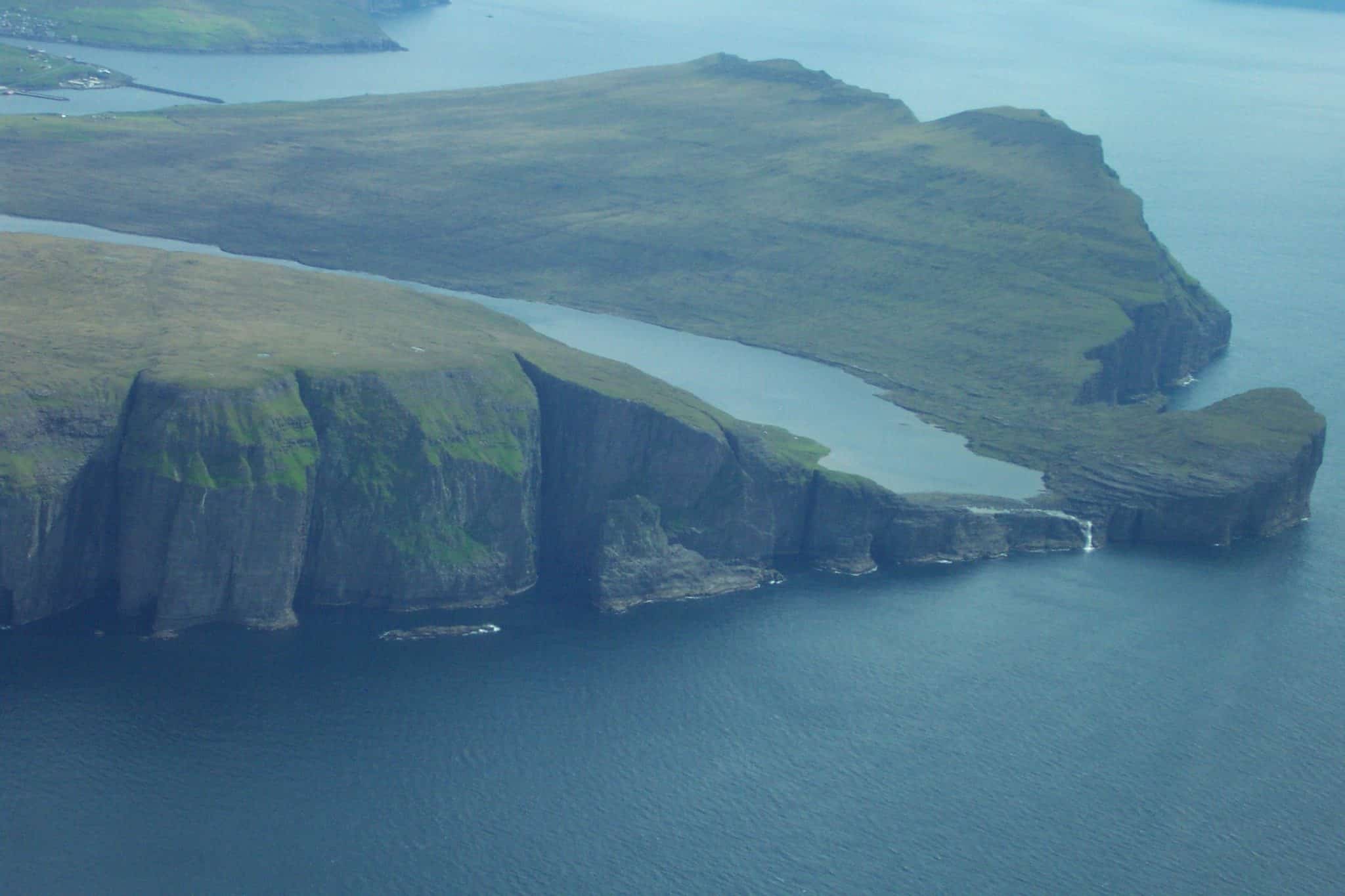 The residents of Sørvágur were the first settlers on the land, which is why they named the lake after their village. However, the inhabitants of Miðvágur, a village closer to the lake, named it Leitisvatn since the land next to the lake is called Leiti. 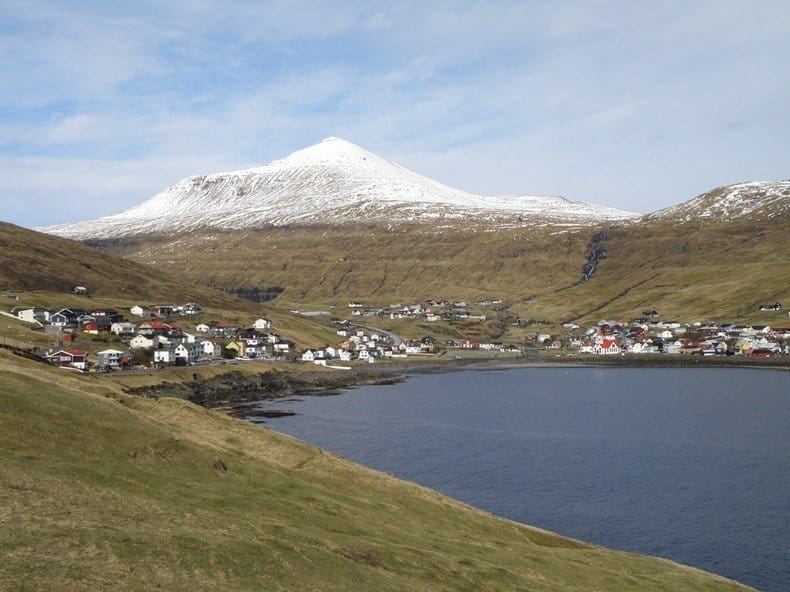 The locals then resolved to simply call it “Vatni” meaning “The Lake”. 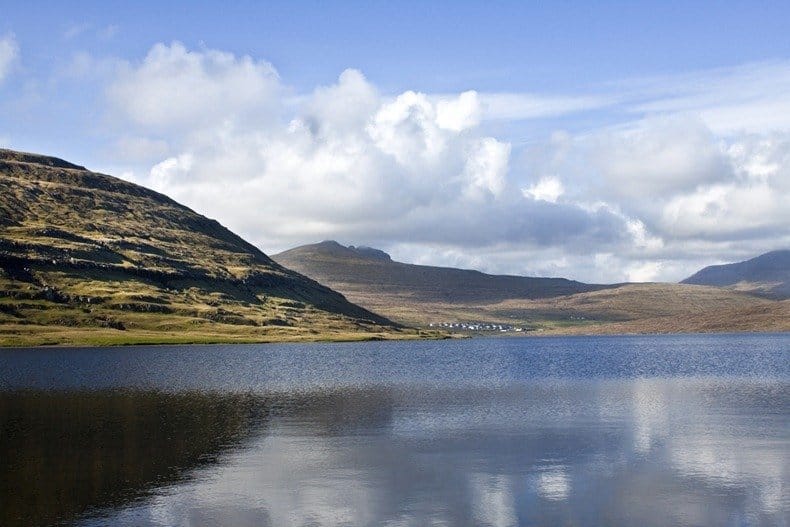