Sometimes our eyes can play tricks on us, making us see things that are not quite what they really are. Such is the case with this viral photo posted by a Facebook user named Kendrick Kang, a Malaysian insurance agent. The photo, supposedly taken inside a train, shows a sleeping lady, but there seems to be something strange about her at first look.

“Today take MRT go appointment. Then I felt someone keep looking at me inside the train. The eyes are like smiling. This kept for quite some time. So at the end, I decided go and approach her to sell insurance. Then I realise… Kanasai, that’s her mouth la! #CopyPaste #Hahahahaha”

The photo appears creepy at first. 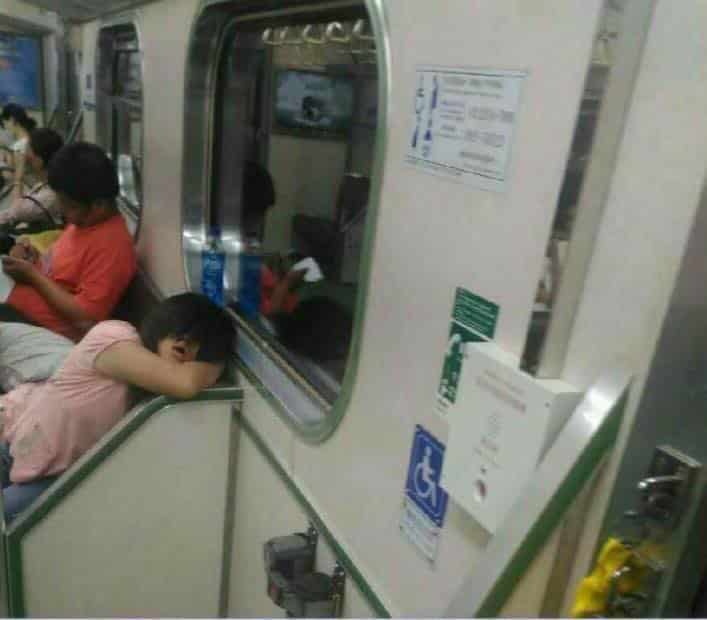 A lot of Facebook users reacted to the photo. They too were fooled by this optical illusion. At first look, it seems as though the lady is looking at the camera with a rather strange eye. And anyone who looks at you this way can definitely be freaky.

But after a second or a prolonged look, it actually starts to make sense. 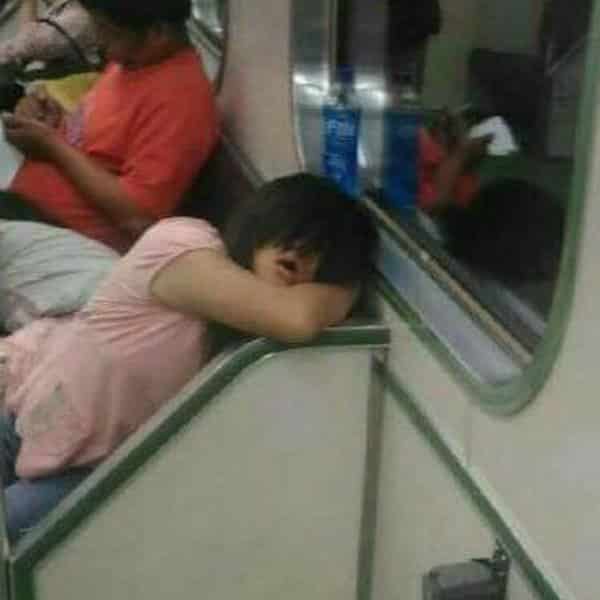 But after some time, the image starts to make sense. The ‘eye’ is actually the lady’s mouth, and a big area of her face is just being covered by her hair. If you look closely, you’ll see her nose just peeking out of her bangs.

The photo has reportedly been posted elsewhere before but did not go viral, so the authenticity of Kang’s story is being challenged by some. Whether true or not, we can’t deny the trick it has played on our eyes. We’re just glad everything’s normal in this picture.

Were you creeped out by this photo too? How long did it take you to see the real image here?