We usually associate crop circles with a possible alien encounter. However, there’s nothing extraterrestrial about the awesome tree formations you’ll find in Japan. These gorgeous patterns are actually the result of a Japanese experiment conducted almost a half-century ago.

In 1973, an area of land in the Miyazaki Prefecture of southern Japan was used for an experiment on trees. The Japanese researchers designated the area as “experimental forestry” and began planting trees in 10 degree radial increments. These formed 10 concentric circles of varying diameters. Since then, the trees have grown and the results of the experiment are visible from the air. 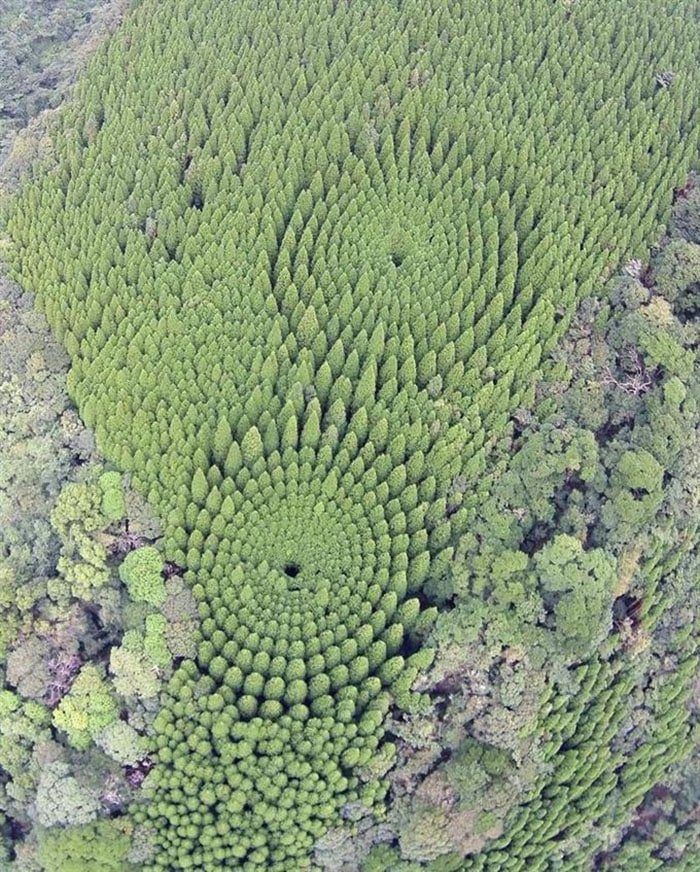 The document from Japan’s Ministry of Agriculture, Forestry and Fisheries suggested that the experiment wanted to explore how tree density affected growth. The trees in the inner circle are visibly shorter because they need to compete for resources. However, the trees in the outer circle are taller since they get more water and sunlight.

The result of the experiment is truly stunning when you see it from the air. The concave shape formed by the Japanese cedar trees resemble the crop circles that alien hunters are familiar with.

Interestingly, the researchers had originally planned to harvest the trees only after five years of growth. However, the trees have been allowed to grow more due to the amazing sight.

The tree crop circles still look amazing even at night. 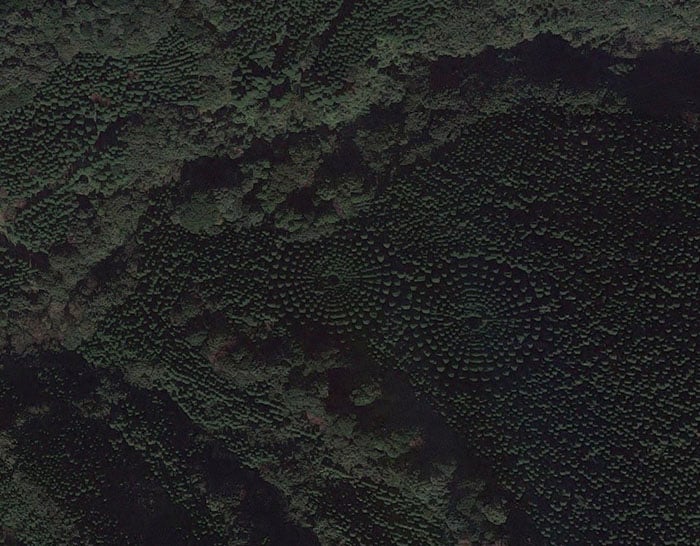 It’s no surprise that netizens have fallen in love with the tree “crop circles.” Some have joked that the trees were actually planted by the titular character in the animated classic My Neighbor Totoro. Others yet commented on how the circles look like the eyes of a chameleon. However, everyone agreed that the trees should be left alone.

It is still unclear if the tree “crop circles” will be harvested in the future since the project is over. Nevertheless, people are hoping that the trees will be allowed to stay as they could be a possible tourist attraction.