Japan, a country with one of the most unique cultures in the world, never fails to surprise us with its strange traditions and practices.

Weddings ceremonies in the land of the rising sun are extravagant and expensive. Although many Japanese people still practice formal-style ceremonies that adhere to strict religious rituals, more and more couples opt to have Western-style wedding. Since it is considered less formal, some brides and grooms add a little spice to the ceremony by wearing cosplay costumes or even having it done underwater.

A hotel in Tochigi took unusual Japanese weddings to the next level by inviting an extra special guest: an alpaca. 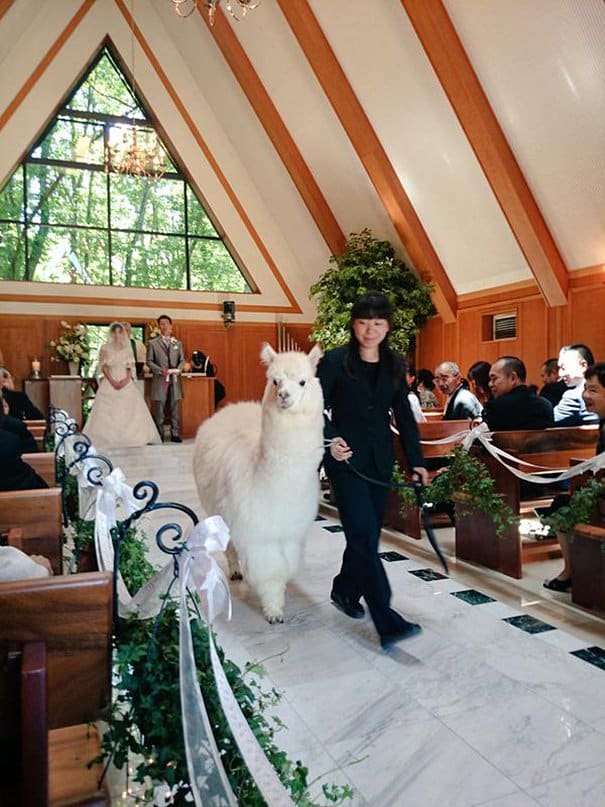 Brides and grooms who want to tie the knot in hotel Epinard Nasu have the option to have the fluffy beast act as a witness to their weddings. 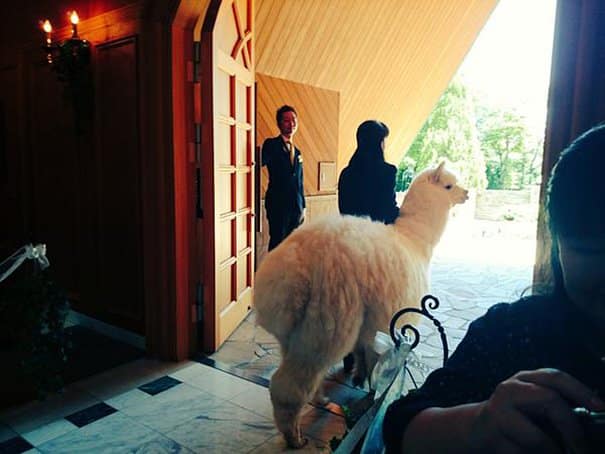 Alpacas aren’t even considered a good luck charm in Japan. 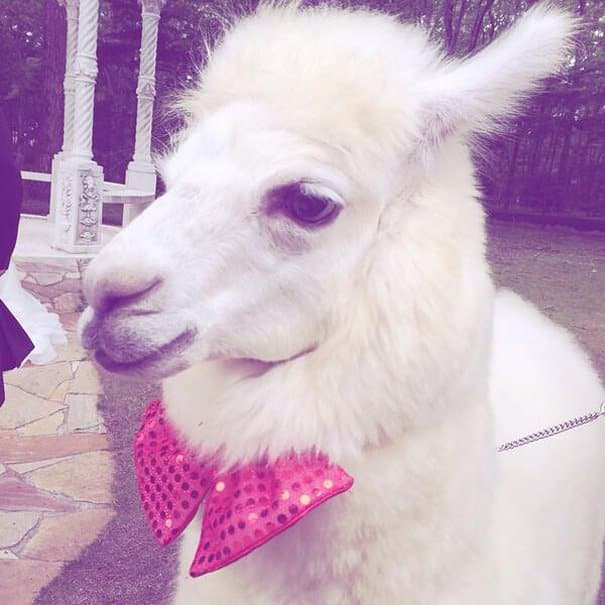 So where did the management get the strange idea to have a four-legged friend join couples in the altar?

Apparently, there’s a zoo next to the hotel where the management can rent out an alpaca. 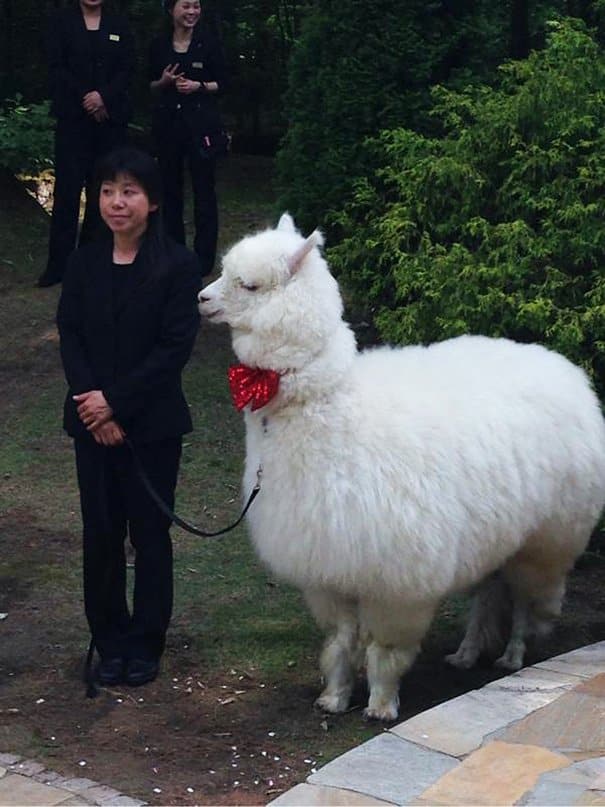 A trainer will walk the animal down the aisle and handle it during the ceremony. 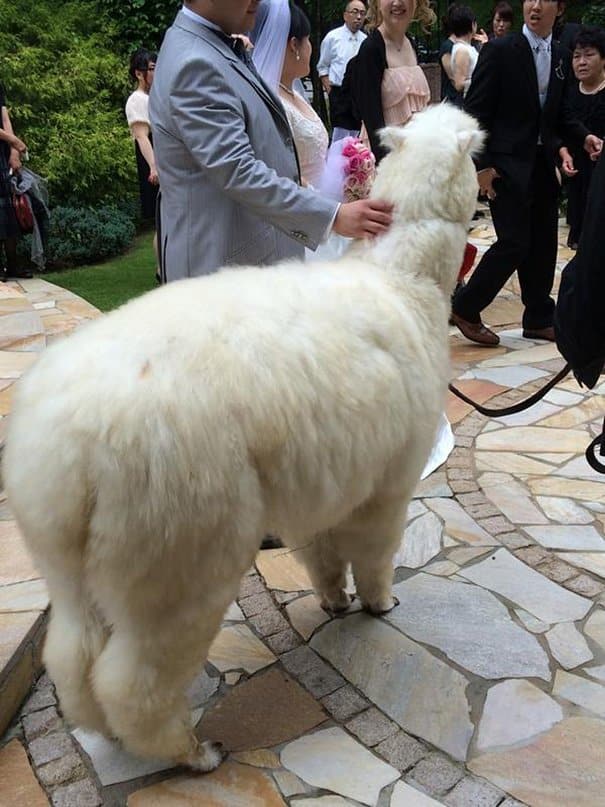 So… Would you want an alpaca to witness your wedding? 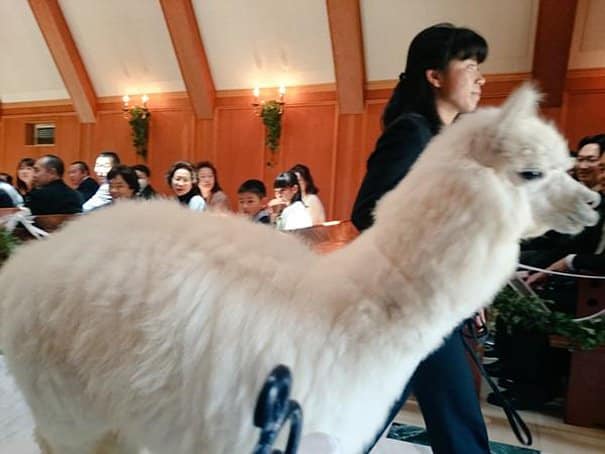