What would be your personal definition of luxury? Would it be owning an expensive house? Or having several luxury cars, perhaps? Excessive partying? Travelling the world?

For them, the ultimate comfort in life is to have a heoibikuni – a servant woman whose duty is to, of course, serve her employer. A heoibikuni does everything from mundane tasks to the most absurd of responsibilities. Such as owning up to their boss’ gaseous emissions.

A heoibikuni’s job includes owning up to a fart when her employer does it publicly. 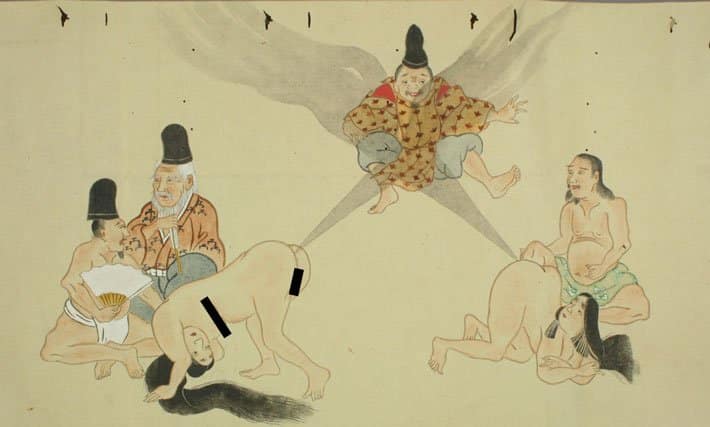 Yes, a weird part of a heoibikuni’s job description is to save her employer’s face when she farts publicly, whether she did it intentionally or not.

So regardless if it’s a firecracker, a nuclear, or a tear gas type of fart, the heoibikuni has to declare verbally that it was her, and not her employer, who released the beast in a public setting.

Publicly confessing to the stinky emission helps save the faces of noblewomen, especially during matchmaking sessions.

Now I don’t know if the people back then bought such confessions that easily but at that time, that was the thing. Specially since during those days, farts are a big turn off for guys and so the mistress will be able to maintain a positive, less stinky reputation if someone else admitted to the crime.

Interestingly though, only noblewomen find the need to hire heoibikunis. Japan’s history reveals that no men hired or were hired for such a strange job.

Ladies, would you work as a heoibukini if you lived during those times? Tell us why or why not in the comment section!