An innocent child in China unknowingly disabled his mom’s beloved Apple gadget. A two-year-old boy from Shanghai accidentally locked his mother’s iPhone for the next 48 years after repeatedly entering the incorrect passcode. The child kept typing the wrong numbers until the phone was locked for more than 25 million minutes, or close to 48 years.

The iPhone can be set to increase its lockout time every time an incorrect passcode is entered, as part of its security features. It is uncertain, however, exactly how many times the child entered the incorrect digits to lock the iPhone for that long.

According to the mother, she left her child with the device, so he could watch some educational shows while she stepped out to run an errand. 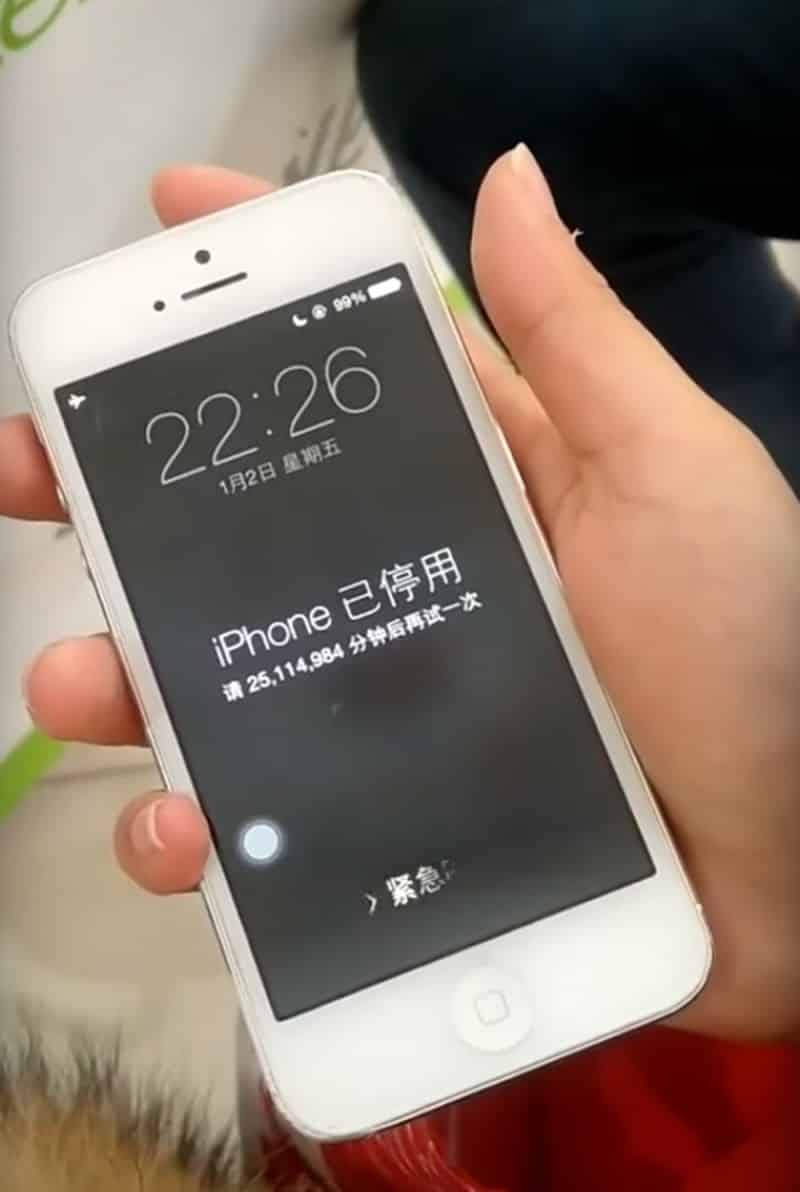 The mother, identified only as Lu, was quoted as saying:

“I can’t wait for more than 40 years. In 40 years, I probably won’t be able to talk. Although I’ll probably joke to my grandchildren: ‘This is your dad’s fault.'”

The confused mother brought her locked device to an Apple store in Shanghai.

A technician had advised the woman to have the iPhone’s data wiped out and to then perform a factory reset. The technician named Wei Chunlong reportedly said that there have been reported cases of iPhones getting locked for as long as 80 years.

How that happened, we can’t be sure. But the mother did not want to lose her data, photos, and contacts, so she tried to wait it out, hoping the device would suddenly unlock itself. After two months of waiting, and unsurprisingly, the problem did not solve itself.

Online users commented on the news pointing out what they call a ‘design flaw’ in the Apple product. Some, on the other hand, talked about the mother allowing her very young child to use her electronic device.