We’ve featured so many inspiring fitness stories here in our website but if that’s not enough for you to get off your lazy butt and start working out, maybe this woman’s story might just be the motivation you need.

This Imgur user who goes by the handle ‘melephants’ recently shared some of her photos showing her amazing transformation and everyone’s pretty impressed. According to her, it took her 2 years to achieve the result she wanted but the hard work is very much worth it. 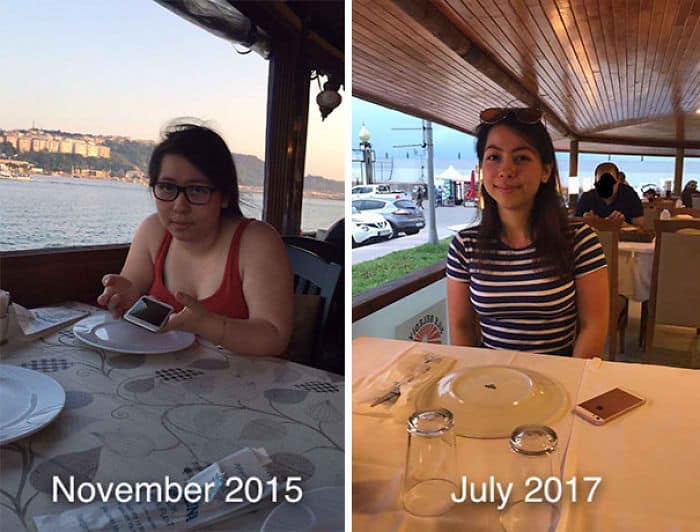 In her post, the 4ft-10in woman confessed she used to weigh 143lbs. Since deciding to live a healthier lifestyle, she has since lost about 30lbs. All it took for her was to tweak her eating habits, count the calories she consumed, and, of course, some regular gym time.

Now 20 years old, melephants said she is much happier with her slimmer figure. 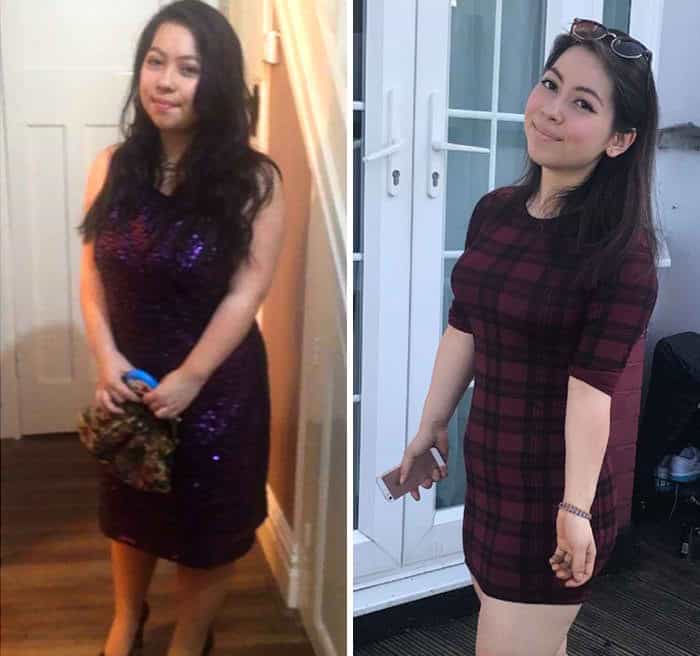 “Honestly, it’s not only benefited my physical health but my mental health too,” she wrote. 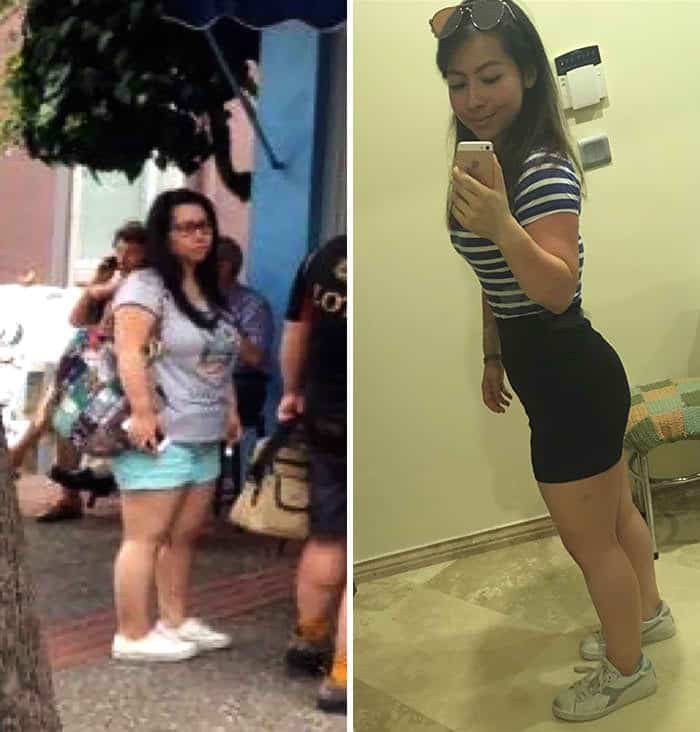 Her journey to a better body all began by making adjustments with what she ate. She said:

“I base my meals around a source of protein now (chicken, fish) and lots of veggies. I don’t eat carbs that much, more on lifting days.”

After spending a month on the treadmill, however, she didn’t notice any significant change. So she decided to switch to HIIT (High Intensity Interval Training).

These days, she works her lower body “two-three times per week” and her upper body “twice,” according to BoredPanda. During those sessions, she does “deadlifts, squats, bench presses and hip thrusts,” the site continued.

Along with that, she also changed little habits that encouraged her to be healthy. 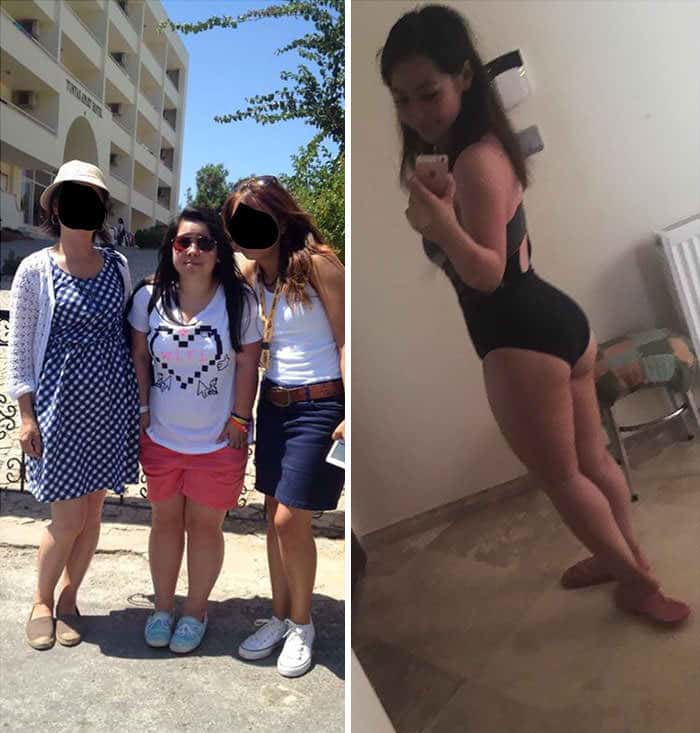 For example, she now stands on the train instead of sitting down. She also drinks more water and makes sure junk food are not available at her house.

Melephants pointed out that her lifestyle change is definitely the “best decision” she’s ever made. 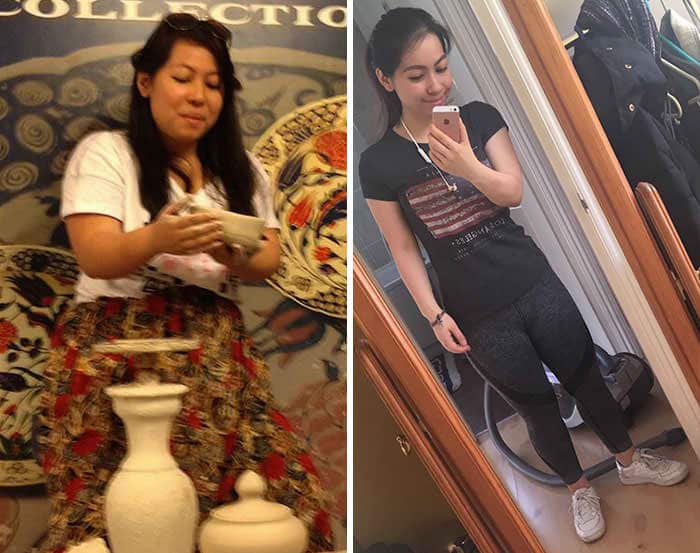 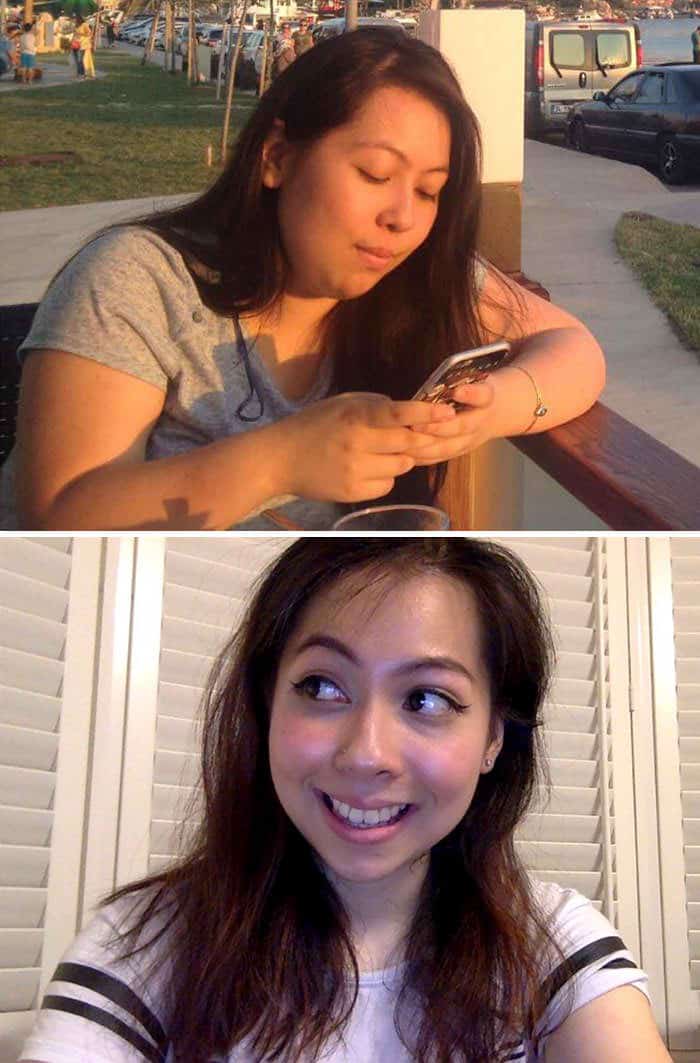 “Thanks for showing this as a realistic loss. Too many of these are a lost 100lbs in 5 months. Which is awesome but likely to be regained.”

“Not only are you fit but I think your face actually looks younger. Good for you! No one can ever take that away from you.”

So yes, change is indeed possible as long as you’re determined! 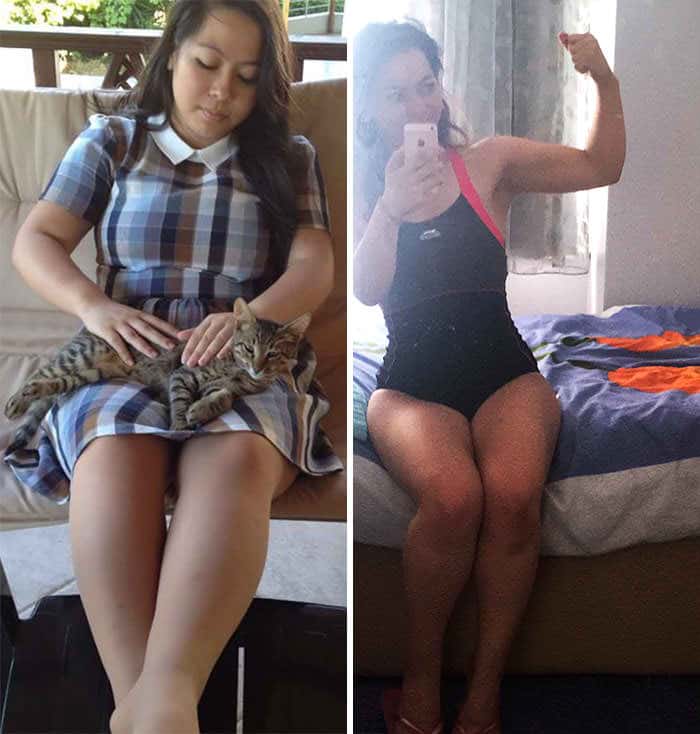