We’ve all seen it in the news and online, images of people who’ve resorted to plastic surgery to change their looks. These enhancements range from lasering, touch-ups, fillers and injectibles, to boob jobs, rib extractions, and butt padding. On the other end of the spectrum, there are extreme body modification enthusiasts who embed horns, fork their tongues, and pin or point their ears to resemble animals or fantasy creatures.

And then there are the people who want to look like someone else entirely. One of these is Rodrigo Alves. 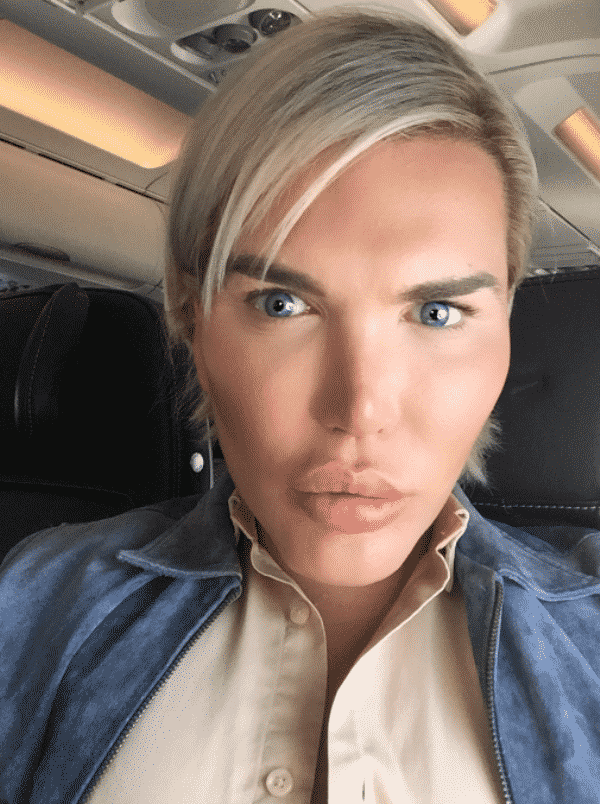 Alves, 34, suffers from body dysmorphic disorder, or BDD. He’s been through 58 plastic surgeries, including over 100 cosmetic procedures to look like a fashion doll replica.

Mattel should pay him a fee for marketing Barbie’s bae on his very person. 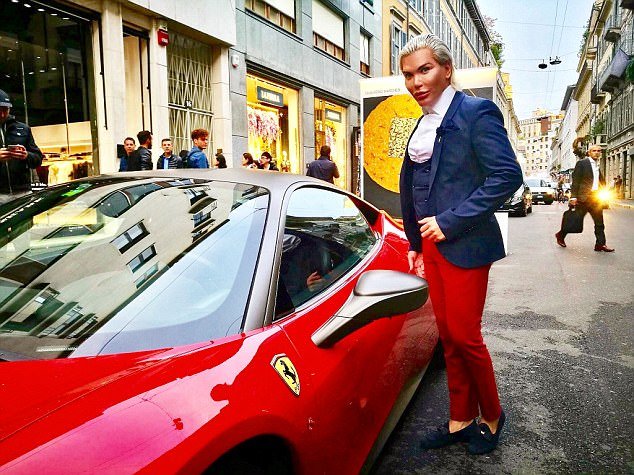 Family and friends, concerned with his plastic surgery mania, urged him to see a psychiatrist, and he was diagnosed with BDD.

Strangely enough, instead of keeping Alves away from under the surgical knife, the diagnosis only spurred him to get even more procedures done.

“People may think I am crazy. I am not. I have had psychological help. I was born in the wrong body.”

The diagnosis only reinforced what he used to feel as a child. Particularly after being constantly bullied for the way he looked.

He began life as a cute kid… 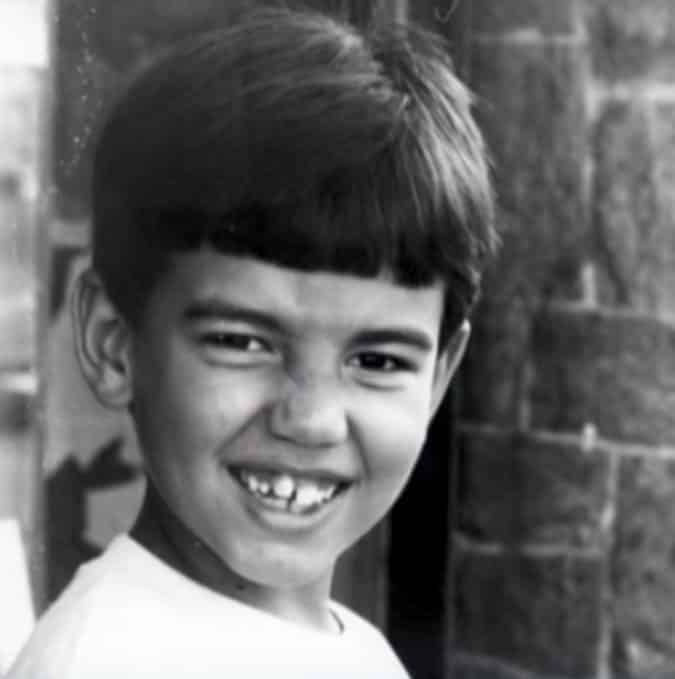 …but grew into a not-quite-as-cute adult.

Bullies once smashed his face into a urinal because they took offense at his nose.

Growing up, Alves watched Disney films and dreamed of looking like a Disney prince. Seeing Ken doll figures gave him a thrill because they were what he wanted to become. 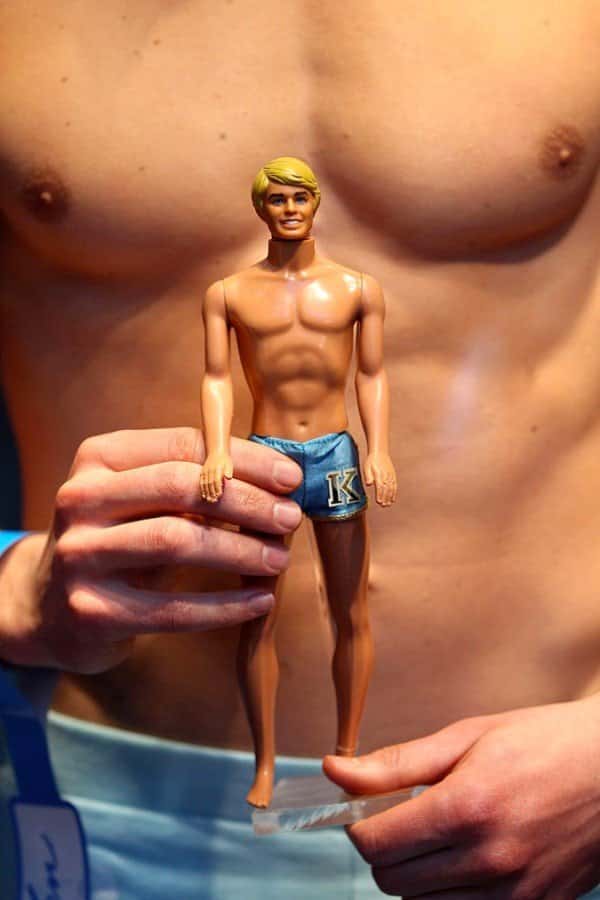 And so he set out to do so, spending over half a million dollars to become a living, breathing, walking Mattel toy advertisement. 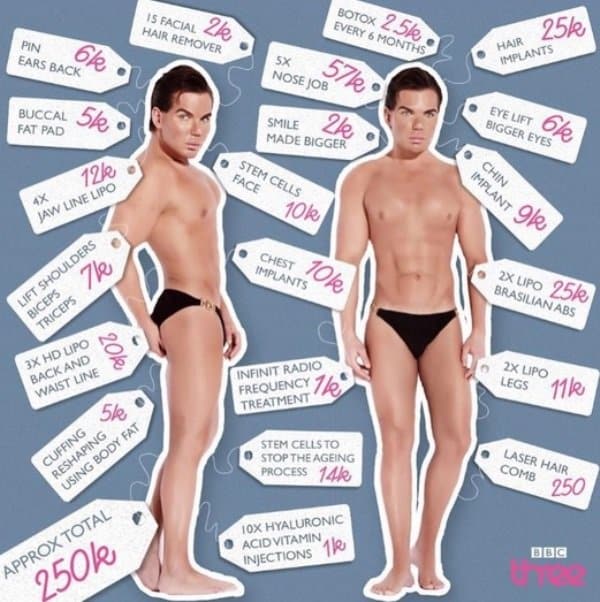 “I finally love myself and that is the most important thing of all.”

Recently, Alves shared photos of his adult self before he began his transformation journey.

And he was right. Younger Alves was far from supermodel material. 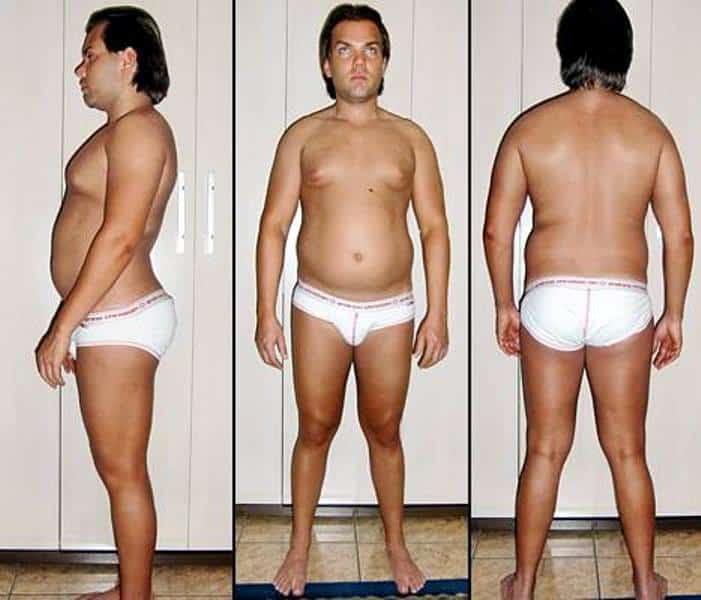 His first surgery began at age 17 to correct gynecomastia, or the enlargement of male breast tissue. When he was away at college, he had more procedures done.

Eventually, he got nearly every part of his body changed.

Starting with his offensive, often-bullied-over nose. 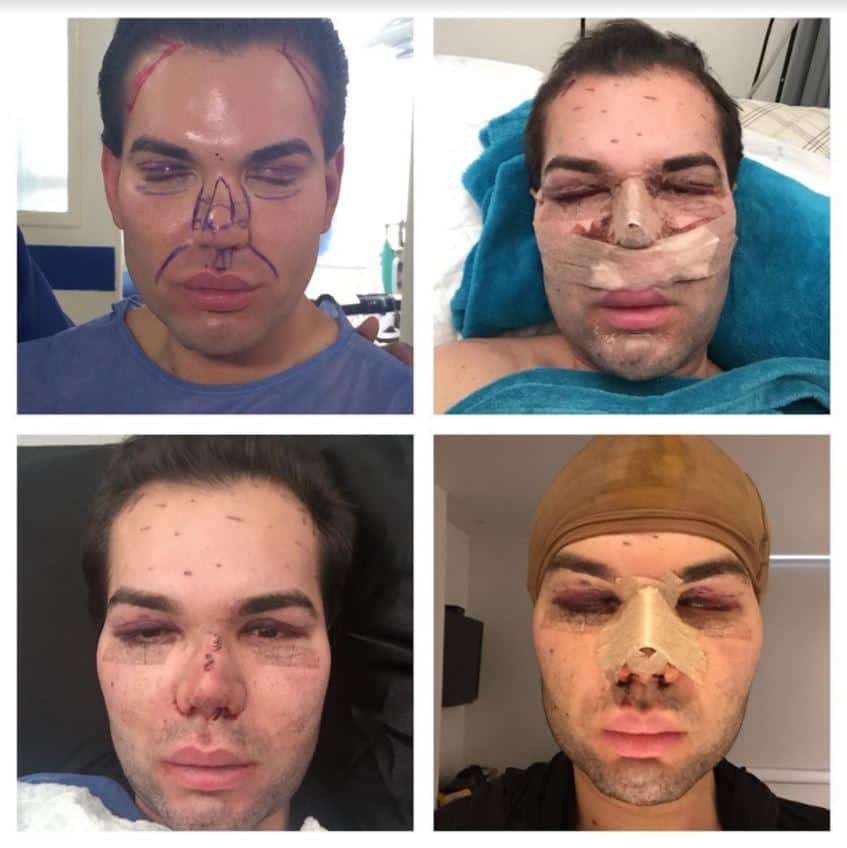 In fact, authorities at a Dubai airport held him for three hours because he didn’t look like his passport photo at all. 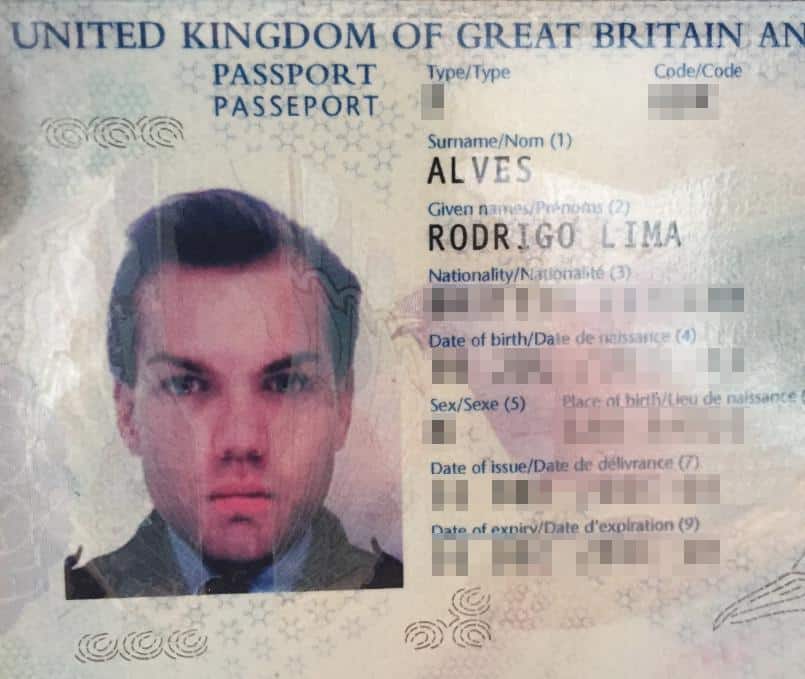 “I have always loved fashion, but I was never able to fit into a smart blazer or suit because my body was not symmetric.” 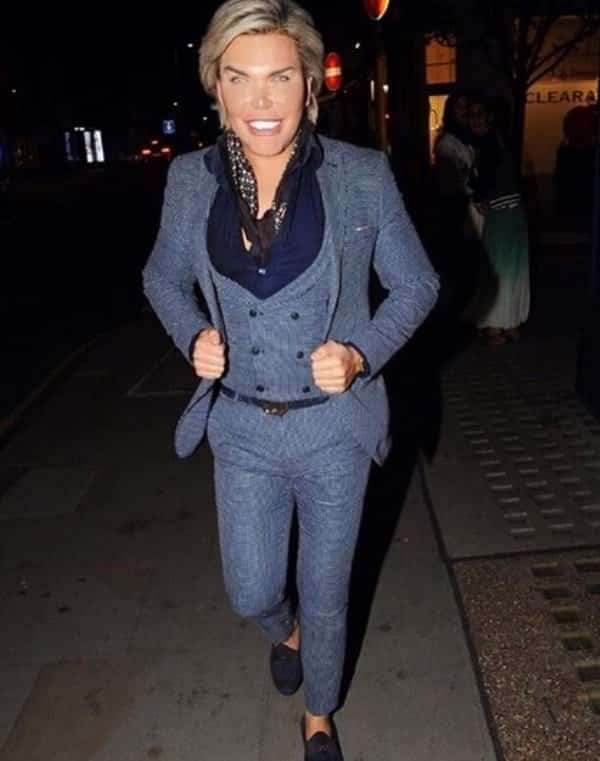 Unfortunately, due to extreme body modification, doctors told him any more plastic surgery would be the death of him.

“Internally, my body is a web of scar tissue.”

So he vowed not to go under the knife again any time soon, and instead has decided on a healthier lifestyle of diet and exercise. 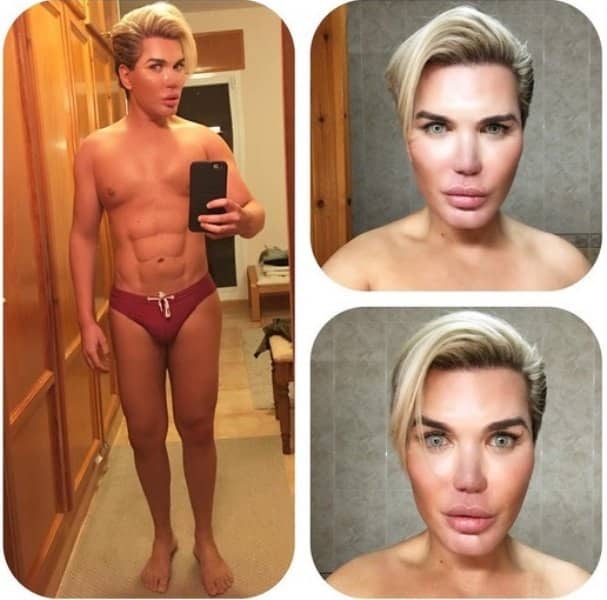 But he isn’t saying never to more procedures further down the road.

“I am very happy to be a man for now but I don’t want to an old saggy man. I will do what Caitlyn Jenner did. When I reach my late 50s, I would rather be a sexy old lady then a saggy old man.”