The world is a big battlefield and only the toughest ones survive.

This is something that several horrified bystanders witnessed in a busy street in Brooklyn, New York.

The battle to death involved two unlikely members of the animal kingdom: a huge rat and a pigeon.

In the two-minute 47-second footage captured by John Freund, the huge rat can be seen savagely attacking the helpless pigeon. 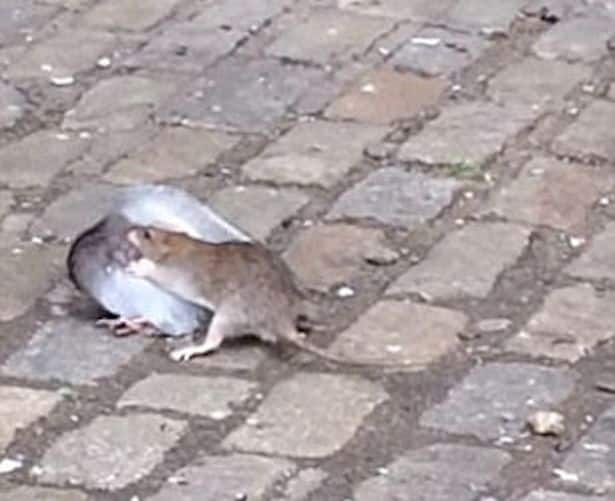 Witnesses can be heard shouting: “Rat versus pigeon, who will win?” and “Run, run pigeon!”

In an attempt to cheat death, the pigeon flapped its wings as the rodent goes for a big bite on the poor bird’s neck. 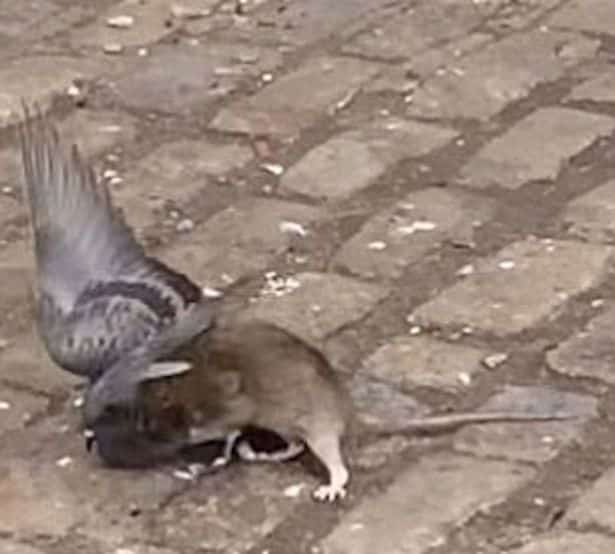 The pigeon almost escaped death as it managed to break away from its attacker’s grip. However, the injury the pigeon sustained was too severe to allow it to fight back.

Defeated, the extremely weak pigeon was seen being dragged by its tormentor into some bushes as its futile flapping stops. 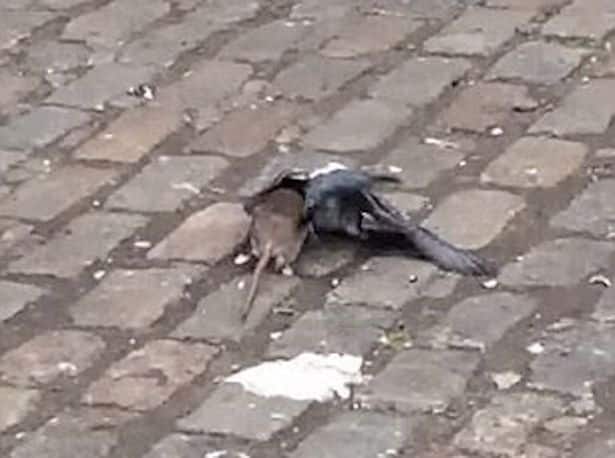 The gruesome footage was originally uploaded on YouTube on August last year but recently went viral after it was shared on LiveLeak.

Watch the horrifying moment below.