Dayko is a 4-year old white Labrador that works as a rescue dog at the Ibara Fire Station in Ecuador. She is every dog owner’s dream because he is loving, loyal and hard working. Dayko died last Friday after he rescued seven people from the aftermath of the tragic Ecuador earthquake last week. Poor Dayko died from severe exhaustion.

Dayko was a rescue dog for Ibara Fire Station for three and a half years. 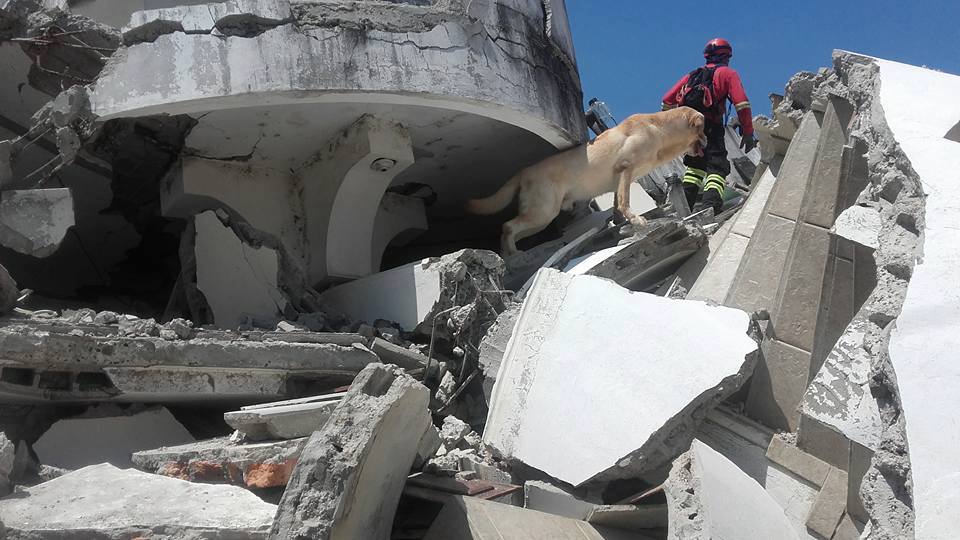 He spent the past several days at Ground zero, searching and rescuing survivors, through the rubble that was caused by the 7.8-magnitude earthquake. Dayko died while on duty as a rescue dog for Ibara Fire Service. According to the fire station’s Facebook post, the cause of the labrador’s death was “massive coronary myocardial infarction and acute respiratory failure.” Dayko has been a rescue dog for Ibara for three and a half years. 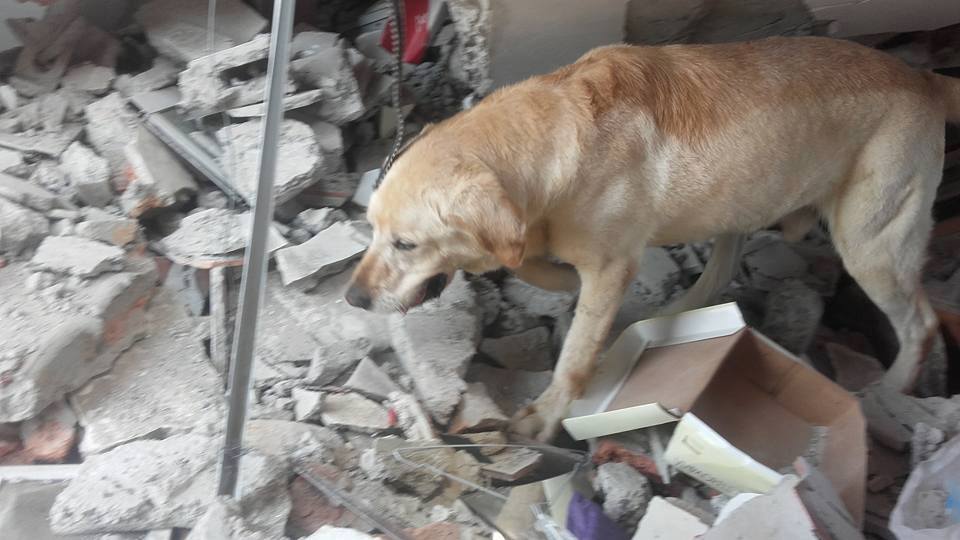 The statement further reads: “We regret to inform you that today the [fire service] is in mourning because [we] just lost Dayko who participated in the work of searching in Pedernales. This four legged friend gave his life in the line of duty. Thank you Dayko for your heroic efforts in Pedernales and in various emergencies where you were present. You held high the name of the K9 unit.”

Dayko was a 4-year old white Labrador who had a good sense of smell and a charming charisma. 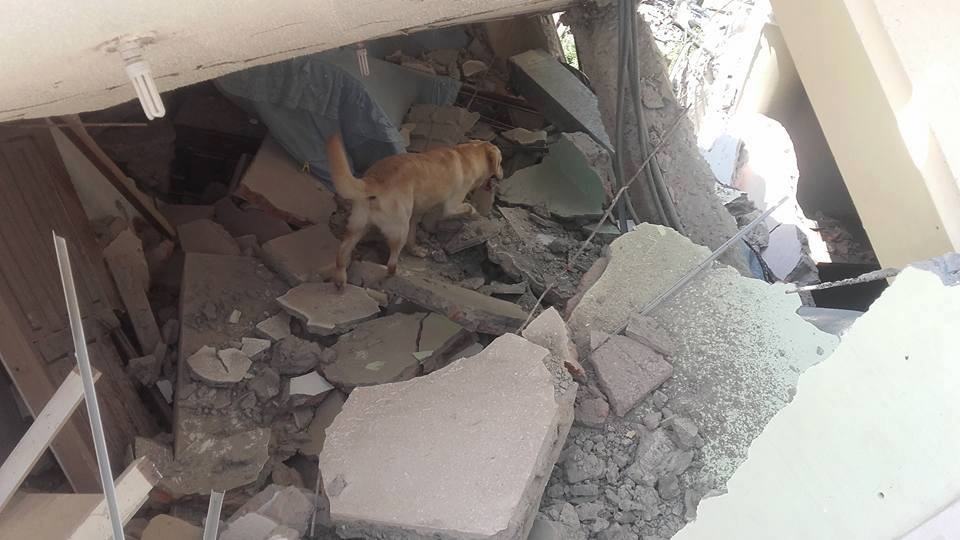 Dayko was known in the fire station for his good sense of smell and unbelievable charisma with people. He was able to establish a very solid bond with his handler, Alex Yela, according to staff of the Ibara fire station. Veterinarians tried to save Dayko after he collapsed, however they were unsuccessful in their efforts.

Dayko's co-rescue dogs gave him a major sendoff as a thank you gift for his wonderful service. 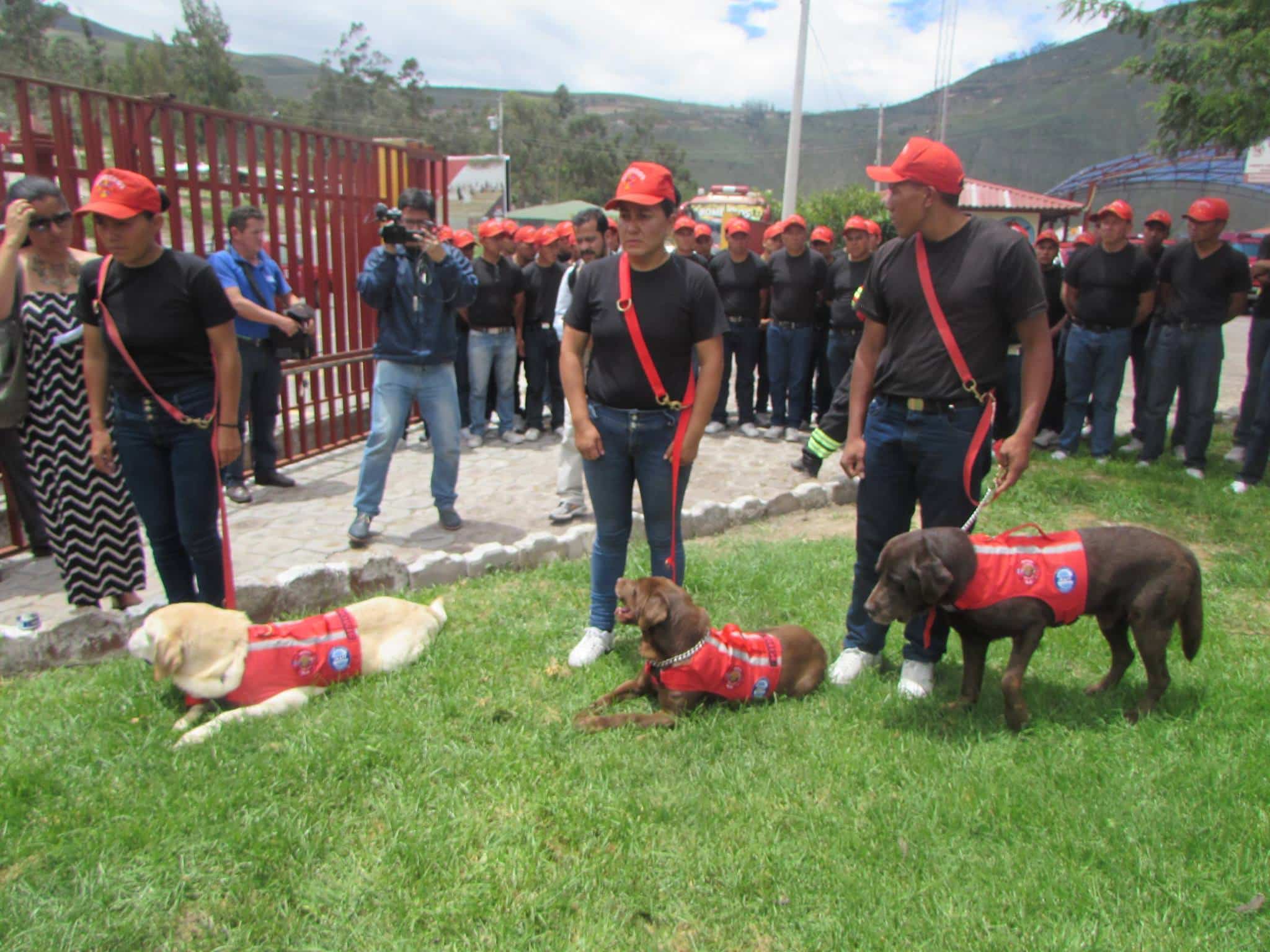 The earthquake that occurred last April 16 inured over 2,000 people and killed at least 654. The said quake left buildings and roads severely damaged and knocking out power lines along the Pacific Coastline. In a statement released to the media, President Rafael Correa said, “Reconstruction will cost billions of dollars,” and the impact on economic growth “could be huge.”