A video uploaded by a netizen on Facebook is already going viral as it features a man who appears to be headless.

A young man named Ivan Mendoza from Philippines shared the video yesterday, on Mar. 16. Elite Readers did some digging and found that the video was taken on Sunday.

The video was taken from across a local bank, a branch of one of the country’s biggest banks. The video may be of low quality but Mendoza insisted that he saw what he saw.

In the video, a man, believed to be a security guard positioned outside the bank, was fanning himself. But what’s eerily striking about the man in the video is that he doesn’t have a head.

Mendoza stated in his post that he thought he was just seeing things or his eyesight is failing him, but something was really off about the video. He said he told his cousins about it, but they found it hard to believe him as well. But when he started capturing what he saw on video, he swears it is what it is.

It was indeed a creepy and strange sight to see and anyone couldn’t possibly have an answer to why a headless man was caught on video. Netizens couldn’t even believe what they saw. Some of them find the vid creepy, while others believe it was fabricated or made through a mobile phone app. 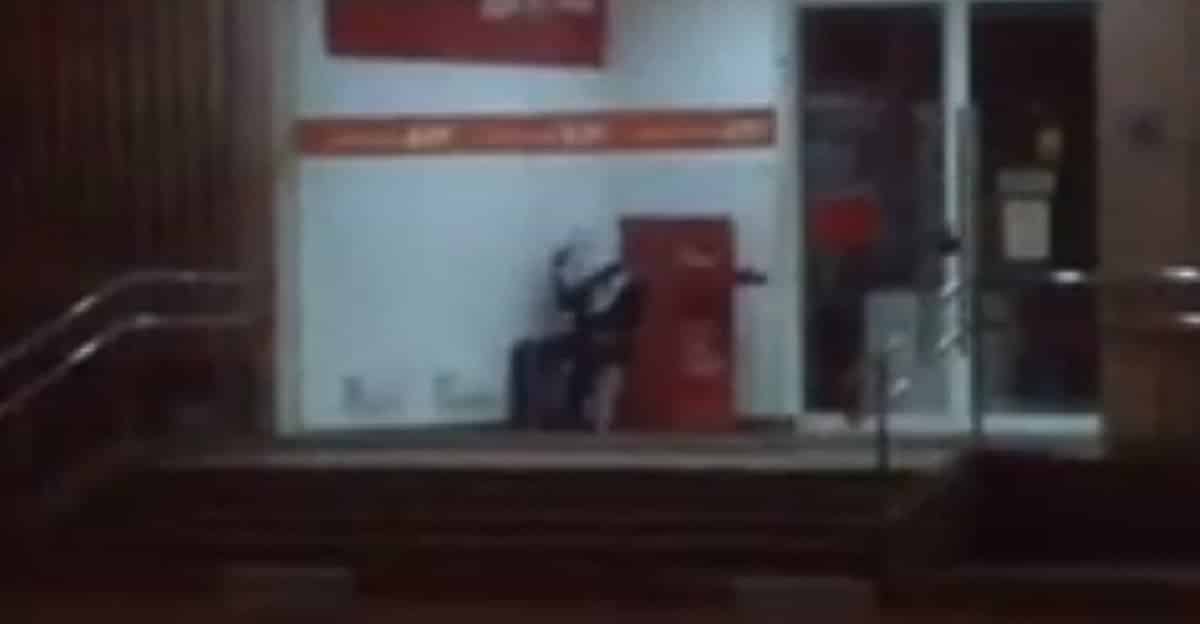 Superstition has it that if a person spots another person who appears to have lost his head, the latter is said to be in real danger, specifically – the person will be nearing his death.

While people are debating whether it’s real or not, the viewer should be the judge on the authenticity of the video.

It’s too early for Halloween, but check out the video below and see for yourself.

You have to admit, it is kind of creepy. If this post freaked you out, share it to your friends today.