Looking for a bit of adventure anytime soon? Why not up the ante of your travel bucket list as you visit the coolest underwater cities in the world? We’re all so used to going to theme parks, beaches or mountains for a vacation, so why not an underwater city this time?

Whether these cities may be submerged or just partially water logged, they are spectacularly amazing that’s for sure. So get your dive suits, masks, flippers and snorkels on and let’s all get ready for an underwater adventure even Spongebob and Patrick would approve of.

1. The Lion City in China 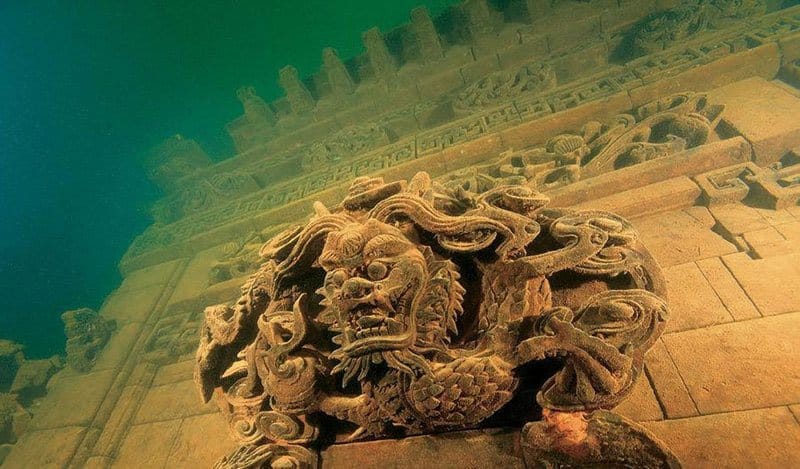 Approximately 1 foot beneath the surface of Qiandao Lake in China sits the Lion City, which is over a thousand years old. The story is that the Chinese government intentionally flooded the city to make way for the construction of a hydroelectric dam in 1959. Yes, as with most things ancient, this is what you do. Or not. The underwater city became accessible to tourists thanks to several dive operators. You get to swim-tour ancient stonework lions, dragons and pheonixes. It’s a whole new culture down there. 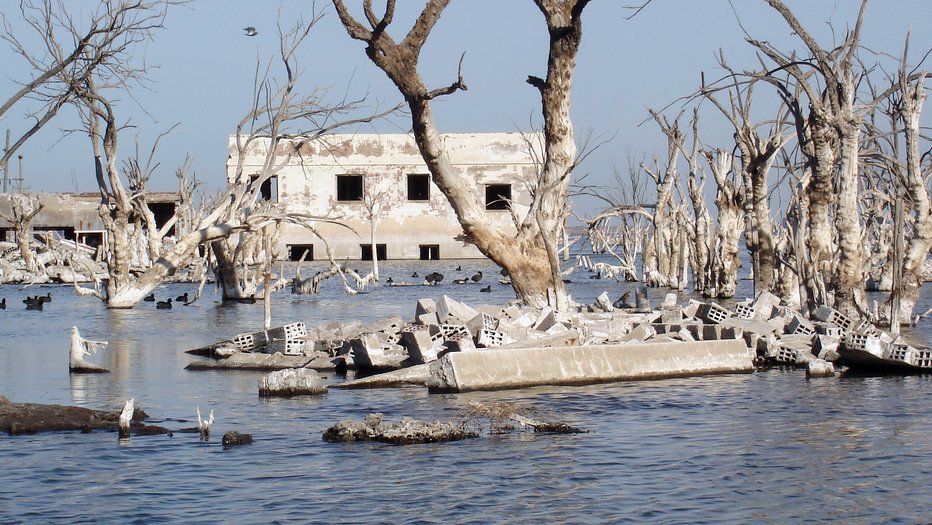 The little town of Villa Epecuen served as the home of around 5000 people before a dam broke back in the 80s and submerged the whole place in saltwater from the neighboring lake. While parts of the town are still flooded, majority of the waters have receded, exposing a very parched and salt-clogged environment. Tourists are treated to the view of rusty bedframes, cars, staircases that lead to nowhere and a cemetery with exposed skeletons. 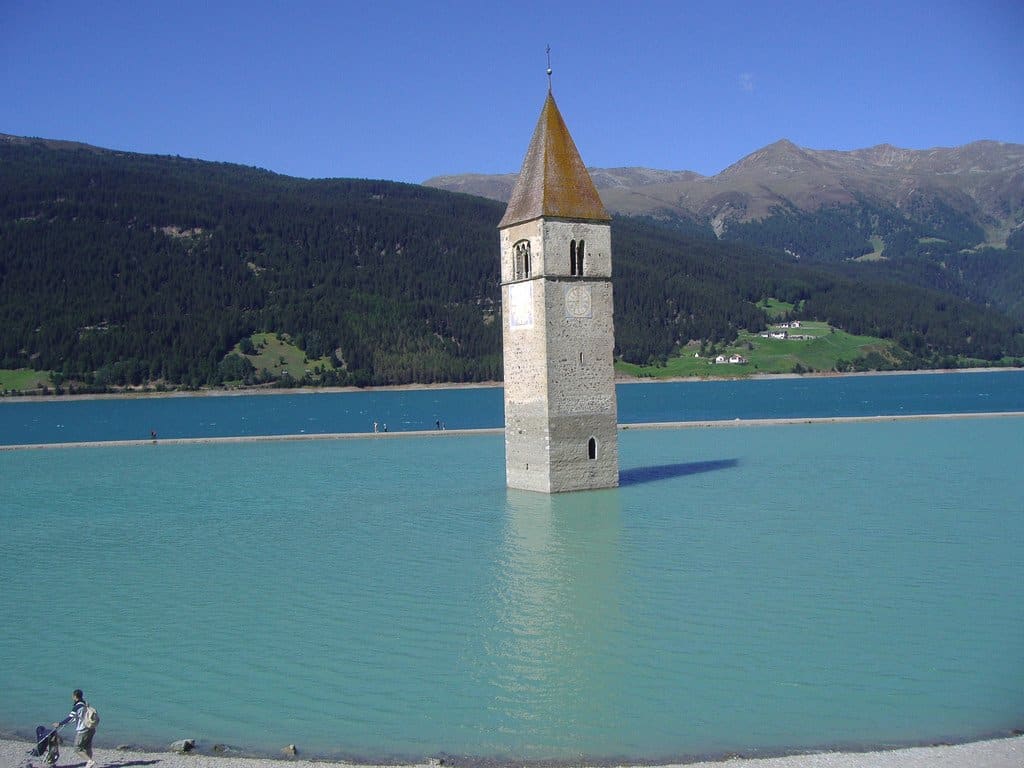 Lake Reschen is found in Northern Italy and somewhere in the middle of the said lake sticks out a 14-century church steeple. The town of Reschen was destroyed centuries back and intentionally flooded, however, and obviously, the church remains. The said steeple is accessible by foot during winter when the lake freezes. 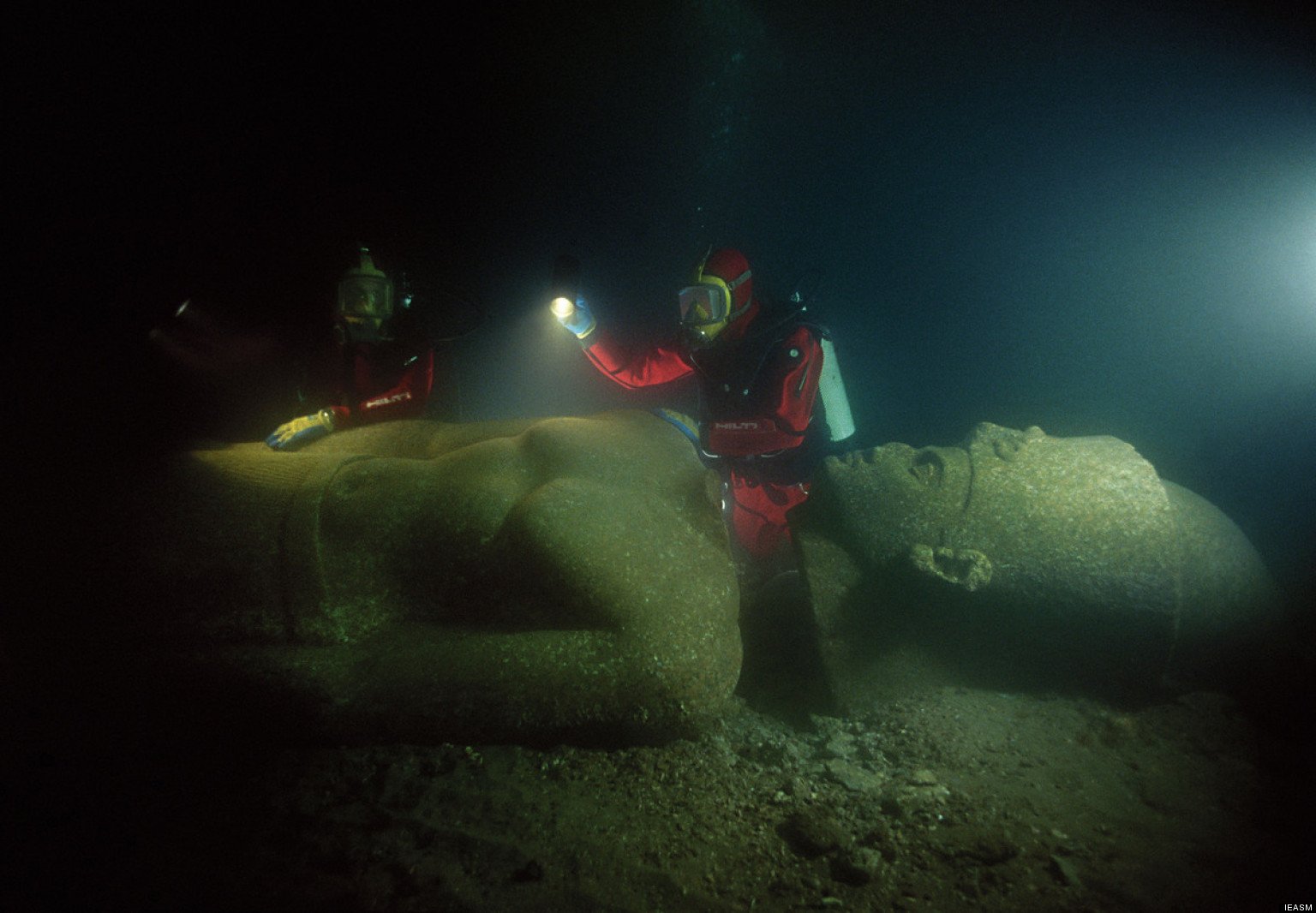 Thonis-Heracleoin was founded in 8th century BC at the mouth of the Nile River and was one of the most important trading ports in Egypt back then. As time passed, the city extended into a maze of tunnels and canals around a temple until a series of natural disasters led to the city’s flooding in 8th century AD. The city was rediscovered in year 2000 at the bottom of Aboukir Bay. Divers get a glimpse of hieroglyphic slabs, mummies, shipwrecks and statues. 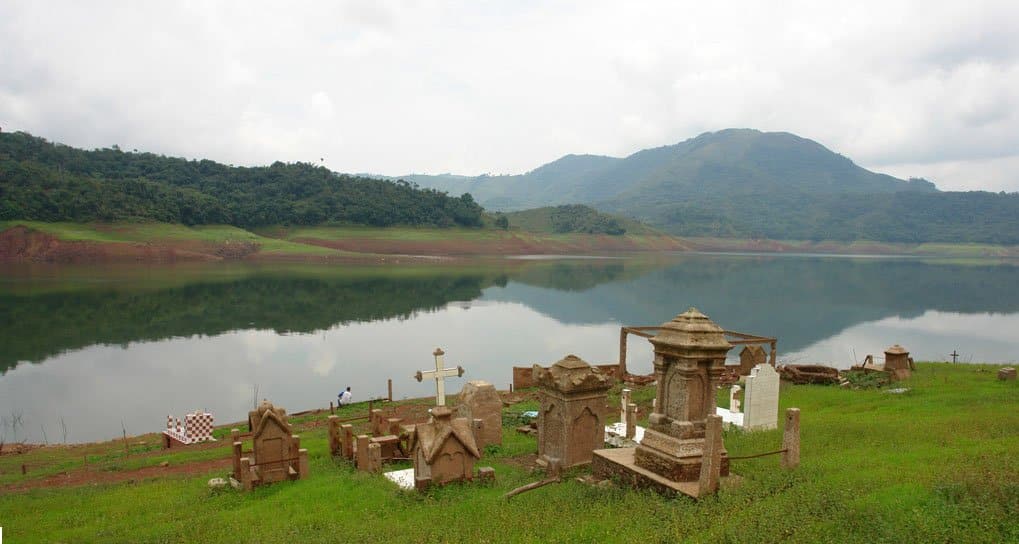 The town of Potosi was deliberately flooded in 1985 to build a hydroelectric dam. A crooked cross became visible at the surface, until slowly, remnants of the church façade came to being after a drought struck Venezuela in 2008. Today, the church sits on dry land and Venezuela is trying to overcome an energy crisis. 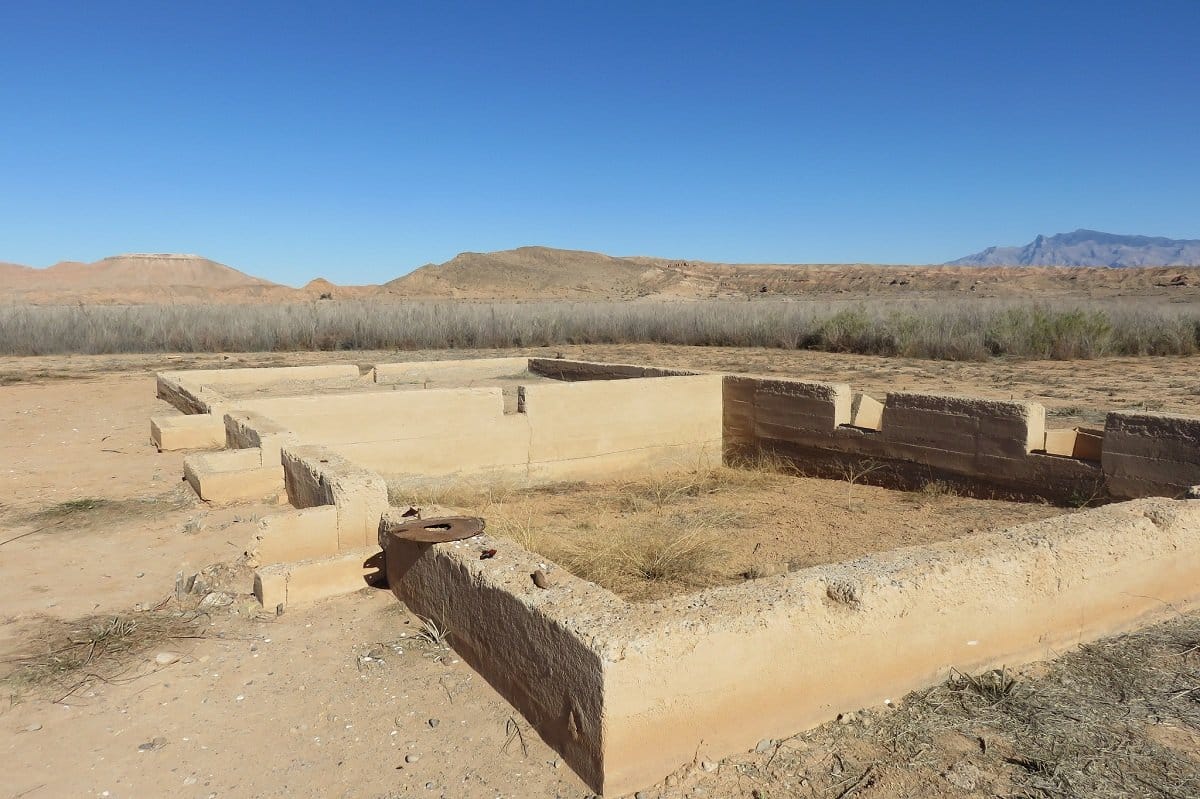 The place was founded in 1800s by the Mormons and later on bought by the US government around the 1920s. What was once St. Thomas became part of Lake Mead in the late 1930s, until a drought hit it last year and it became bare again. 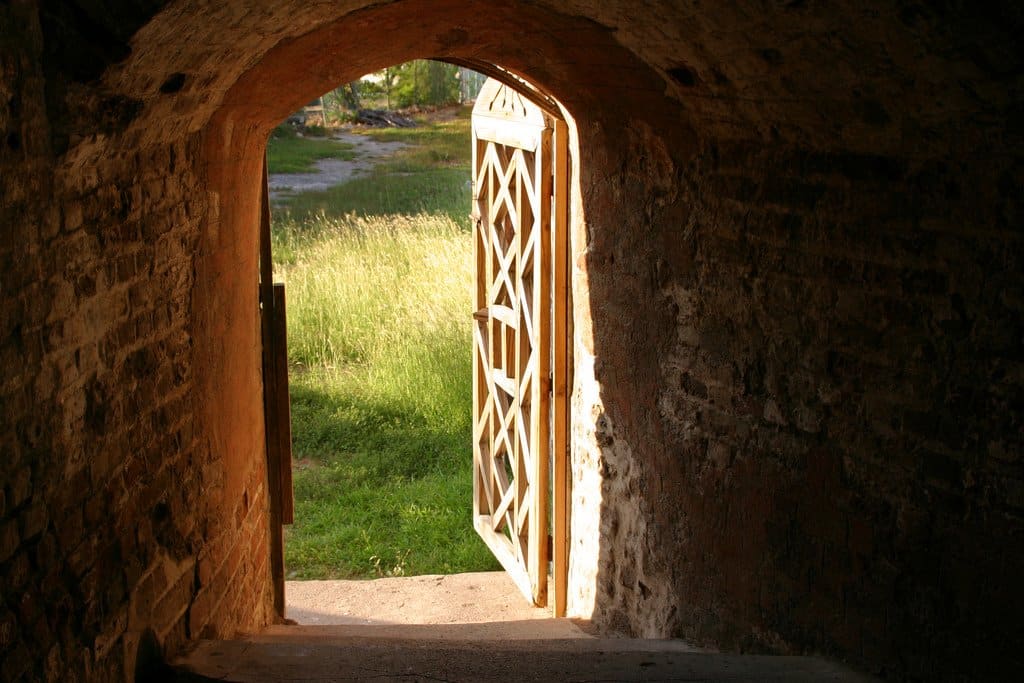 What was once called the “wickedest city”, Port Royal was once the one-stop shop for booze, prostitution and pirates. Yes, there were real-life pirates back then who enjoyed doing pirate-y things. In 1692, part of the town got submerged by an earthquake and tsunami, so now sunken ships and fallen buildings are 40 feet under water. 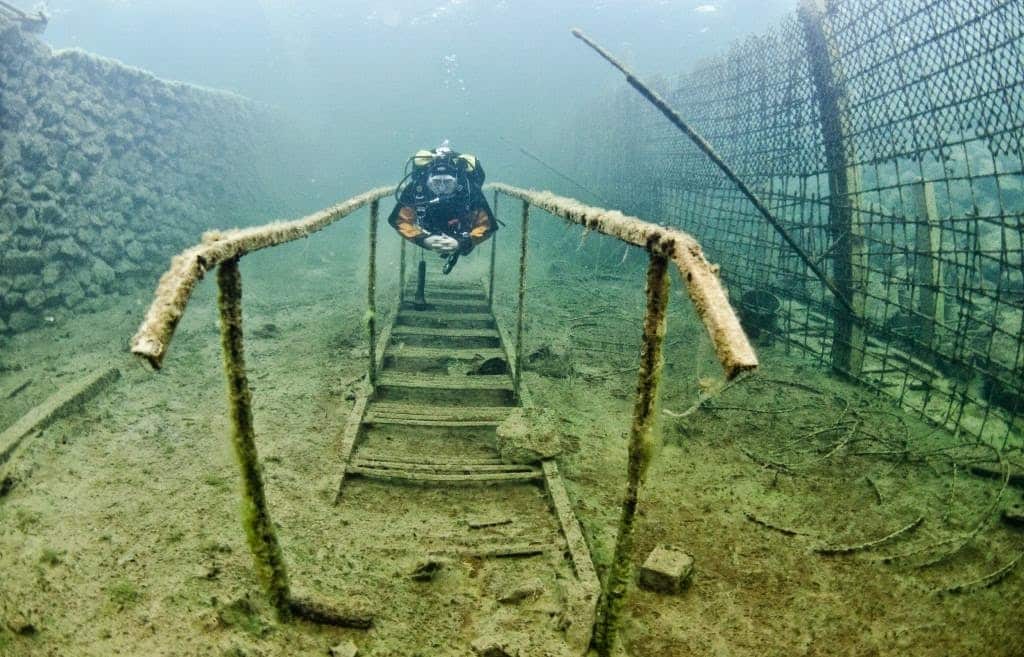 The Rummu prison sat conveniently beside a limestone quarry that provided work for the inmates. When the prison closed down and the quarry turned into a lagoon, parts of the prison submerged. Divers can check out claustrophobic rooms, razor-wire fences and well, a lot of prison related stuff.

So the next time you think of going on a vacation, try visiting these places and let us know if they’re as haunting as they seem to be.