We’re all familiar with that old saying that says you “don’t judge a man until you have walked a mile in his shoes.” Well, we’re thinking that this dude took that statement quite literally.

BroBible video correspondent Brandon Cohen was determined to find out “why girls won’t stop complaining about wearing heels,” according to the video description. Eventually, he “decided to show them what wimps they are.”

Turns out things weren’t as easy as they appeared.

People’s reactions to his unique footwear were amusing. 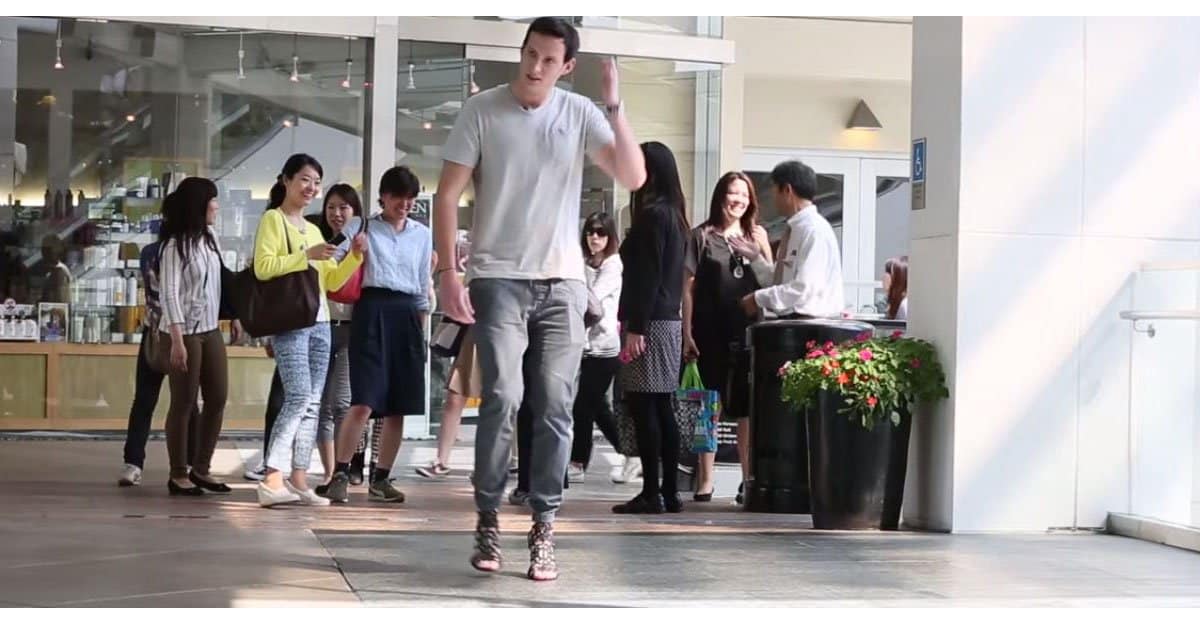 He was getting ready for work and instead of his usual shoes, he wanted to try “something different” for this experiment. A camera crew followed him on his quest – he will be wearing high heels for an entire day.

By 9 AM, he was driving his car while wearing the footwear.

It didn’t take long before he realized it really wasn’t an easy feat to wear heels. While having his lunch break, he already feels grumpy and says he wants to “kill everybody.”

Some stared at him weirdly while others couldn’t help but call out his attention – or even make fun of him.

During the course of the day, a bunch of skateboarders said “Nice shoes, man!” while another lady approached him and said “I really like your shoes.”

At one point, he couldn’t help but declare “I want death” and “Please let me die.”

It was indeed an interesting experiment and by the end of the day, it’s obvious Brandon didn’t feel like much of a success. He officially called it a day by 7:15 PM and although he originally intended to do some other things (like going to a bar, etc), he summed up the experience by saying he’s “in way too much pain” and would rather go home and rest.

So there you have it – the ladies are still the queens of the heels. They get to retain the throne as well as the right to whine if their feet feels painful because of the footwear.

Guys and gals, what are your thoughts about Brandon’s funny experiment? Leave a comment below and let’s talk about it!