How’s this for relationship goals? A man has just been spotted casually scratching his wife’s butt outside a store. Not romantic enough for you? The guy then lets his lady love sniff the finger he has been using on her butt.

The video shows the couple standing outside on a parking lot. At first, it looks like the two are trying to get intimate in the most unlikely place. After all, the guy appears to have his hand inside his partner’s pants. However, it becomes clear that he is actually scratching the woman’s derriere.

Find you a man who will do just about anything for you, including this. 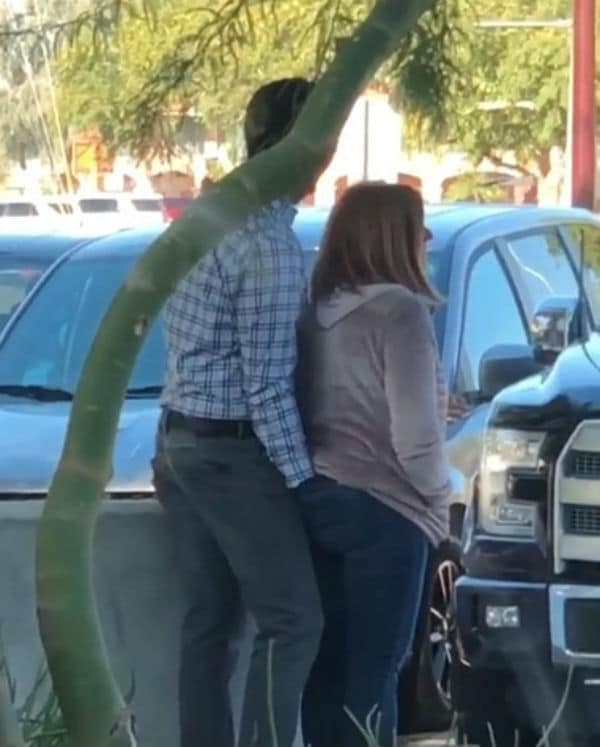 The sneaky scratching goes on for some time before the man finally removes his hand from his lady love’s pants. It is then that he does the unthinkable. The guy holds out his finger to the woman, who proceeds to sniff the digit.

You might think that the lady would freak out once she realized she had just smelled her own bum. However, she seems to find the scent agreeable and continues to cuddle with her partner in the parking lot. And they say romance is dead.

The video certainly has people asking questions. Some are wondering why the couple was standing out in the parking lot to do the sneaky butt-scratching session. Others were simply concerned that someone was recording the two while they were outside the store.

Ahh, romance is in the air. 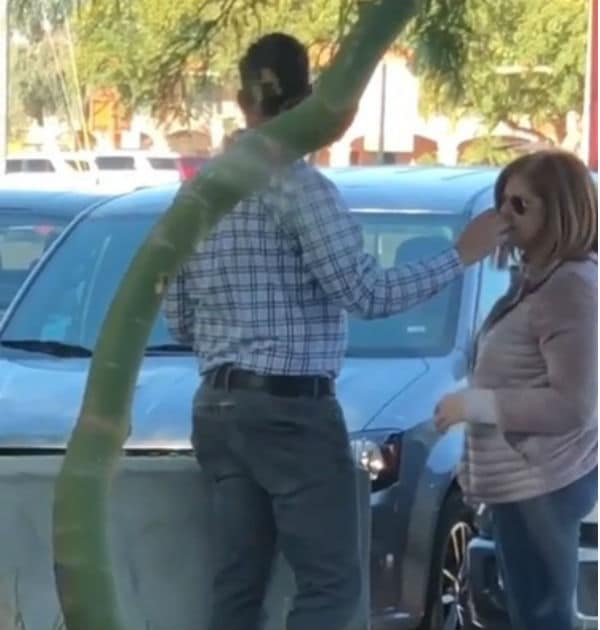 It’s certainly a hilarious video but it has also made people reconsider their relationship goals. “I wish someday I’ll find someone as crazy as me,” one netizen wrote. “That’s a damn good hubby right there,” said another comment.

Whether you see the video as “#relationshipgoals” or “just humans being humans,” there is little doubt that this guy and his wife have gone viral. If they don’t inspire you with their “romantic” ways, you can at least admire them for their body confidence.

Watch the romantic display below: