It seems like guys are getting more and more creative in their ways to get their girlfriends to say yes to their proposals. They’ve become very slippery, too. 38-year old fish delivery driver, Ray Smith, searched online for unusual ways to deliver the most important question to the love of his life. 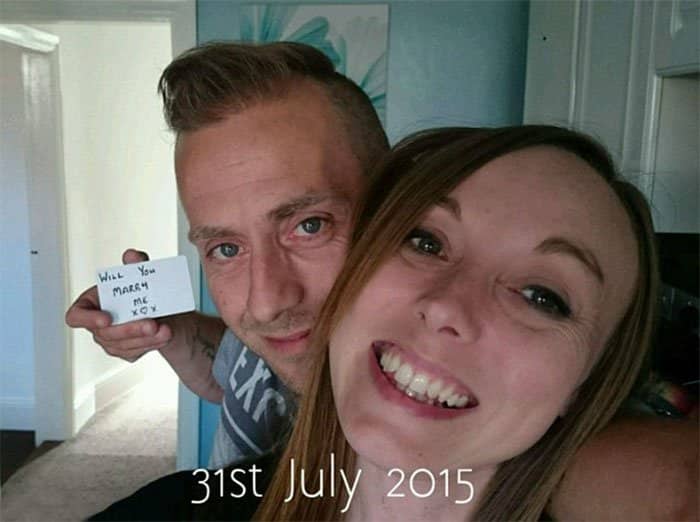 “I searched online for unusual proposals and I saw ideas like flash mobs and that sort of thing,” Smith told Metro. “So I decided to come up with my own idea to take a picture every day for five months.” Coincidentally, Claire Bramley, was pregnant with their child when Ray thought of doing his personal project. He took a total of 148 photos of him and his girlfriend with a card that reads “will you marry me?” written on it hidden in different angles. There were instances when Claire would ask to see the photo so Ray had to take two photos to make sure she didn’t see the one with the proposal.

Ray took over 100 photos with "Will you marry me?" hidden. 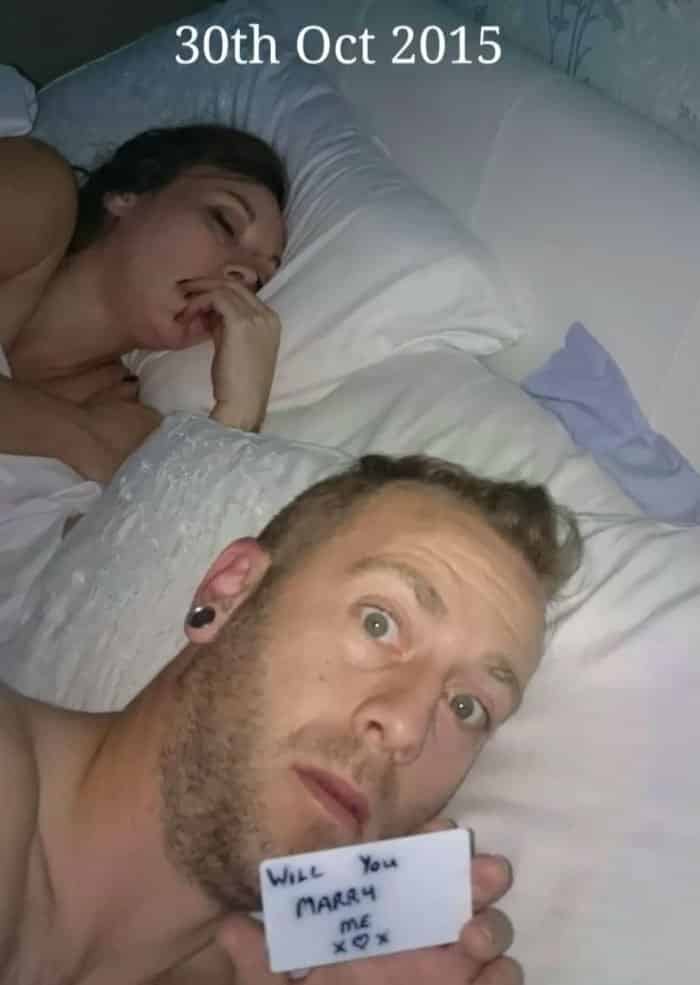 Ray originally wanted to pop the question while on a hot air balloon. Instead he decided to go for the photos because they happen to be more romantic especially when they found out that Claire was pregnant last June. To keep Claire from suspecting about the plan, Ray told her that he was documenting and tracking her pregnancy and the growth of their unborn child.

Claire was totally oblivious to what was going on for five months. “He told me he was taking the pictures to create memories for the baby so i just let him. He likes to do romantic things.” When Christmas approached, Ray felt it was time to finally let Claire know of what he was doing so on Christmas morning, he set up the laptop, went down on one knee and popped the question.