Some of us are truly children at heart and nothing proves that better than this 79-year-old man who has created the first electricity-free amusement park in the world.

Bruno Ferrin looks like your typical lovable grandpa. But behind his friendly face is a physics and engineering genius who has spent his time and energy creating an electricity-free amusement park that kids can enjoy for free!

Bruno Ferrin conceptualized and created all the rides in his amusement park. 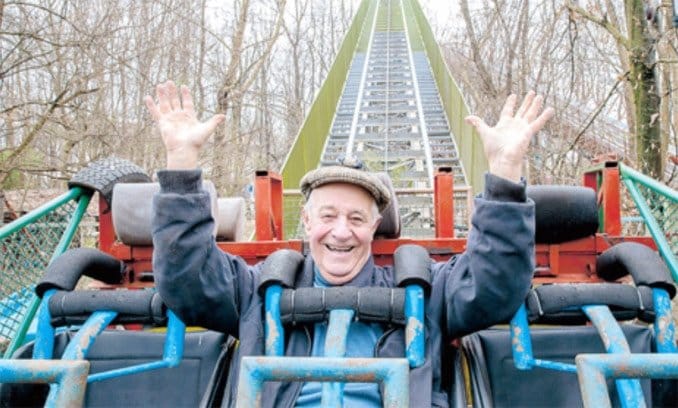 His amusement park in Treviso, Italy has 45 attractions and it caters to kids of all ages. The theme park runs on muscle energy and gravity and while that sounds like a lot of work, it’s actually quite good exercise!

Bruno decided to create his amusement park a month after their family-owned restaurant, Ai Pioppi, opened in 1969. He then took his idea to a local blacksmith from Nervesa della Battaglia, Italy. Unfortunately, the blacksmith didn’t have the time to help out. But that didn’t stop Bruno as he decided to teach himself how to weld to make his dream a reality.

Some of the rides are the typical ones you’d find at a public park. 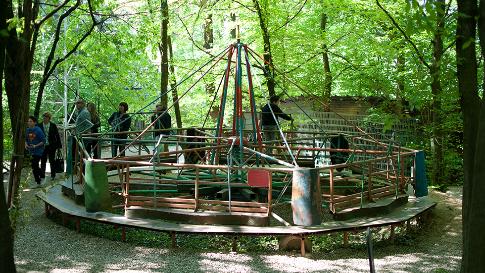 “I get most of my ideas in the morning. When I wake up early, I look around at nature. I’ll see a leaf moving in the wind, then think of a way it can be used for an attraction. Then I start working and don’t stop until I’ve finished.”

He says that it only takes a few hours to create simpler attractions like swings, but the more complex rides can take a few months to make.

But Bruno also has rides for the more thrill-seeking crowd. 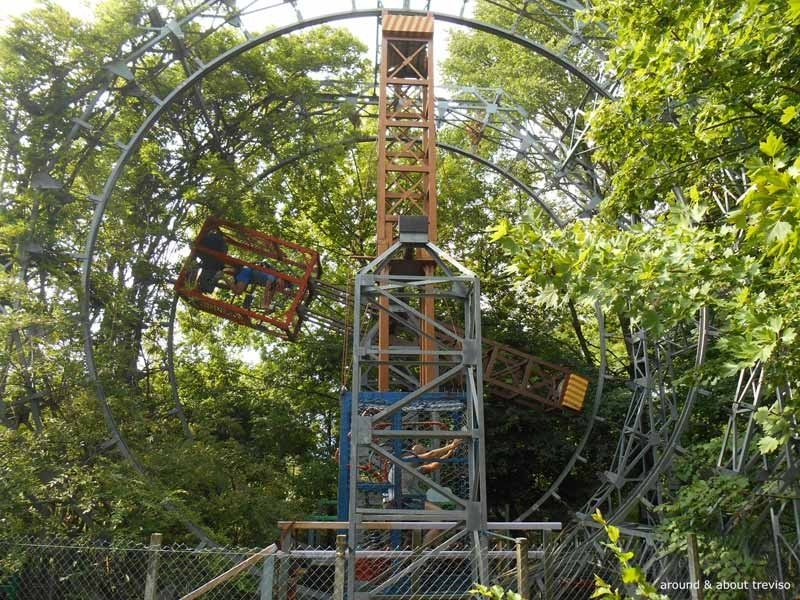 While at his age, his physical strength may be waning, it’s his enthusiasm that keeps him working! He conceptualizes new attractions in his mind, and he insists that he has all the necessary prints right in his head. He thinks about his idea for months, how it can be modified and created, until he has it perfect. And that’s when the fun starts – experimentation.

When asked about his favorite among his creations, he brilliantly answers:

“You can’t ask a father of 10 to choose between his children.”

Entrance to the park is free and the revenue for the park comes from Ai Pioppi, which is also run by Bruno with the help of his family.