It was the habit of Judi Glunz Sidney — one of the owners of the Glunz Ocean Beach Hotel and Resort in Key Colony Beach, Florida — to pick up any trash that was left on the beachfront. One day, as she was doing this, she picked up a plastic bottle. She was about to put it in the trash bag when she noticed that there appeared to be money and something inside it.

At first, Judi thought that it was just another plastic bottle thrown by careless people. However, upon closer inspection, she saw that there was something that appeared to be sand inside it, as well as some pieces of paper and some money.

Judi and her new "friend." 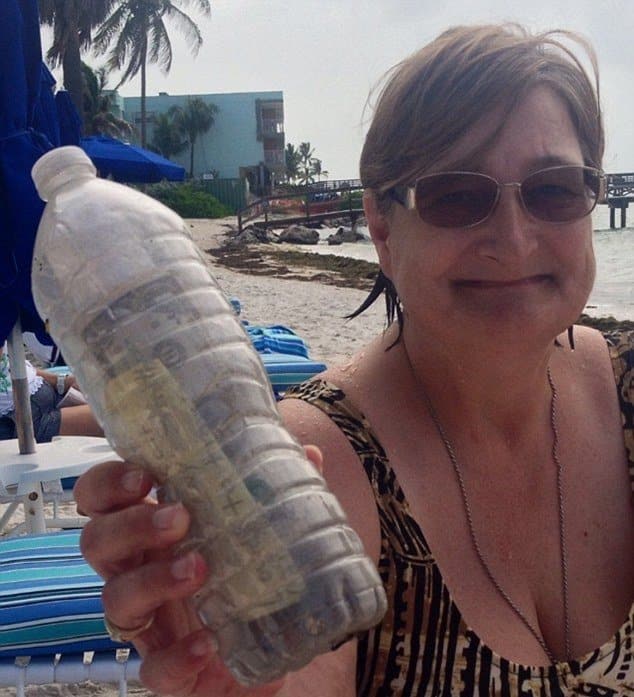 One of the pieces of paper inside the bottle was from a woman named Beverly Smith. She had written,

“My husband Gordon Scott ‘Skinny’ Smith loved to travel. Call and tell me where he is.”

At the back of the piece of paper were Beverly’s number.

Needless to say, Judi was absolutely stunned when she realized that what she had initially thought was “sand” inside the bottle was actually Gordon’s ashes.

His nickname was actually an inside joke among his friends. 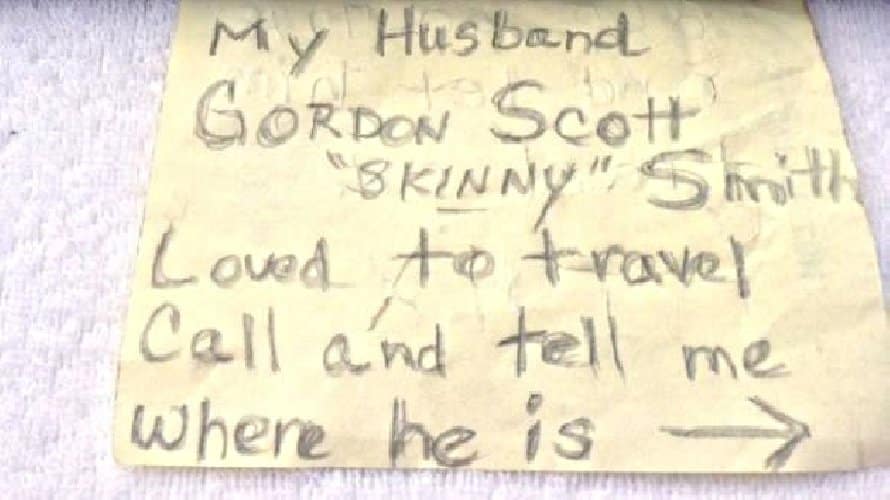 Judi was even more blown away when she got the second piece of paper and read the note from a man named Ross, who was actually the first one to find the bottle full of ashes.

The note from Ross, the first one to stumble upon Gordon. 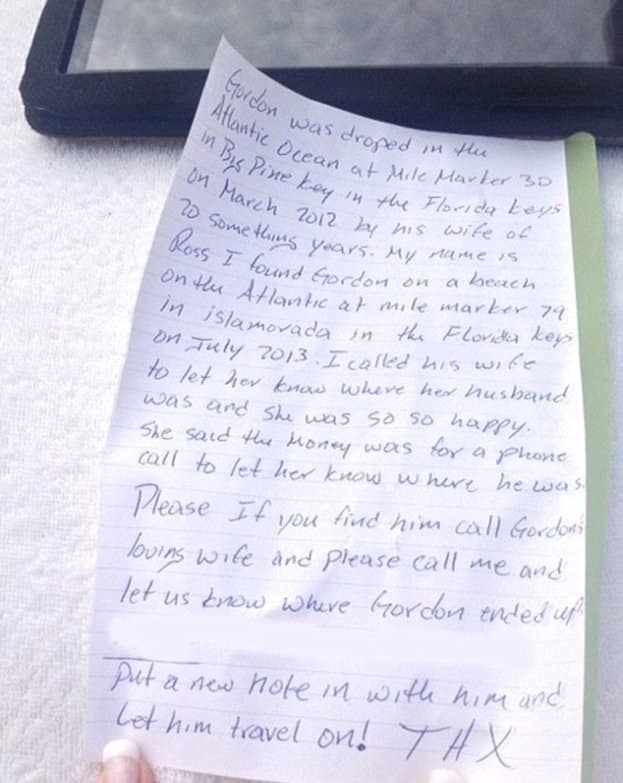 Judi herself called Beverly to tell her that she found the bottle with Gordon’s ashes.

USA Today discovered that Gordon Smith had died of a brain hemorrhage before he could fulfill his dream of traveling around the world.

“We had just gotten back from Costa Rica. We had only been home two hours and he became very ill. He died 24 hours later. I wanted to give him this last adventure. I put a note in the bottle explaining what I’d done and asking people to return it to the sea if they found it. Then I dropped him into the sea.”

Beverly also added $2 inside the bottle so that whoever found it could, perhaps, use the money to call her.

The man in the bottle: Gordon with loving wife Beverly. 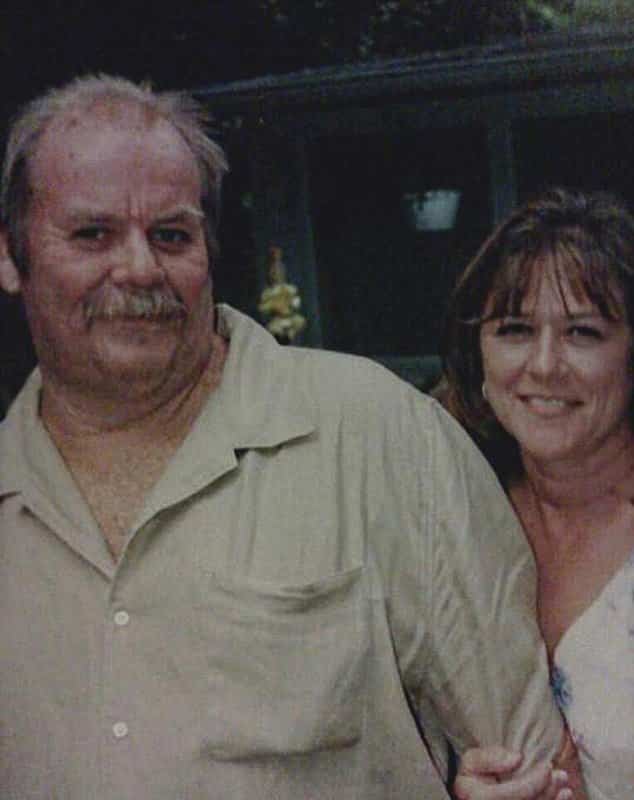 Nevertheless, Beverly — who lives in Big Pine Key, Florida — was astonished when she got a call from Ross and then later from Judi.

After calling Beverly, Judi and her husband transferred Gordon’s ashes into an empty rum bottle. They added a note of their own and another dollar for Gordon’s extraordinary adventure.

Judi and her family before sending off Gordon again on his journey. 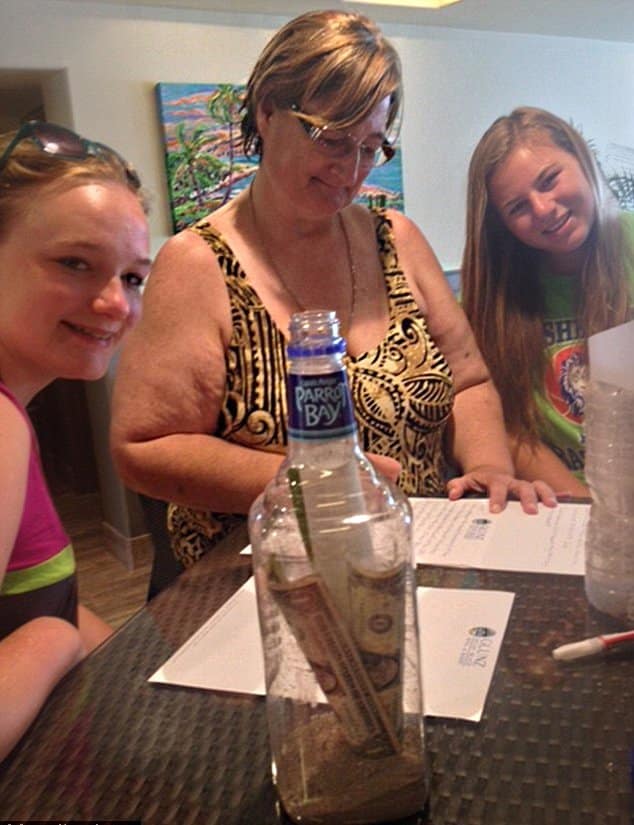 Meanwhile, Beverly said she is comforted by the goodness of people like Ross and Judi. She still mourns Gordon’s death, saying,

“You don’t ever get over a person like him. He brought out the best in people and he gave his best.”

“I’ve had a rough time losing my best friend. You can’t change it but you can lift your head up and be thankful that people can still appreciate love stories — real love stories.”

As for the rest of us, we can’t wait to find out where Gordon pops up next. Who knows? We may run into him one of these days.